Gillian Wearing’s sculpture of the British feminist and women’s suffrage campaigner Dame Millicent Fawcett, unveiled today, is remarkable in a number of ways. The bronze work is the first statue of a woman to be erected in Parliament Square, and the first by a woman. However, it’s also unusual, as Wearing – a Turner Prize winner – doesn’t usually work in bronze. She’s much better known for her video and photography series. There’s just a hint of this in the Fawcett statue, which holds a sign reading ‘Courage calls to courage everywhere’. 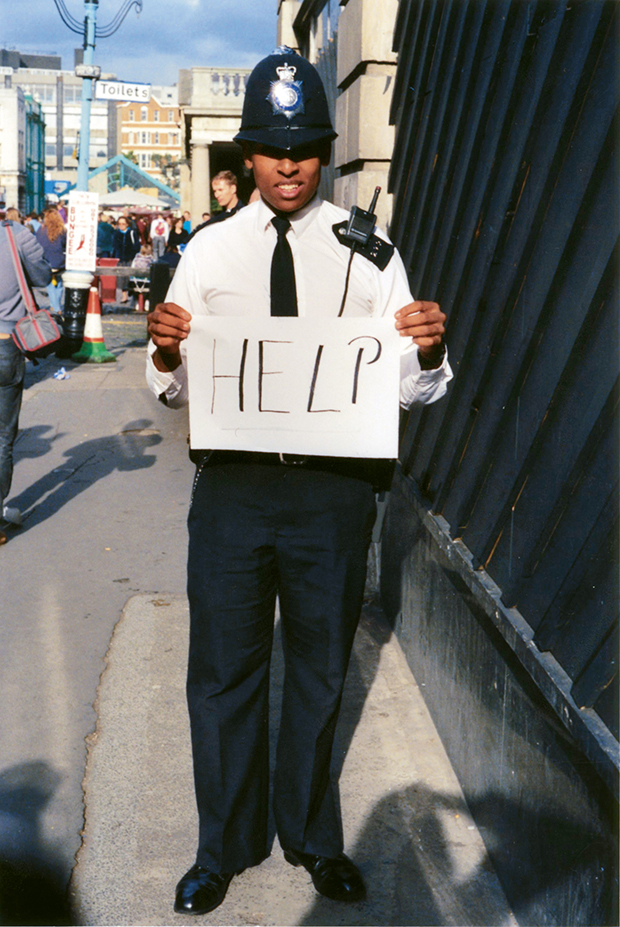 The quote comes from one of Fawcett’s speeches, yet the format, alludes to Wearing’s series Signs that say what you want them to say and not Signs that say what someone else wants you to say (1992-1993), in which she approached 600 or so members of the British public and asked them to write about what they were thinking about on a sheet of paper. 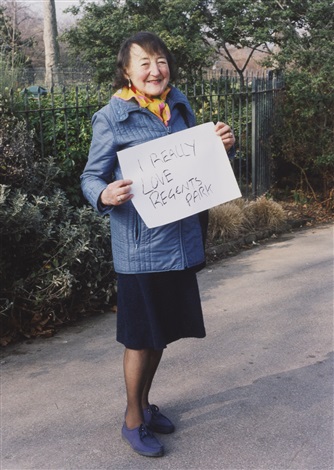 “I was quite shy when I first started that project and I couldn’t approach anyone – or I thought I couldn’t anyway,” she tells curator Donna De Salvo in our Gillian Wearing book. “Then one day I happened to go into Regent’s Park, and I realized that I just had to do it: I had to pluck up my courage and approach strangers.” 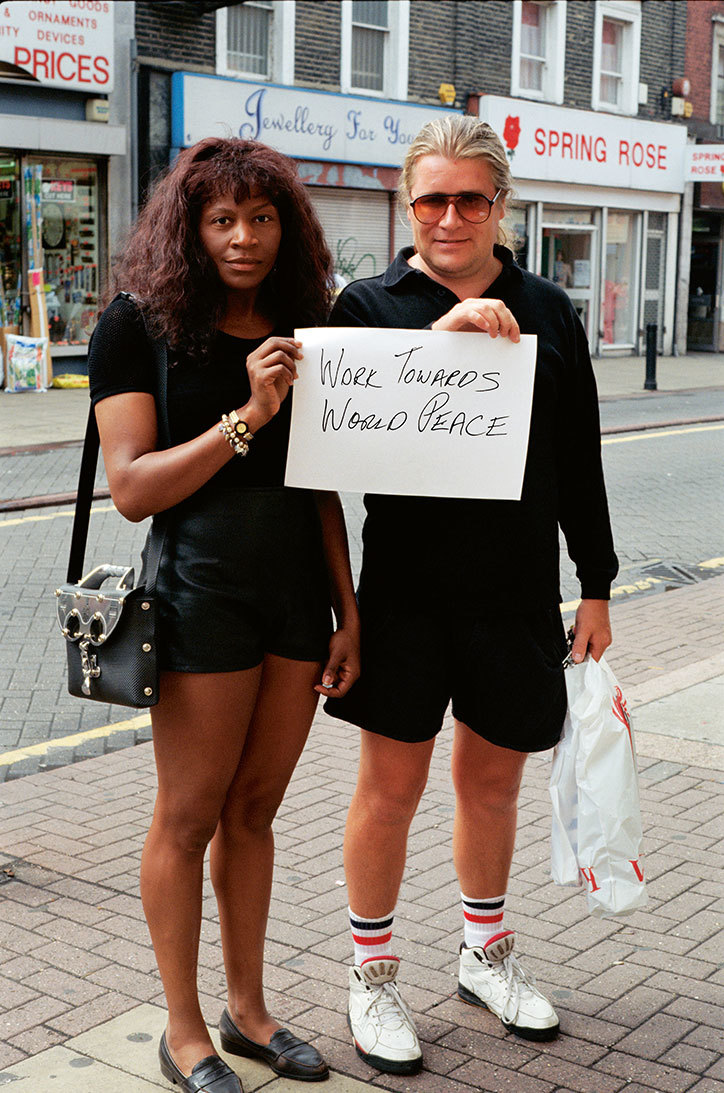 “From that moment I just knew it would work,” says the artist. “It’s hard to stop people in a busy street, but once I actually got the sentence out and explained that I was an artist, and this was what I was doing, I’d say 85 percent of the people said ‘yes’, because they seemed to understand what I was trying to do.”

Today, publically expressing one's views seems unremarkable, but, as Wearing explains, back in 1992, things were quite different.

“I think people just felt ‘I can say something’, and that it was a nice idea that they had been approached.”

Some thought they might get paid, others became quite bashful, while others truly opened up to Wearing. 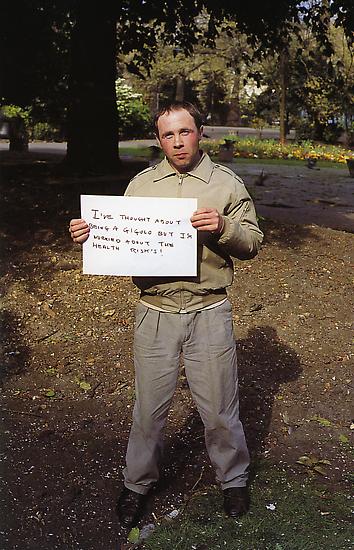 “There was one person I talked to for about two hours,and he actually went through the whole history of his sex life,” she says. The sign he eventually decided to settle on read “I’ve thought about being a gigolo, but I’m worried about the health risks."

That’s quite a remove from the Fawcett sign, yet both address a certain degree of openness and bravery that couldn’t have been conjured up if Wearing simply scripted the signs herself.

“When I looked at these photographs of what people had said,” wearing remembers, “I kept thinking ‘God, you said that!’ For weeks and weeks there were these people saying the most amazing things.”

Now one of her signs will stand at the heart of the British establishment for sometime to come. 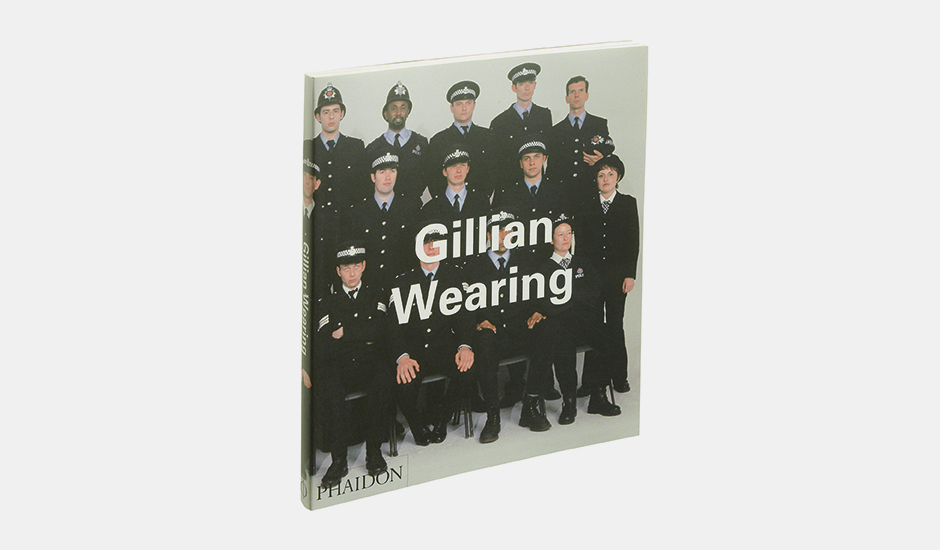 To find out more about this important artist and her work, order a copy of Gillian Wearing here; for more inspirational slogans, get You'd Better Make Some Noise. 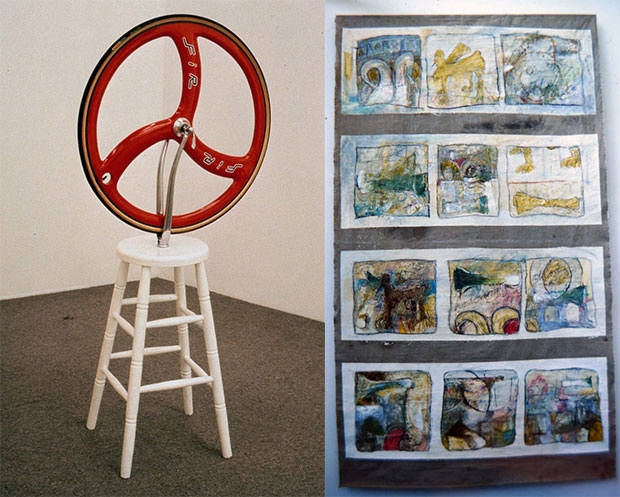 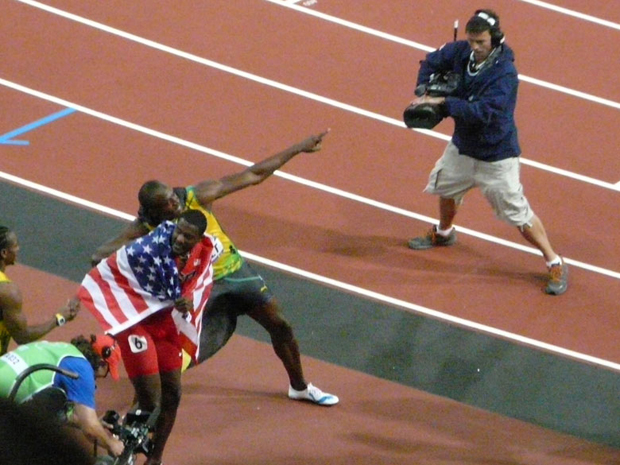 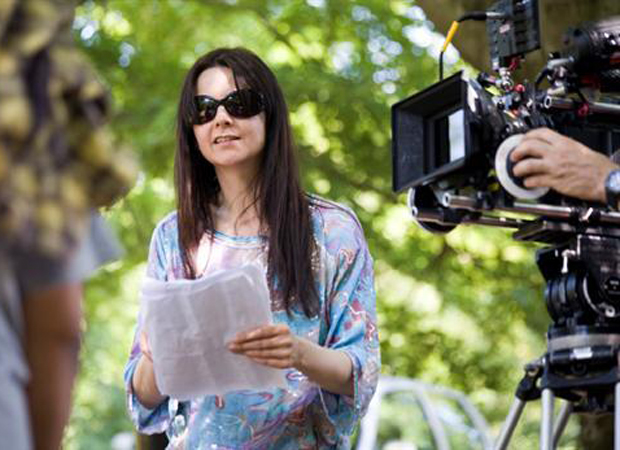