Why American modernism is older than you think

Was Edward Hopper a modernist? Yes, says William C Agee in his book Modern Art in America 1908-68. The art historian argues that by the first decade of the 20th century Hopper had absorbed the avant-garde colour and form techniques of post-impressionists such as Cézanne and Seurat.

How about more traditional US painters, such as Thomas Eakins? Yes again, Agee says, at least in the sense that he helped a subsequent generation of artists focus on real, American subjects, rather than ape more ‘painterly’ European-style scenes. 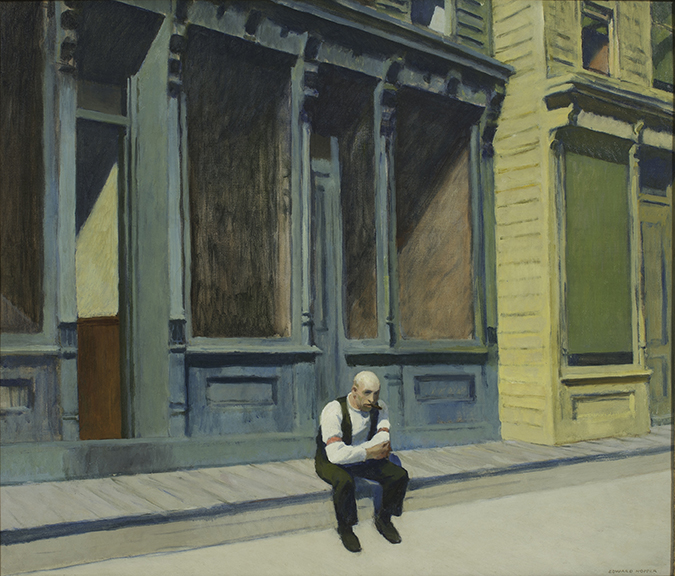 Indeed, Agee’s overarching point, that modern art didn’t arrive in America following the end of WWII, but rather was developing concurrently on the far side of the Atlantic from the very beginning of the 20th century, is now becoming a more widely held view, even in Europe.

Museum Barberini in Potsdam, near Berlin, is currently hosting From Hopper to Rothko: America’s Road to Modern Art, an exhibition which demonstrates many of the points Agee has made, by explicitly setting out to “fill this gap” between early European modernism and the later, more widely recognised dominance of Abstract Expressionism, “by tracing the development of North American painting in the first half of the twentieth century.” 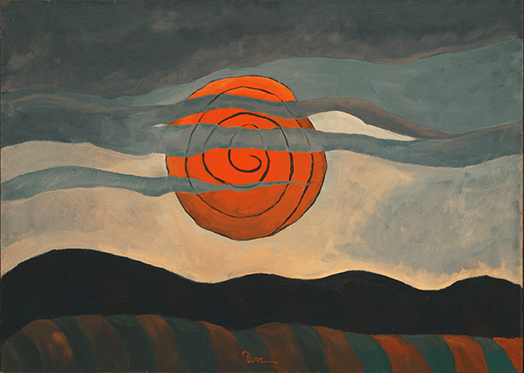 For this show, the Barberini has drawn from the Phillips Collection in Washington, D.C., calling in 68 works of early American modern art to be shown Germany for the first time.

These vary from the distinctly post-impressionist pieces by lesser-known artists such as Marsden Hartley (“America’s greatest early modernist” according to Agee), through to powerful pieces by widely recognisable mid-century figures, including Rothko and Alexander Calder. 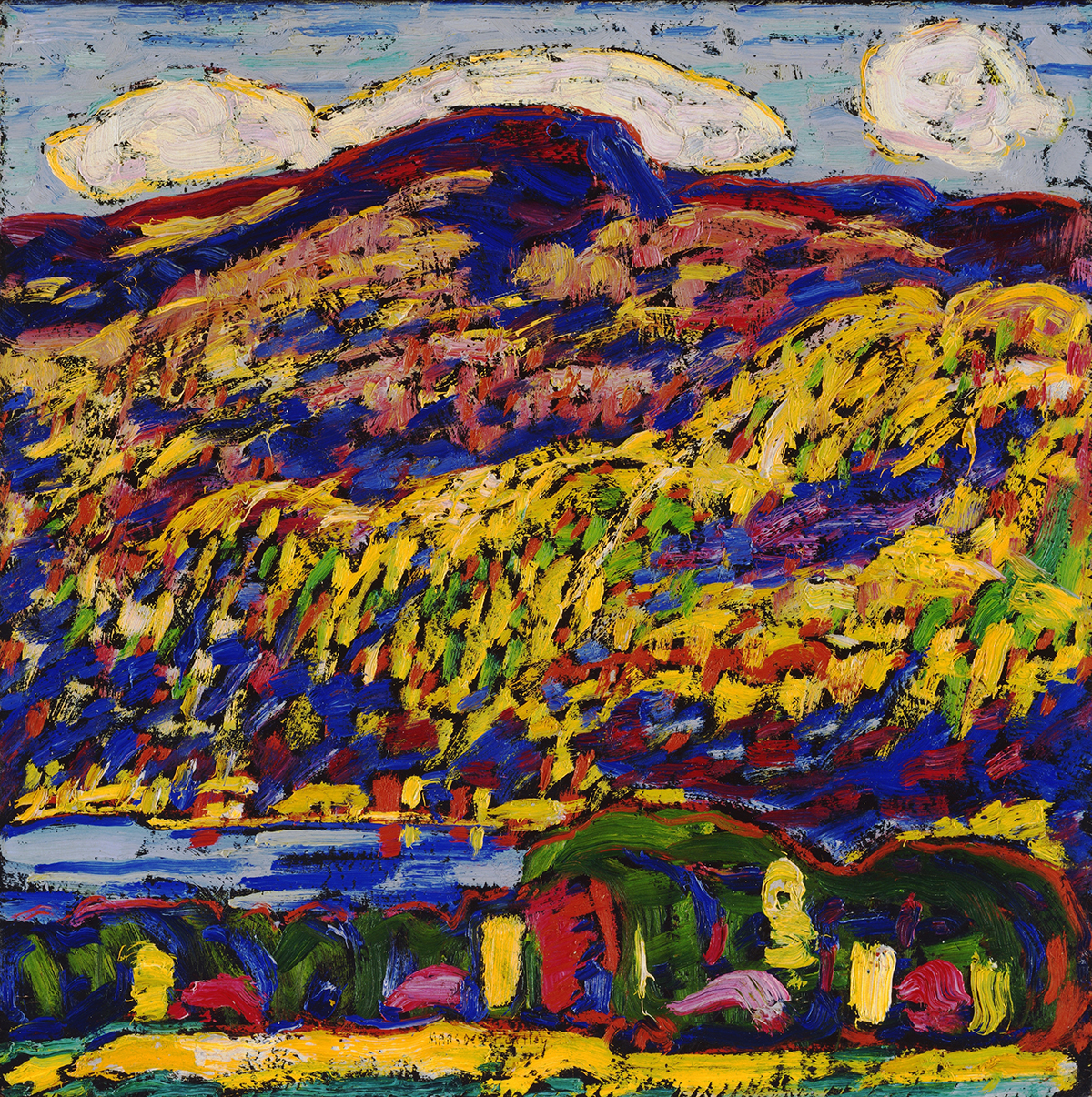 Visually, it’s a treat, yet, from an art-historical point of view, the show is wonderfully engaging too – proof, if any more were needed, that modernism in America is a little older than we first thought. For more on this period, order a copy of Modern Art in America 1908-68 here.

A radical re-evaluation of American modernism through four generations of artists and their work – now in paperback.

"That rarity of rarities, an opinionated but not eccentric scholarly history by a veteran museum curator whose every page crackles with original thinking and bears the stamp of a preternaturally sharp eye? Excellent reproductions and crisp typography complement the lucid prose." —Wall Street Journal

Twentieth-century art in America has long been understood in two very separate distinct halves: pre-World War II, often considered as inferior and provincial; and the triumphant, international post-war work that made a complete break with everything that went before. Agee discovers exciting new connections between artists and artworks, which strongly suggest that 1945 was not such a dividing line in art history after all. His fresh research offers an innovative approach and a brilliant take on art history.

William C. Agee taught at Hunter College since 1988 until his retirement in 2014 and was awarded an endowed chair in 2004, the Evelyn Kranes Kossak Professor of Art History. Prior to Hunter, he held directorships at the Museum of Fine Arts, Houston and at the Pasadena Art Museum. Agee has published numerous articles and monographs in conjunction with exhibitions he has organized on artists such as Stuart Davis, Morgan Russell, Donald Judd and many others, as well as on aspects of modern art in America. His books include American Vanguards: Graham, Davis, Gorky, de Kooning, and Their Circle, 1927-1942 (2011) and Coming of Age: American Art, 1850s to 1950s (2006). Agee is based in Yonkers, NY.

"That rarity of rarities, an opinionated but not eccentric scholarly history by a veteran museum curator whose every page crackles with original thinking and bears the stamp of a preternaturally sharp eye." —The Wall Street Journal

"Illuminating... Modern Art in America is a magisterial book - rich, readable, and resplendent - that promises radically to realign our understanding of a visual age more native and deeply complex in its making than has hitherto been shown." —Art Quarterly

"The quirkiness of Modern Art in America is part of what makes it so valuable. It's not only a heroic effort, but also an intensely personal record of the meditation of one of our most acute and thoughtful observers on the art he cares most about, over a lifetime." —The New Criterion

"Perfect for modernist art geeks eager to question everything they think they know or, really, anyone interested in learning more about this fascinating period in art history." —BOOOOOOOM!

"The rise of modern art in the USA is often hard to define. However, Agee, a specialist in the subject, has risen to the challenge... As interesting to read as it is enjoyable to look at and admire... Masterfully redefines our understanding of country's developments in modern art... The book is a vibrant hub of colour and information that deserves pride of place on any art lover's coffee table." —The Lady

More on Why American modernism is older than you think 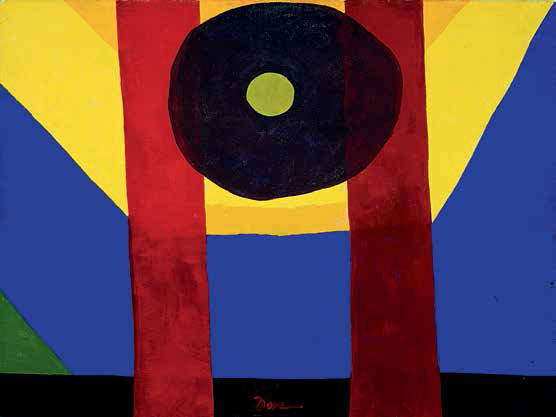