Why this artist and part-time chicken farmer is the missing link between Cézanne, Rauschenberg and Frank Stella

Anyone who believes modernism came to the US at the end of World War II should read Professor William C Agee’s book Modern Art in America 1908–1968. This exhaustive study shows how US artists kept pace with their European counterparts from the earliest years of the 20th century.

Today, Dove’s 1912 solo exhibition at Alfred Stieglitz’s 291 gallery in New York is regarded as the first public exhibition of an abstract work by an American artist. However, art history could have taken quite a different turn, had this somewhat reclusive artist pursued in earnest his other career: chicken farming. 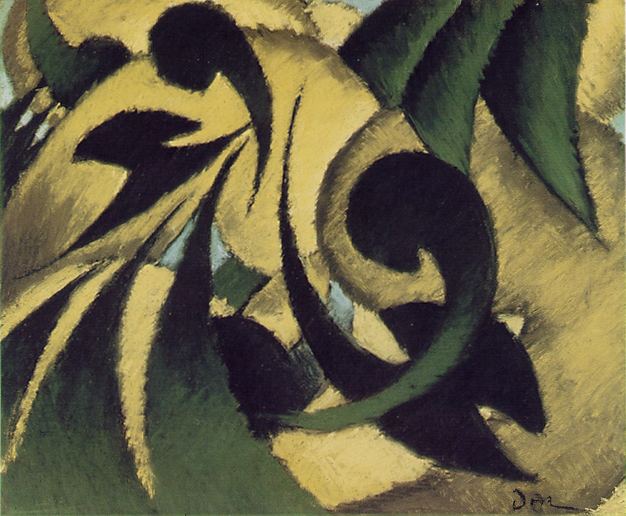 Agee explains that Dove, the son of a rich industrialist, found his route to abstraction came via the French painter Paul Cézanne. Dove travelled to France in 1908, and stayed until 1909, taking in the great post-impressionist artist’s work during his first peak of fame.

Returning to the States, Dove met the photographer and gallerist Alfred Stieglitz, who later granted Dove his solo show. Yet, despite its position within art history, Dove did not feel the exhibition strengthened his career.

He “seemed to have retired to Westport, Connecticut, to run a chicken farm,” writes Agee. “He did little artwork for years, for his quest for independence had in fact cost him his freedom, as well as his calling.” 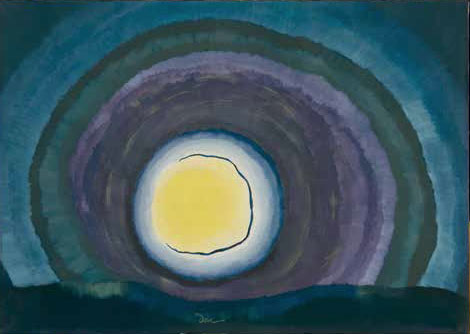 Stieglitz continued to encourage him, until Dove finally gave up farming and resumed painting in the summer of 1921, and also branched out into new modernist modes of artistic production, including collage.

“The most important group of collages created in America before 1955 were those executed by Arthur Dove in the 1920s,” writes Agee. “They number only twenty-five, but together form one of the most radical and daring bodies of work undertaken in the country, or anywhere else for that matter, at the time. In terms of their impact and sheer inventiveness they can be challenged only by those of Robert Rauschenberg thirty years later.”

These works are sometimes dismissed as Americana – perhaps due to their folksy titles, such as Goin' Fishin’ – yet Agee dismisses this interpretation, citing clear, Dadaist influences, such as the work of Kurt Schwitters. 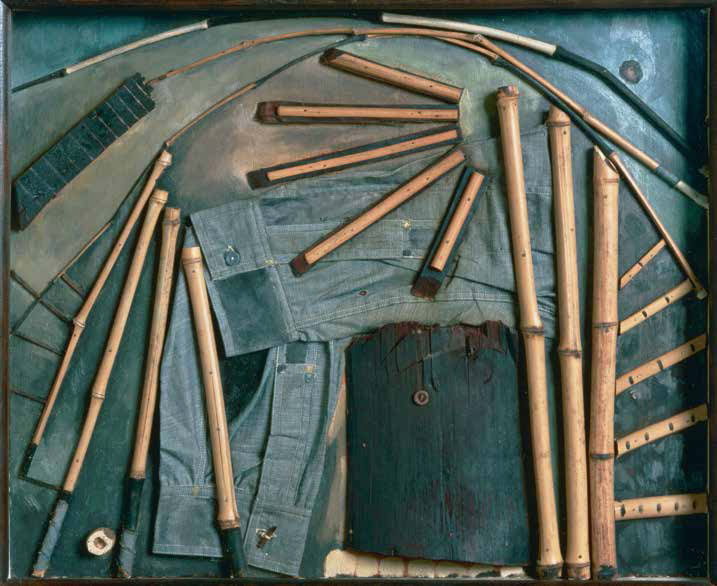 “The collages were carefully conceived – they were not accidents made from chance materials,” writes Agee. “We know from Dove’s journals that he went on purpose to the dime store to search out the exact materials for Miss Woolworth, his first collage in 1924. It is a parody of how he and his wife Reds lived so frugally, seeking out bargains wherever they could.”

This autobiographical element runs through other works, including Goin' Fishin’. “Dove lived on a boat, docked at the pier in Long Island from which the locals fished, as he did himself,” writes Agee, “for he and his wife lived off the bounty of the land and the waters, as his journal makes clear. It is no fantasy then, but rather a depiction of a common, shared experience.”

Dove's lifelong appreciation of nature fed into his landscape works, which feature near abstract images of sky and earth, filled with coloured circles and swipes of paint which Agee sees reflected in younger artists works, such as the Colour Field painters Morris Louis, Kenneth Noland, among others. 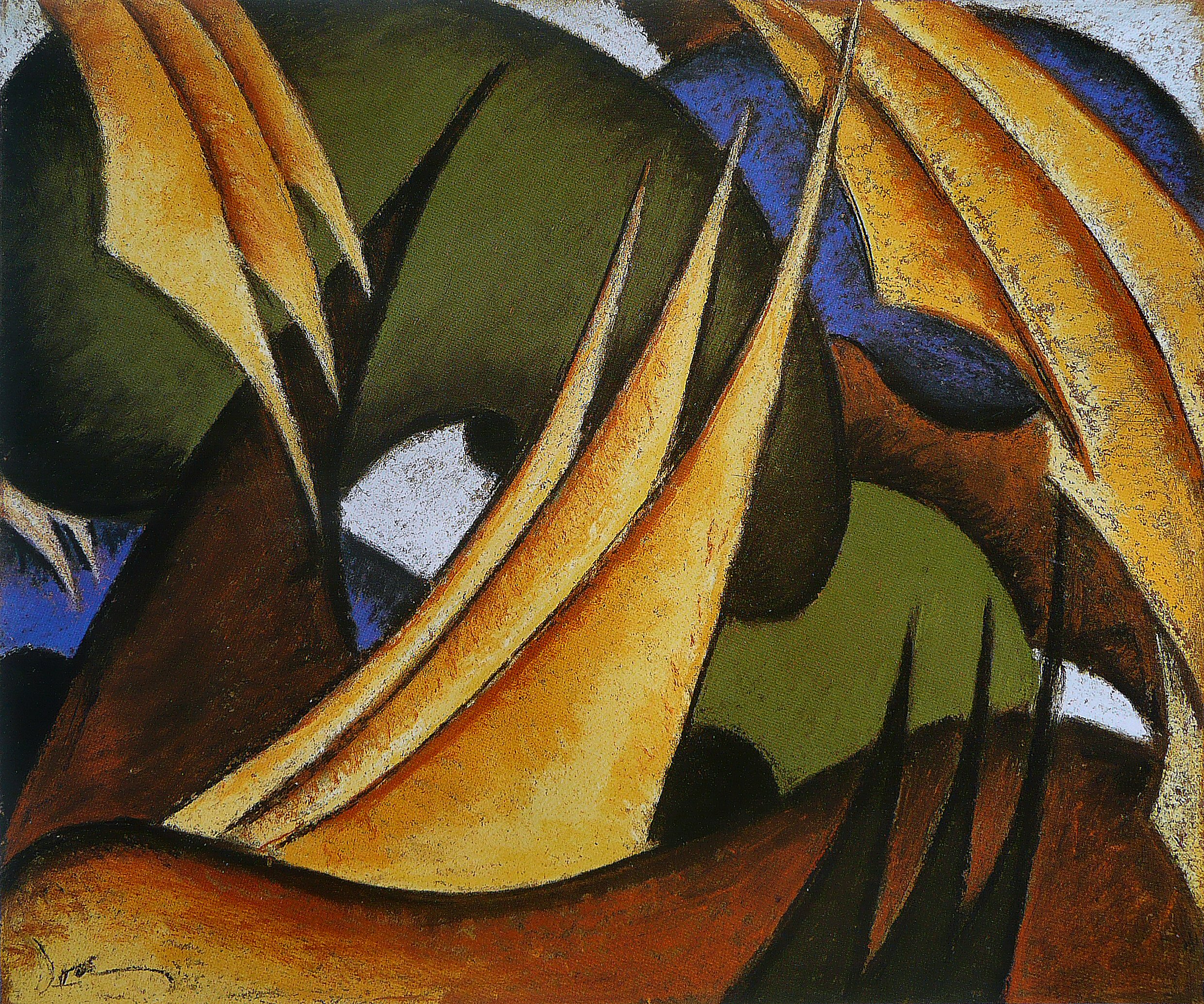 “Frank Stella also felt Dove’s impact,” writes Agee. “‘I loved Arthur Dove when I was young, and I still think he was a wonderful painter,’ Stella said. ‘I would like to be a successor … by following in that tradition.’”

This succession is easy to trace. Dove’s Rain or Snow painting from 1943 used an intense aluminium paint, which Stella later used with equal prominence in 1960.

So, with such prescience and influence, why do we all recognise Pollock and Rothkos at fifty paces, while works by Dove remain a little more obscure? Agee believes that Dove and his contemporaries, such as Georgia O’Keeffe, were scattered geographically, “with no critical mass to assert their presence.” That wasn’t a problem for New York’s post-war ab-exers.

Dove also didn’t dispel this parochial image, even if he was far more deeply schooled in the artistic developments of his day than his ramshackle lifestyle would suggest.

“The image of Dove as a loner, a kind of Thoreau in the woods, is in part true,” argues Agee, “but he was no recluse or hermit oblivious to the world around him. In the 1920s he lived on the water in Centerport, Long Island, an easy commute to New York City, which he did with regularity. He also read widely in world and American literature and art.” 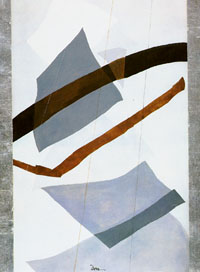 Subsequent US artists, and art lovers in general, should be thankful for Dove’s deft, early adoptions; this houseboat modernist might not be a household name, yet his influence can be seen on museum walls across the world.

For more on Dove and his place within American modernism get a copy of Modern Art in America 1908 – 1968 here.

A radical re-evaluation of American modernism through four generations of artists and their work – now in paperback.

"That rarity of rarities, an opinionated but not eccentric scholarly history by a veteran museum curator whose every page crackles with original thinking and bears the stamp of a preternaturally sharp eye? Excellent reproductions and crisp typography complement the lucid prose." —Wall Street Journal

Twentieth-century art in America has long been understood in two very separate distinct halves: pre-World War II, often considered as inferior and provincial; and the triumphant, international post-war work that made a complete break with everything that went before. Agee discovers exciting new connections between artists and artworks, which strongly suggest that 1945 was not such a dividing line in art history after all. His fresh research offers an innovative approach and a brilliant take on art history.

William C. Agee taught at Hunter College since 1988 until his retirement in 2014 and was awarded an endowed chair in 2004, the Evelyn Kranes Kossak Professor of Art History. Prior to Hunter, he held directorships at the Museum of Fine Arts, Houston and at the Pasadena Art Museum. Agee has published numerous articles and monographs in conjunction with exhibitions he has organized on artists such as Stuart Davis, Morgan Russell, Donald Judd and many others, as well as on aspects of modern art in America. His books include American Vanguards: Graham, Davis, Gorky, de Kooning, and Their Circle, 1927-1942 (2011) and Coming of Age: American Art, 1850s to 1950s (2006). Agee is based in Yonkers, NY.

"That rarity of rarities, an opinionated but not eccentric scholarly history by a veteran museum curator whose every page crackles with original thinking and bears the stamp of a preternaturally sharp eye." —The Wall Street Journal

"Illuminating... Modern Art in America is a magisterial book - rich, readable, and resplendent - that promises radically to realign our understanding of a visual age more native and deeply complex in its making than has hitherto been shown." —Art Quarterly

"The quirkiness of Modern Art in America is part of what makes it so valuable. It's not only a heroic effort, but also an intensely personal record of the meditation of one of our most acute and thoughtful observers on the art he cares most about, over a lifetime." —The New Criterion

"Perfect for modernist art geeks eager to question everything they think they know or, really, anyone interested in learning more about this fascinating period in art history." —BOOOOOOOM!

"The rise of modern art in the USA is often hard to define. However, Agee, a specialist in the subject, has risen to the challenge... As interesting to read as it is enjoyable to look at and admire... Masterfully redefines our understanding of country's developments in modern art... The book is a vibrant hub of colour and information that deserves pride of place on any art lover's coffee table." —The Lady 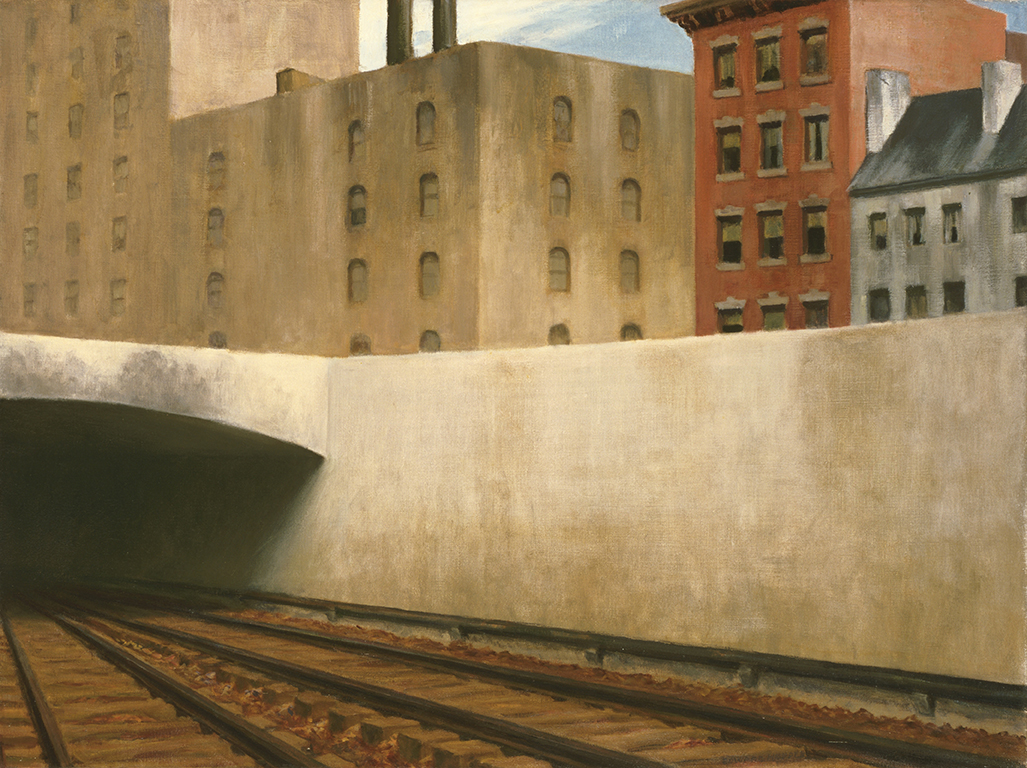 Why American modernism is older than you think