Is this Francis Bacon painting an all time great?

Francis Bacon was not a devoted self-portraitist. As he explained to the French writer Michel Archimbaud in our collection of interviews, the artist did go through a period of painting a great many self-portraits, though only because he couldn’t find anything else to focus on. “That was for want of something better,” he told Archimbaud, “not because I found it more interesting in itself.”

So why has Oliver Barker, Sotheby’s senior specialist in international art, described this 1970 twin study for a self portrait, recently consigned to the auction house and up for auction on 11 May at Sotheby’s as, “number one of all the paintings I’ve handled in my career”?

Two Studies for a Self-Portrait (1970) by Francis Bacon. Image courtesy of Sotheby's

Some of the excitement surrounding the work can be attributed to its relative obscurity. Two Studies for a Self Portrait has been in the same private collection for decades and has only been exhibited twice: once in Paris at Bacon’s huge 1971 retrospective, and once at the artist’s London gallery, Marlborough Fine Art, a few months after the artist's death, in 1993.

However, much of the beauty and majesty of the paintings lies in the palpable sense of Bacon we can sense in the work. While the artist said his own face was “a model just like any other,” he did go on to tell Archimbaud that, “the important thing is always to succeed in grasping something which is constantly changing, and the problem is the same whether it's a self-portrait, or a portrait of someone else.” 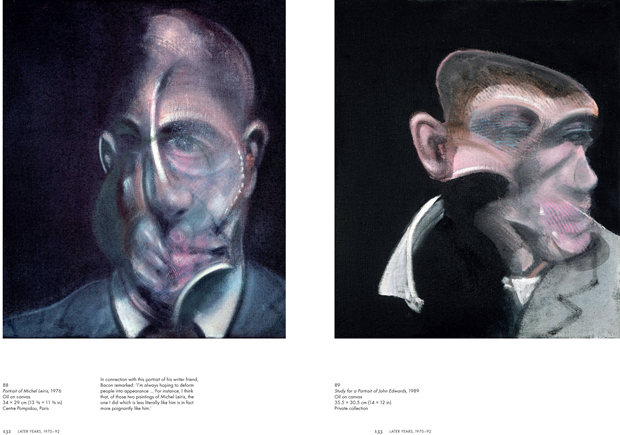 Portraits of Michel Leiris (1976) and Study for a Portrait of John Edwards (1989) by Francis Bacon, as reproduced in our Phaidon Focus monograph

It’s an idea Bacon expanded upon in an interview with the British critic David Sylvester, reproduced in our Phaidon Focus book dedicated to Bacon.

“The living quality is what you have to get,” he is quoted as saying. “In painting a portrait the problem is to find a technique by which you can give over all the pulsations of a person. It’s why portrait painting is so fascinating and difficult. The sitter is someone of flesh and blood and what has to be caught is the emanation. I’m not talking in a spiritual way or anything like that – that is the last thing I believe in. But there are always emanations from people whoever they are, though some people’s are stronger than others.” 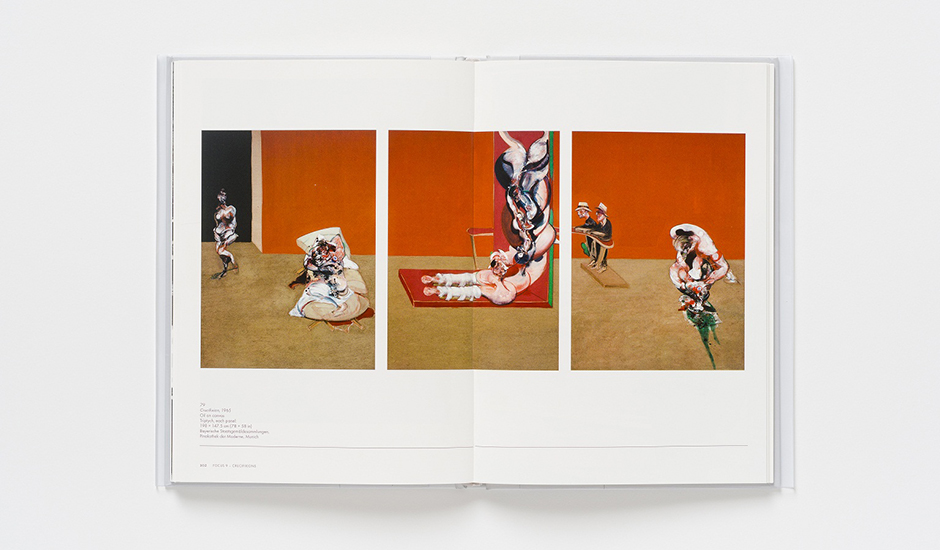 A spread from our Phaidon Focus monograph dedicated to Francis Bacon

Bacon’s own emanation is remarkably strong here, and uncharacteristically sunny. The painter was known for his dark, threatening aspect, yet in this picture, painted before his lover George Dyer’s death in 1971, Bacon seems happy and moderately relaxed. Could some of that captured satisfaction have come from the success of this work?

For more on the painting, which carries an estimate of $22m-$30m (£19m-£26m) go here; for greater insight into the artist's life and work, order our collection of interviews here, and our Phaidon Focus overview here.