We might think of the late British sculptor Anthony Caro as the last in a line of sober modernists, fashioning bold and important works out of equally heavyweight materials such as steel, copper and aluminium.

However, a new exhibition of some of his very last works show a surprising enthusiasm for a lighter, brighter, less-familiar material. Perspex features in all but two of the 25 sculptures going on display at Annely Juda Fine Art in London from 11 September. The exhibition, Anthony Caro, The Last Sculptures, draws together works made by Caro in the two years before his death in October 2013. Two pieces, Stackbut and Card Game, also draw inspiration from Cezanne’s famous late nineteenth-century painting series, The Card Players, which Caro saw at an exhibition at London’s Courtauld Gallery in 2011. In all, the sculptures are in keeping with Caro’s greater body of work, yet the inclusion of this bright translucent plastic comes as something of surprise. 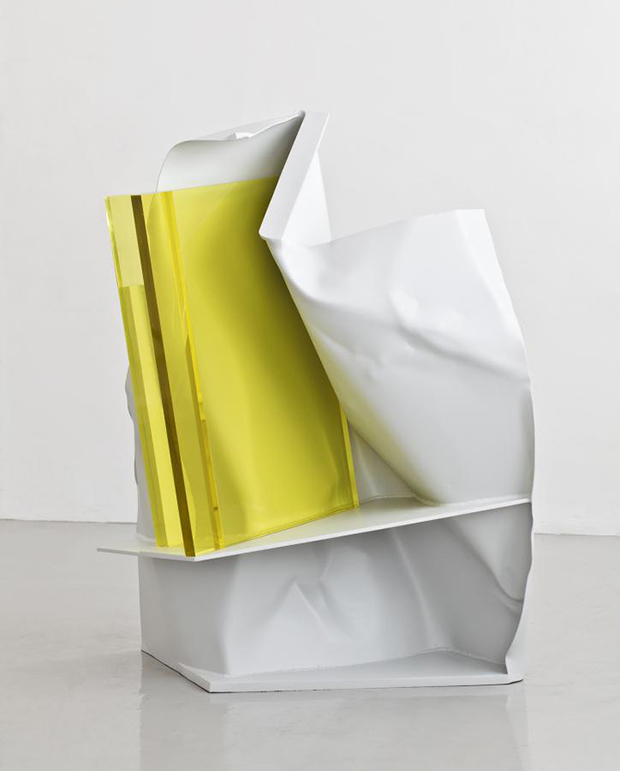 How did Caro come to work with the material? Well, as Caro’s former assistant Olivia Bax explains in our forthcoming monograph, the artist first sculpted it back in 2000, yet he returned to it in earnest after seeing the a show by the Canadian artist David Altmejd. “There were three large Perspex boxes with various mixed media inside: thread, coconuts, resin etc.," Bax recalls, "[Caro’s] enthusiasm for it may have stemmed from his inability to work out what he was seeing materially, inside the Perspex containers.” Bax also adds that Perspex also suited Caro as it enabled succeed in making certain types of works he had unsuccessfully tried to fashion from glass. 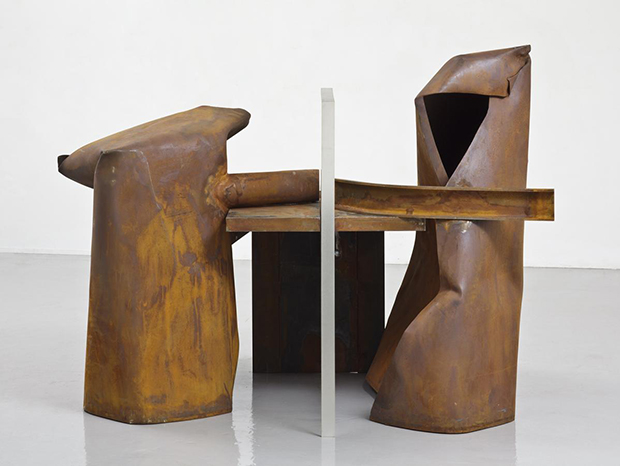 She concludes, “Tony was eighty-seven years old when he started to use Perspex, a completely new material for him. He once told me that he had started to refrain from painting sculpture, referring to his work in the ‘Sixties, because he ‘knew too much about it’; he had ‘done it’. Forty years on, a new material represented a new challenge.” 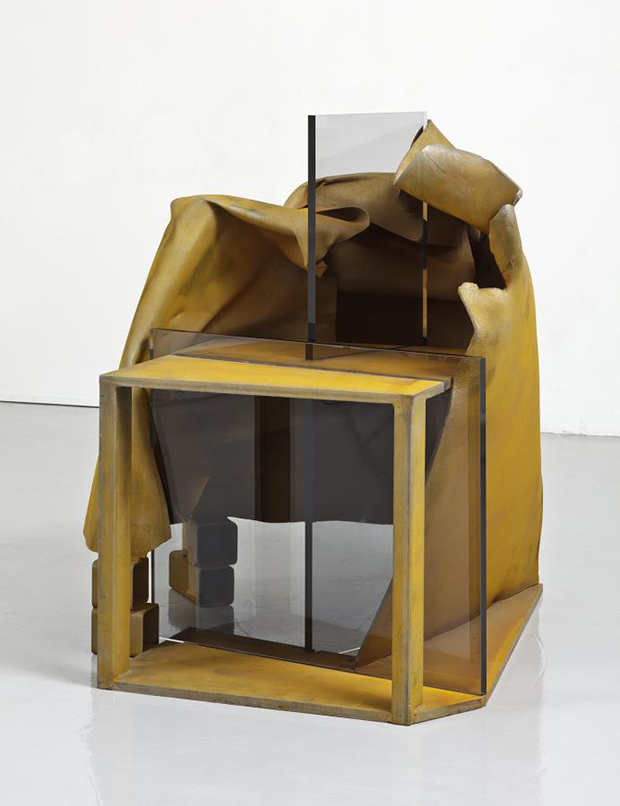 Judging by these images, a little novelty helped enliven his work, right until the end. For more on the exhibition, which runs until 24 October, go here. For a greater understanding of all aspects of this great artist’s life and work, order a copy of our forthcoming Anthony Caro monograph.