There's been quite a bit of talk as to why tech entrepreneurs aren't becoming fine art collectors. You might think SFMOMA's Project Los Altos was a conscious effort on the part of the arts establishment to woo Silicon Valley's rich and powerful.

In fact, the real reason is more prosaic, and the results more interesting. SFMOMA's ongoing expansion means they won't be mounting exhibitions until 2016. Instead, they've commissioned artists Spencer Finch, Christian Jankowski, Chris Johanson, Mike Mills, Kateřina Šedá, Alec Soth, and Jessica Stockholder to produce works for indoor and outdoor locations in the Silicon Valley community of Los Altos "that respond to the history and culture of this former agricultural area."

Unsurprisingly, the artists' works are, at points, quite critical. The artist and filmmaker Mike Mills has reprinted copies of the town's local newspaper from the week that Apple Computers was incorporated, and shot a film with the children of local tech employees, wherein the director interviews them about what kind of future they expect to inhabit. Mills says the documentary, called A Mind Forever Voyaging Through Strange Seas of Thought Alone: Silicon Valley Project, features eight-to-twelve-year children drawn from families occupying every social strata of Silicon Valley, and is, in the director's words, "kinda dark." The kids describe a coming age with fewer animals, and less intelligent people. 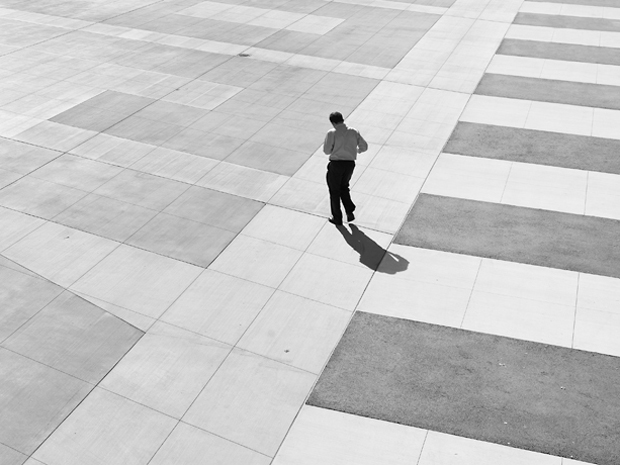 One of Alec Sloth's Facebook shots, from Project Los Altos

Photographer Alec Sloth tried to avoid focusing on the region's tech industry, but realised, as he put it, "you don't go to the gold rush and not photograph the gold diggers." His pictures inside the Facebook offices try to capture a kind of "physical separateness" says Sloth, which he feels social networking has promoted. 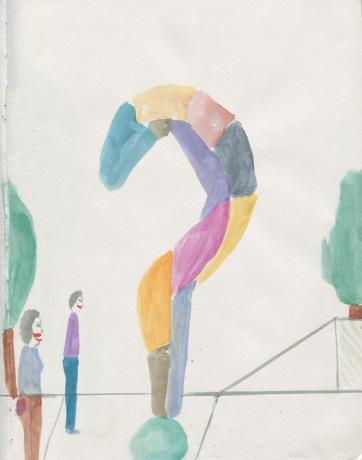 A painting of Chris Johanson's inflatable sculpture, by the artist, from Project Los Altos

Chris Johanson, meanwhile, is less critical in his approach, installing a number of outdoor sculptures, including an inflatable question mark made from discarded offcuts, which the artist hopes will spark philosophical contemplation in the hearts and minds of the locals. In his accompanying video, he talks about how art can resonate with a bittersweet energy; "life isn't fair, but that doesn't mean life isn't fun," says the artist. A simple notion, but one that everyone, from the Silicon Valley billionaires down to the kids of Google's in-house cook, should bear in mind.

Find out more about the exhibition, which runs until 2 March 2014, here. For more on Chris Johanson, take a look at our great monograph. For Alec Sloth, see our Vitamin Ph photographic overview. Buy them both from the people who made them, here.

More on Chris Johanson and co. go to Silicon Valley 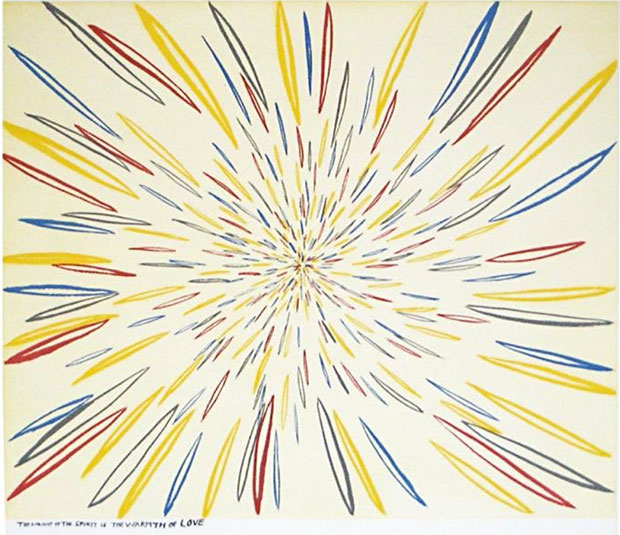 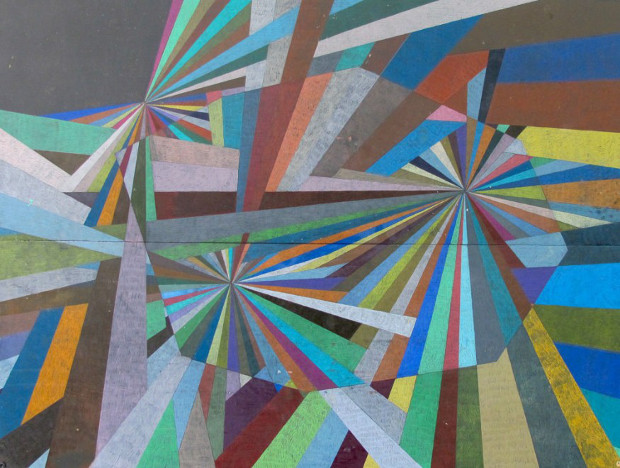 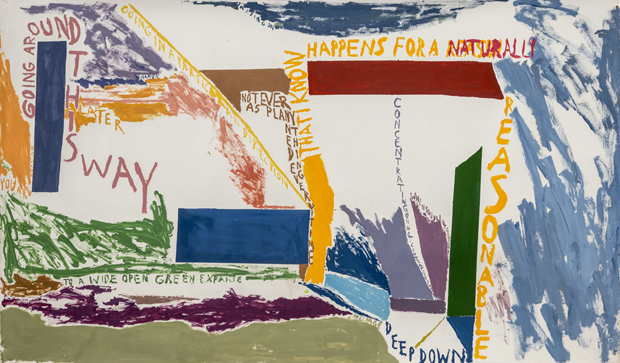 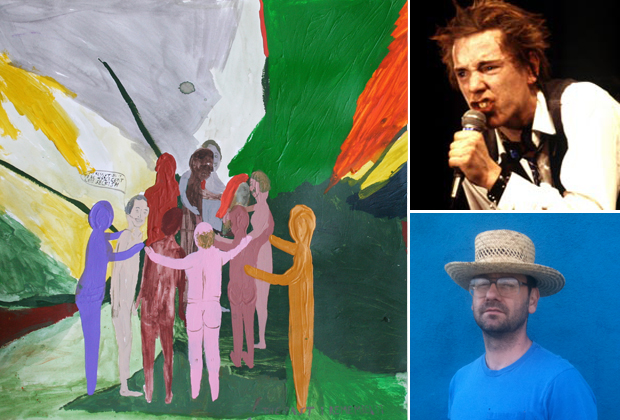