Though he's commonly regarded as an art-house filmmaker and pulp historian of Hollywood, Kenneth Anger possesses the singularity of vision more commonly found in the works of a contemporary artist. So, perhaps we shouldn't be surprised to see Anger's work cropping up on gallery walls with an increased frequency. Anger, who began making short films at the age of ten, in 1937, rarely produced a work longer than 30 minutes, yet still managed to draw an enormous number of admirers - including Jean Cocteau, Mick Jagger and Martin Scorsese - with his surreal, homoerotic and at times Satanic celluloid visions. In 2010 Sprüth Magers hosted an exhibition focussing on Anger's movies. This month, it presents Icons, a visual installation dedicated to Anger's obsession with 20th century Hollywood.

Not all art-house directors appreciate American commercial films, yet Anger, who grew up in California, developed an early love of screen icons, as well as the darker side of the star system. His book series, Hollywood Babylon, published in 1965 and 1984, detail the seamier side of life in and among America's screen greats, which, while perhaps not being wholly accurate, certainly capture some of Anger's macabre spirit. It's this that Icons is really trying to encapsulate. As the gallery notes explain, the items on show range "from tabloid and magazine covers, to posters and illustrations, the archival documents on show, gathered [by the artist] over many decades, reveal[ing] the extent of Anger's fascination with the industry and the Golden Age of Hollywood. Cantered on figures such as Greta Garbo and Rudolph Valentino, the memorabilia evokes the world of the classic studios and the mystique of its stars." 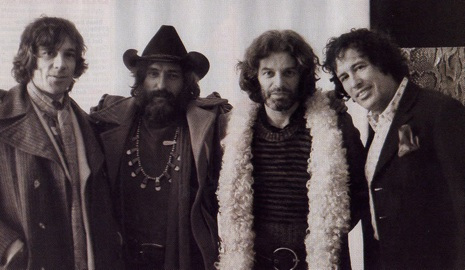 Were this anyone else collection's of posters and clippings, this show wouldn't be quite so noteworthy, yet - as the gallery observes - "Here, images from contemporary pop culture and of Hollywood stars are taken out of their usual structures of representation and put into a new, perverse context intended to disturb customary modes of perception." Put more simply, Anger always saw beneath the Hollywood sheen, and his sinister bias makes these posters and publicity shots all the more richer and stranger for it. 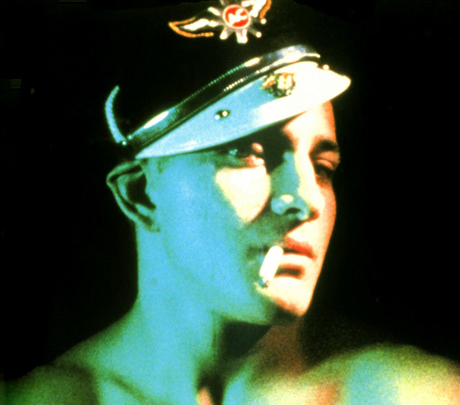 The exhibition was originally shown at Los Angeles Museum of Modern Art in 2011, before travelling onto Sprüth Magers' Berlin gallery earlier this year. However, this London showing will introduce an additional element of Angerian authenticity, as the gallery plans to exhibit the work across two rooms, painted midnight blue and crimson red, replicating the way in which the collection was shown at Anger's own home in Los Angeles. To find out more, see Sprüth Magers' site here, and for more on Anger, including stills from his early films, take a look at our Pop book, an in-depth survey of the rise of Pop from the Beat era of the 1950s to the psychedelic late 1960s. 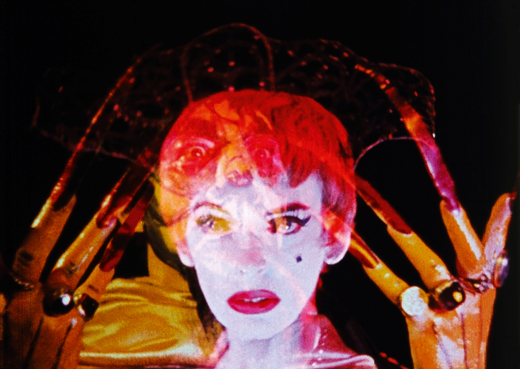 Still from Inauguration of the Pleasure Dome (1953) by Kenneth Anger

From the late 1950s to the late 1960s the word Pop described art, film, photography and architectural design which engaged with the new realities of mass production and the mass media. Unlike books which present Pop art in isolation, this is a comprehensive survey of Pop in all its forms across America, Britain and Europe.

In addition to the key artworks by Andy Warhol, Roy Lichtenstein, Claes Oldenburg, Ed Ruscha, Richard Hamilton, Sigmar Polke, Martial Raysse and many others the book includes works of photography and avant-garde film, as well as what the critic Reyner Banham defined as Pop architecture, ranging from Alison and Peter Smithson’s House of the Future to Archigram’s Walking City and Robert Venturi and Denise Scott Brown’s Learning from Las Vegas.

Editor Mark Francis was former Founding Director of the Andy Warhol Museum and editor of ‘Les Années Pop’ (Centre Georges Pompidou, 2001). Survey author Hal Foster is Professor of Art at Princeton University, author of The Return of the Real and editor of the bestselling The Anti-Aesthetic: Essays on Postmodern Culture and Recodings: Art, Spectacle, Cultural Politics.

"What makes the book indispensable is the inclusion of documents in which the artists, critics and theorists speak for themselves."—Martin Coomer, Time Out 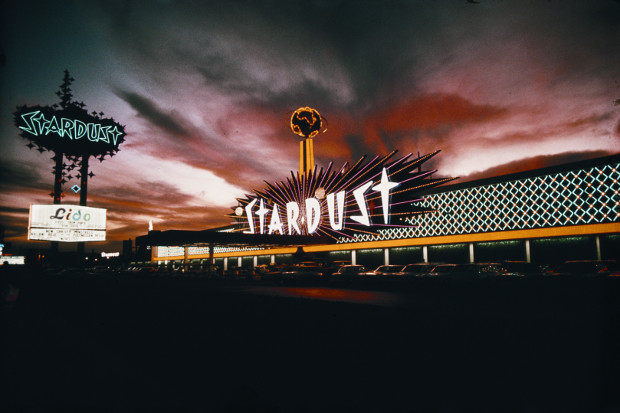 First show to pair Pop with design opens this month