How Disasters Of War made Goya a 'modern' artist

With talk of a military confrontation with Iran fast becoming the daily lead story in the international news pages, the average art lover's thoughts likely turn to Goya who began work on his infamous Disasters Of War series two centuries ago this month.

With the series – 82 prints inspired by the Peninsular War – Goya broke an ages-old, iconographical tradition. Dating back to Assyrian reliefs and Trajan’s column, war art had always previously been commissioned by the winner, in celebration of his triumph. To the victor, the spoils – and the commemorative art.

Disasters Of War, however, was commissioned by no one. It was Goya’s private project, which he never even published in his lifetime. Unflinchingly he depicts mutilation, torture, rape and many other atrocities besides – performed, indiscriminately, by French and Spanish alike. This art wasn’t partisan, it was a grim observation of man’s potential inhumanity to man; of the true barbarities of war.

In its detail, honesty and immediacy, it prefigured wartime photojournalism and helped Goya earn his reputation as “the first modern artist”. A lifelong opponent of the Inquisition and absolute monarchy – which he considered medieval anachronisms – Goya has been hailed, moreover, as quite the Enlightenment hero.

In truth, though, his character wasn’t quite as blameless as we care to remember. Court painter to four monarchs over 40 years, at a time of major diplomatic upheaval, Goya needed more than his fair share of political adroitness. Indeed, his loyalties during the Peninsular War have always been moot, particularly during the reign of Joseph Bonaparte, who had been unceremoniously inserted as King of Spain by his brother Napoleon in 1808.

After Napoleon’s defeat and the Bourbon monarch Ferdinand VII’s restoration in 1814, Goya proclaimed Spain’s “most glorious insurrection against the tyrant of Europe”. An official enquiry into his wartime conduct, too, found Goya innocent of all charges of Bonapartist collaboration. Yet, the truth is, he had retained a court’s salary; earned an Order Of Spain decoration; and, according to his early biographers, painted various portraits of Joseph – though, tantalisingly, not one of them survives.

There was considerable hooha last year when the Rijksmuseum in Amsterdam revealed, after X-ray analysis, that Goya’s 1823 Portrait of Don Ramón Satué had actually been painted over an earlier portrait of a French general, possibly Joseph himself, spurring some to claim that this was proof of our hero’s collaboration with the enemy after all.

Talk of collaboration is misleadingly simplistic, however. Goya was a proud Spaniard, but he also admired many of the progressive ideas enshrined by the French Revolution – and, in its initial aftermath, he must have felt his country had a great deal to learn from it.

It was presumably only after years of suffering, starvation and bloodshed under Bonapartist rule that Goya revised his opinion, concluding – as ingeniously captured in the Disasters of War – that, actually, all humanity is doomed. If you want to experience the prints in all their glory they're on show right now at the Reach Gallery Museum, Abbotsford, British Columbia, Canada until March 25.

Goya (1746-1828) is one of Spain’s most famous artists and is widely acknowledged as an outstanding painter in the European tradition, often called the last of the Old Masters and the first of the Moderns. He is appreciated as a portrait painter; a creator of menacing and melancholy images in oils; a master of enigmatic, satirical and revolutionary drawing and etching; the champion of Spanish people in their struggle against oppression and the recorder of their life and sufferings in war. This book brings out many of Goya’s moods, from the gaiety and tenderness of the tapestry cartoons to the mysterious ferocity of the Black Paintings made in his old age. Specifications:

Enriqueta Harris, former Curator of the Photographic Collection of the Warburg Institute, University of London, is a world-renowned expert on Spanish art. She has curated numerous exhibitions and is the author of Velazquez (Phaidon, 1982).

More on How Disasters Of War made Goya a 'modern' artist 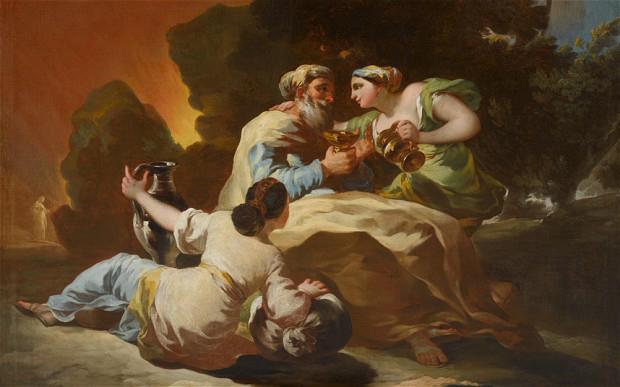