By working away at simple, age-old artistic practices, this contemporary artist believes she’s working towards a better tomorrow

Is Wangechi Mutu an Afro-futurist? That term, coined almost three decades ago, has subsequently been applied to the music of Sun Ra, Flying Lotus and Jimi Hendrix; the films of Frances Bodomo, the paintings of Ellen Gallagher, the comics of Kerry James Marshall and even big budget movies such as the 2018 Marvel superhero blockbuster, Black Panther. At its most straightforward, Afro-futurism grafts hopeful futuristic visions of high-tech civilisations onto the societies of Africa.

There isn’t a lot of that sort of sci-fi optimism in this Kenyan-born US-based artist’s paintings, sculptures, films, performances or collages. If they do offer a vision of things to come, it’s a darker prognostication of how environmental degradation and colonial mistreatment may develop into some twisted, new nightmare. Her animations, such as The End of Eating Everything, imagine a weird, polluted, mutated world; while the chimeric, part-animal, part-human figures in many of Mutu’s works on paper look like the kind of thing you might find in a monster movie, rather than any progressive vision of utopia.

Our new book on Mutu quotes the Yale professor Michael Veal, who wonders, “In what future, present or past world will these hairy pin-up babies – in their stained plantation finery and jungle garb – find their places in locker rooms, bathrooms, boardrooms, powder rooms, dormitories and prison cells? And in which genre will the film adaptation be categorised? Adult? Horror? Sci-fi? Fantasy?” 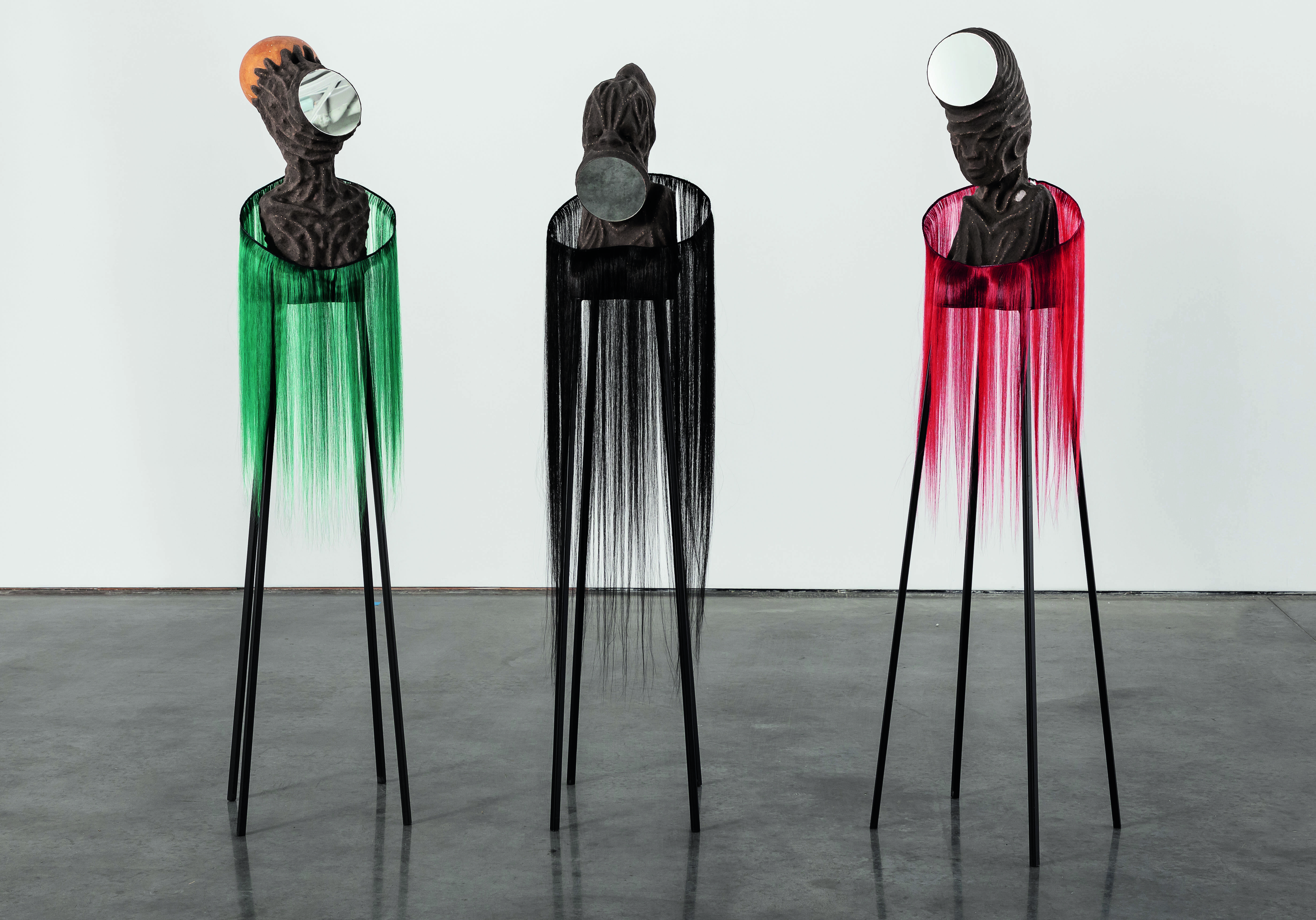 It’s a question the artist herself turns to in a previously unpublished essay that features in our new monograph. You see, Mutu isn’t about to start adding flying cars or rocket ships into her work anytime soon. Instead, she argues “If I’m Afro-Futurism, then it’s because, I'm still here, now, making, working and thinking and continuing a line of ideas that come from others who were here in the past asserting their now and preparing a future for me.”

What does she mean by that? Well, in this essay Mutu traces the history of both her type of artistry in particular, and all human art making in general, back a very long way.

“All over the world, before there was writing, before we were an overpopulated species we were painting, annotating and recording our triumphs and anxieties and our existence for others to see, in order to connect, and in the hope of being remembered,” she writes. “Artmaking, regardless of what we call it, was always done to make a connection with others, with the spirits, with our ancestors, with those who hadn’t been born, with the sun and the elements, with trees and the animals. We’ve always wanted to connect, and to be remembered and to remember things we cared for and believed in because, I believe, even when we don’t consciously remember, we know that we all belonged and originated from one family, one group.”

As Mutu suggests, both human evolution and human artistic expression can be traced back millenia, to the point at which our species first emerged, in Africa. The forces of history have drawn mankind out of there, and separated us apart, yet art – in Mutu’s view – can undo some of this atomisation. 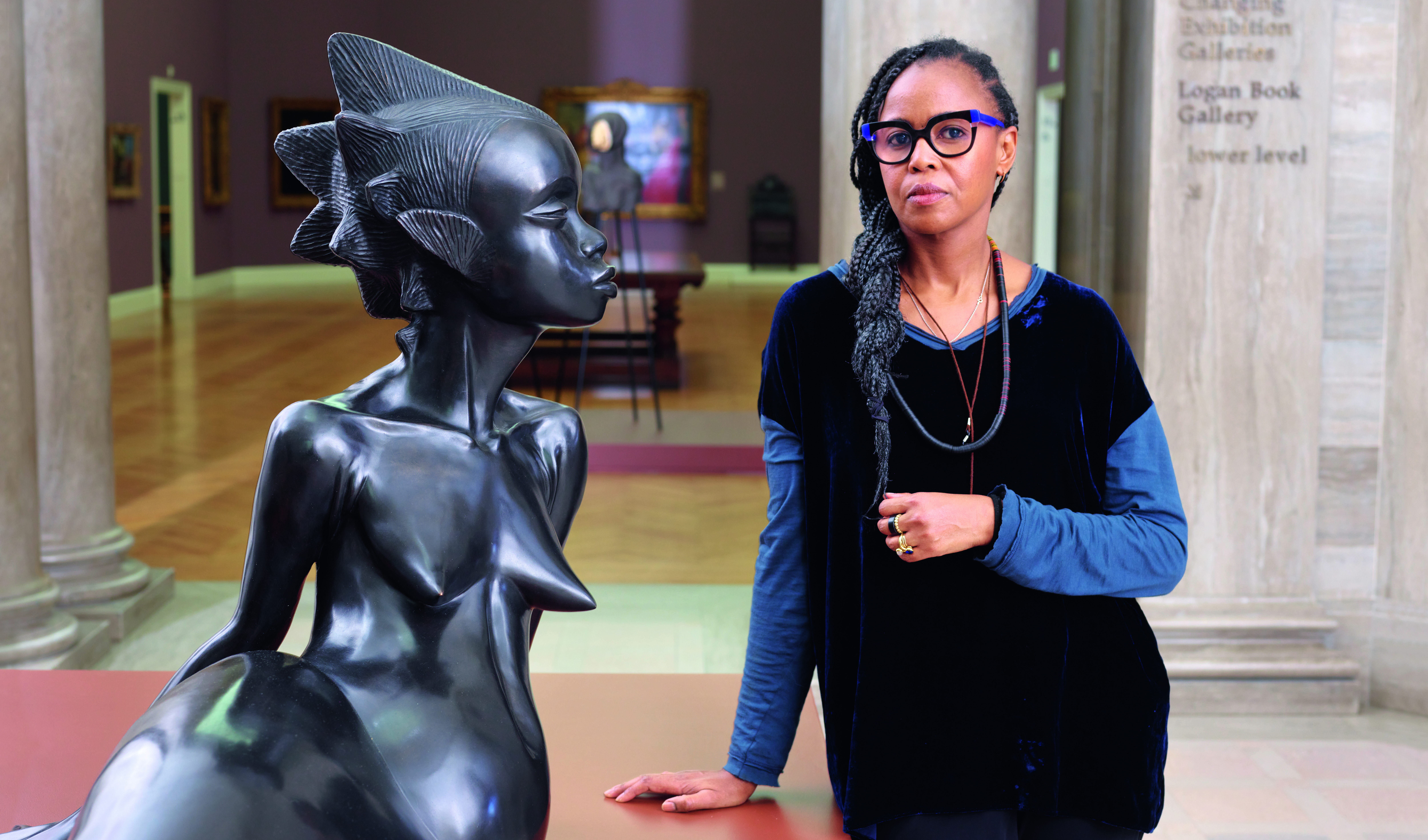 “Art making is at its very core, an activity of empathy-enhancement,” she says, “We’ve practised this art-thing, not just for centuries, but for millennia, using rock, minerals, fluids, clays, fabrics, simple tools, sophisticated technology, all to pass vibrant messages to each other.”

“When I work, I feel the most human that I am,” she goes on. “It’s in that dance in the trenches of my studio-day that I’m able to read and intuit human behaviour through the activity of mixing, sculpting, creating. I use my mind instinctually and as I play with all the stuff of art-making, I see how the divisiveness of our species, how it’s separateness threatens our existence and moves us and many other species towards self-extinguishment.”

In bringing people together, Mutu’s art works against this looming threat. That’s the essence of Afro-Futurism from this artist’s point of view, “I feel that it is this intentionality what Afro-Futurism is grounded in and grown from,” she writes. “A desire to survive and heal and rectify the dangerous imbalance and disjointedness of humankind.”

This simple, practical, almost offering of art is Mutu's pledge to the future. “I am here now, there is proof that I was here in the past through all my predecessors and that we carry in our DNA inside our bodies,” she writes. “We are inside of our children and their children are in them. I don’t feel compelled to proclaim how much I belong in the future because I carry the future, because I am with it inside of me, right here, right now.” 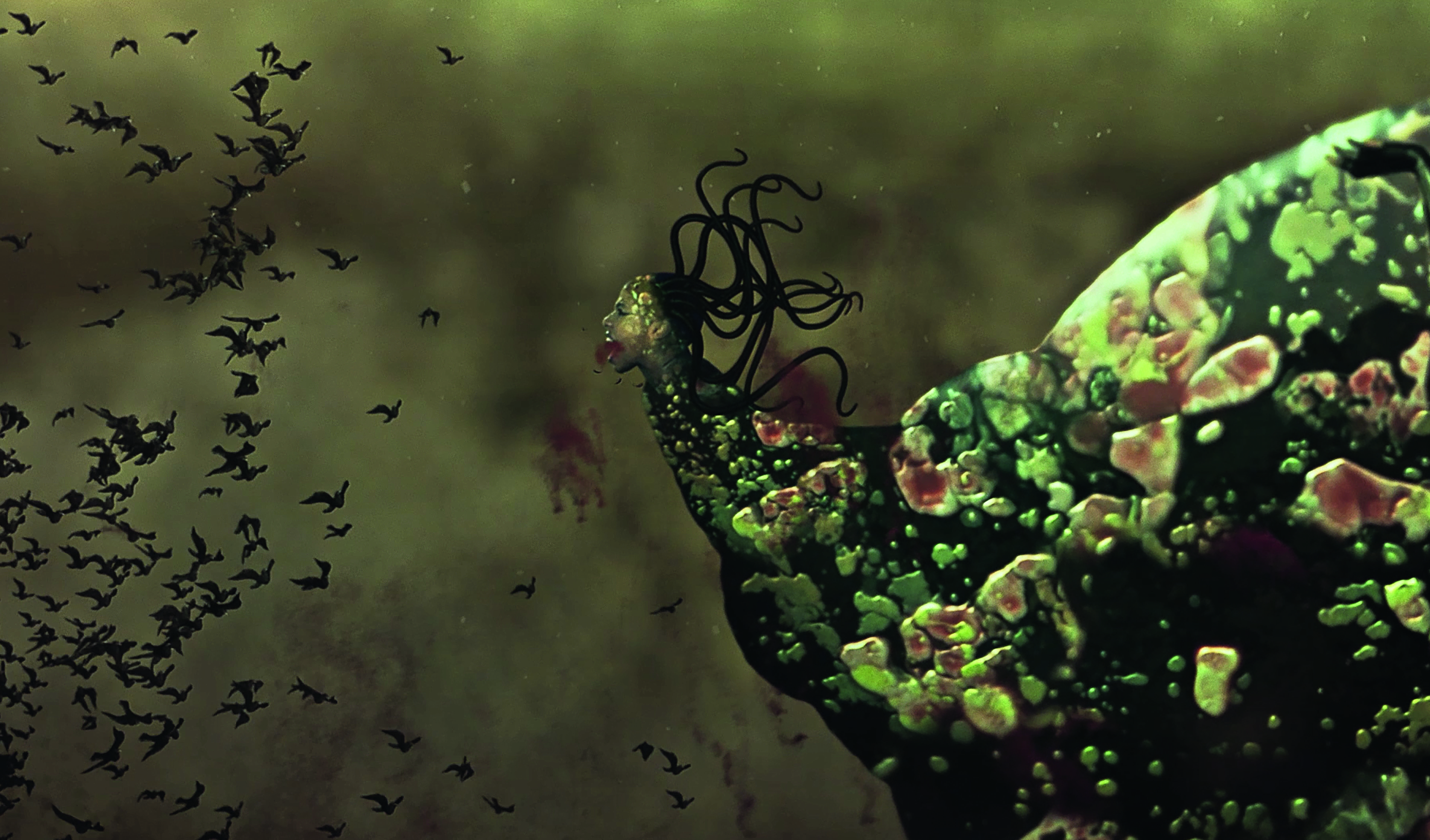 Wangechi Mutu, The End of Eating Everything, 2013

“The future is a projection and a hope of something less fractured and disjointed,” she concludes. “There is a clear connection between making art and being human and for me there’s personal relevance in being a creative person and being a woman. I create within my body, and I also create from the outside of my body. I keep building that dignity and consciousness that we’ve lost, or that I’ve lost or forgotten. I love to make art because this old-ass language is our shared human behaviour and as I return to it every day, it makes me willing to struggle to be here now and in tomorrow’s now.”

To see more of this old-ass language, and to better understand Mutu’s hopes for the future, order a copy of our new book here.