Splendid isolation - 5 places we wouldn't mind holing up in

“All of humanity's problems,” the French theologian and scientist Blaise Pascal once wrote, “stem from man's inability to sit quietly in a room alone.”  That inability, or otherwise, is being put to the test at the moment, as many around the world attempt to stop the spread of the Covid 19 coronavirus. For many, that means a number of weeks under house arrest.

But a few might be lucky enough to find themselves ensconced in the kind of places featured in our new architectural title, Living on Vacation: Contemporary Houses for Tranquil Living. This book features a breathtaking collection of contemporary homes, many of which are far, far from the crowds, and each of which designed with relaxation in mind. Here are a few of the highlights. 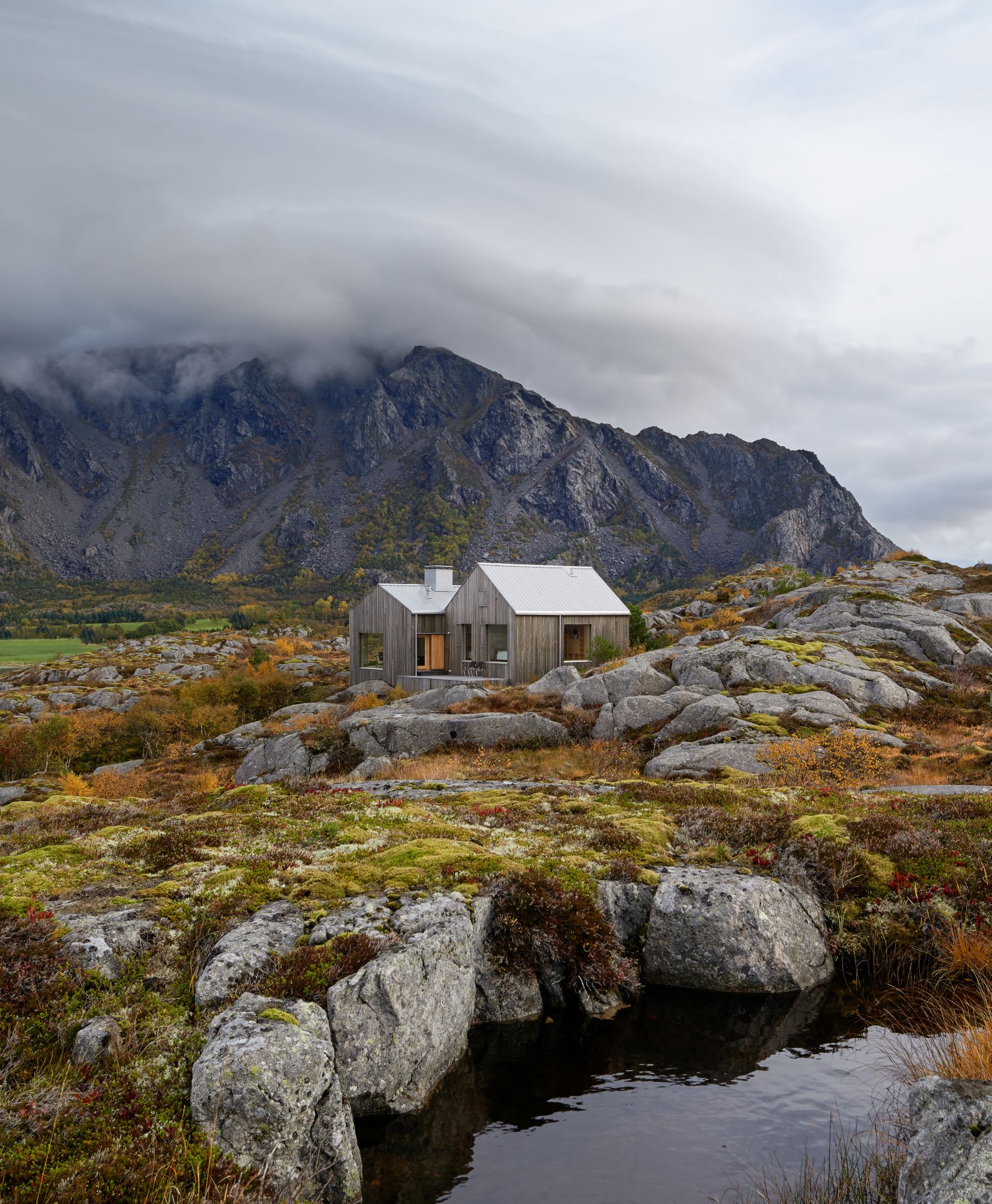 Writers House, by Kolman Boye Architects (2014), in Vega, Norway You can’t get much further removed from the metropolis than Vega, an archipelago of around 6,500 islands, islets, and reefs just south of the Arctic Circle in northern Norway. “A UNESCO World Heritage site, it has a distinctively wild and spare beauty and is home to over 230 species of birds,” explains our new book. “This writer’s retreat borrows the typology of the huts seen on the Norwegian coast known as naust. Naust were traditionally used for storing boats and fishing gear. This particular weekend and vacation retreat is inspired by some existing naust not far from the site, down by the sea. Built on a granite outcrop, with views over the water, it seems as if it has always been there.” 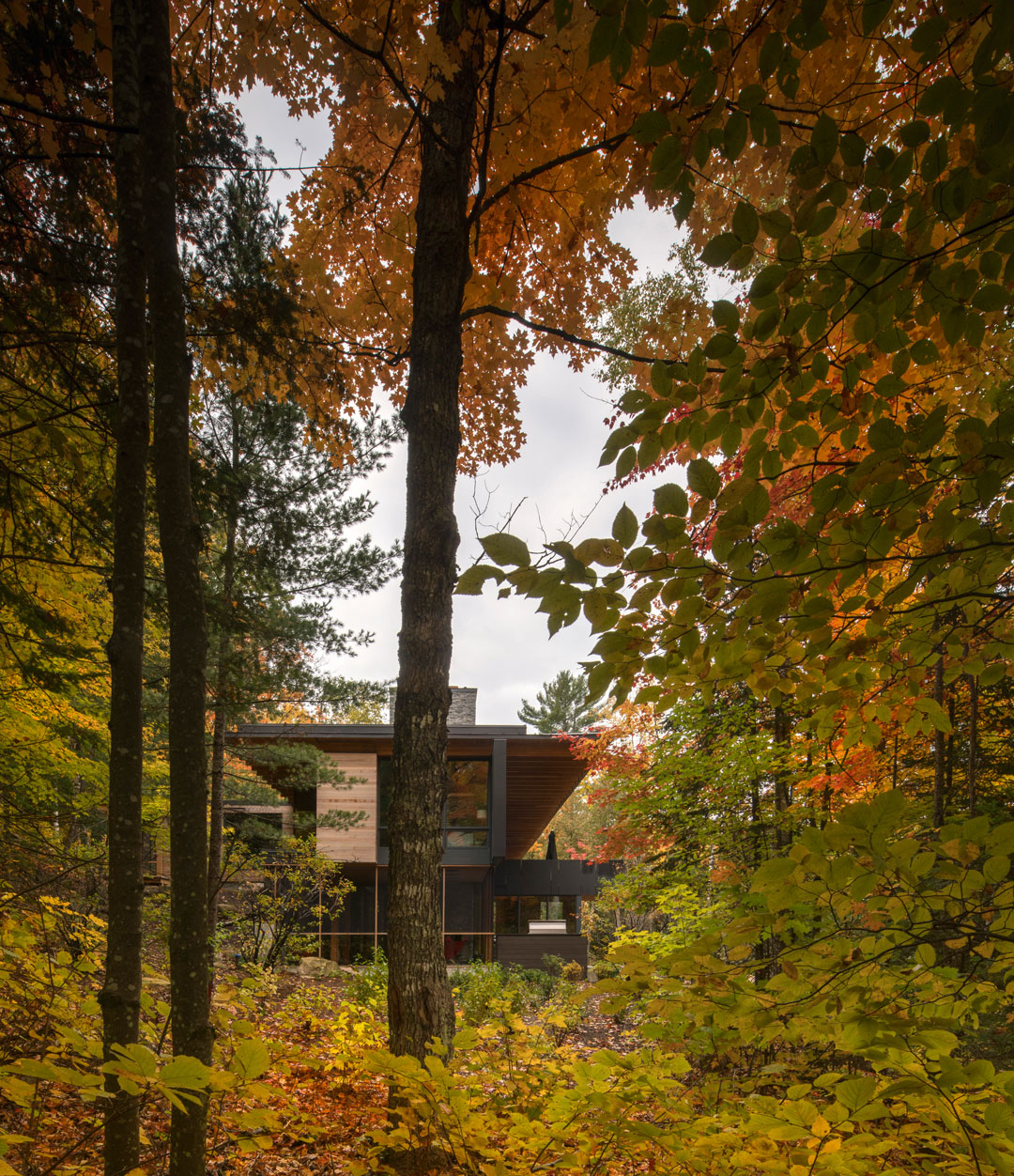 The Bear Stand, Bohlin Cywinski Jackson in association with Bohlin Grauman Miller Gooderham, (2016), Ontario, Canada Drive for two hours from Toronto, and you can hole up here, in the depths of the Canadian woods. The house is, as our book explains, “on the shores of Contau Lake,” the text goes on: “it backs onto Ontario Crown forest, hidden within a private 100-acre (40-hectare) wilderness—the ultimate location for a secluded, luxurious stay with nature right on the doorstep.” The buildings materials are drawn from his arboreal surroundings, with fir window frames and brushed walnut flooring, as well as Japanese-style ofuro soaking bathtub, to get yourself thoroughly clean in. 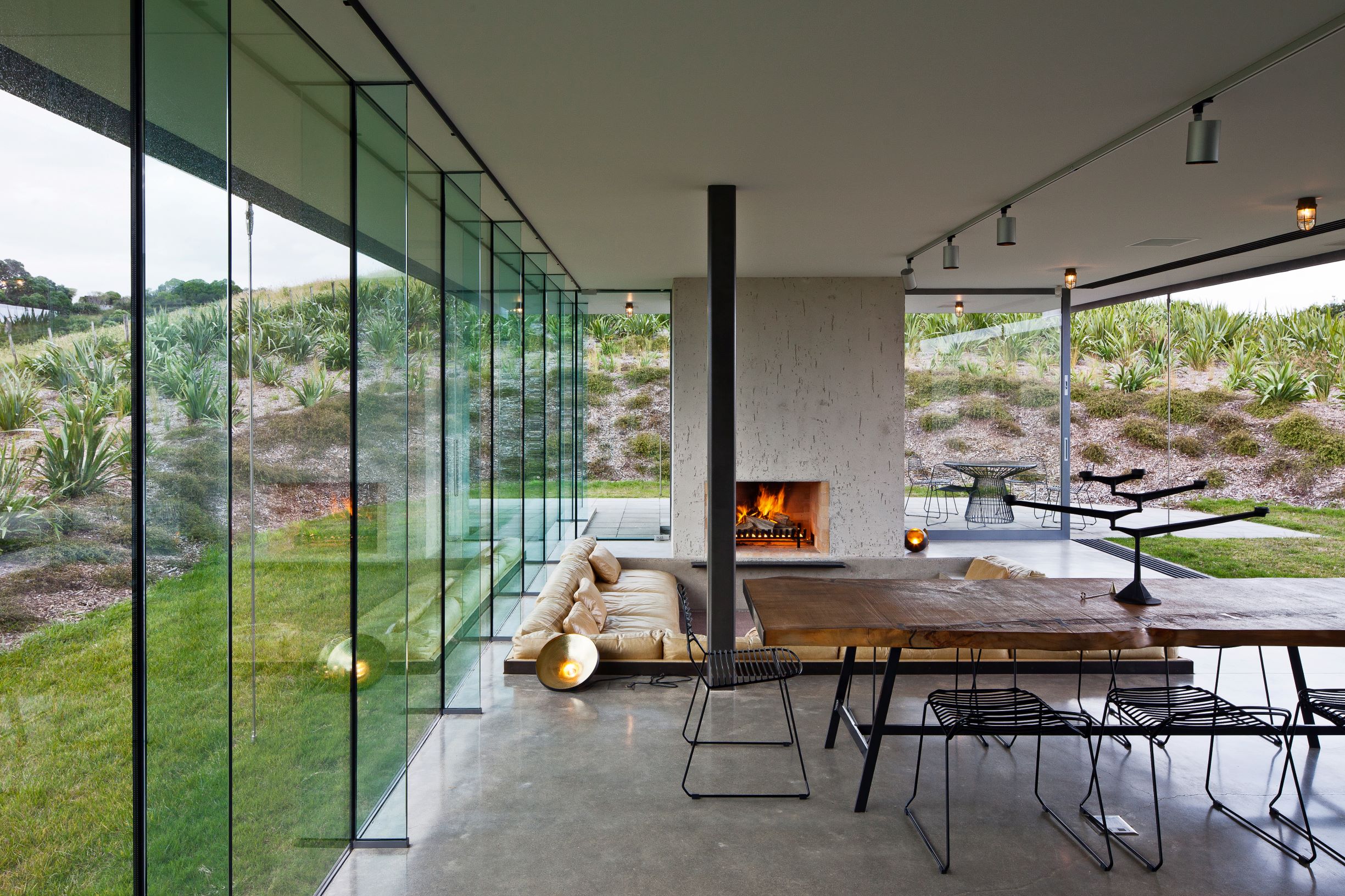 Island Retreat, Fearon Hay (2011), Waiheke Island, New Zealand Just a ferry ride from Auckland, this isolated retreat is truly off-grid. “The house powers itself with solar energy, harvests rainwater, and recycles wastewater,” explains our new book. In fact, don’t expect high luxury, here. “The concrete and steel keep the aesthetic comfortably utilitarian rather than luxurious—there is a slightly hut-like, makeshift quality to the house, which is topped with industrial-looking chimneys. Inside, concrete walls and floors continue the spare, unadorned feel.” 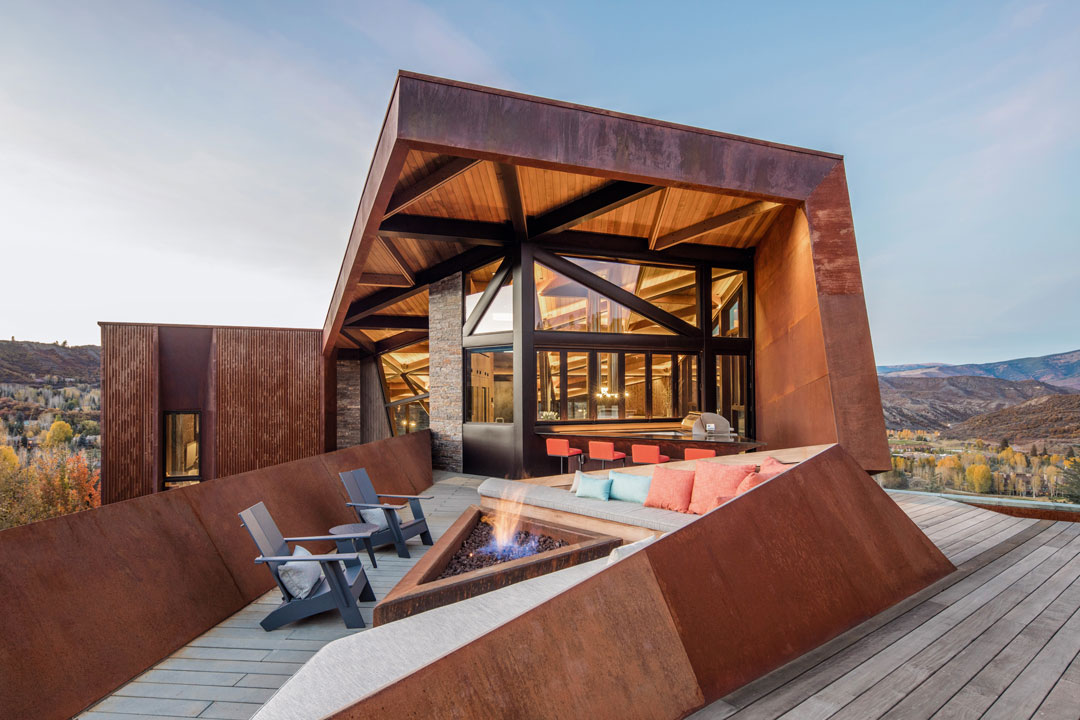 Owl Creek, Skylab (2015), Snowmass, Colorado, USA ____ Though it’s out in one of America’s most spectacular mountain ranges – the Rockies – Owl Creek was actually built to bring people together, not isolate them. The concept behind the house was to create a place where connections can be deepened between friends, family, and the natural world,” says the text in Living on Vacation. “That principle informs everything: the use of local materials; the thoughtful collection of linked, lodge-like spaces; and the maximal glazing, which creates a constant visual bond with the extraordinary surroundings beyond—sometimes exhilarating vistas, sometimes tantalizing glimpses.” 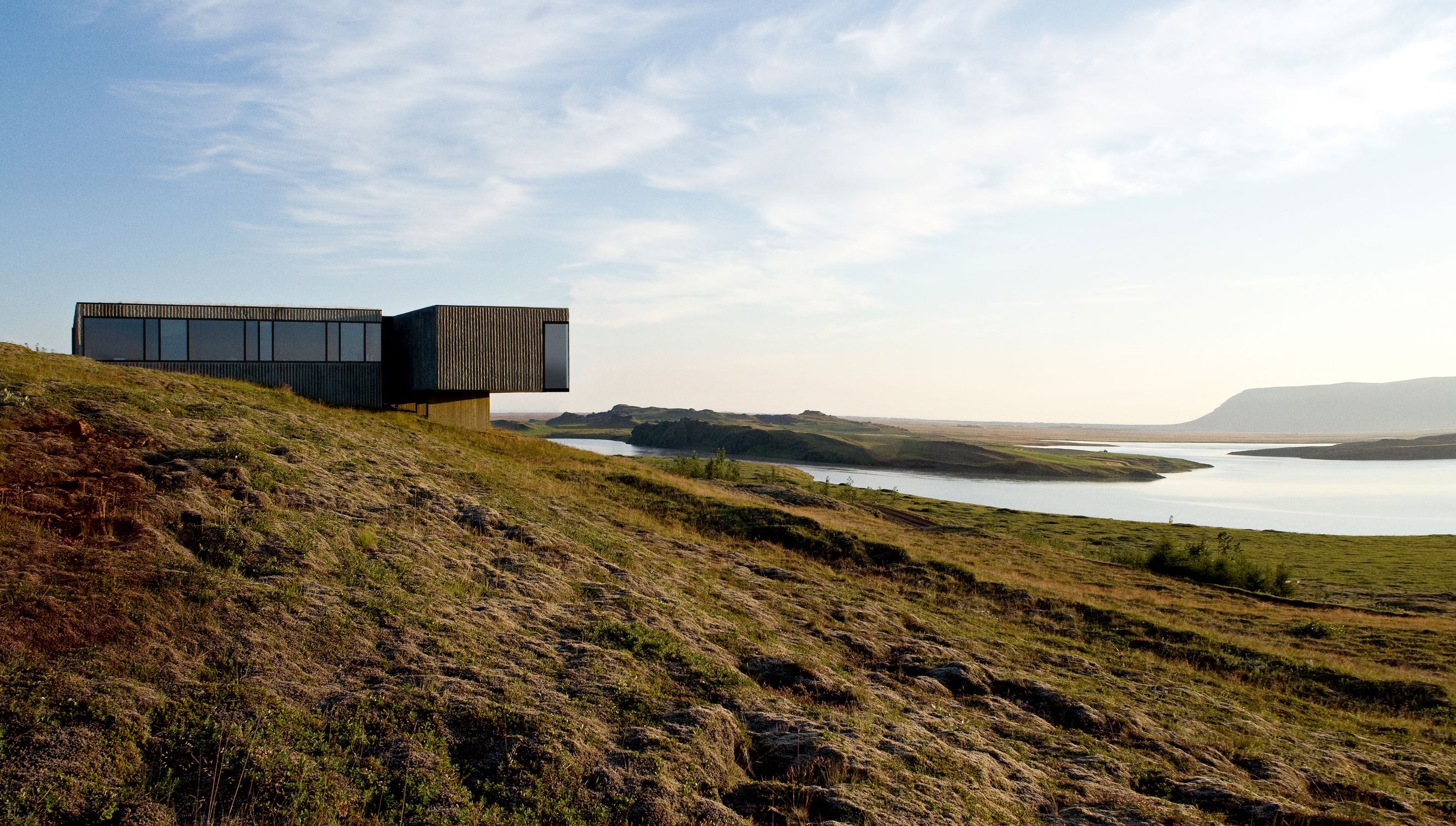 Árborg House, PKdM Arkitekta, (2009), Árborg, Iceland Is the middle of the Atlantic remote enough for you? Don’t worry, there’s still plenty of nice design touches out here, in south-western Iceland. “The exterior of Árborg House is somber gray concrete blended with gravel from the riverbed, giving it the appearance of just-cooled lava,” says our book. “Doors and terraces are clad in teak intended to weather to match the hues of the moss and concrete. Inside, polished concrete is accompanied by untreated teak boards on floors and ceilings, giving the hideaway a tactile, luxurious aesthetic.” 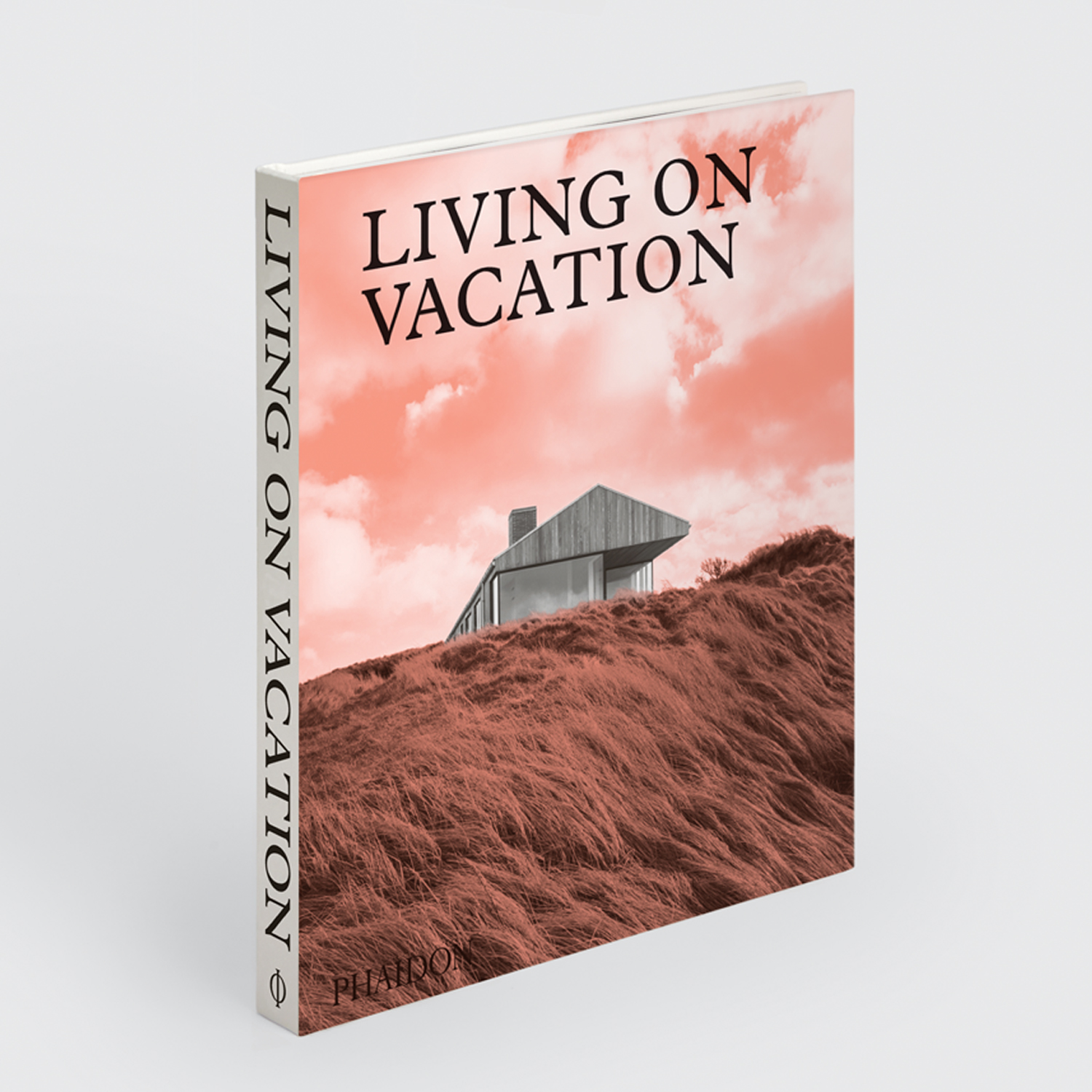 To see more of these houses, and many, many others like them, order a copy of Living on Vacation here.

Packed with the spirit of sanctuary, Architecture on Vacation is an inspiring showcase of spaces used exclusively for retreat and rejuvenation; from sun-drenched private islands and peaceful lakeside cottages to intimate mountain hideaways and secluded desert villas. This volume goes further than any other in search of the world's most desirable havens, featuring fabulous, architect-designed homes from across the globe, each illustrated inside and out with carefully curated photography emphasizing each home's stunning location.

"Part fantasy escape and part futuristic vision, these desirable... designs are a stunning blend of structure and landscape." —The Observer Magazine

"Exquisite homes in beautiful places have a way of inspiring us—to travel, to escape, to reconnect with nature. A new book, Living on Vacation, takes us to some of the world’s most dramatic houses, each situated in a glorious, rejuvenating landscape." —American Way

"A picturesque journey featuring architect designed homes tucked away in the most desirable locations around the globe." —DuJour

"Compiles covetable getaways from around the world." —The Globe and Mail Style Advisor

"Every day is like a holiday when you call one of the houses showcased in this book home." —Galerie Magazine

"This accessible, thoughtful, and visually stunning work—it's packed with more than 500 photographs—is perfect for architecture and modern art connoisseurs." —Veranda 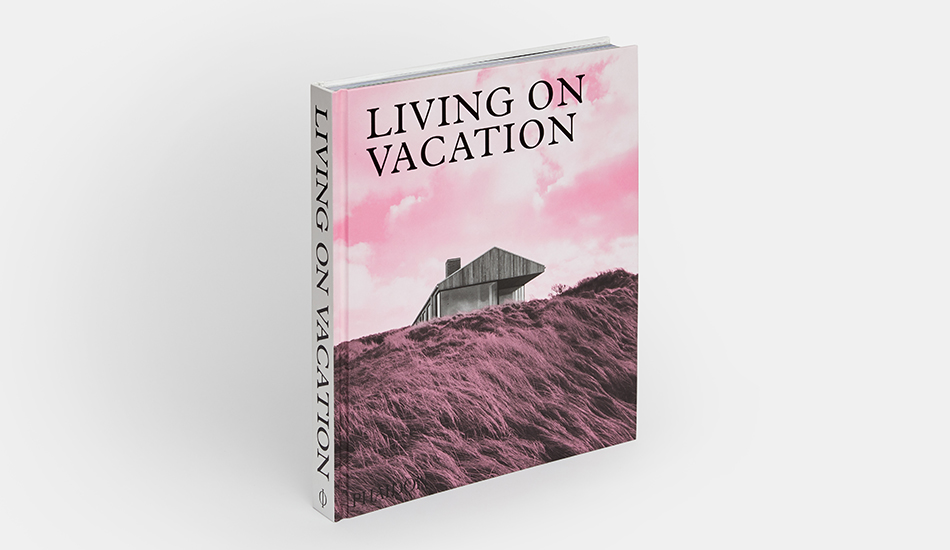 All you need to know about Living on Vacation