Our new book looks at some of the most beautiful, moving and thoughtful memorials of the past four decades

On Wednesday 19 July 1989, the DC-10 aircraft carrying a young Spencer Bailey, his 36-year-old mother, Frances, and his six-year-old brother, Brandon, crash-landed at Sioux Gateway Airport in Iowa. “One hundred twelve people, including my mom, died,” Bailey writes in the introduction to his new book In Memory Of: Designing Contemporary Memorials, “184, including Brandon and me, survived.” 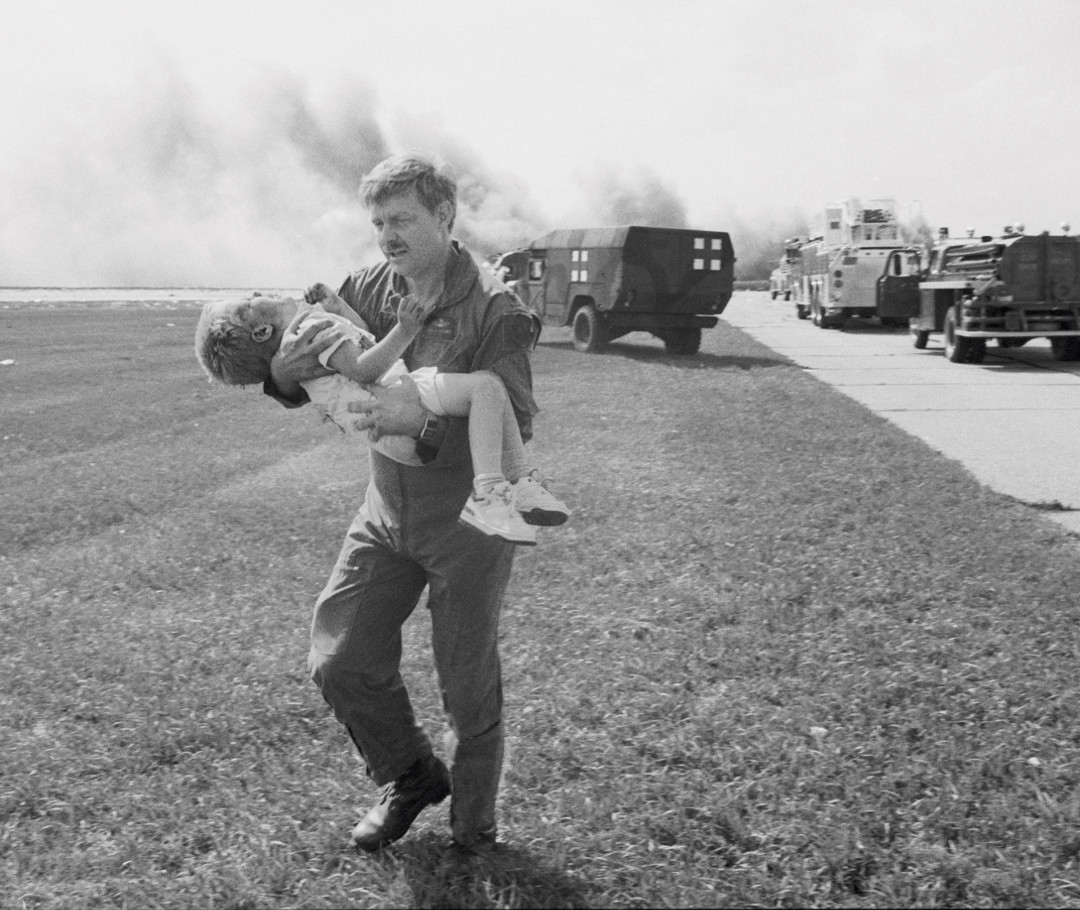 Bailey was carried to safety by Lt. Col. Dennis Nielsen of the Iowa Air National Guard’s 185th Tactical Fighter Group. A photograph of Neilsen and the infantile Bailey—then just three-years-old—was taken by Sioux City Journal photographer Gary Anderson. That image was subsequently used as source material for The Spirit of Siouxland, a memorial commemorating the air disaster, which was installed close to the site of the crash in 1994.

“It’s still odd—and, in truth, probably always will be—to see my tiny body as a cast-bronze figure,” writes Bailey. And that oddity isn’t restricted to Bailey’s relationship with this very personal piece of public art. “Every memorial comes with its own series of questions about how, why, what, and/or whom to remember,” he goes on to argue.

In the 240-page book he examines these questions and more with genuine insight and candour, to create a unique, deeply personal, and wide-ranging survey of contemporary memorials created within the past forty years. Bailey, the erstwhile editor-in-chief of Surface magazine and now editor-at-large for Phaidon’s architecture and design list, couldn’t be more perfectly placed to author this thoughtful, fulsome overview of contemporary memorials. 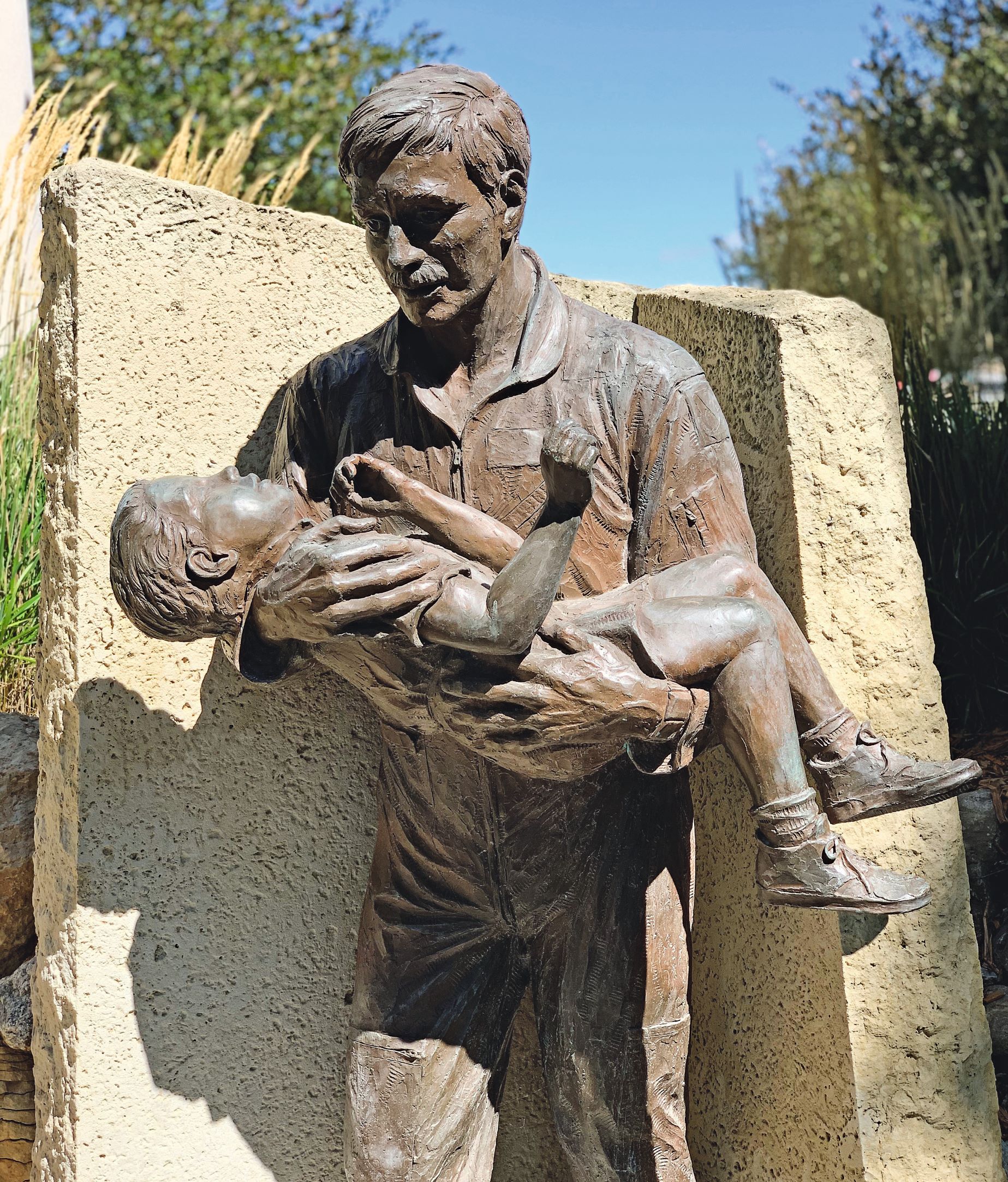 A bronze statue by Dale Lamphere based on Anderson’s photo, the centerpiece of The Spirit of Siouxland Flight 232 Memorial, Sioux City, Iowa, USA. Photo by Spencer Bailey

The book features and describes many of the best-known examples, such as the Vietnam Veterans Memorial created by Maya Lin Washington DC in 1982 (“in a competition that received 1,421 entries that were judged anonymously, a miraculous thing happened: the eight jurors, including architect Pietro Belluschi, landscape architect Hideo Sasaki, and Landscape Architecture magazine editor Grady Clay, selected Submission #1026, a Minimalist design by a twenty-one-year-old Yale student named Maya Lin);  and Peter Eisenman’s 2005 Memorial to the Murdered Jews of Europe (“it lies just near the Brandenburg Gate and Germany’s parliament building, and is built over a bunker once used by Nazi propaganda chief Joseph Goebbels.”)

Widening its purview a little to take in a number of notable architectural creations, the book also includes The Jewish Museum in Berlin, created by Daniel Libeskind in 2001; the Smithsonian National Museum of African American History, which opened in 2016; and the 2015 Estonian National Museum, which “while not explicitly a memorial, the museum was designed with memorialization in mind,” explains Bailey. “Built on the former site of a Soviet airfield located 1.2 miles (2 kilometers) outside the city, the 1,165-footlong (355-meter-long) structure is designed to symbolize the country emerging from its dark past.” 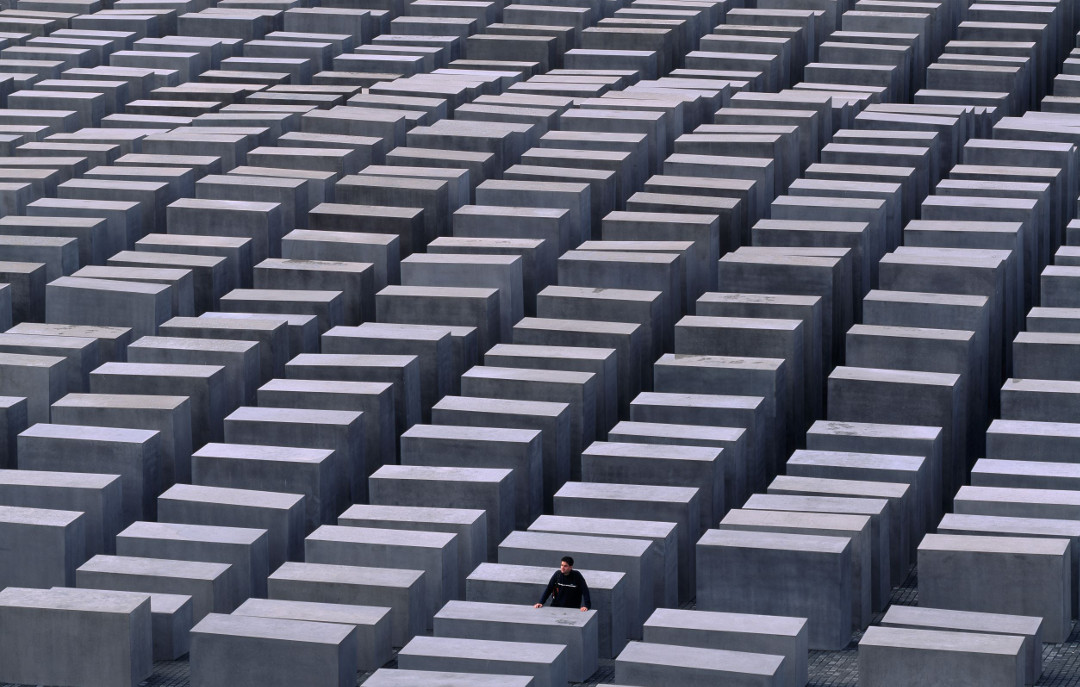 Many readers of this book will be familiar with the events memorialized; there are numerous entries that serve to commemorate the crimes of the Holocaust, the deaths of 9/11, and the suffering inflicted by the nuclear attacks on Japan during 1945.

However, the book also highlights memorials to less familiar events, such as the Monument to the 100th Anniversary Of the Alcorta Revolt, commemorating the moment, on June 25, 1912, the farmers of the village of Alcorta, Argentina, halted work in the fields in an attempt to improve their working conditions; the memorial, fashioned from steel, resin, fiberglass, and burlap, mimics the farmers’ grain sacks gracefully.

Peter Zumthor and Louise Bourgeois’ Steilneset Memorial, marks a similarly lesser known tragedy, by drawing attention to the ninety-one people in the town of Vardø, Norway, who, from 1600 to 1692, were convicted of witchcraft and burned at the stake. Their beautiful construction is a floating, sailcloth-like passageway of fabric, set in a wooden frame beside the Barents Sea.

Not every inclusion in the book features a work marking a great crime or tragedy. A Bolt of Lightning…a Memorial To Benjamin Franklin by Isamu Noguchi recalls the ingenuity of the great American inventor, scientist and statesman; while Franklin D. Roosevelt Four Freedoms Park, designed by Louis Kahn prior to the architect’s death in 1974, and finally inaugurated in 2012, is a permanent reminder of the principles outlined in President Roosevelt’s 1941 State of the Union speech.

Detailed, brilliantly illustrated, and exquisitely described, this book transcends the terrible events memorialised and their accompanying architectural reminders. Bailey engages with both the history these monuments seek to mark, and the present-day design and architectural styles they embody.

He charts the surprising rise of abstraction and Minimalism in these sombre forms. Quoting the New York Times’ Michael Kimmelman, Bailey argues that around 2002 Minimalism became the “unofficial language of memorial art,” and readers can certainly chart its rise in this book. 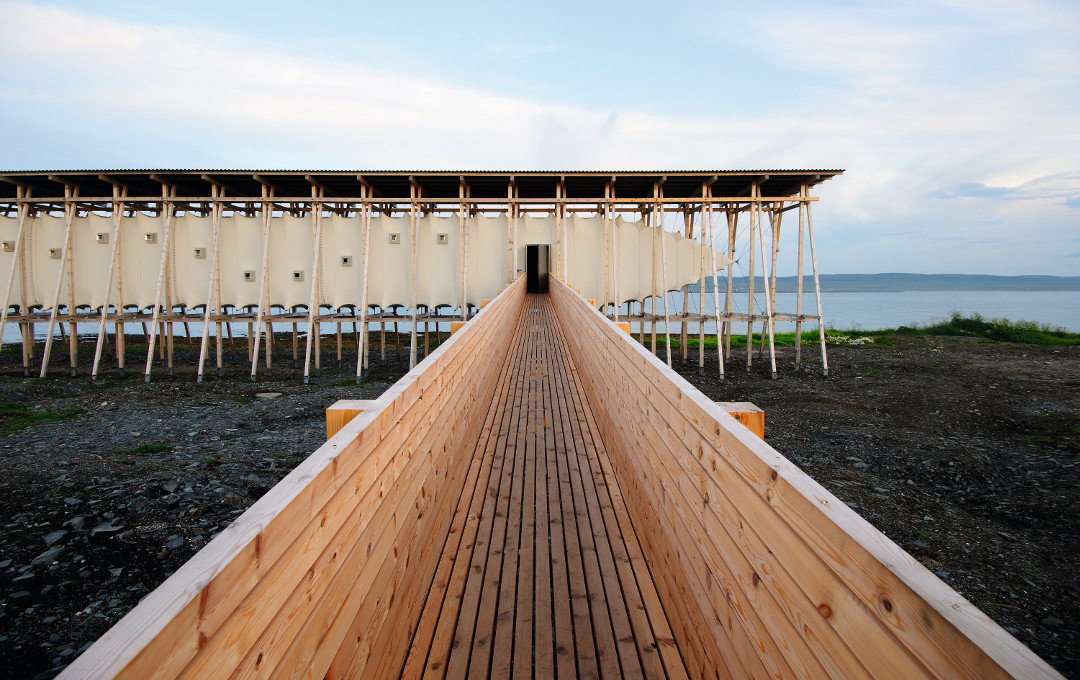 However, the chosen memorials are also hugely engaging and varied. In Memory Of features a culturally vibrant collection of creations, including works by artists such as Elmgreen & Dragset, Taryn Simon, Jenny Hozler and Rachel Whiteread among many others, and architects, including Tadao Ando, Diller Scofidio + Renfro, Snøhetta and David Adjaye, the last of whom contributes a thoughtful foreword.

“I believe this book makes a valuable contribution to the debate about the form of memorialization and the shape that it can take in the future," writes Adjaye. Those words aren’t set in stone; though we certainly feel In Memory Of will, like the memorials it features, leave a lasting impression.

Anyone with a love of public art and sculpture will find much to admire in this book; those in the architectural profession will enjoy the way difficult commissions have been realised in elegant, thoughtful structures; and anyone who cares about how we will recall past events well into the future will be rewarded time and time again when reading this book. To find out more and order your copy, go here.

More on All you need to know about In Memory Of: Designing Contemporary Memorials