The 2019 prize winner has shown great dynamism in recent years, especially when it comes to inflatable buildings

Arata Isozaki, the 87-year-old Japanese architect is the winner of the 2019 Pritzker Prize, not thanks to assiduously following one particular style. Instead, the award citation – published today alongside the announcement – praised the way he has managed to change and adapt over the course of a long and fruitful career.

“Possessing a profound knowledge of architectural history and theory, and embracing the avant-garde, he never merely replicated the status quo,” said the prize’s jury in its citation, “but his search for meaningful architecture was reflected in his buildings that to this day, defy stylistic categorizations, are constantly evolving, and always fresh in their approach.”

Isozaki’s early works, such as the Ōita Prefectural Library, dating from 1966, could be classed as brutalist. Meanwhile, one of his later creations, the Museum of Contemporary Art in Los Angeles, completed in 1986, is often described as postmodern.

However, more recently, he’s pushed the limits of architecture even further, creating a concert hall for a disaster-stricken area of his home country with the artist Anish Kapoor.

Here’s how our book Bubbletecture, describes this creation, Ark Nova, which is also cited by the Pritzker judges.

“Created two years after a major earthquake and tsunami hit Japan in 2011, Ark Nova was intended to bring culture and spirit to communities still rebuilding after the devastation,” explains our book. “Conceived by the architect and artist team of Arata Isozaki and Anish Kapoor as a travelling concert hall, the 30 m (110 ft) diameter, 18 m (60 ft) high, eggplant-hued, air-filled membrane could be transported to a venue, inflated, then deflated and folded, ready to travel to the next location. The uninterrupted internal space could accommodate five hundred people, and held events such as jazz concerts, performing arts shows and exhibitions.” 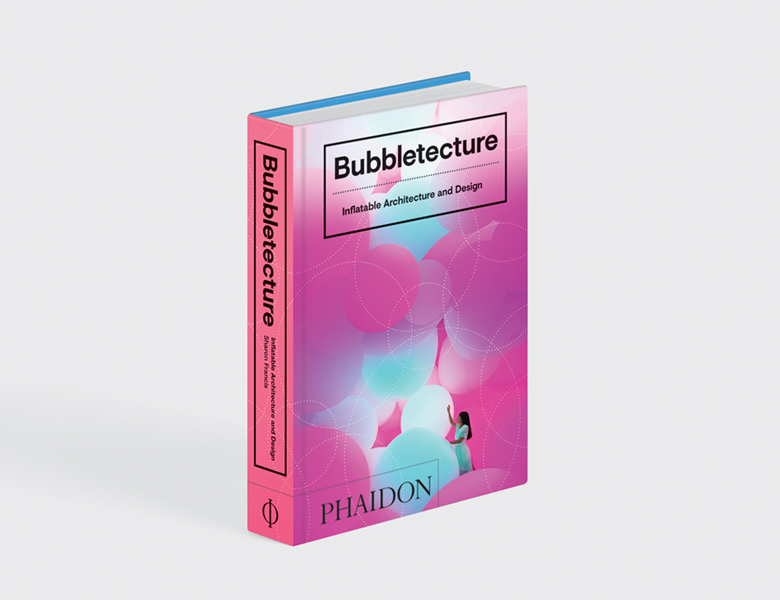 For more on this building and the wider possibilities of pneumatic architecture, order a copy of Bubbletecture here; and for a deeper understanding of his life and work, order a copy of our Isozaki monograph here. Congratulations on the award Arata. 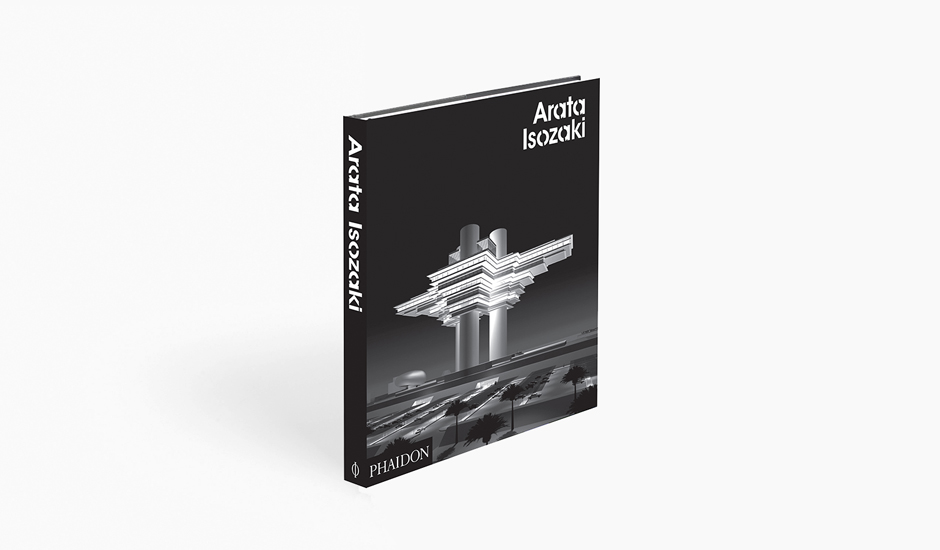 Following in the footsteps of Nanotecture, Mobitecture, and Pet-tecture, a fascinating and fun guide to everything inflatable

Although inflatable objects have been around for more than 200 years, architects, artists, and designers keep rediscovering this deceptively simple – often playful, and occasionally bizarre – technology. Bubbletecture brings together inflatables in every conceivable size, shape, and hue across the realms of architecture, design, art, and fashion. From inflatable dresses and hats to buildings employing cutting-edge technologies, from ingenious chairs, lights, bowls, and even egg cups to children's toys and provocative art installations, Bubbletecture demonstrates that inflatable design is simply irresistible.

Sharon Francis is an architect with more than twenty years' experience in private practice in the UK, Hong Kong, and the USA. She has taught at three Australian universities and contributed to several architecture- and design-based books. She currently lives and works in New York City.

"The bubble is officially back in fashion with an effervescent new publication by Phaidon."—Aesthetica

"Inflatable architecture is back in fashion."—Dezeen

"Bubbletecture captures the incredible range of inflatable architecture, fashion, art, and design that has been created over the last several decades."—Colossal

"[A survey] of lively and surreal inflatables in architecture, design, fashion and art... Often ephemeral in nature... and they can be quite tongue-in-cheek, too."—Artsy

"Phaidon's book comes at a critical moment: one in which the possibilities for inflatables technology are taking us to innovations we once only dreamt of [...], but also one in which the material that propelled such technology into popularity - cheap, mass-produced plastic - is being examined for its destructive environmental impact. More sustainable developments of the material hold better promise, however, such as the rise of ETFE panels - deployed powerfully in Grimshaw Architects' Eden Project (1998)... Whatever the future of 'bubbletecture', it already has a fascinating history and trajectory."—Blueprint

"Bubbletecture shines a light on how inflatable design has been used in everything from fashion to domesticated goods."—Hypebeast

"[A] comprehensive dive into inflatable objects from over the past two centuries... Compulsively flippable."—New York Magazine

"Bubbletecture is a fun-sized book with a bubblegum-pink cover from Phaidon, shows off 200 inflated projects to catch your eye and lift your spirit - from temporary shelters to airy dresses to park benches... Measuring about 5 by 7 inches, the book is great to toss into your carry-on and read during take-off."—Aspire: Design and Home Magazine

"Like tiny houses, these images capture the imagination-everyone's wondered how certain bounce houses or statues were built, and this book gives you a glimpse inside. People will be tickled to see how inflatable pieces have been used to make everything from clothes to furniture."—Forbes Online

"For the design geek."—Family Circle Magazine 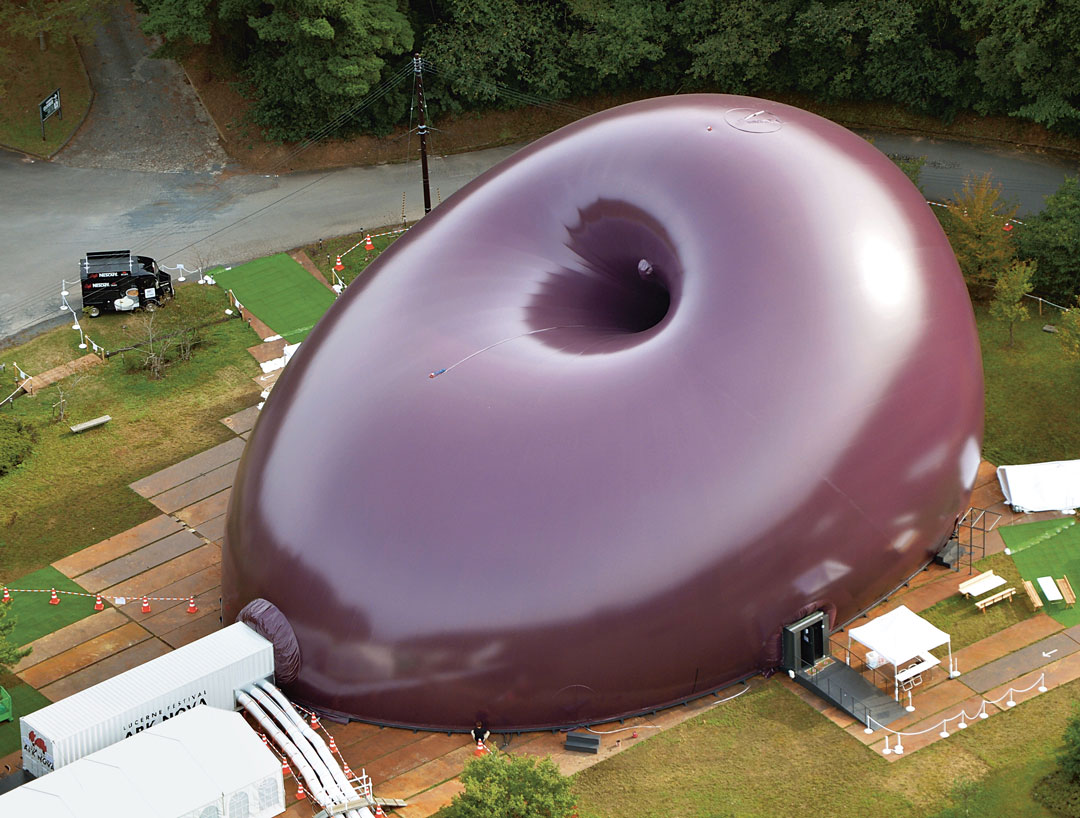 How Anish Kapoor turned an artwork into a concert hall