Planting a forest in one of America's dirtiest cities

Could this proposal to bring an arboreal landscape into the centre of Cleveland help fix the city's problems?

Meaghan Kombol’s 30:30 Landscape Architecture is an excellent showcase of global projects designed to improve the quality of all our lives and meet the environmental challenges of the 21st century. Some of the projects featured are fully realised; others, such as Christopher Marcinkoski’s Re-Cultivating The Forest City in Cleveland, Ohio, are at the proposal stage.

The aim of this project is to “reclaim and re-imagine the entirety of the lower Cuyahoga Valley”. Back in 1969, the river found fame, and indeed infamy, when a stretch caught fire, due to an oil slick caused by a build up of years of industrial pollution. The image of the blazing river became iconic, a modern symbol of toxicity and ecological disaster. 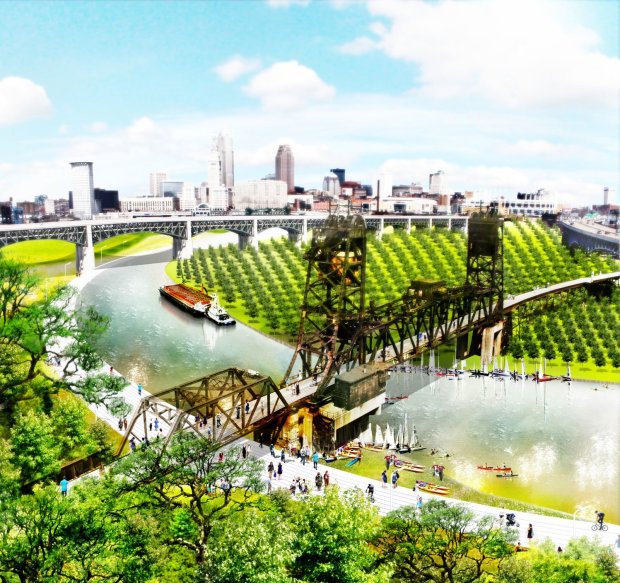 Re-Cultivating The Forest City in Cleveland, Ohio by Christopher Marcinkoski, for Port. From 30:30 Landscape Architecture

Marcinkoski’s 2013 proposals seek to transform the river area into a latter-day ecological paradigm that would serve as a centrepiece for Cleveland. Featuring a steel bridge that recalls the city’s industrial traditions, it also boasts a walkway, modern working spaces and an extensive carpet of tree-lined greenery. It is intended as a “working landscape” rather than a bland heritage site or city park, re-energising a city once considered synonymous with post-industrial decline.

With his Chicago-based firm PORT, Marcinkoski and his colleagues seek to implement “new forms of collective urban space”. However, PORT also strive to go beyond what they as landscape architecture’s “singular infatuation” with environmental ecology. Their challenge to others in their profession is to expand their horizons to take in political, economic and cultural considerations.

Re-Cultivating The Forest City in Cleveland, Ohio by Christopher Marcinkoski, for Port. From 30:30 Landscape Architecture

This involves an open-minded attitude to each of their projects, exploring the individual potentials of the areas in which they work, rather than imposing their own, dogmatic vision. Their method has been described as “productive colonisation”. It remains to be seen whether the imaginative challenge they set will be met and their daring visions put into effect. 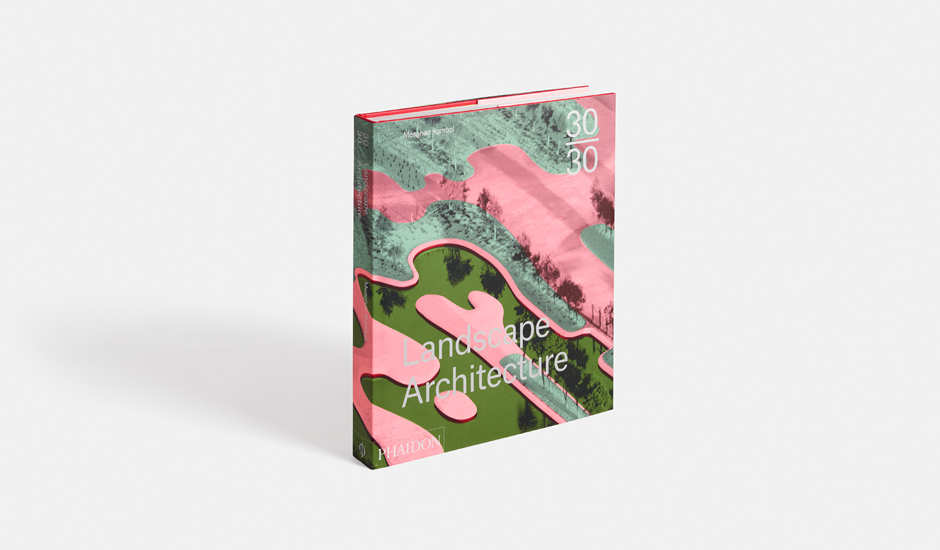 We hope you've enjoyed this brief insight into our new book. You can pre-order your copy of 30:30 Landscape Architecture here, and find out more about the title here.

In 30:30 Landscape Architecture, 30 of the most renowned landscape architects explore the work of the 30 of the world's top emerging architects with more than 500 illustrations.

This book captures the essence of how the world is designed around us. A global and influential group of landscape architects will divulge fascinating details about their work - including their inspirations and design processes - as well as debate the key issues for landscape architects today and in the future.

Meaghan Kombol was born in Seattle, Washington, and worked for the maverick design company M&Co in New York before moving to London in 2002 where she worked at London's Design Museum before graduating from Greenwich University with a Masters in Landscape Architecture. Since then she has worked with some of the most exciting names in the field, including Martha Schwartz and Kathryn Gustafson — where she worked on the celebrated design for the 'Towards Paradise' garden at the 2008 Venice Architecture Biennale. In addition to editing numerous books for Phaidon Press, she has written for The Phaidon Atlas of 21st Century World Architecture and Phaidon's Design Classics.

"A mighty tome... the text is large and clear, and the picture size and quality exquisite. This is no coffee table book despite its appearance and glamour. It should be read from front to back... As a landscape architect myself, the book makes me proud... After 40 years' experience, this book motivates me like no other has before. It should be essential reading both in the practice and college environment." —The Garden Design Journal

"The past few years have seen a revival in landscape design ...30:30 highlights the many ways in which design can be made to impact upon nature." —Wallpaper.com

"Highlights how the field is evolving towards an ever more sophisticated approach." —Design Anthology

"A wonderfully illustrated international journey... a tantalising glimpse of where the profession may be heading in the future. ...Kombol introduces several subtle departures from the standard format that makes this book an altogether more interesting read. ...Beautifully presented..." —Architecture Today

"Landscape architecture gets the Phaidon treatment in this appealing and innovative coffee table book."—The Dirt

More on Planting a forest in one of America's dirtiest cities 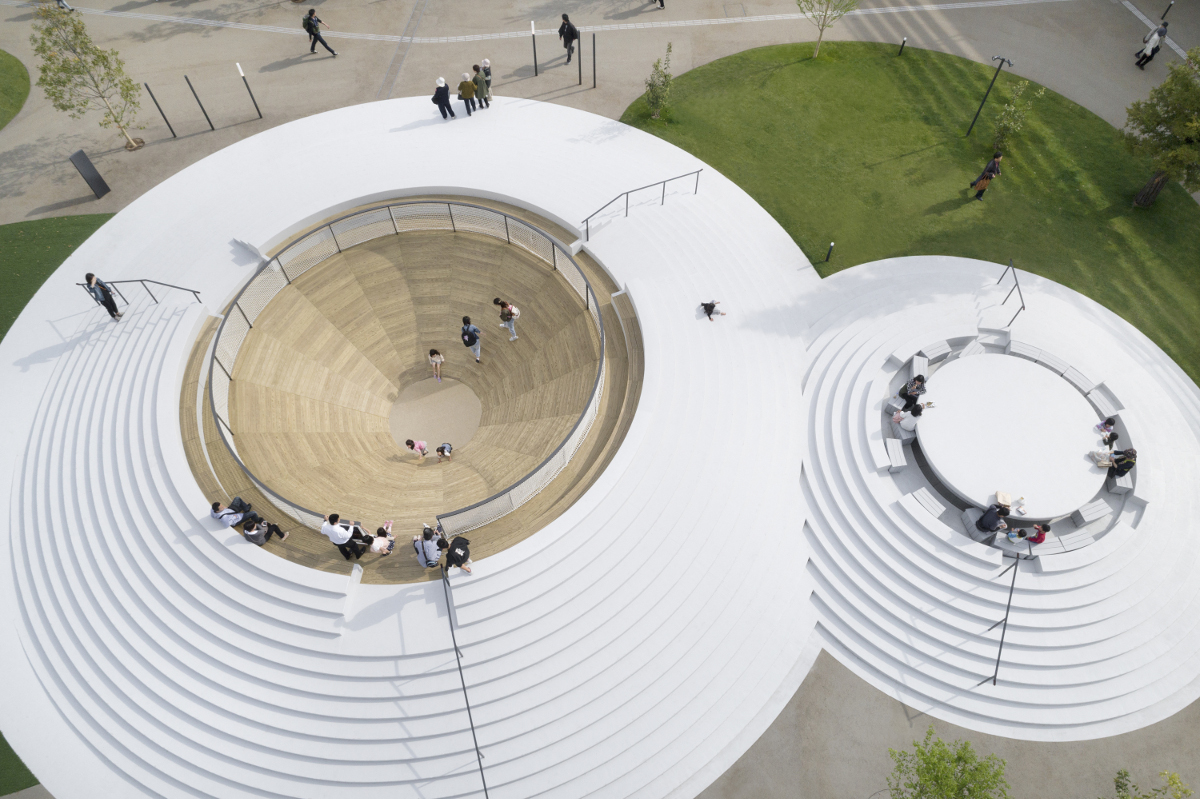 Nendo turns tombs into a fun park in Japan 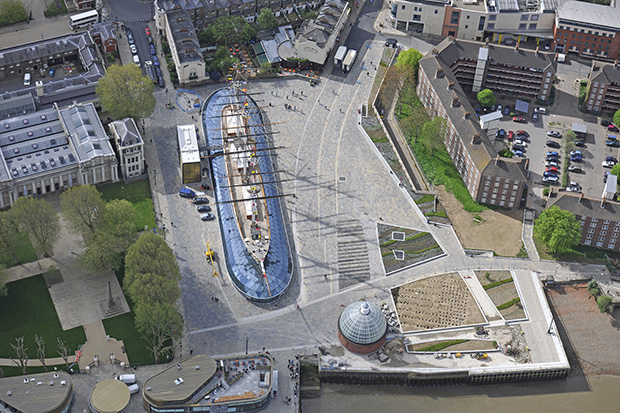 Putting spiritual back into our cityscape 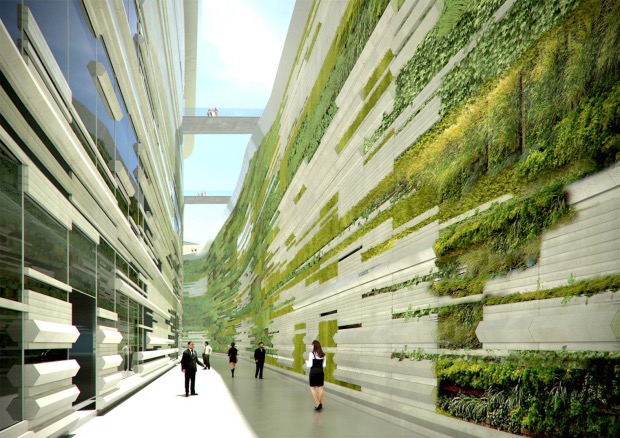 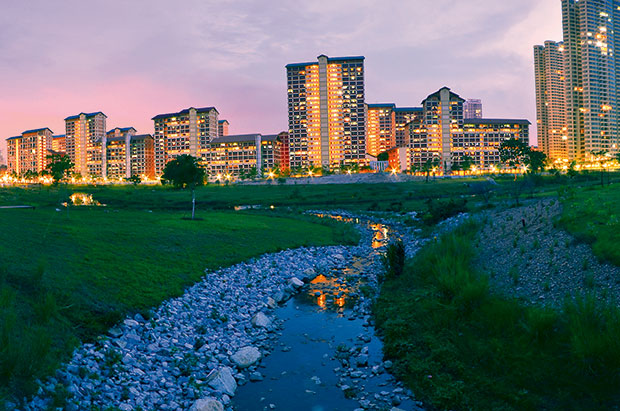 Landscaping the cities of the future 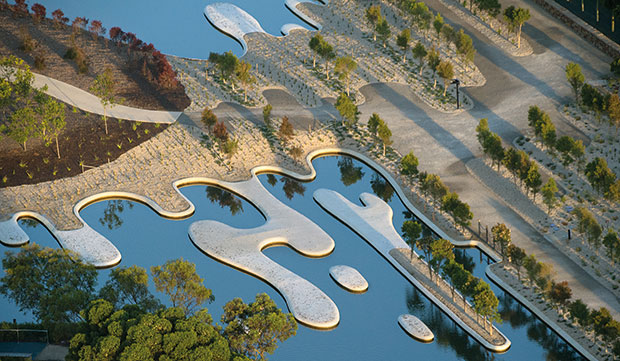 All you need to know about Landscape Architecture