The beautiful photographs the Italian photographer Mario Sorrenti first shot of Kate Moss were more than the fruits of an artistic collaboration. As he explains in our new book, Mario met Kate while working as a model in London in 1991.

“I remember sitting next to her and feeling like my heart was going to stop,” he says in Kate by Mario Sorrenti. “I was completely overwhelmed by her charm and beauty. When the shoot ended, I didn’t think I’d see her again. Several weeks later, by chance, I met her at a party in South Kensington. We hung out all night, walking into the early morning, until we feel asleep in the grass in Hyde Park. We spent the next two years together; we were inseparable.” 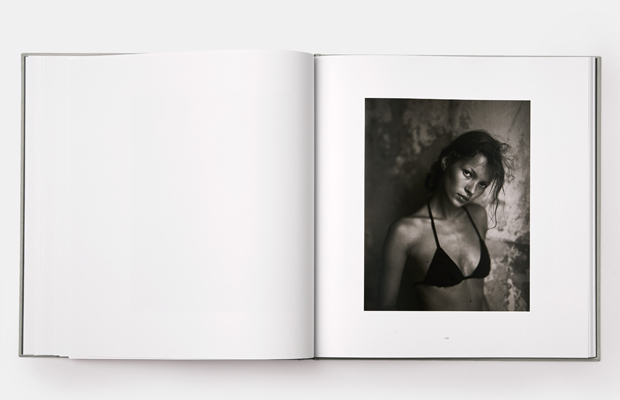 A spread from Kate by Mario Sorrenti

Those exquisite, intimate diary-like images, remain an incredibly touching body of work. However, they remain only one discrete project within Sorrenti’s long and varied career. 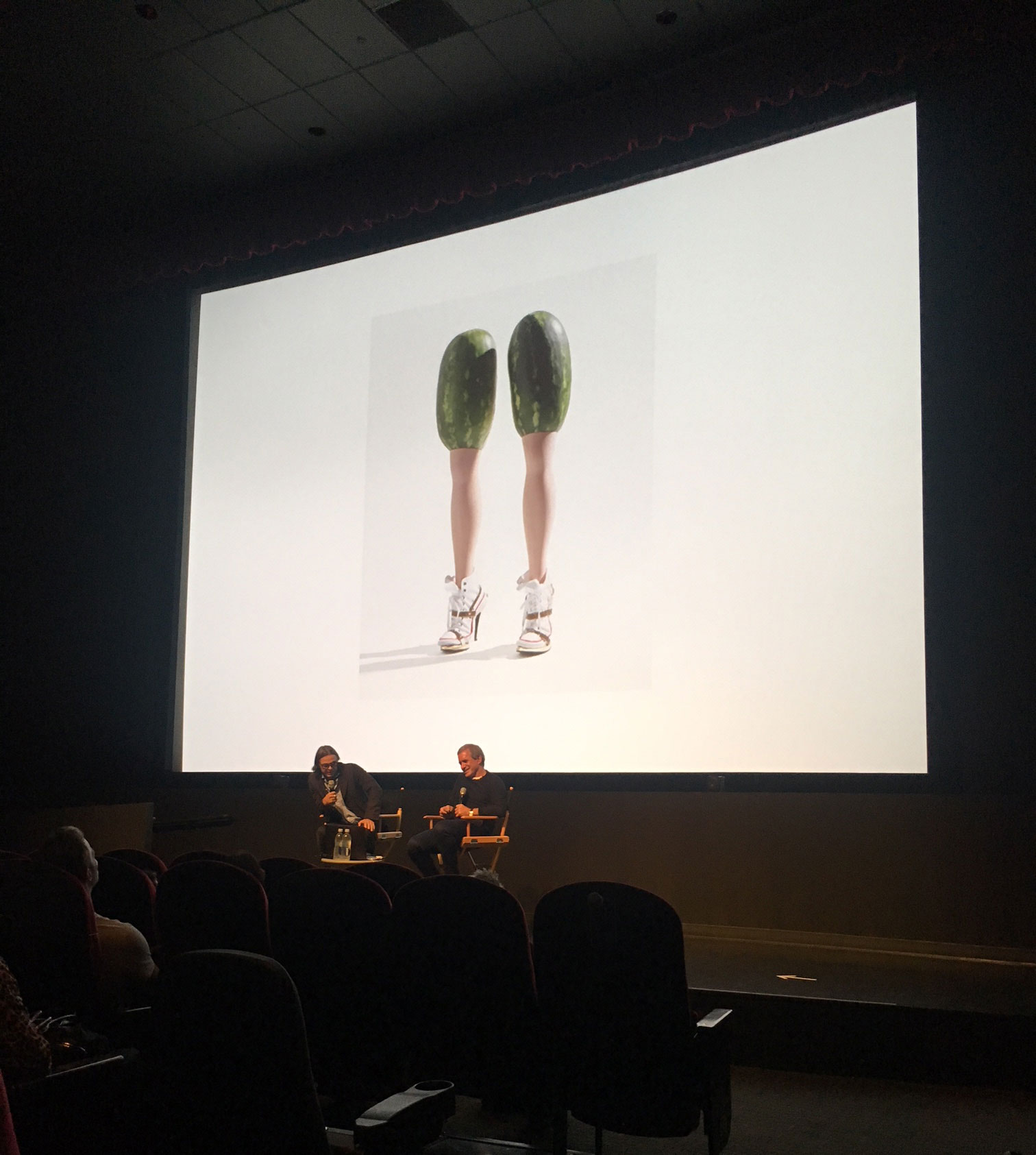 Mario Sorrenti and Jane How Watermelon

Like Kate, the stylist Jane How is another English lady who has helped Mario produce some striking images for the international fashion press including the great water melon shot above.

And, he’s also branched out into the art world. As Mario told Freedman, in 2007 he began to work with the Californian conceptual artist John Baldessari, (picture below) bringing Baldessari’s signature, blocked-out photo technique out of the art gallery and into the pages of glossy magazines. 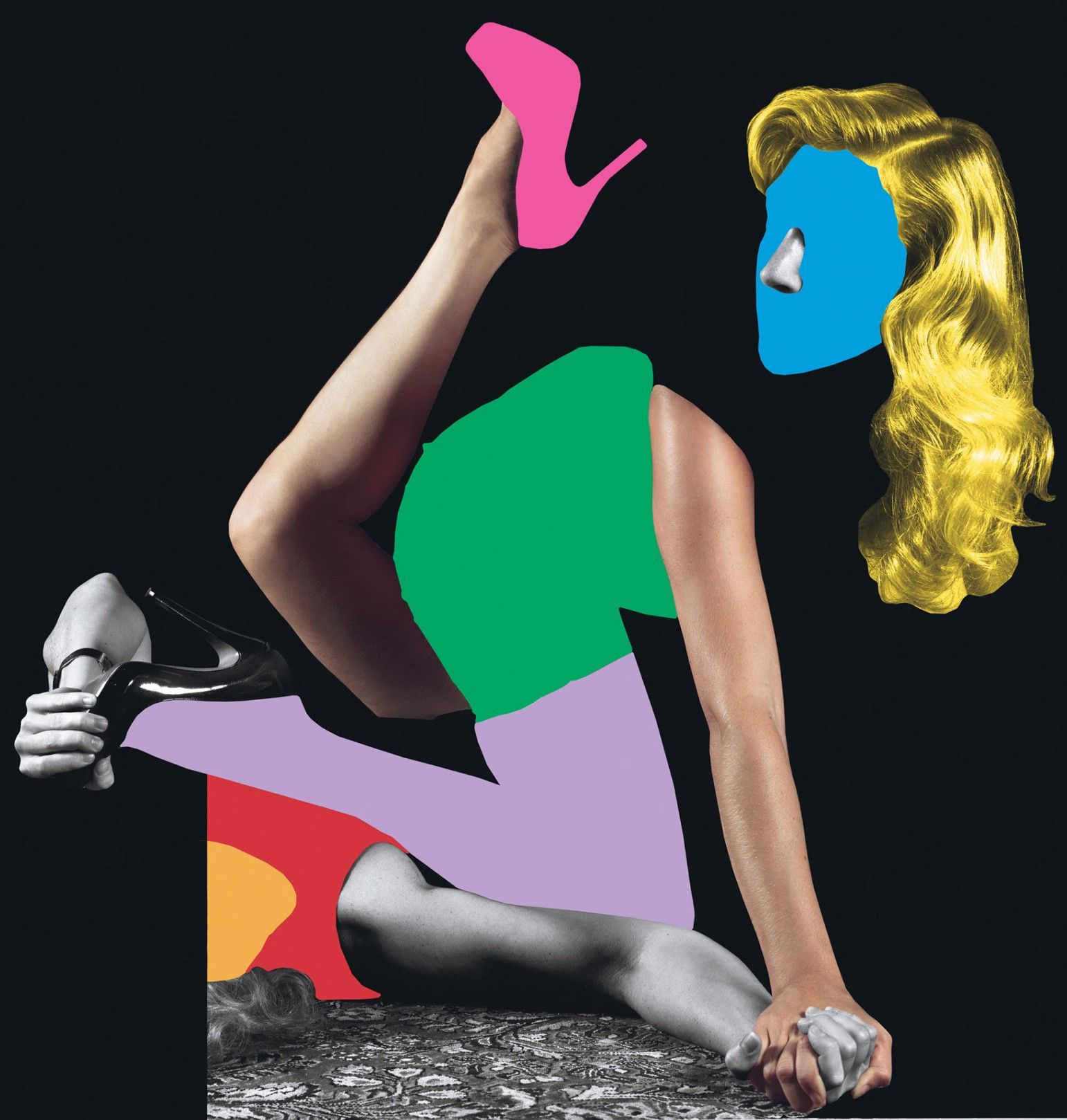 We love these later shots, but we're glad Baldessari didn't add anything to Mario's Kate Moss shots; they really can't be improved on. To see how Mario’s career began so beautifully, order a copy of Kate by Mario Sorrenti here. 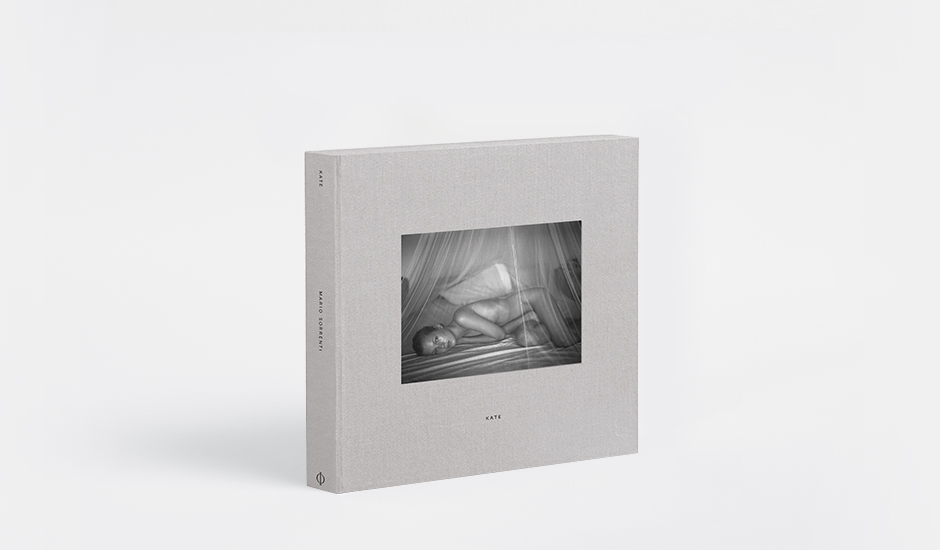 "Humphrey Bogart and Lauren Bacall. Carolyn Bessette and John F. Kennedy Jr. Jennifer and Brad. Justin and Britney. Though there are quite a few couples from yesteryear that history cannot help but mourn, perhaps none are more editorially ironic nor on better terms than Kate Moss and Mario Sorrenti... Kate features a rare 50-image series of never-before-published photographs taken just before Moss' rise to fame. Vulnerable and impossible to look away from, the photos, which were edited by Sorrenti with Dennis Freedman, show a 17-year-old, softer side of the waif-thin star the fashion world has been enumerated with for decades... Placed inside a clamshell box cover, Kate is truly an obsession."—Elle.com/uk

"The year is 1993; the hot movies are Jurassic Park and Groundhog Day while the pop charts are buzzing with debut album releases by newcomers Bjork, Radiohead and Suede... and Kate Moss, from Croydon, England, on the brink of attaining bonafide supermodel status, is just 19 years old... Here's Kate asleep, Kate playing on her Nintendo Gameboy, Kate showering, reading, smoking, and wearing her boyfriend's Y-fronts. She's make-up free, un-coiffed and happily, casually naked or half dressed, in pretty much every frame. Surroundings are idyllic and modest, actions unguarded, sweet and endearing... [Sorrenti's] pictures - all dreamy, Penn-ish black and white, all apparently spontaneous and intimate to the point of voyeuristic intrusion - capture the magic intensity of a young man and woman in love. Every delicate picture evokes a tacit sense of playful trust between photographer and subject. You feel like you are playing gooseberry just by looking at them. Who but Kate Moss can make the act of pegging clothing to a washing line - completely starkers, naturally - look like a fashion moment?"—Wallpaper.com

"Kate Moss's influence on fashion goes without saying. We're all familiar with her runway appearances and campaigns - but her pre-stardom self is something we don't get to see often... Moss became Sorrenti's muse and the pair spent their two-year relationship travelling and collaborating on images, that now offer intimate insights on their lives together."—DazedDigital.com

"Kate Moss as never seen before... vulnerable and impossible to look away from... Kate is truly an obsession."—CR Fashion Book

"An intimate insight into one the world's most well known faces before she was famous... like being granted access to the supermodel's private diary... Beautiful black and white images capture her during rare moments of unguarded intimacy, in bed or naked on the beach, before she became one of the world's most recognizable faces... We all remember our first love, but unlike Moss and Sorrenti, all we have to show for it are a few love letters and happy memories. Kate is a dream-like reminder of those heady feelings, and a celebration of the beginning of a contemporary career. It's the book your coffee table was made for."—Stylist

"An important piece of fashion history: it captures Moss – on the brink of supermodel stardom – enraptured by her first love and brimming with all the anticipation of a deer about to take a leap into the unknown or, in Moss's case, the extraordinary.... "You know, it's funny – a lot of people talk about Kate as my muse," [Sorrenti] says. "But really for us we were just boyfriend and girlfriend – and now friends – taking pictures.""—Vogue.co.uk