Bowie and Nan Goldin together at auction

A never before seen Contact Sheet of David Bowie - shot by Helmut Newton in 1983 - is expected to sell for between $20,000 to $30,000 in Heritage Auctions' Photographs Auction in New York today. Only two of the 36 frames on the sheet have ever appeared at auction outside of Newton's studio according to Nigel Russell, Director of Photography at Heritage.

"This contact sheet represents a rare convergence between two of the world's greatest artistic talents at the height of the careers," Russell said. "By the 1980's Newton was considered one of the world's top fashion photographers and Bowie's album Let's Dance was a critical success and ensured his lasting popularity."

The photographs were shot in Monaco for Vogue magazine and they have remained in a single-owner collection since 1984. Newton himself preserved the unedited sheet and enlarged it to 48-¼ by 53-¾ inches. "Curiously, it is signed and numbered 1/15, but we know of no others that have ever appeared at auction so we wonder if the edition was ever finished," Russell said. 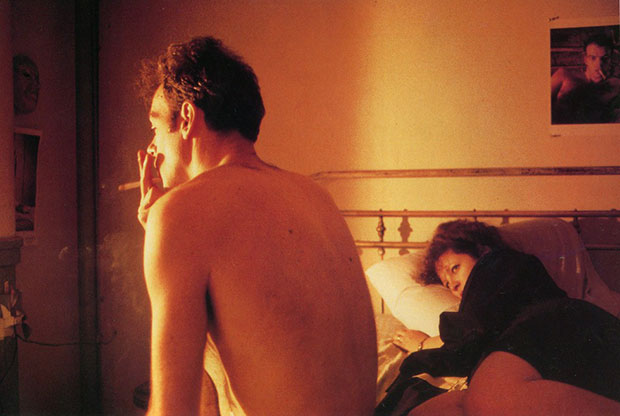 Today's auction includes an unusually large group of photographs by many masters of photography, including Ansel Adams, Alfred Eisenstaedt, Edward Weston and Bernice Abbott. An important signed and inscribed artist's proof by Nan Goldin titled Nan and Brian in Bed, NYC, 1983 is also up for auction with an estimate of $25,000-$35,000. Can't stretch to that? Well take a look at our three limited edition Nan Goldin prints all of which are circa $3,000-$4300 here.

Valerie in the taxi, Paris captures a candid moment between friends, laid-back but with an apparent intensity to Valerie's conversation that the camera rarely captures.

The Devil's Playground brings to light both the sources of Goldin's inspiration and her life as a prominent contemporary artist: she is internationally recognized as one of today's leading photographers. Born in Washington DC, Goldin grew up in Boston where she began taking photographs at the age of 15. She has since lived in New York, Bangkok, Berlin, Tokyo and Paris, amassing an extensive body of work that represents an often disconcertingly seductive photographic portrait of our time.

'Her work is defiantly stripped bare - in The Devil's Playground, reality bites." —Elle