Penelope Umbrico is a collector well suited to the internet age. Instead of scouring flea markets, antiques fairs and jumble sales for her finds, she uses search engines, stock photo libraries and Flickr, to pick out her selections. She's collected everything from 'Instances of Books as Pedestals' to 'Dogs on Pillows,' as well as lots and lots of pictures of the sun.

Umbrico was first inspired to produce her photo collages when searching for 'sunset' on Flickr back in 2006. After typing in the term she discovered 541,795 matches. Umbrico printed each image out and assembled them into one wall-size collage of photographs for Suns (From Sunsets) from Flickr (2006 - on-going) and Sunset Portraits (2010 - on-going). 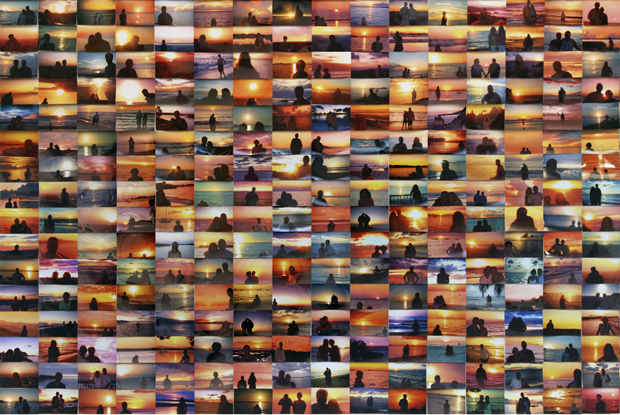 "My focus on collective practices in photography has led me to examine subjects that are collectively photographed," Umbrico says. "I take the sheer quantity of images online as a collective archive that represents us - a constantly changing auto-portrait."

Umbrico, who has shown her work at the International Center of Photography in New York and MoMA San Francisco, extended this peculiar artistic technique to take in commercial imagery, when she began gathering photographs from home-décor and improvement websites and catalogues, also in 2006. 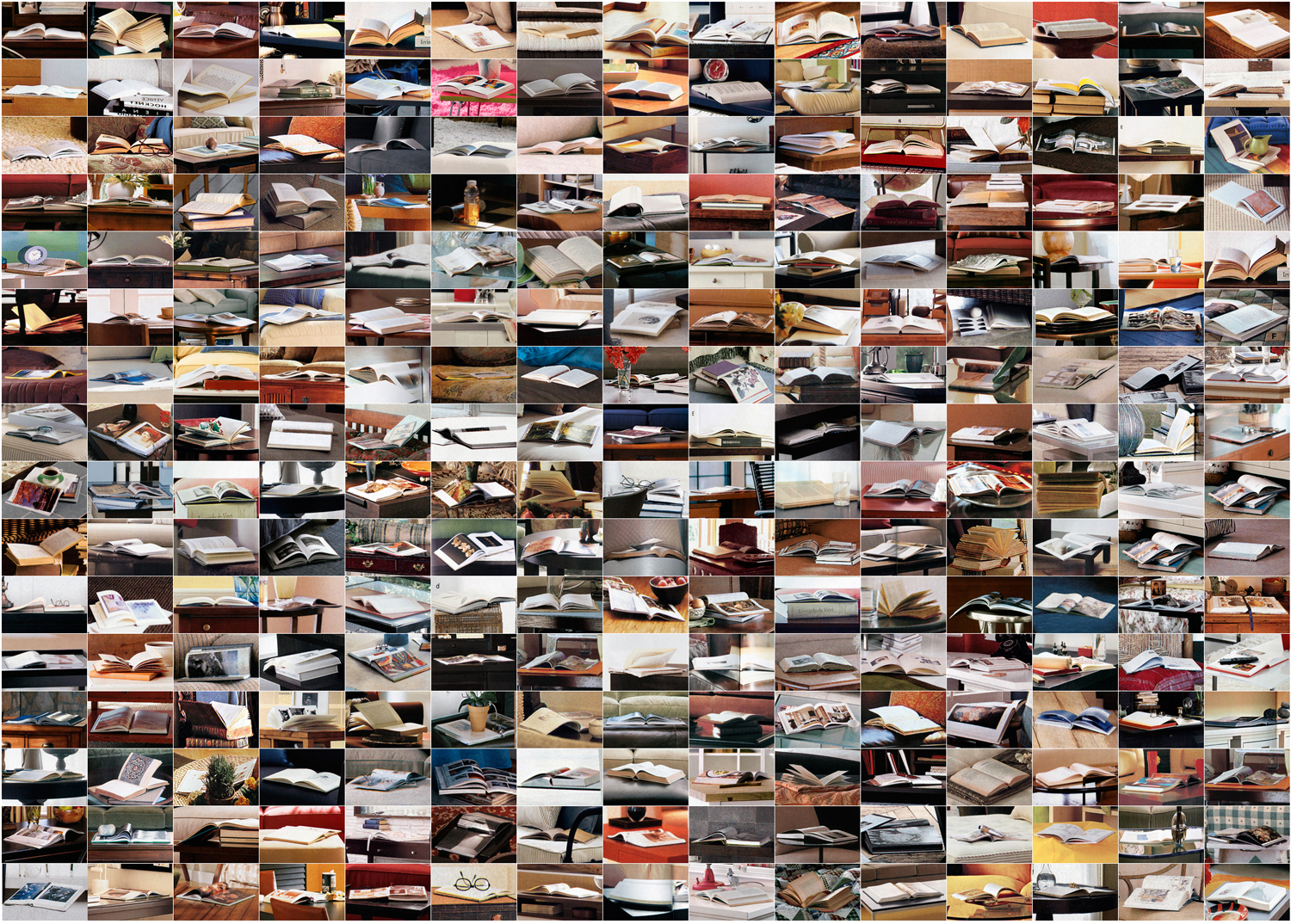 "In one Pottery Barn catalogue, I counted 241 pillows in its 176 pages," Umbrico explains. "I then painted over the content of the room with house paint (house paint being a medium that erases the personal traces and history on the walls of domestic spaces), leaving only the abundant fluffy, airy pillows."

In Umbrico's Flickr sunsets, each image looks as it if was taken to capture the world's natural beauty; collected together, is that beauty amplified or diminished? Certainly, in her series 36 Copyrighted Suns/Screengrabs she demonstrates our current drive to price and assert ownership on everything. "Taken from stock photography sites, Copyrighted Suns/Screengrabs, points to the absurdity in trying to 'own' the image of the sun," Umbrico says. 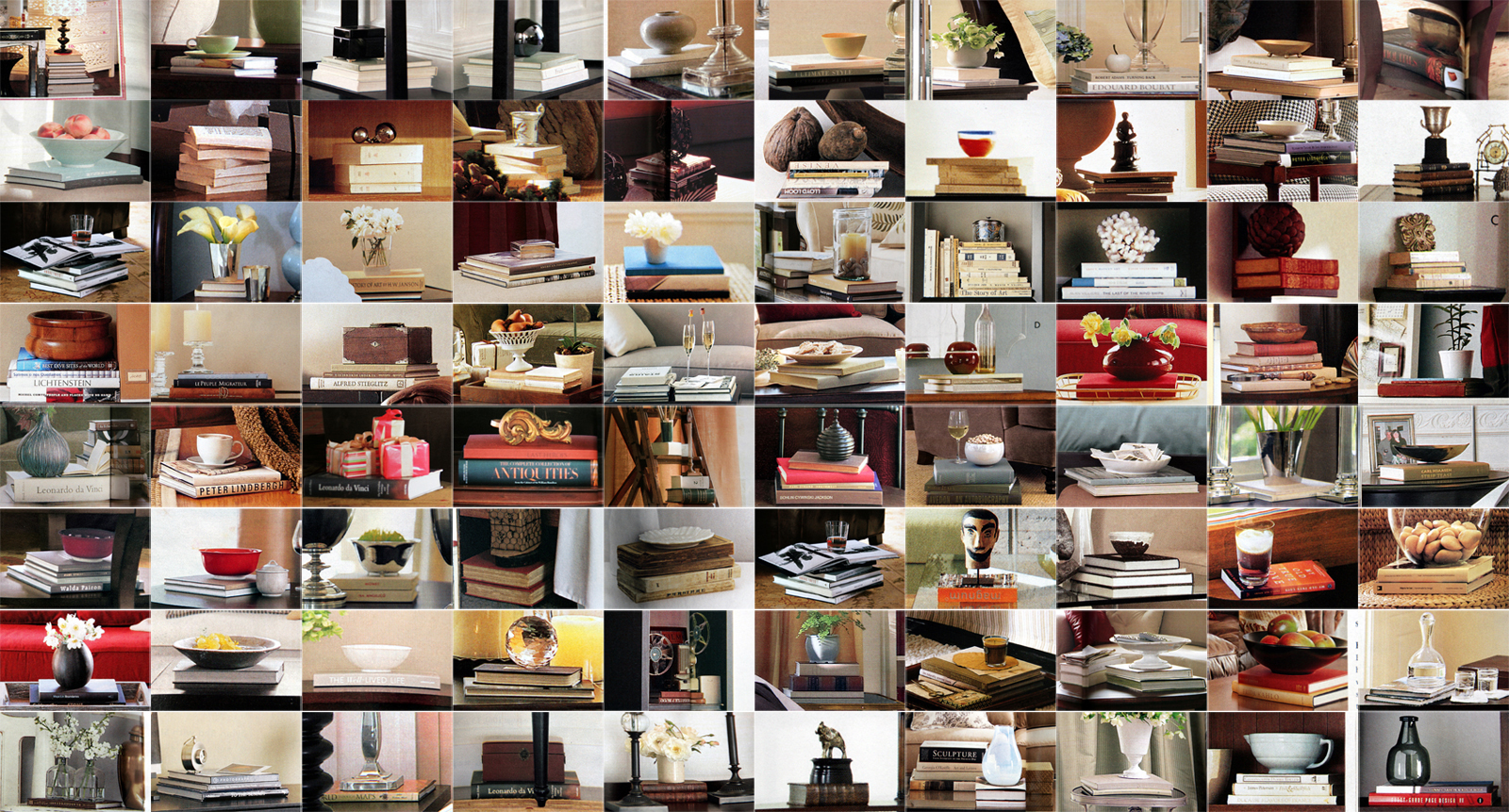 Some travel photographers might disagree, yet there's no denying Umbrico has captured something about the way we choose to photograph and preserve the world. Labelling each of her Flickr sunset works with the number of results she got on the day she made that work, the titles have increased in size each time she has created a new edition. The first gallery edition in 2007 had 2,303,057 results and the most recent had 8,730,221.

"The title itself [is] becoming a comment on the ever-increasing use of web-based photo communities," Umbrico says. "I think it's peculiar that the sun, the quintessential life giver, constant in our lives, symbol of enlightenment, spirituality, eternity, all things unreachable and ephemeral, omnipotent provider of warmth, optimism and vitamin D, and so universally photographed, finds expression on the internet, the most virtual of spaces equally infinite but within a closed electrical circuit." 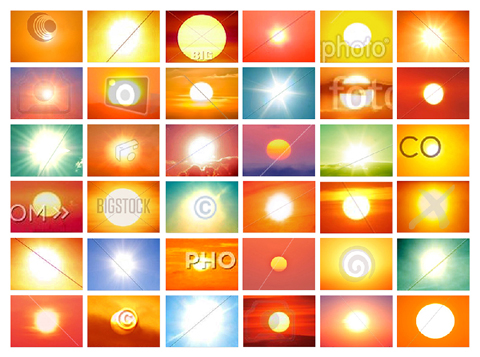 See more of her work here. For a greater understanding how photos have been preserved and published over the years, take a look at our Photography Book, a visually engaging, fully comprehensive and self-contained overview of the form. To browse through a similar collection of landscapes from a pre-internet age, take a look at Martin Parr's Boring Postcards.

More on Any of your pictures in this artist's works? 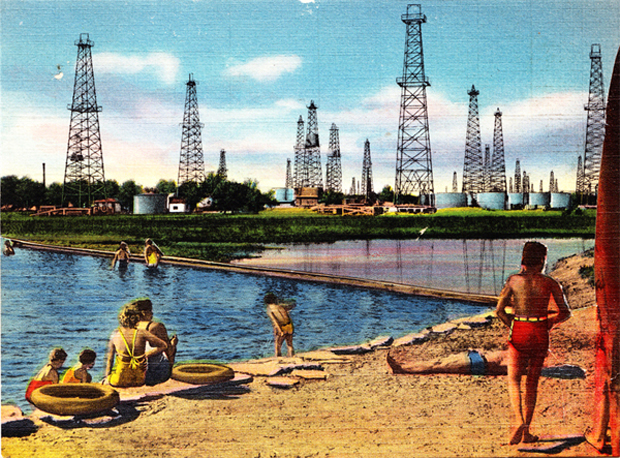