A new exhibition shows the photographer's shots from Israel, Abu Dhabi and the Ukraine alongside his US work

We might think of Stephen Shore as a quintessentially American photographer, capturing his homeland's vast scale, commercial kitsch, bounty and wealth in books like American Surfaces or his Road Trip Journal. Yet a forthcoming exhibition proves just how universally he can apply his vision.

Stephen Shore: Something + Nothing will open at  Sprüth Magers in London this coming November and run until the following January. Its title is a reference to John Cage’s Lecture on Something and Lecture on Nothing, yet it also points to the way in which Shore finds material in the most barren of artistic settings. The exhibition will show 65 photographs,dating from the early 1970s shot in parochial America, through to his more recent series, taken in Abu Dhabi (2009), Israel (2010) and Ukraine (2012).

Rather than place these sequentially or geographically, curator Todd Levin has chosen a number of recurring themes for this show's themes. Roads and intersections; billboards; hastily captured portraits; local consumer tendencies and tastes. 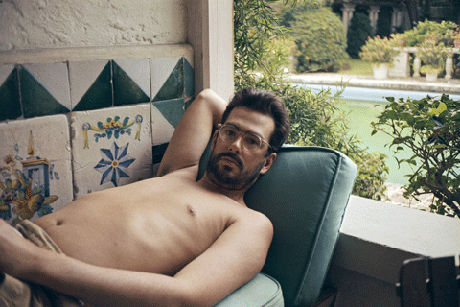 We can all picture the big signs and wide roads of Shore's US photographs. What's thrilling is to consider how he's kept himself stimulated as an artist, by finding similar, though in some senses crucially different subject matter across the globe. It reminds us of Shore's responses to interview questions we put to him a few years ago: “Whenever I find myself copying myself – making pictures whose problems I've already solved – I give myself new issues to pursue. This could be a change of content, or of media, or of camera format, or of the formal questions I'm exploring. For me, the pictures I make are the by-product of my explorations, not an end in themselves.' 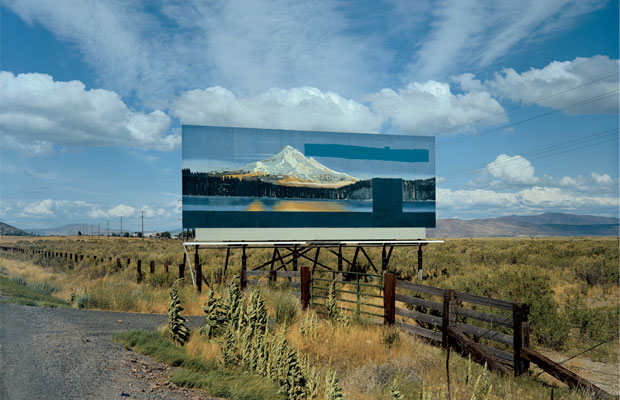 For more on the show, go here. For greater insight into the work of this wonderful photographer, please take a look at Stephen Shore's Book of Books, American Surfaces, The Nature of Photographs, as well as other titles and prints. And to take advantage of some far-from everyday offers and events, do sign up for Phaidon Club before you buy anything.

Stephen Shore, who has captured the spirit of an age in his crisp, high-key photographs, is one of contemporary art's most influential photographers. Specifications:

Michael Fried is Professor of Humanities and Art History at Johns Hopkins University in Baltimore. An art historian, poet and critic, he is a regular contributor to Artforum, and his books include 'Absorption and Theatricality: Painting and Beholder in the Age of Diderot' (1980), 'Manet's Modernism: or, The Face of Painting in the 1860s' (1996) and the collection 'Art and Objecthood' (1998), which includes his seminal 1967 essay of the same name.

Christy Lange is writer and critic based in Berlin, as well as Assistant Editor at Frieze.

Joel Sternfeld is a photographer whose acclaimed images explore the contradictory landscapes of American society with wit and sensitivity. His numerous books include 'American Prospects' (1987), 'On This Site: Landscape in Memoriam' (1997) and 'Sweet Earth: Experimental Utopias in America' (2005). He teaches photography at Sarah Lawrence College in Yonkers, New York.