The 2012 restoration of Fellini's Satyricon is on at The Curzon, courtesy of the A Nos Amours collective

Indeed, as Angel Quintana notes in our Masters of Cinema series, "Fellini was particularly attracted by the unfinished, fragmentary nature of Petronius' text, which allowed him to break once again with casual logic and concoct a narrative revolving around elaboration of forms, the creation of a world.... The Rome he conceived does not seek to be a real Rome, in any historic sense, or a mythical Rome along the lines of the old epic films; it is a ghostly Rome, the capital of a civilization in crisis, devouring itself from within." 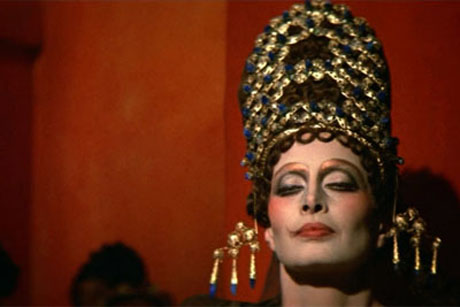 A certain spectral quality was beginning to show up in the film's reels too; Italy's National Film Archive felt the aged footage had deteriorated and required a full colour restoration. However, this state body lacked sufficient funds, and turned to Dolce & Gabbana to pay for the work. It was a wise choice, as The Italian fashion house has long acknowledged a debt the great Italian director, and have created three collections inspired by his films.

"Italian cinema by Fellini, Visconti, Antonioni, Rossellini and De Sica, just to mention a few, has given us so much; it has enabled us to dream and it has inspired our fashion and our images, which we use to recount life," Domenico Dolce and Stefano Gabbana told Vogue when the film opened at the 50th New York Film Festival last autumn. "It was therefore only natural for us to contribute to the restoration of Satyricon, a film by a director whom we love and whom we wish younger generations and foreigners would get to know better too." 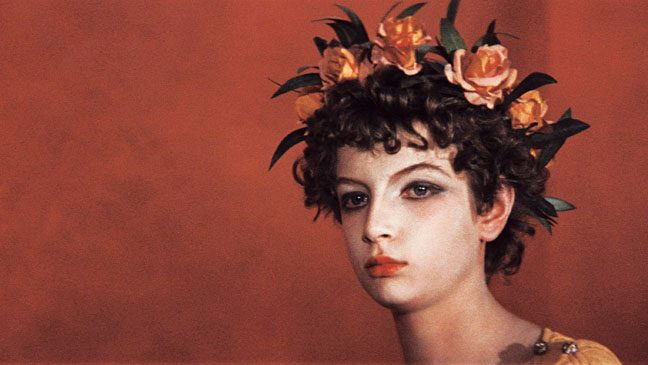 Now London audiences have the chance to view the film, as part of the ongoing screening series from the capital's film collective, A Nos Amour. To find out more about their screening on 10th September at The Curzon Mayfair, click here. For greater insight into the director and his work, please take a look at our Masters of Cinema book, put together in association with Cahiers du Cinema. For more on the work and influences of Dolce & Gabbana, consider the new edition of our Fashion Book, described by Vogue as 'the fashion Bible'.

Federico Fellini (Italy, 1920-1993) is a major figure in the history of cinema, who created his own highly personal and baroque cinematic language. He had his first major success in 1954 with La Strada, in which his wife and favourite actress Giulietta Masina plays the unforgettable Gelsomina, an innocent clown who falls prey to the violence of the post-war period. With La Dolce Vita of 1960, Fellini turned his attention to modern life and the scene in which Marcello Mastroianni and Anita Ekberg embrace in the Trevi fountain has become a globally-recognized symbol of seduction. Psychoanalysis is a clear influence on 8½ (1963), in which the character of the film-maker, played by Mastroianni, is a fantasy double of Fellini himself, while Fellini Roma (1972) and Amarcord (1973) are highly personal films, combining caricature, dreams and nostalgia. In the 1980s Fellini made Ginger and Fred (1986) and Intervista (1987), both melancholic reflections on the death of cinema. Through the prism of the director’s own desires and obsessions, Fellini’s work is universal in scope, dealing with modern humanity in all its contradictions.

On the Masters of Cinema Series

"Modern directors are briefly and brilliantly profiled in sharp prose and smart pictures in these movie master-classes for film buffs and beginners."—Saga

"Bargain price. Does an already saturated market need yet more auteur guides? On this evidence, yes... Briskly paced, scalpel-sharp primers... The collective quality is high, the tone scholarly but not intimidating... A triumph of layout as much as content, each book glows with gorgeous on- and off-screen archive photography... Magnifique."—Total Film