“Although Mussolini preferred speaking directly to audiences from his balcony at the Palazzo Venezia in Rome,” writes Steven Heller in our book Iron Fists: branding the 20th century totalitarian state, “he knew the value of radio and film in reaching the masses.  He personally laid the foundation stone of Cinecittà (Film City) outside Rome, and placed his son Vittorio in charge of the complex.”

While it may have begun as a factory for cinematic propaganda, Heller goes on to acknowledge that after WWII the film complex became the birthplace of Italian New Wave cinema. 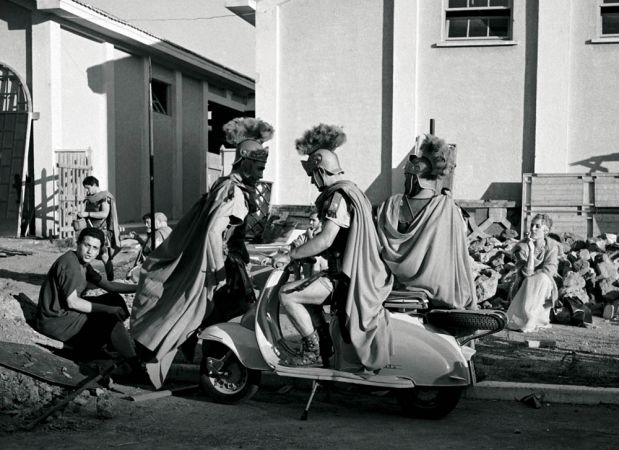 Period-drama extras in Cinecittà during its heyday

It’s for the films made during this era that the movie studio is best known, earning it a Google Doodle on its 77th birthday. Here Federico Fellini celebrated and satirized the decadent post-war boom in La Dolce Vita, shooting his Palme d’Or winning feature at Cinecittà in 1960, as well as subsequent movies such as 8 1/2, and Satyricon.

More recently filmmakers such as Wes Anderson and Martin Scorsese have filmed at the complex, lensing The Life Aquatic and The Gangs of New York respectively. While online media might have played a role in weakening the complex’s financial standing, Google’s acknowledgment of this minor anniversary suggests its cultural position remains assured. Buon compleanno! as they say in Rome.

For more on Cinecittà’s foundation consider our book Iron Fists: branding the 20th century totalitarian state; for more on Fellini’s work and the studio complex take a look at our Masters of Cinema volume on the great director, produced in conjunction with Cahiers du Cinema. And, when in Rome, don’t forget your Wallpaper* city guide.

Federico Fellini (Italy, 1920-1993) is a major figure in the history of cinema, who created his own highly personal and baroque cinematic language. He had his first major success in 1954 with La Strada, in which his wife and favourite actress Giulietta Masina plays the unforgettable Gelsomina, an innocent clown who falls prey to the violence of the post-war period. With La Dolce Vita of 1960, Fellini turned his attention to modern life and the scene in which Marcello Mastroianni and Anita Ekberg embrace in the Trevi fountain has become a globally-recognized symbol of seduction. Psychoanalysis is a clear influence on 8½ (1963), in which the character of the film-maker, played by Mastroianni, is a fantasy double of Fellini himself, while Fellini Roma (1972) and Amarcord (1973) are highly personal films, combining caricature, dreams and nostalgia. In the 1980s Fellini made Ginger and Fred (1986) and Intervista (1987), both melancholic reflections on the death of cinema. Through the prism of the director’s own desires and obsessions, Fellini’s work is universal in scope, dealing with modern humanity in all its contradictions.

On the Masters of Cinema Series

"Modern directors are briefly and brilliantly profiled in sharp prose and smart pictures in these movie master-classes for film buffs and beginners."—Saga

"Bargain price. Does an already saturated market need yet more auteur guides? On this evidence, yes... Briskly paced, scalpel-sharp primers... The collective quality is high, the tone scholarly but not intimidating... A triumph of layout as much as content, each book glows with gorgeous on- and off-screen archive photography... Magnifique."—Total Film 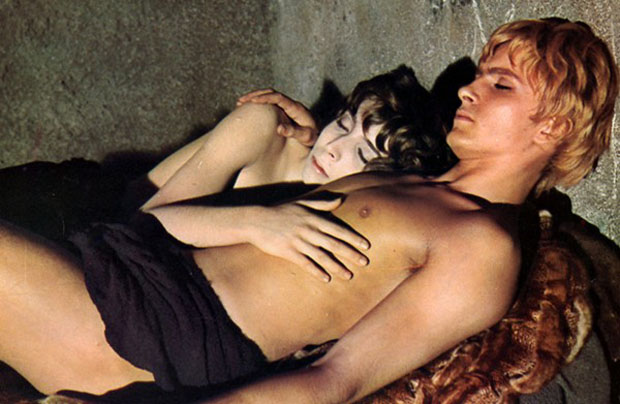