Japan: The Cookbook's author shares her knowledge with everyone from Google to the New York Times

When it comes to explaining Japanese cookery to American gastronomes, there are few people better placed than Nancy Singleton Hachisu. Though she was born in California, Nancy has spent the past few decades living on a farm in Japan with her family, researching, cooking and writing about the country’s cuisine.

So, it shouldn’t come as any surprise to learn that, during her recent trip back to the US, Nancy’s cookery and culinary insights were warmly welcomed, with sell-out dinners and high sales rankings for her new publication, Japan: The Cookbook. 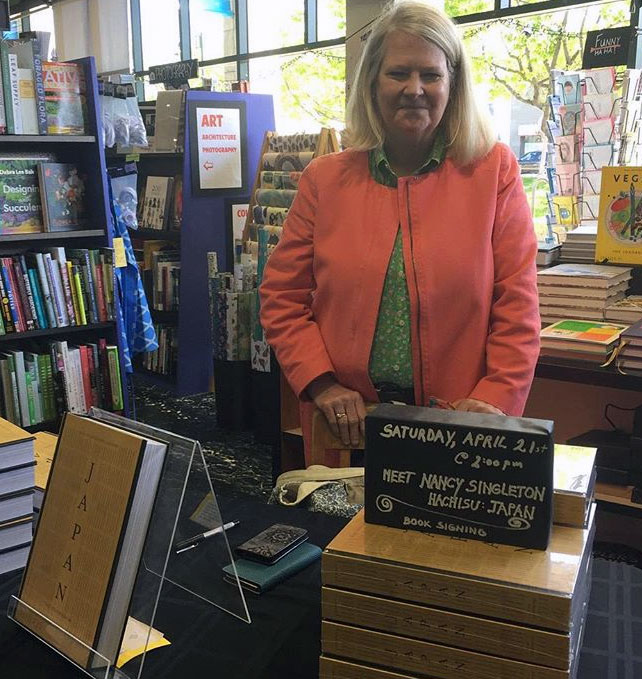 She then flew on to New York, where she oversaw dinners at Estela and Reynard at the Whyte Hotel, cooking for journalists from the Wall Street Journal, the New York Times, NPR, Eater, Bon Appetit, Travel & Leisure, the Huffington Post, and Martha Stewart Living, among other outlets. 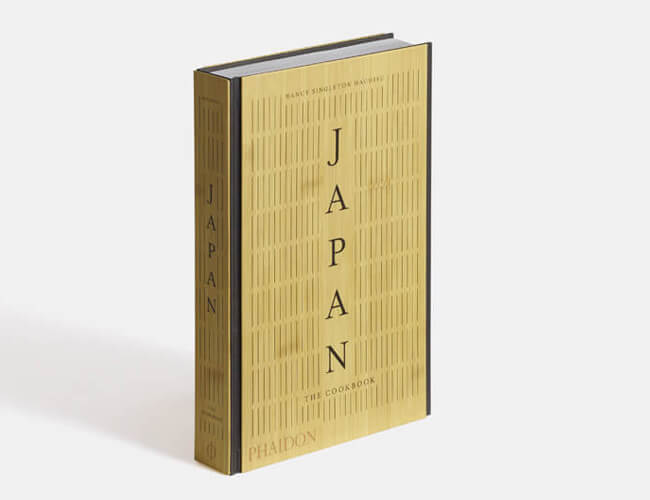 Want a taste too? Then order a copy of Japan: The Cookbook here.

The definitive, home cooking recipe collection from one of the most respected and beloved culinary cultures

Japan: The Cookbook has more than 400 sumptuous recipes by acclaimed food writer Nancy Singleton Hachisu. The iconic and regional traditions of Japan are organized by course and contain insightful notes alongside the recipes. The dishes - soups, noodles, rices, pickles, one-pots, sweets, and vegetables - are simple and elegant.

Nancy Singleton Hachisu lives on a farm in Japan with her family, and is a James Beard Award-nominated author of two cookbooks: Japanese Farm Food and Preserving the Japanese Way. Her work has appeared in Food & Wine, Saveur, The Art of Eating, and Lucky Peach. A native Californian, she has resided in Japan for thirty years, and is widely respected as an authority on Japanese cooking, both in Japan and the United States.

"I love all of Nancy Singleton Hachisu's books, but this is the one I'll use most. The recipes are (as always) clear and each one that I've made has come out as described...I especially appreciate that Nancy is so in tune with the quality of her ingredients and takes pains to describe them accurately. This alone makes me trust the recipes and Nancy's broad knowledge of Japanese food. Japan: The Cookbook is a wonderful book to cook from, look through,and live with."—Deborah Madison

"[A] new window into Japanese cuisine. Familiar cooking techniques are applied in ways I've never seen... What animates the book isn't just Nancy Singleton Hachisu's research but her lived experience of community and tradition. So many seasonal vegetables star in her recipes that I've already found myself consulting the book after visiting the farmers' market."—Jonathan Kauffman, author, Hippie Food: How Back-to-the-Landers, Longhairs and Revolutionaries Changed the Way We Eat

"Of all the cuisines we hope to get to grips with, Japan's is the trickiest so we can't wait to tuck into Phaidon's bamboo-effect tome... Nancy Singleton Hachisu [...] demystifies tempura, teppanyaki and ramen, while arty photos display the dishes."—Sunday Times Travel Magazine

"Ramen, sushi, stir fries... Japan's signature dishes are loved around the world, but they can be tricky to reproduce at home. Nancy Singleton Hachisu's Japan: The Cookbook aims to demystify those classics and more. Divided into 15 chapters by course, the book brings together 400 recipes that explore every part of Japan through soups, noodles, pickles, one pots, sweets and, of course, lots of vegetables, in one delicious package."—Christie's International Real Estate

"Hachisu has long been a reliable source on all things Japanese cuisine, and her latest cookbook is by far her most show stopping... Highly comprehensive."—Tasting Table

"Nancy Singleton Hachisu, who was born in California but has made her home for the last 30 years on an organic farm in Japan, is a veteran of English-language books about Japanese cooking... Those looking to start exploring the breadth of Japan's cooking will find much to dive into."—Food & Wine Online

"Interest in cooking Japanese food is growing hugely, so this informed, calm book is very timely. Hachisu is well-known as a food writer and for this sumptuous title she has compiled 400 recipes - from the most famous regional dishes to simple home-style cooking."—CODE Quarterly

"[T]he defining characteristic of all Japanese food is the care and attention that goes into preparing it. If you're going to try your hand at any of it at home, it's best to have a guide - and there isn't a better one than Japan: The Cookbook. Complete with over 400 recipes by food writer Nancy Singleton Hachisu, the book makes Japanese cooking accessible, with clear instructions and helpful notes alongside many of the recipes... Elevate your home cooking to a new level."—Cool Material

"Aficionados of Japanese food and enthusiastic amateurs alike will love this elegant new cookbook... Each chapter offers fascinating insights into a different aspect of Japanese cooking, and there's a useful glossary at the back. The photography and design are simple but sublime, just like the cuisine itself." —Wallpaper*