Take a look at the dishes in our latest James Beard winner!

However its creator is no militant anti-meat-eater. Author and Lebanese housewife Salma Hage, from the remote Kadisha Valley in North Lebanon, has over fifty years experience of family cooking, and will happily prepare a lamb kofte for herself and her loved ones. After all, she also wrote The Lebanese Kitchen, which includes plenty of carnivorous dishes. 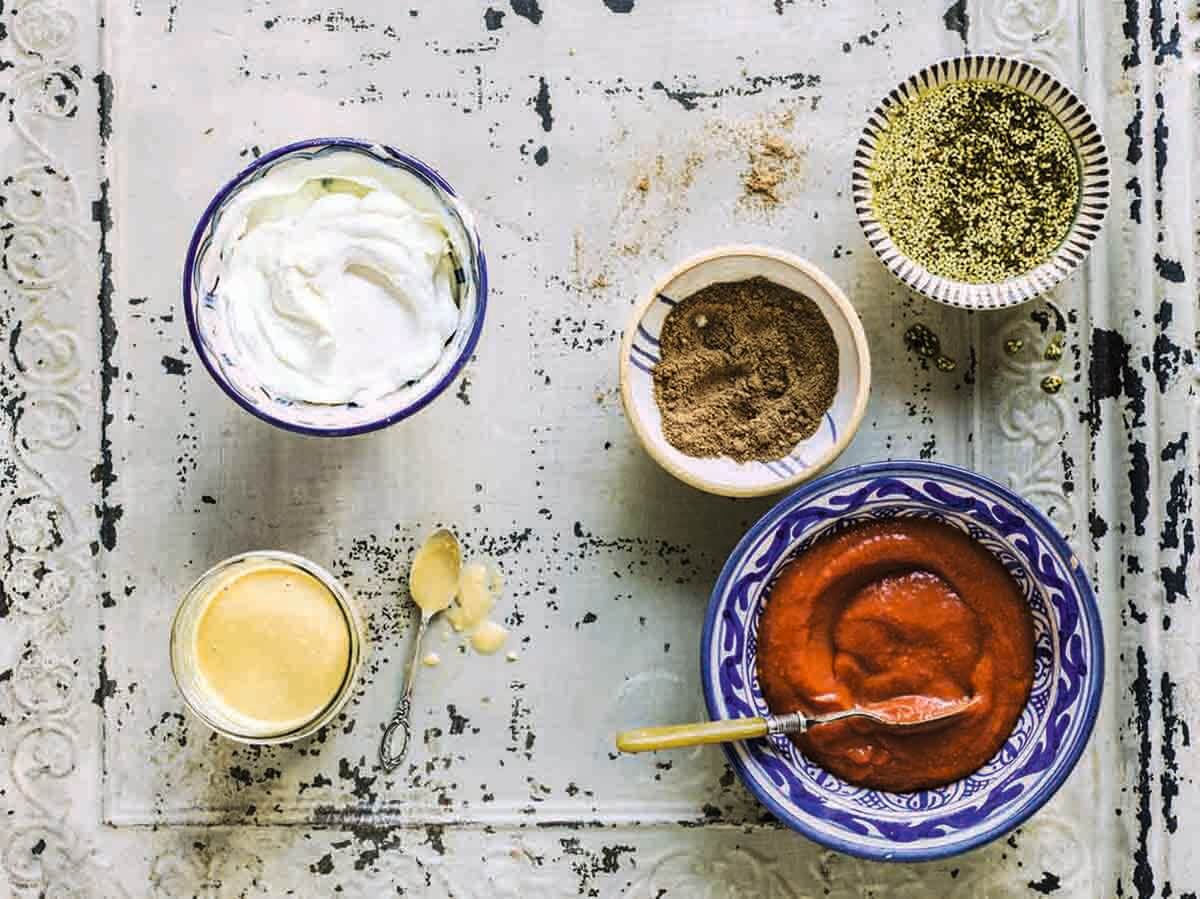 A selection of basic recipes from The Middle Eastern Vegetarian Cookbook

Hage felt prompted to write the James Beard-winning book partly inspired by her childhood experiences. “My brother said to me, 'We were all much healthier when there wasn’t so much food around,'” she writes in The Middle Eastern Vegetarian Cookbook’s introduction. “And, thinking about it, he was probably right. For the first two or three decades of my life, as it had been for many earlier generations, my diet was mostly vegetarian. During and after World War II, you would eat whatever you could lay your hands on and you would just thank God that you had any food at all. By the 1960s, the variety of food available had increased a lot, but we still weren’t really eating much meat and we didn’t feel that we were missing anything. 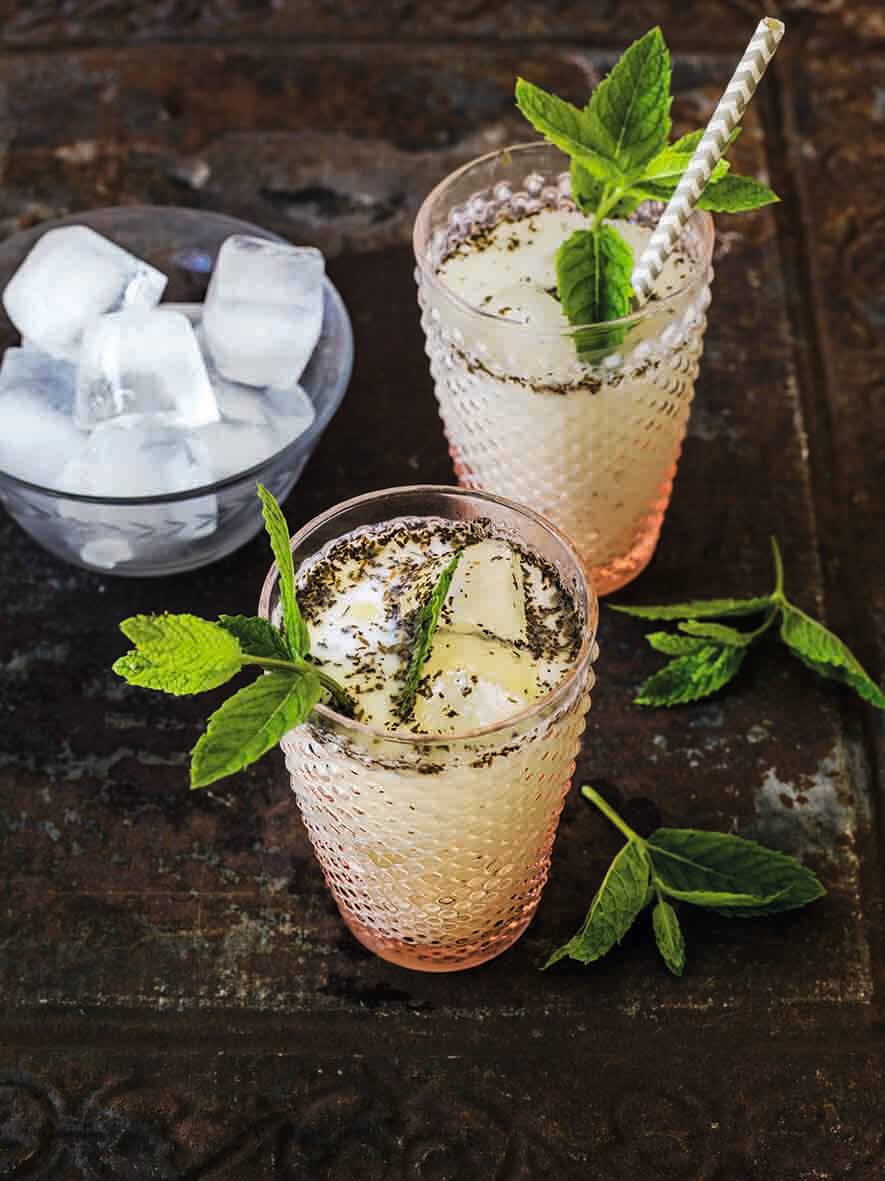 “For breakfast we would eat olives and white cheese such as feta. And we’d eat Manoushe breads covered in Za'atar made from thyme leaves that had been laid out to dry in the sunshine. We’d go round to the house where my mother baked her bread and, as it came out of the oven, we’d drizzle on a little olive oil and salt, roll it up around the olives and cheese, and eat it right there and then." 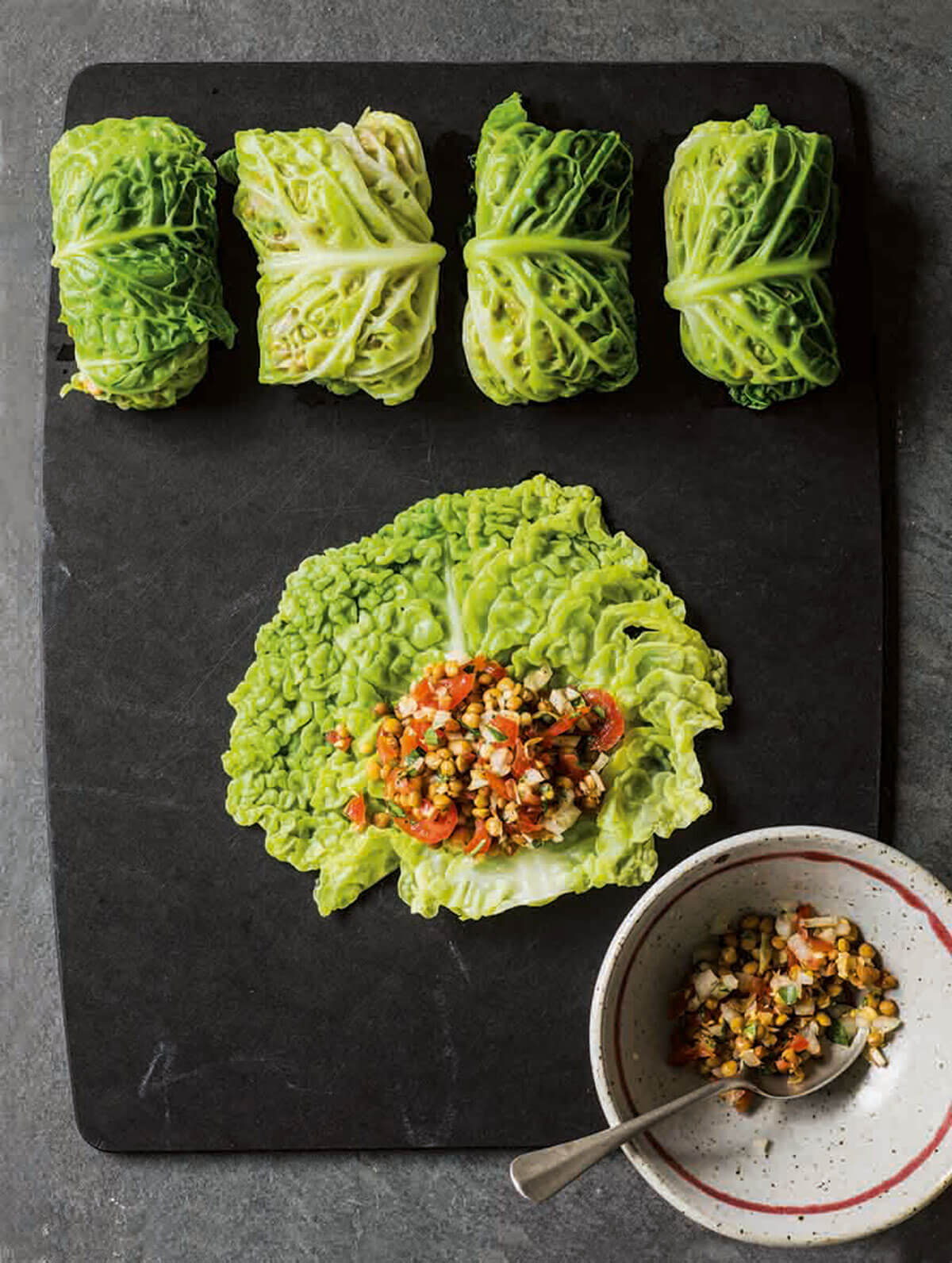 Times have changed, though Lebanese cookery in particular, and Middle Eastern cuisine more generally, lends itself well to vegetarianism, since it favours plants, oil and pulses over animal flesh. Nevertheless, judging by Hage’s win, there’s a fair bit of joy to be found in a little old-fashioned Middle Eastern austerity. 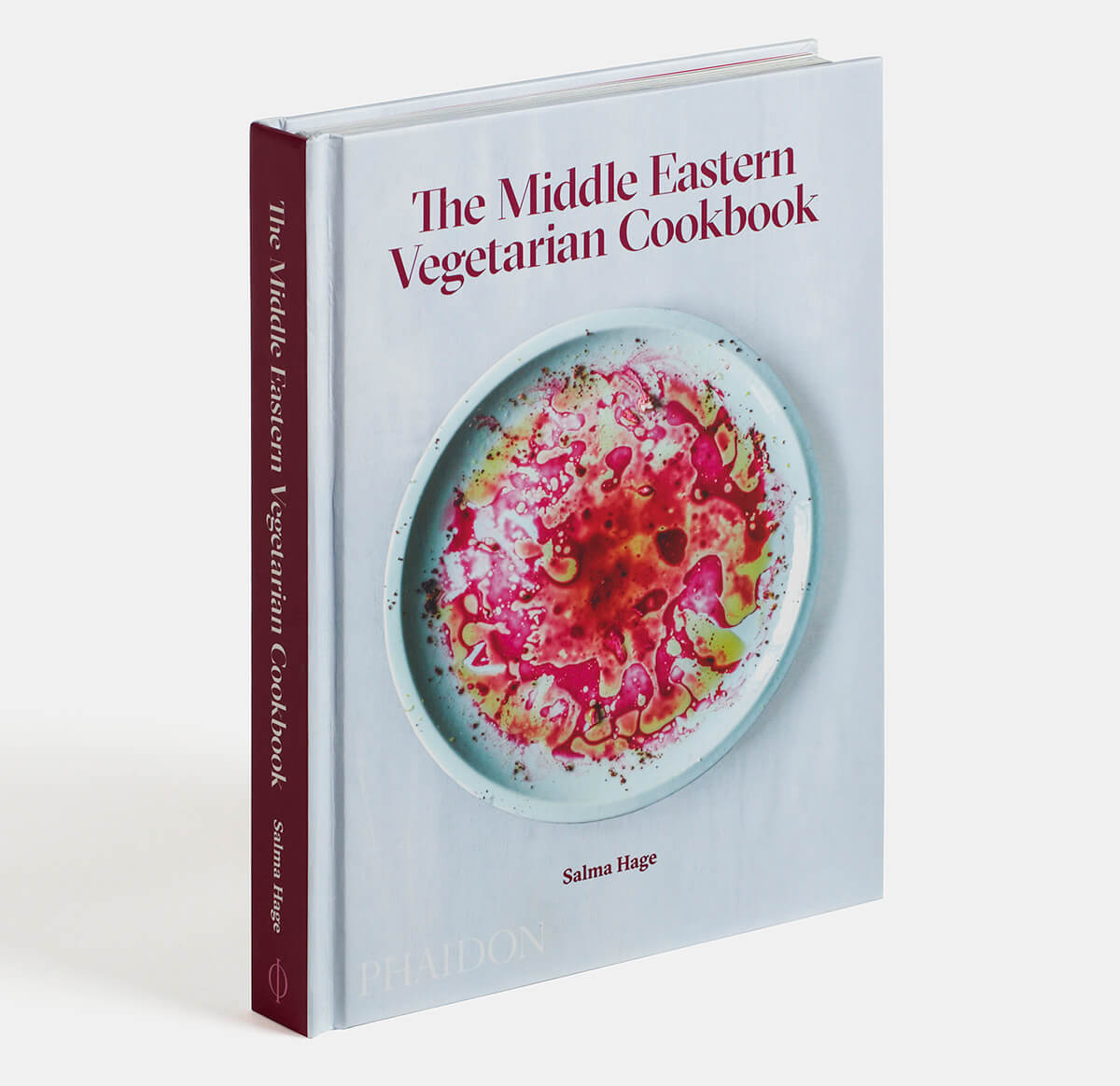 To find out more about the book go here; and to see all our cookery books go here.

A collection of vegetarian dishes influenced by Middle Eastern flavors from Salma Hage, author of the bestselling classic, The Lebanese Kitchen, also published by Phaidon.

A definitive, fresh and approachable collection of 150 traditional recipes from an authoritative voice on Middle Eastern home cooking, Salma Hage’s new book is in line with the current Western trends of consciously reducing meat, and the ancient Middle Eastern culture of largely vegetarian, mezze style dining.

Drawing inspiration from ancient and prized Phoenician ingredients, from grassy olive oil to fresh figs and rich dates, this book offers an array of delicious breakfasts and drinks, mezze and salads, vegetables and pulses, grains and desserts. Salma shows how to easily make the most of familiar everyday fruits and legumes, as well as more exotic ingredients now widely available outside of the Middle East, with nourishing recipes so flavourful and satisfying they are suitable for vegetarians and meat-eaters alike.

Salma Hage, a Lebanese housewife from Mazarat Tiffah (Apple Hamlet) in the mountains of the Kadisha Valley in north Lebanon, has over 50 years experience of family cooking. She learnt to cook from her mother, mother-in-law and sisters-in-law, and, having helped bring up her nine brothers and two sisters, would often cook for the whole family. She has also spent many years working as a cook and currently shares her time between London and Lebanon.

'Another absolutely gorgeous cookbook from Hage (author of The Lebanese Kitchen) and the folks at Phaidon.' - SFGate

'A definitive, fresh and approachable collection of 150 traditioinal recipes from an authoritative voice on Middle Eastern cooking.' - The Jewish Vegetarian

'Authentic fair with some delicious flair.' - Guest of a Guest

'A vegetarian take on the exciting flavours of the Middle East.' - The Sunday Times

'Recipes that are simple but zing with enticing, exotic flavours... Perfect light dishes for summer dining... Plenty to tempt even the most entrenched meat-eater.' - The Lady

'A viable contender for the fun-yet-sensible, go-to encyclopedia for anytime you want to get your mezze on. It's comprehensive enough to feel like the only cookbook you should own, but it's bright, glossy, open and quite easy to browse.' - The Age

'Puts Middle Eastern vegetarian fare on the map.' - The National

'What is remarkable is that this book is full of ideas that are very now... Could it be that a woman in her seventies [...] has written this years most on trend cookery book.' - Waitrose Weekend

'The recipes have an ease and the ingredients are mainly familiar ones, but then comes a technique or a pairing that adds seductive allure or ingenuity.' - The Nashua Telegraph

More on Take a look at the dishes in our latest James Beard winner! 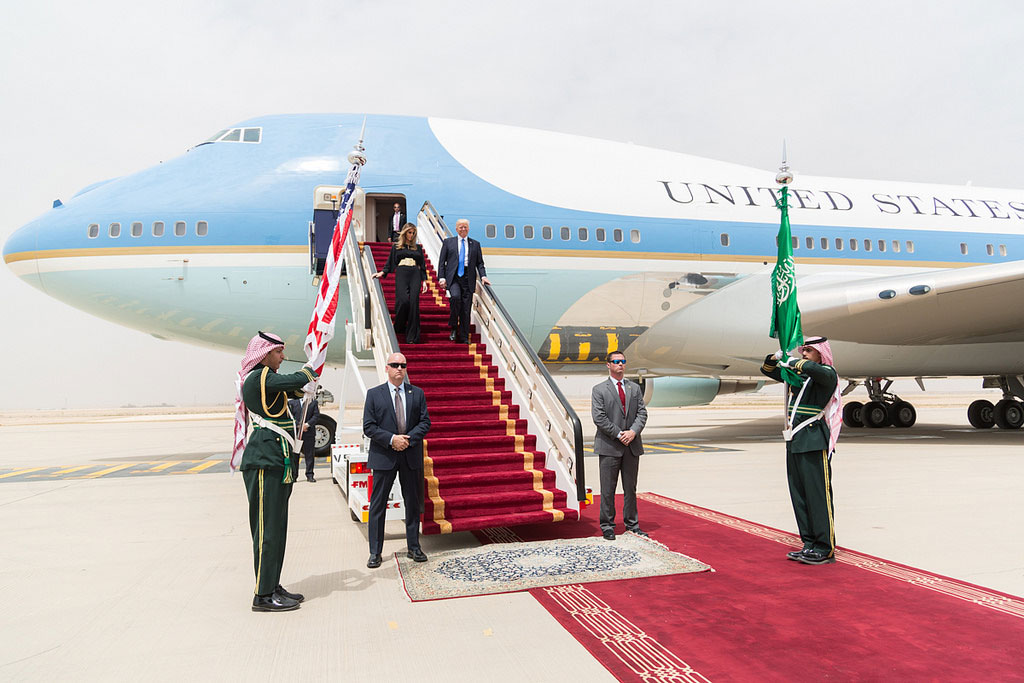 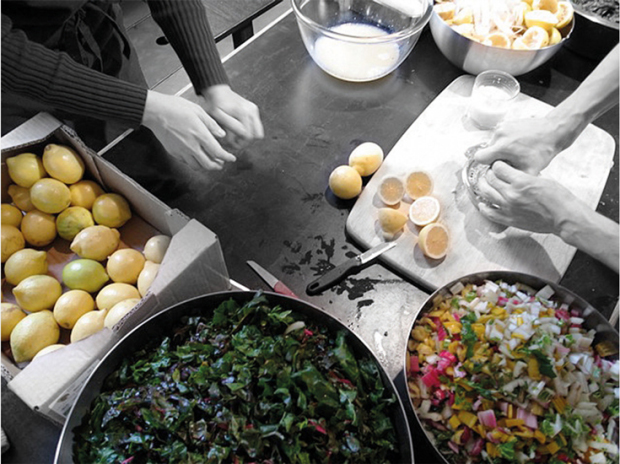 Why Phaidon is going vegetarian in 2016