Behind every pristine, new pair of athletics shoes, claiming to offer the wearer an edge within this or that competitive advantage, there's a separate competition taking place. The sneakers' advertising campaigns are all jostling for first place in our shopping baskets, our wardrobes, and ultimately, our hearts.

You can read the sports pages to learn about the winners and losers in public competitions. But to relive the excitement of those commercial bouts, you really need to get Soled Out. 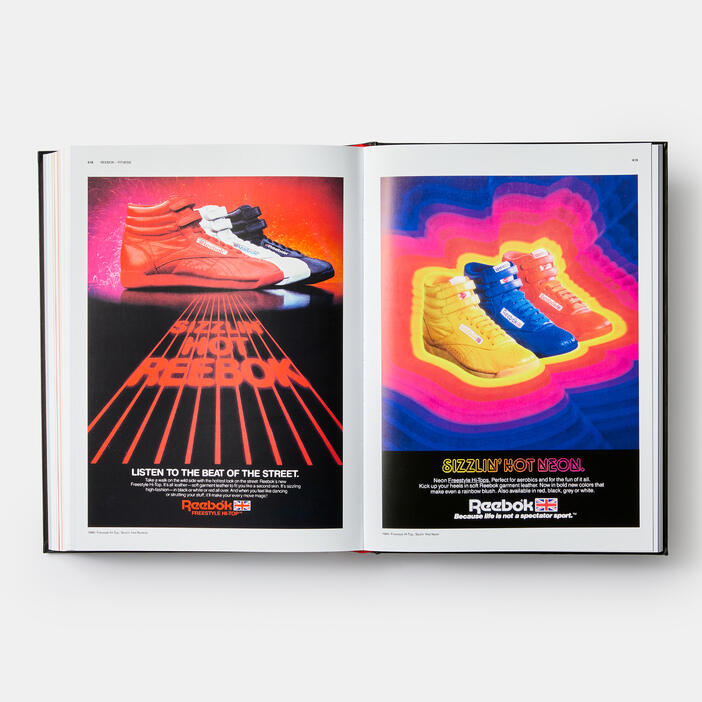 This new book is an incredible compilation of nearly 900 vintage print advertisements sourced from the golden age of sneakers – the 1970s, '80s and '90s (with just a couple of earlier Converse campaign images, for added authority). The period is defined by the book's author Simon 'Woody' Wood​, editor-in-chief of Sneaker Freaker magazine, the world's leading authority on sneaker culture. Why stop at the year 2000 Well, "advertising from the 2000s onwards is simply too modern and too knowingly sophisticated for sentimental reflection," writes Woody in the book's introduction.

Scroll back to that more innocent age, and, in Woody’s opinion, you’re in for a treat. "Viewed collectively, this is the 20th-century sports industry expressed in its own grandiose prose and muscular image," he argues. It also represents several decades of human evolution through exercise, but it works equally well as an almanac of graphic design, trick-shot photography, pro-sports mythology and razor-sharp copy writing. The free-flowing creativity on every page is mind-boggling." 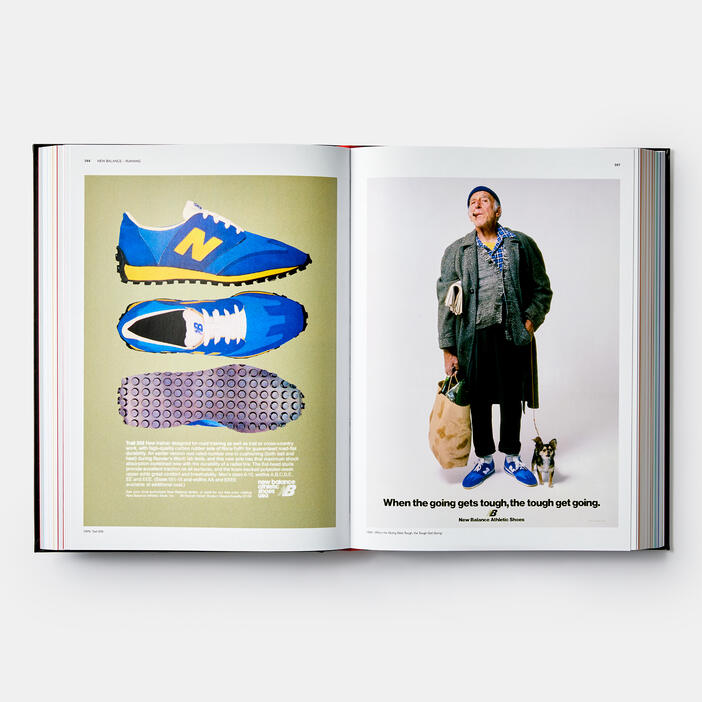 Yet, part of the thrill of Soled Out lies in the stranger, funnier, quirkier shoes and accompanying campaigns. In these pages you can find the Nike ad featuring Ronald Reagan; a pair of Reeboks endorsed by Sigourney Weaver’s character, Ellen Ripley, from Alien; the Vans shoes aimed at ‘elite’ breakdancers; the early, digital Adidas shoe that could be connected up to a floppy disc drive; as well as celebrity appearances from MC Hammer, Michael Jackson and Paula Abdul. 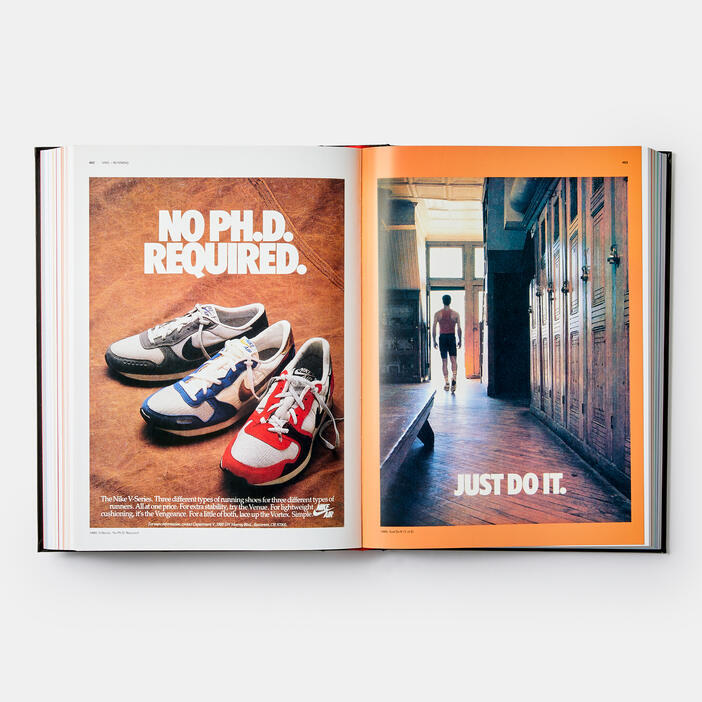 Dedicated sneaker spotters will be able to pick the odd marketing snafu or product inconsistency; for example, the Californian brand L.A. Gear had their ace quarterback Joe Montana running in their basketball sneakers. That's not how it's supposed to work, right?

Woody helps to contextualise everything, adding in countless smart editorial asides along the journey. Read this book and you’ll learn that the last time Converse Chuck Taylor All Stars were worn by an NBA player was in the 1979-80 season; that Nike's 'Just Do It' slogan was the work of their long-standing advertising partners, Wieden+Kennedy; and that, in a world of heavy branding, some odd anomalies remain – such as the Japanese sneaker company ASICS simultaneously using both its old Onitsuka Tiger identity and its newer, current ASICS branding (which is an acronym for the Latin motto 'anima sana in corpore sano' or 'healthy soul in a healthy body').

The book is a truly satisfying read for sneaker collectors, but it's also great for followers of vintage graphic design, advertising, pop culture and playful ad copy. It proves that the pre-internet age wasn't an entirely innocent period; there's lots of inter-brand sniping, with knowing references to 'air' and 'just do it'.

Soled Out shows how even million-dollar ad campaigns can get things wrong sometimes; yet more often than not the progressive layouts, sharp copy and masterful imagery demonstrates just how brilliantly competitive a field of advertising this once was. 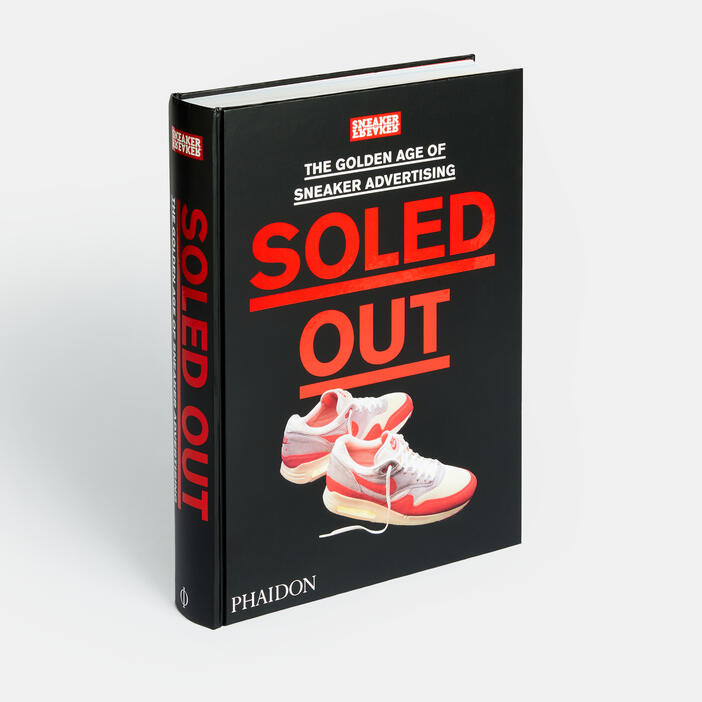 Woody himself recalls being suckered in; looking back on Andre Agassi's 1991 'rock 'n' roll tennis' ads for Nike, he wonders, "was it the actual shoes I craved so badly I'd have happily sold my left kidney to raise the cash, or was it Andre's peroxided mullet in the pages of Rolling Stone that gave me feels for life?" To experience, or perhaps re-experience those 'feels' for yourself, order a copy of Soled Out here.

More on All you need to know about Soled Out 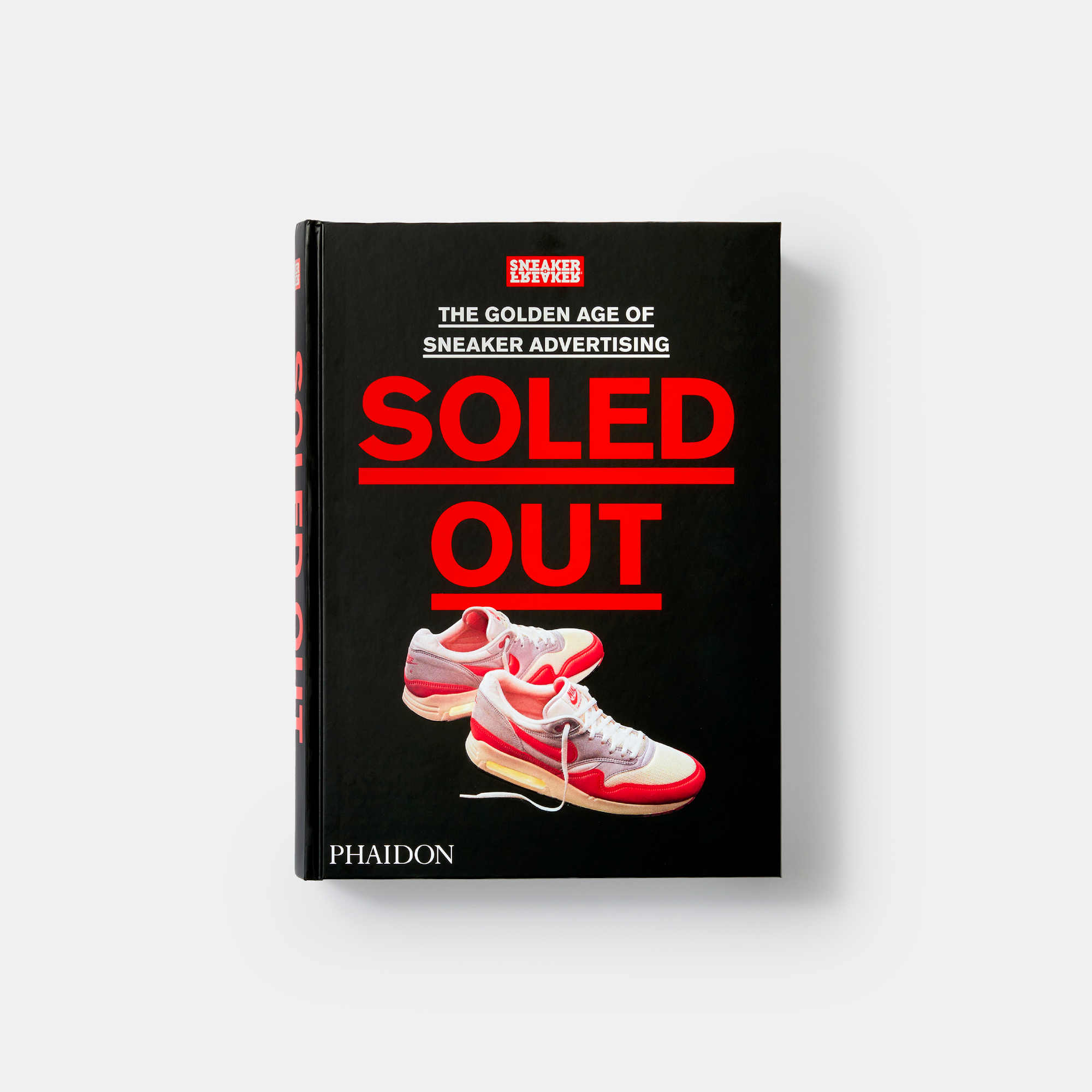 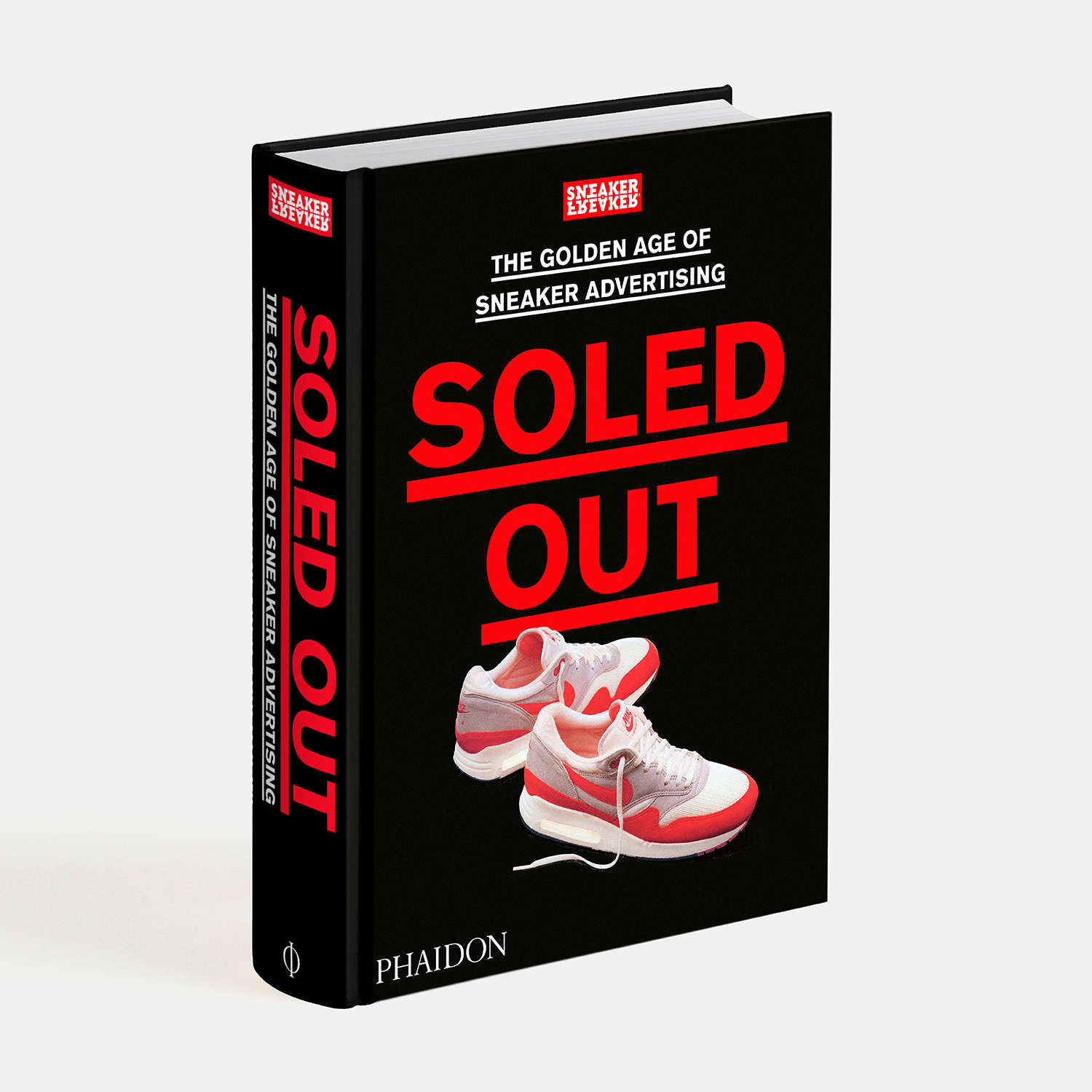 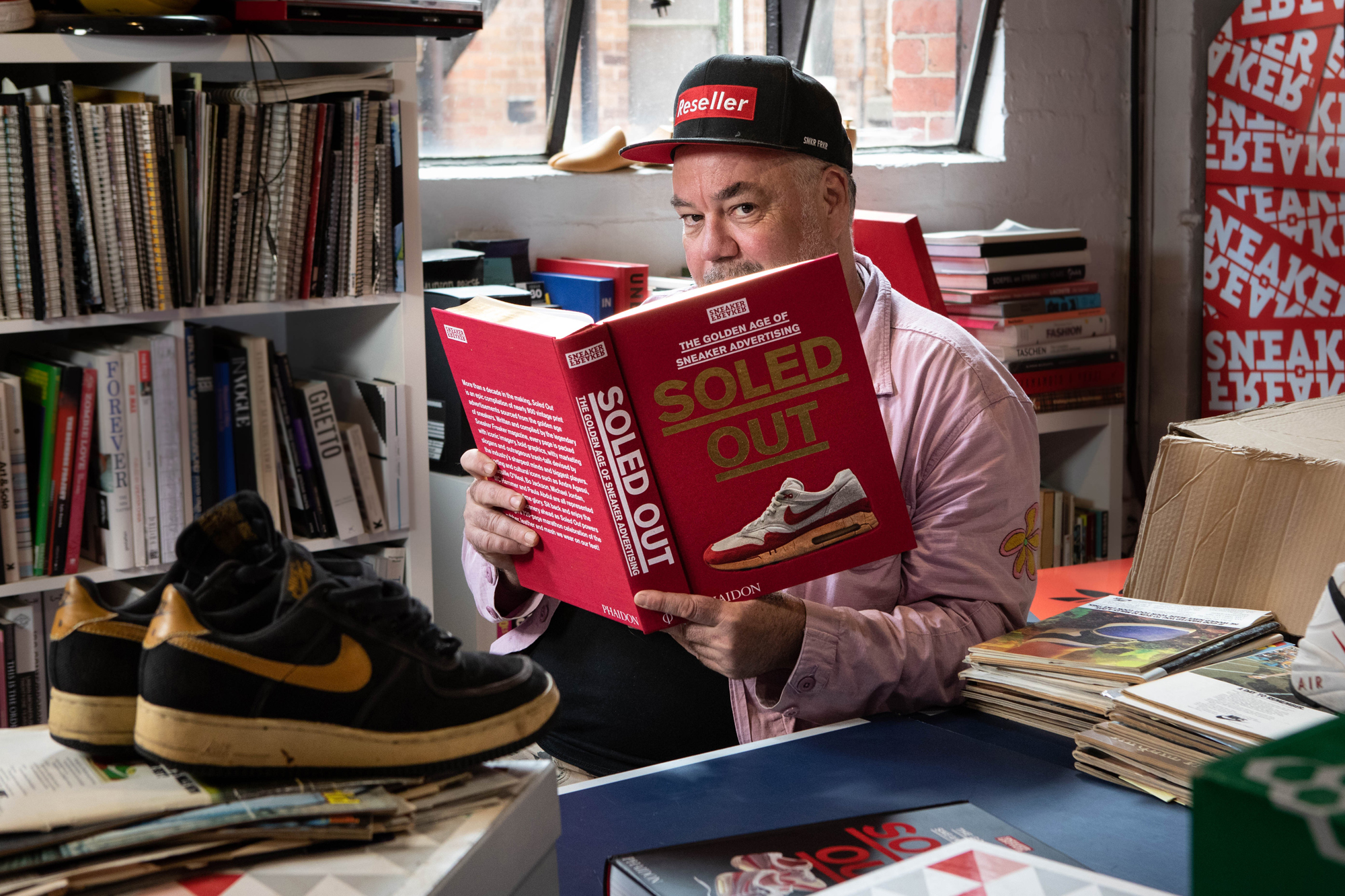