It’s easy to think that movie stars such as Jeff Goldblum make or break a movie. However, Goldblum, a Hollywood veteran and regular actor in the films of the acclaimed US director Wes Anderson, knows better. 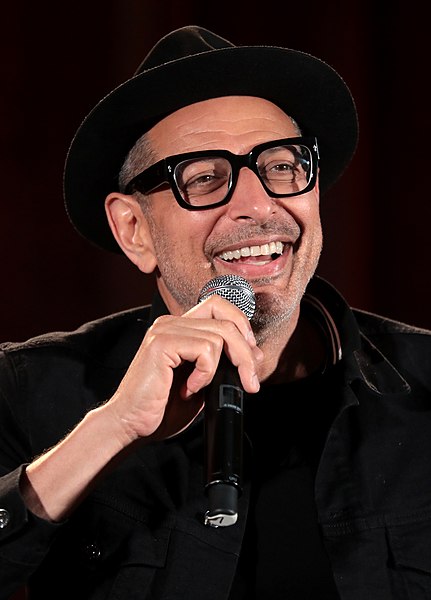 He’s worked on movies with the brilliant graphic designer, Annie Atkins. Atkins has designed graphic props for Steven Spielberg's Bridge of Spies, Wes Anderson's The Grand Budapest Hotel and Isle of Dogs, and Todd Haynes's Wonderstruck, among other Hollywood films. 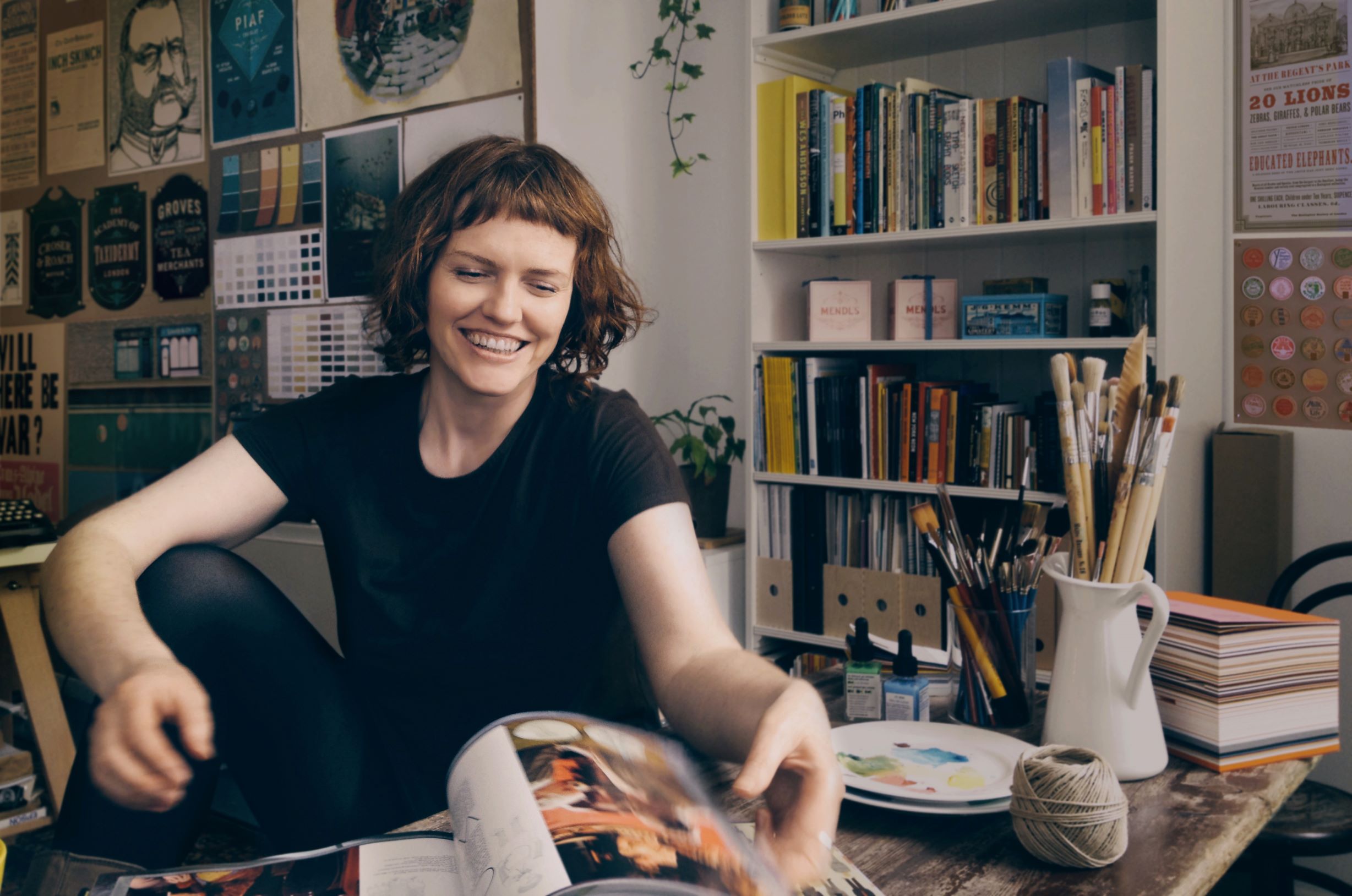 Indeed, the two collaborated on the post-mortem report relating to Deputy Kovacs’ [played by Goldblum in The Grand Budapest Hotel. “The fingerprints might look oversized, but they were actually printed to scale,” Atkins explains in her new book, Fake Love Letters, Forged Telegrams, and Prison Escape Maps: Designing Graphic Props for Filmmaking, “the scale being Jeff Goldblum’s hands.”

Aktins’ exacting work has impressed Goldblum so much, he knocked up a little graphic work of his own – a typed letter of praise – for the new book. Dated 10 July 2019, and on Jeff Goldblum headed notepaper, the star writes: 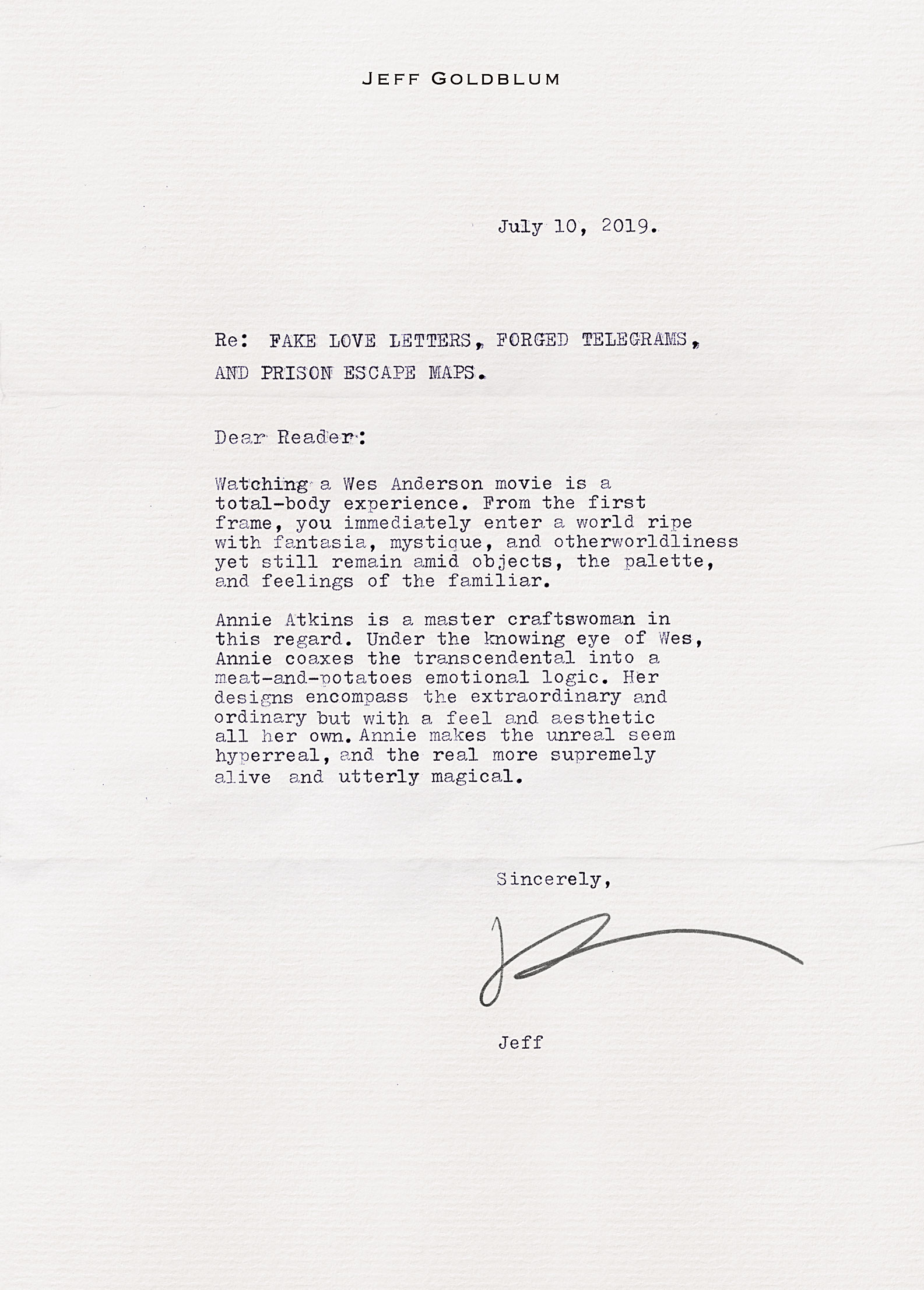 Watching a Wes Anderson movie is a total-body experience. From the first frame, you immediately enter a world ripe with fantasia, mystique, and otherworldliness yet still remain amid objects, the palette, and feelings of the familiar.

Annie Atkins is a master craftswoman in this regard. Under the knowing eye of Wes, Annie coaxes the transcendental into meat-and-potatoes emotional logic. Her designs encompass the extraordinary and ordinary but with a feel and aesthetic of her own. Annie makes the unreal seem hyperreal, and the real more supremely alive and utterly magical. 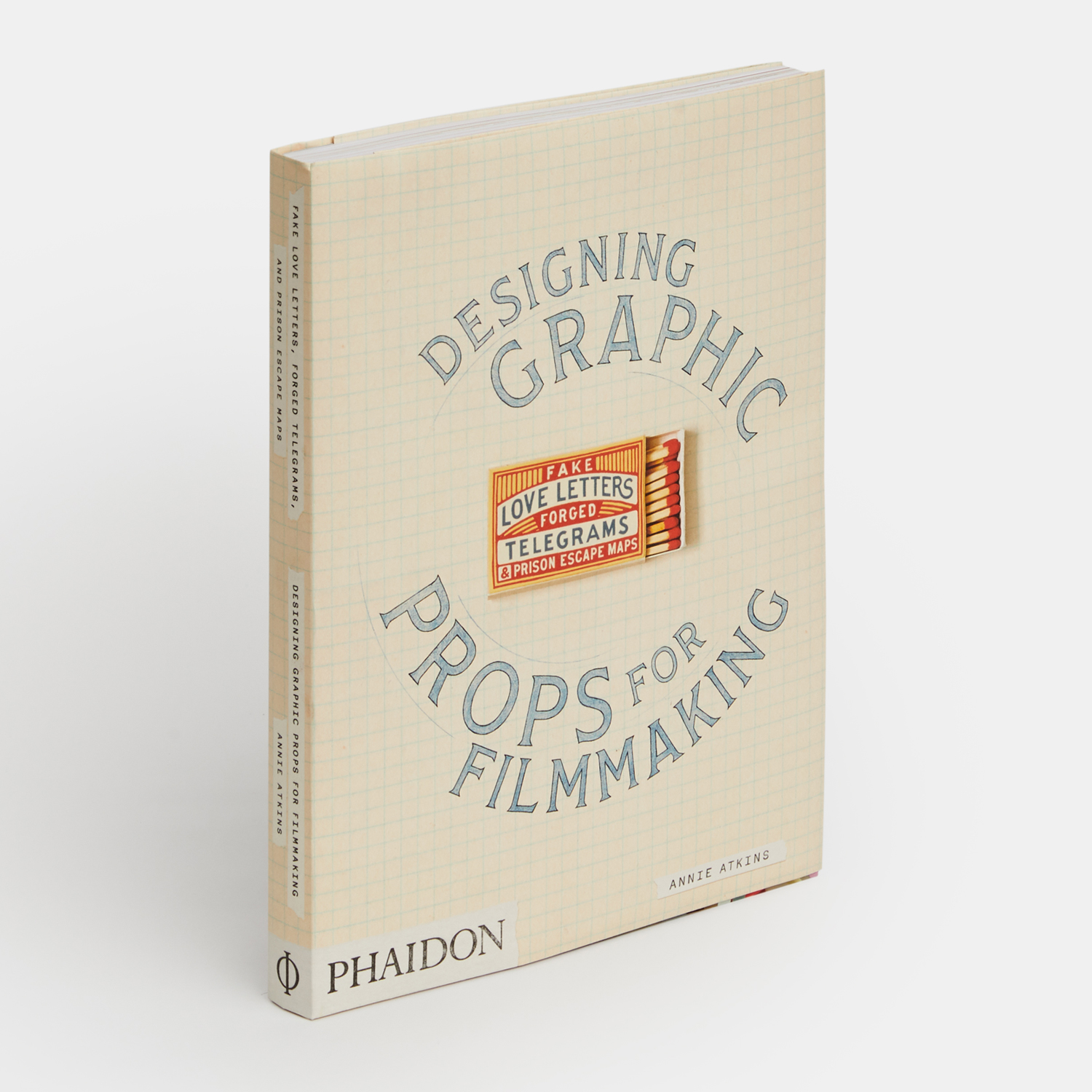 See more of that uncanny mix of magic and familiarity in our new book by Annie, Fake Love Letters, Forged Telegrams, and Prison Escape Maps: Designing Graphic Props for Filmmaking.

A Smile in the Mind