On National Coming Out Day, here’s how the artist helped wrench one term from the field of psychiatry

When a person comes out, what word do they use to describe who they are? Homosexual? Gay? Queer? For American artist, Sharon Hayes, the term she felt most at home with was not ‘lesbian.’

“When I came out in 1991–92, I started going to the Dyke March,” she tells the art professor Julia Bryan-Wilson in our new book. “That was the space – dykeness rather than lesbianism – I wanted to occupy.”

Yet, while dyke might have been Hayes’ chosen term, she wasn’t entirely done with the word ‘lesbian’ just yet. In 1996, the artist undertook her Lesbian Love Tour, visiting 41 cities and towns, performing in 45 living rooms and encountering, in her own estimation, “over 700 lesbians.”

Hayes shot 24 hours of video tape on the tour, and, after it ended, in November 1997, she developed that footage into a video performance piece called The Lesbian. 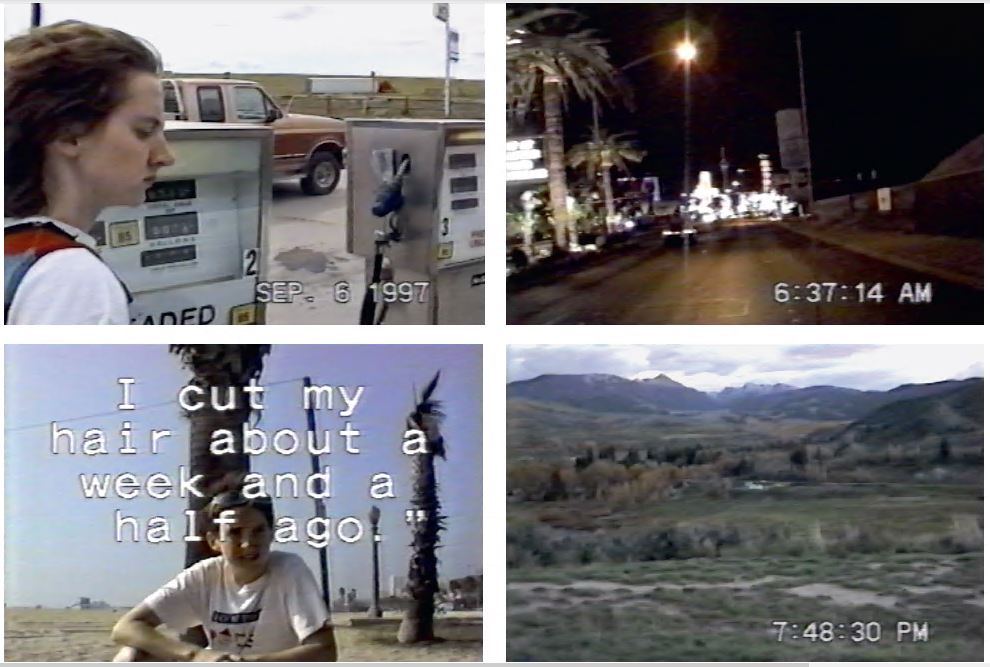 "Pacing before a spare set comprising velvet rope stanchions and a painted backdrop featuring a mountain range and lake, Hayes informs the audience that they are in The Lesbian, an exhibition set in a fictional museum called ‘The Museum Dedicated to the Natural History of Lesbians’,” writes the art historian Jeannine Tang.

"Over the course of this seventy-five minute event – a hybrid of exhibition, performance and theatre – six out of seven characters hold the stage, played by Hayes with the aid of videos, dioramas, props and multiple monologues. Each character is a position that while temporarily occupied by Hayes, could well be assumed by others: the Lesbian, the Researcher, the Girlfriend, the Choreographer, the Interviewer, and the Tour Guide.”

The show claimed to document lesbians in their ‘natural habitat’, and by doing this, Tang argues the work raised “the question of lesbian identification within spaces, institutions, environments, territory and power.” 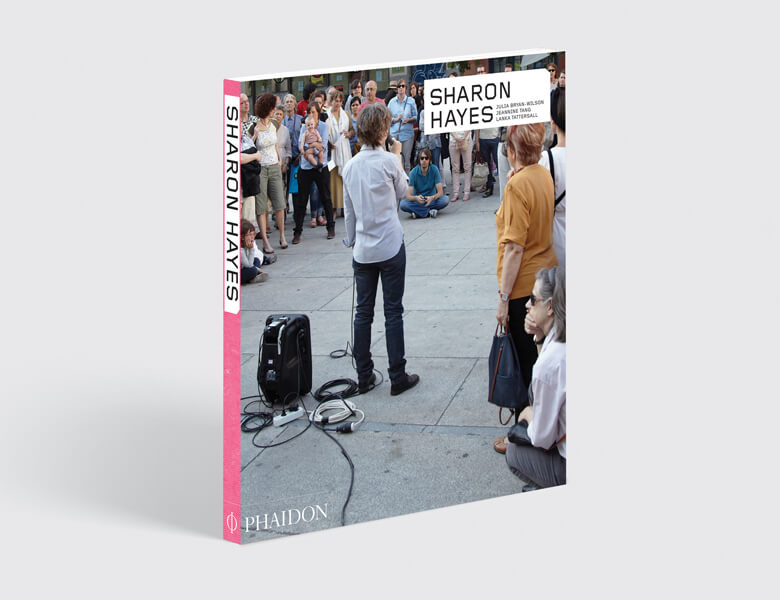 The piece debuted at a time when the term lesbian was pretty unpopular in America's gay communities. However, Hayes’ mission, she says, wasn’t to bury the word, but rather reclaim it. Today she says she does identify as a lesbian, "but I have a very different relationship to it than I used to," she explains, partly because of this work.

“What I didn’t realize until looking at this movement more carefully is how much deep, hard, radical work those people did to wrench the narrative and the discourse about queer people’s lives,” she tells Bryan-Wilson, “– and I’ll use ‘queer’ as an umbrella to hold all of the many identities – to wrench that narrative out of the field of psychiatry, and to author language to push it into being. So when you ask me if I consider myself a lesbian, another way to answer is: long live the lesbian!”

For more on this singular artist who combines anthropology with performance and protest, order a copy of our new Sharon Hayes book here. 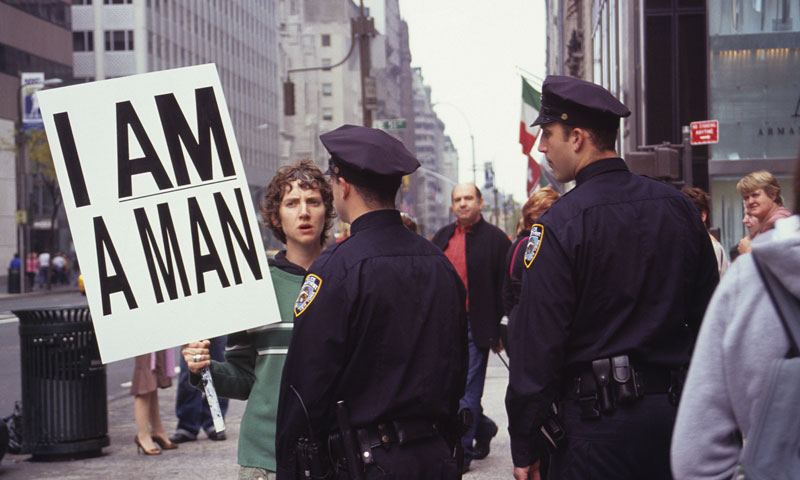 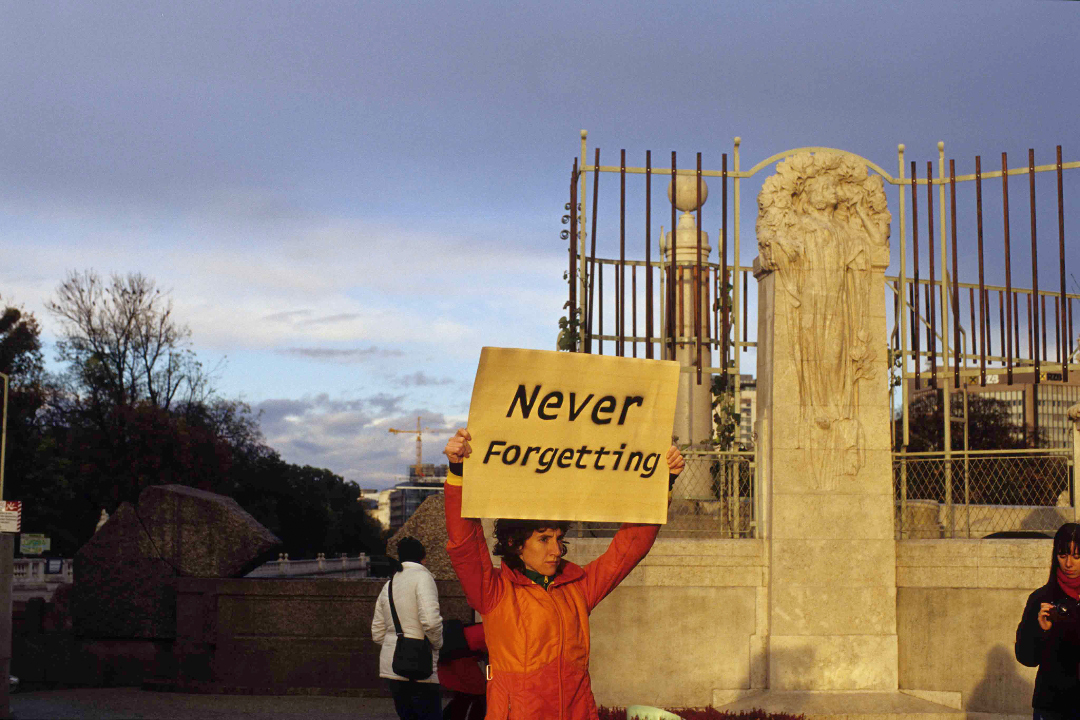