Known as the creator of disturbing demons and spectacular hell-scapes not a lot is known of the life of Hieronymus Bosch and his work has variously been interpreted as the result of the hallucinations of a madman or the secret language of a heretical sect. Indeed, as our Art & Ideas book on Bosch reveals, the diversity of Bosch's work (the paint in some works is thickly applied, whereas in others it consists of a thin, almost translucent layer) has led some scholars to ask whether the works gathered together under the name Hieronymus Bosch are indeed the creations of a single man or a number of painters working together.

Adding to the difficulty of attribution is the fact that Bosch's name appears on only seven of the paintings accepted as his. The total number of works attributed to Bosch generally ranges from thirty to forty, incuding several large multi-panelled paintings. 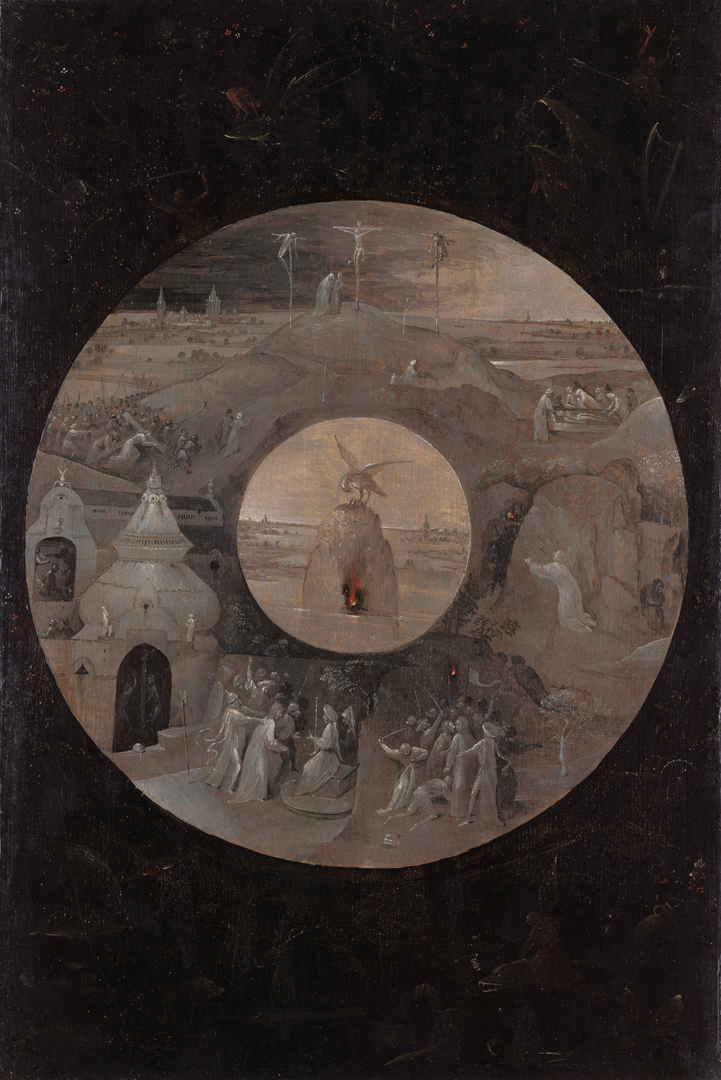 So you can understand why there is a huge excitement that a big new exhibition, five years in the making, at the Noordbrabants Museum in the Netherlands will throw some much-needed new light on one of art history’s most enigmatic characters and one in whom the surrealists saw a spiritual predecessor, channelling elements of dream fantasy and subconscious in works such as The  Garden of Earthly Delights. 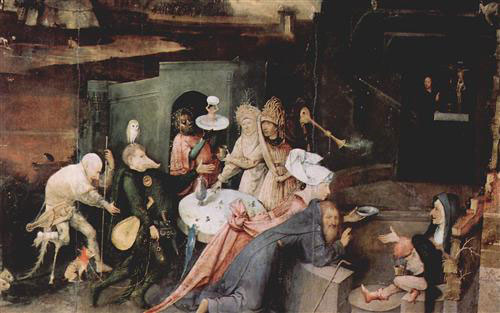 Systematic research and technological innovation by The Bosch Research and Conservation Project (BRCP) based in Bosch's hometown Hertogenbosch for the last five years has resulted in an important new understanding of the creativity and genius of Hieronymus Bosch.

In particular, the worldwide study has shown that The Temptation of St. Anthony from The Nelson-Atkins Museum of Art, Kansas City, Missouri, should be attributed to Hieronymus Bosch. The painting was acquired in the 1930s and kept in storage for decades because it was classified as the work of a pupil or follower of Bosch. The new attribution is a significant addition to the small body of existent work produced by Hieronymus Bosch. 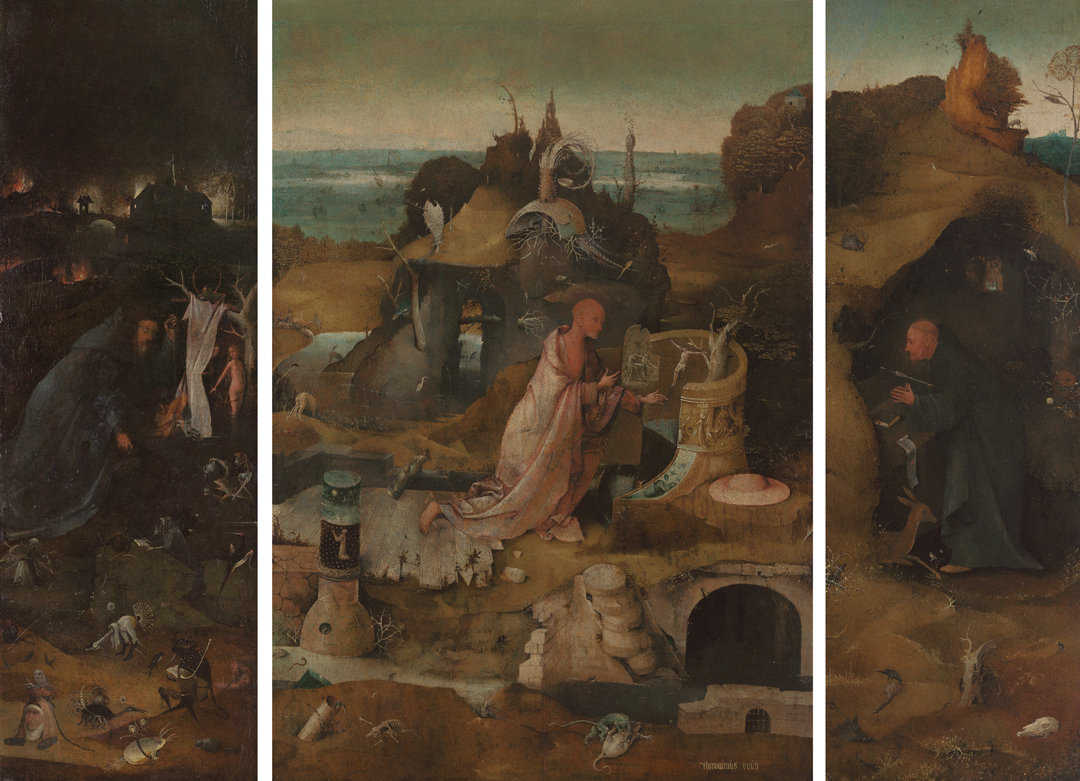 A substantial number of his paintings and drawings have also been restored in the run-up to the Noordbrabants Museum show, held to mark the 500th year of his death. The restoration programme, as well as giving the paintings back their original lustre is the largest ever art-historical initiative ever undertaken into the paintings and drawings of the major artists of the Northern Renaissance. The results of all this hard work can be seen at Hieronymus Bosch: Visions of Genius at the Noordbrabants Museum in Den Bosch from February 13 – 8 May. 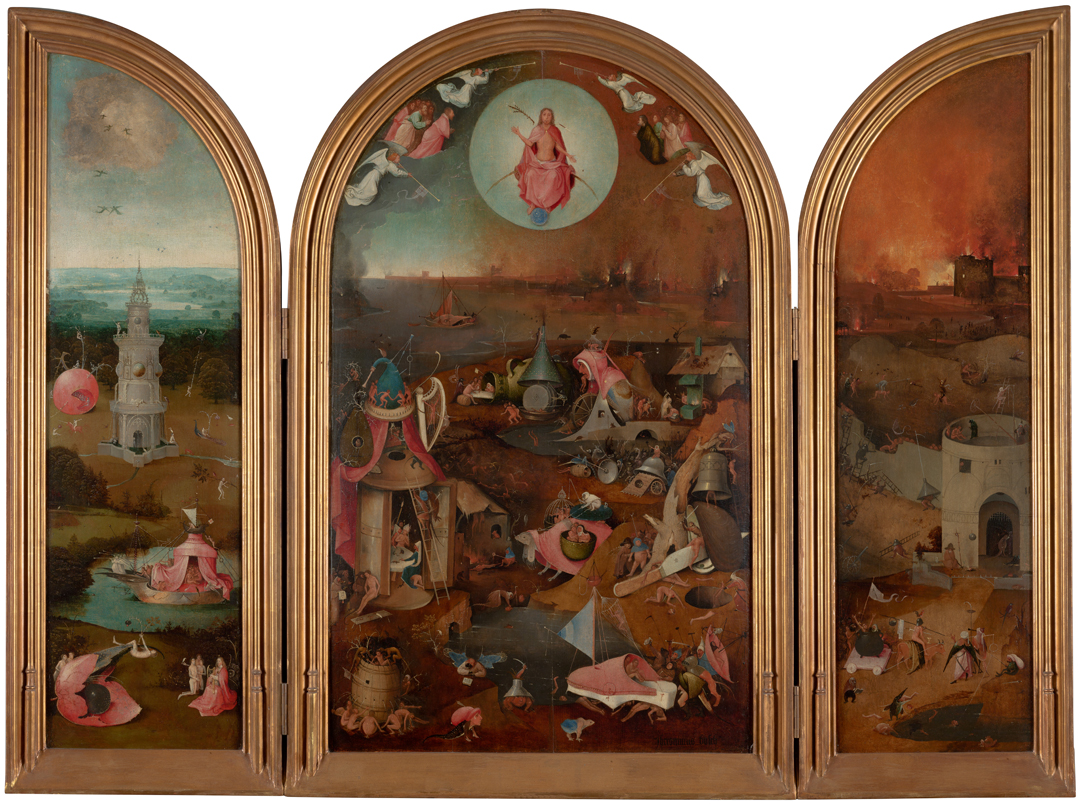 A team of nine experts specialising in different fields has intensively and systematically examined Bosch’s entire oeuvre worldwide since 2010. The most surprising outcome of this research is the attribution to Bosch of the relatively unknown painting The Temptation of St. Anthony from the Nelson–Atkins Museum in Kansas City, Missouri where it had been held in storage. It can be seen at the exhibition in Den Bosch. 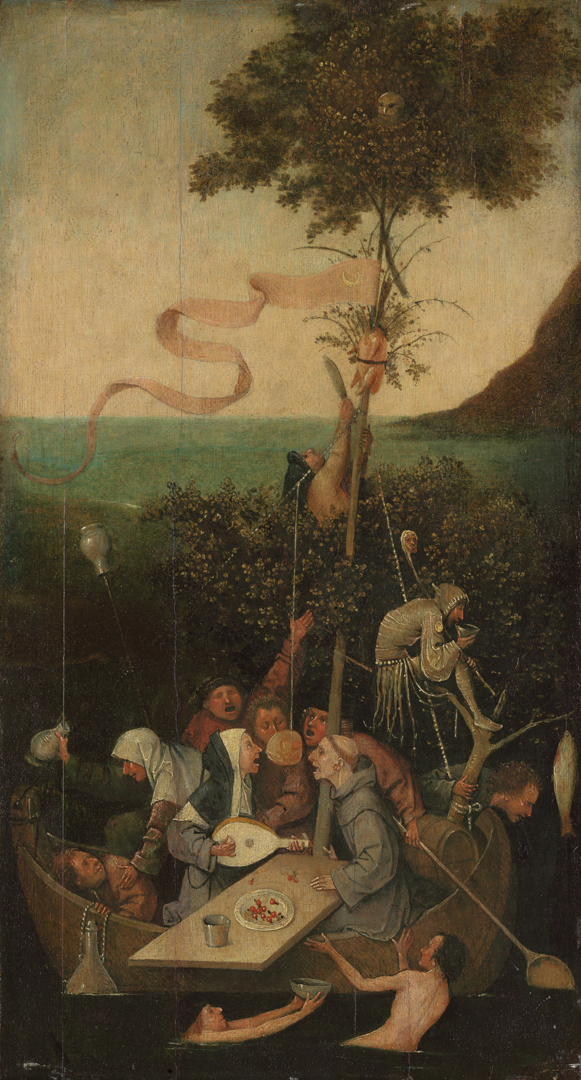 Among the other restorations are: The Wilgefortis Triptych, the Hermit Saints Triptych and the Visions of the Afterlife from Venice, St Jerome from Ghent, Ste. Christopher from Rotterdam and the Last Judgement from Bruges. If you’re in Europe, it’s definitely a show worth travelling for. If you’re not you can more than content yourself with our great Art & Ideas series Bosch book here.

Hieronymus Bosch (c.1450-1516), one of the major artists of the Northern Renaissance, had a seemingly inexhaustible imagination. Known as the creator of disturbing demons and spectacular hellscapes, he also painted the Garden of Earthly Delights, where gleeful naked youths feast on giant strawberries. Little is known of Bosch's life and his art has remained enigmatic, variously interpreted as the hallucinations of a madman or the secret language of a heretical sect.

The Surrealists claimed Bosch as a predecessor, seeing in his work the imagery of dream, fantasy and the subconscious. Laurinda Dixon argues, however, that to understand and appreciate the art of Bosch, we must return to the era in which he lived. Dixon presents Bosch as an artist of his times, knowledgeable about the latest techniques of painting, active in the religious life of his community and conversant with the scientific developments of his day. She draws on popular culture, religious texts and contemporary medicine, astrology, astronomy and alchemy - now discounted but then of interest to serious thinkers - in order to investigate the underlying meaning of Bosch's art.

Laurinda Dixon is Professor of Art History at Syracuse University, New York. Her books include Alchemical Imagery in Bosch's 'Garden of Earthly Delights' and Perilous Chastity: Women and Illness in Pre-Enlightenment Art and Medicine.

"Left me with the feeling I was understanding the significance of Bosch’s arcane imagery for the first time."—Frank Whitford, Sunday Times