Claude Monet and the birth of Impressionism

Carla Rachman, the author of our Art & Ideas book on Monet (born 174 years ago this very day), tells a lovely story about how she once stood in the street with four post cards: a Monet, a Turner, a van Gogh and a da Vinci. “When I asked the people passing which one they’d like to own, they opted almost universally for the Monet - an image of The Japanese Bridge,” she says. When Carla asked what had drawn them to the image their replies were also universal, and a  variation on “Because I find it beautiful". The story is telling in a number of ways – not least that it was Monet’s paintings that did so much to establish this formal or aesthetic viewpoint as a valid way of looking at pictures.

The popular perception of who Claude Monet actually was has gone through various fashions over the years. From being thought of as the unworldly creator of exquisite images labouring in a garret for an unappreciative public (an idea promoted by the artist and his friends) the prevailing view of him since the 1970s has been that of a shrewd business man with expensive tastes and a considerable income to indulge them.

The romantic notion of starving artist has been replaced by that of an entrepreneurial figure more in tune with the free market culture of today. As Rachman says, the fact that we now have a generation of young artists who have been taught to publicise and sell their work from the first year of art school certainly plays a part in our perception of what she calls “the mercantile Monet”. Both of these depictions of the artist are brought into play in her description of the birth of Impressionism in her Art & Ideas series book Monet. Here's how she tells it.

The history of impressionism has often been described as a titanic struggle of talented artists against a blindly conventional art world, and accounts of the first exhibition of 1874 have tended to sound as if the reaction of the press and public was unremittingly hostile. In fact, this was not the case; the concept of an independent show organized by artists was widely welcomed and, although it made a small loss financially, it was moderately successful in terms of attendance. 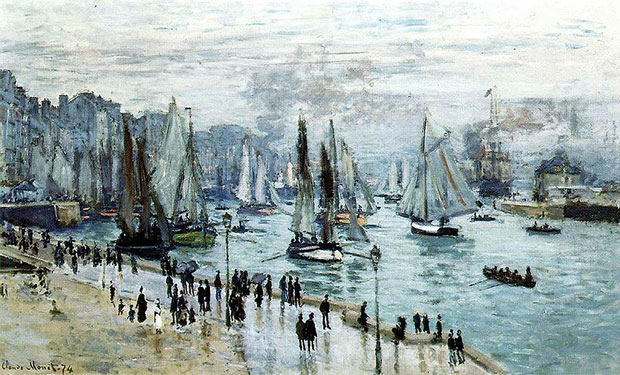 The general tenor of the reviews was positive if mistrustful, and even reviewers who disliked many of the pictures seem to have shared the feelings of Leon de Lora, writing in Le Gaulois: “Their efforts deserve to be encouraged.” Some public criticism was more pointed, and the association between artistic daring and political radicalism was hinted at in several reviews. The founders of the group were called ‘rebels’, ‘insurgents’ and ‘intransigents’ – all terms which were loaded with meaning in a frail Third Republic, not long after the conclusion of a vicious civil war. The style of the pictures, and the manner of their exhibition, without jury or medals, did constitute a challenge to tradition, authority and the status quo.

Although the society had a deficit after the exhibition and was consequently wound up, the interest aroused by the first show encouraged the artists to organize independent group exhibitions seven times in the next twelve years. Monet did well out of the press coverage; he was generally recognized as the quintessential representative of the new movement. It was fitting, therefore that one of his pictures, Impression, Sunrise should provide the label which was gradually accepted by the majority of the painters in the group.

This painting of the port of Le Havre was probably given its title in a moment of exasperation: Renoir’s brother Edmond was editing the catalogue, and when he drew Monet’s attention to the monotony of his title – View of a Village, with Variations – Monet is said to have replied, “Why don’t you just call them ‘Impression’?” The word was widely used by the artists and their defenders, and it was not a random choice; many reviewers, such as Castagnary, the advocate of Realism, saw it as central to the intentions of the group.

If one wasn’t to characterize them with a single word that defines their efforts, then one would have to create the new term of Impressionist. They are impressionists in the sense that they render not a landscape but the sensation produced by a landscape. These artists were painting what they saw, not what they knew was there; perception, not appearance. 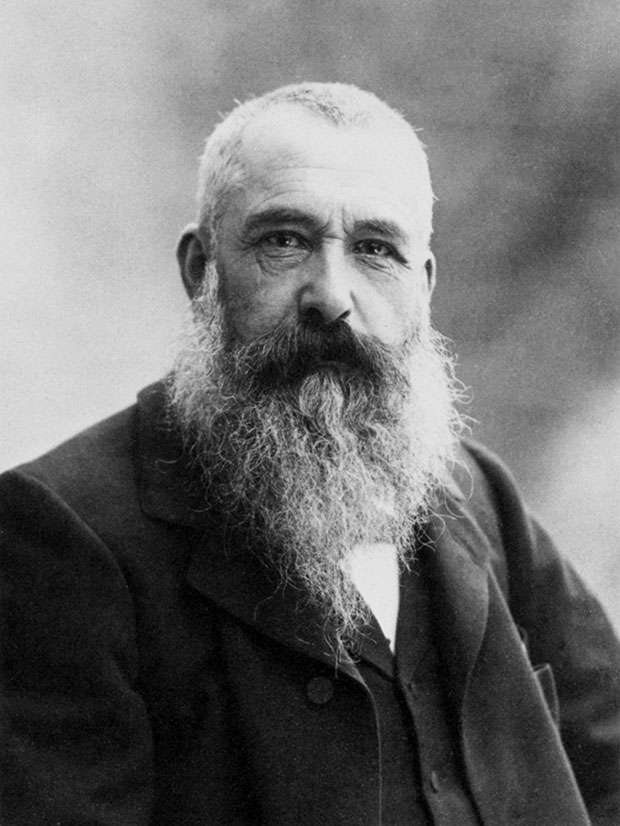 This notion of truth to personal experience, and the associated belief in the freshness of this new look at nature, were central both to the idea of Impressionism and the work of Monet. Monet commented of Impression, Sunrise “It really can’t pass as a view of Le Havre: in this, he was distinguishing it from other paintings of his, such as Fishing Boats Leaving the Port of Le Havre, shown in the same exhibition.

While the clear grey light of the fishing scene illuminates every part of this canvas, Impression, Sunrise does not really reveal anything; major landmarks are obscured by mist, and the picture is dominated by the scarlet disc of the sun against the cool, damp veils of grey. The artist is interested in the colour of the air, not the topography of the harbour. Of course this is also true of Le Havre, in which the brilliant puddles of water on the quayside are captured in striking detail and contrasted with the reflections of the masts on the choppy sea and smoke rising into the sky. All three areas – water, reflections and smoke – remain distinct, whereas in Impression, Sunrise they blend together, the horizon vanishing into coloured mist.

The ability to capture changing effects of light was to become increasingly important to Monet over the next fifty years, and this particular work has become a symbol of the Impressionist movement, not only because of its title but also because of the way in which Monet’s later work seems to be hatching within it. Keen to read more? Carla's appreciation is one of two great books on Monet in the store. Check them out here.

Carla Rachman's clear and engaging account offers an accessible introduction to Claude Monet's life and art, analysing the works themselves and also the social basis for the shifts in taste and the changing political and economic forces within Monet's lifetime. The artist's personal life and his relations with dealers, patrons, critics and institutions are seen as formative influences on his work. The book traces critical reaction to Monet's work from the early years, which were marked by clashes with conventional artistic values, to the present, in which Monet's vision of the world has gained popularity with the public at large. Specifications:

Carla Rachman lectures on nineteenth-century art at both the University of London and Boston University's London campus.

"A fresh overview of the artist and his works for contemporary readers."—The Art Book