The women who inspired Brice Marden

In 2006 on the occasion of his retrospective exhibition at New York’s Museum of Modern Art, Brice Marden was hailed by critic Peter Schjeldahl as ‘the most profound abstract painter of the past four decades’. Among many extraordinary accolades, the MoMA show marked a particular landmark for Marden, who had explored its legendary collection when he was a teenager.

Remarkably, throughout the course of his illustrious career, amid the continuous arrival of new art forms such as Minimalism, Pop, Conceptual art, body art, environmental art, video art and installation art - styles in which artists deliberately sought to eliminate any trace of emotion in their medium – Marden never wavered from his commitment to making abstract yet frankly personal paintings. At a time when many in the art world were pronouncing painting ‘dead’, Marden was one of a few young painters who kept it alive.

As our new Phaidon Focus book points out, "for some, Marden’s work may appear blank, inaccessible and inscrutable. They may assume that it takes knowledge of theory or aesthetic doctrine to understand his seemingly single-colour paintings, his grid drawings or the more recent canvases with their ‘squiggly’ lines."

But Marden’s art requires no special knowledge. It merely invites onlookers to stretch their understanding of how a painting or drawing can speak of something in the world, sometimes just through colour, often in a tint or shade we didn't know existed. His paintings challenge us to recognise that shapes and forms can register meaning - even when they don't look like anything even vaguely concerned with visual reality.

For our penultimate story in our Phaidon Focus series we take an in depth look at Brice Marden's portraits. The text is taken from one of the Focus sections in our forthcoming Brice Marden Phaidon Focus book. You can see the other books in the series here.

In 1967, shortly after meeting his future wife, Helen, at Max’s Kansas City, a New York nightclub that was a meeting place for artists and musicians, Marden completed For Helen, a two-panel painting based on her dimensions, each panel measuring 1.75 metres by 45 centimetres. Marden described the colour of its skin-like surface as a ‘warm pinkish grey,’ which could refer to Helen’s skin tone, yet Marden’s titles are rarely obvious or literally descriptive. Instead, its hue is evidence of a telepathic connection. That summer, Helen had travelled to the south west of England where she was taken by the vast mudflats revealed at low tide along the Cornish coastline. She later telephoned Marden and vaguely described these silt and clay deposits as pink. When she returned home and saw the finished painting, she realised that Marden had captured her memory of their colour exactly.

His second exhibition, at the Bykert Gallery in 1968, featured his renowned Back Series, a set of paintings based on Helen’s height. Their illusion to her physicality is underscored by the exhibition announcement card, which featured a nude photographed from the back. Marden titled one of the seven paintings Flesh. Their surfaces are as creamy and delicate as skin, yet one is done primarily in green. The suggestions of flesh is reinforced by the extreme physicality of the paint and wax throughout the series.

Following these early explorations in portraiture came Star (for Patti Smith), in spirit, the fullest likeness of its subject, the New York poet, songwriter, singer and Marden’s good friend. The portrait, which took Marden two years to complete, is one of his best-known. It evokes an exciting and intensely creative moment in New York’s cultural history. In the 1970s the city might have been dirty, dangerous and destitute, but downtown had a passionately experimental and vital arts scene. When Marden met Smith, she was a waif poet who used to come to his studio to use his typewriter – an Olivetti – because she thought it improved the quality of the rock criticism she was writing for Creem and Rolling Stone. In 1975 her first album, Horses, turned her into an iconic figure almost overnight.

The dimensions of each of the vertical panels are the height and shoulder width of Smith. The colours are also hers: blue-black hair, pale skin tone, and as Marden explained, ‘a third “spirit diviner” colour to keep the work open, playful and non-didactic’ – a buttery yellow that has to do with Smith’s quality of ‘flash’. The surface of each painted panel is as smooth as skin. Like some of Zurbarán’s portraits, Star (for Patti Smith) has a coolness about it, yet it is a passionate painting. In a statement about the work, Marden reflected on his attempt to ‘make a portrait, not a picture of a person. I hoped to embody a spirit.’

Throughout the 1960s and 1970s, Marden made a number of paintings of friends, who were often artists and musicians, but he also made portraits of those he admired from afar. Marden was preparing the seventh and final painting within the Back Series when he heard the radio announcement that the soul-music legend Otis Redding had died in a plane crash. He titled the painting For Otis and gave it a rich black surface suggestive of the African-American singer as well as his tragic death. For Pearl references Janis Joplin’s nickname. It began as a landscape painting stimulated by the Mediterranean’s earthy tones, but upon the news of Janis Joplin’s fatal overdose, ‘it ended up,’ he wrote in one of his notebooks, ‘a day-glo dirge for a great dancing lady. A spot of deep Mediterranean earth red is all that remains under an evasive flesh colour that fights its way back and forth between flesh life, or death as a Daytona Beach tract house brown.’

Paintings in Marden’s first solo exhibition at the Bykert Gallery included the blondish grey Nico, a work that Marden based on the Velvet Underground’s sultry lead singer, who also featured in a number of Andy Warhol’s Factory films. It is obviously not a portrait of Nico, but instead is meant to evoke her ‘blondness and light tan pants suits,’ as Marden later remarked, ‘this idea of blondness, the blondness of a Nordic singer.’ For Carl Andre is a homage to his friend, the Minimalist artist who was quickly gaining recognition for his floor pieces made from plates of lead. This was the only painting in the exhibition that was more or less square, so in format and colour – a metallic blue grey – it refers to Andre’s sculpture rather than his person.

The mauve-grey The Dylan Painting was made in tribute to the celebrated singer-songwriter Bob Dylan. Marden had been an enthusiastic music fan since his student days in Boston, when the most famous venue, in nearby Cambridge, was Club 47, where Joan Baez began her career. New York’s Greenwich Village was also a popular nexus for the folk scene in the 1960s, and through friends Marden had a chance to meet Dylan, whom he described as ‘kind of a hero for me’. He told the musician that he would make a painting for him to help his career, but by the time he finished the canvas, Dylan was already a star. If that short passage from the book has intrigued you you can be among the first people to pre order it here. And be sure to check out the other books in the series here.

The perfect introduction to the life and work of Brice Marden
Specifications:

Eileen Costello has studied Marden’s work closely over the past decade through numerous studio visits and discussions with the artist. She has contributed towards the production of a number of books and exhibition catalogues on the artist, and in 2003 initiated the catalogue raisonné of Marden’s drawings and paintings. A specialist in post-war American and European art, she is also the Project Director for The Catalogue Raisonné of the Drawings of Jasper Johns, at The Menil Foundation, Houston.

More on The women who inspired Brice Marden 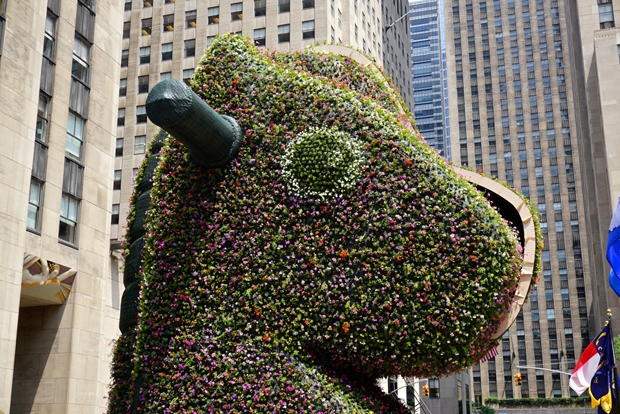 Does Jeff Koons still have the power to shock us? 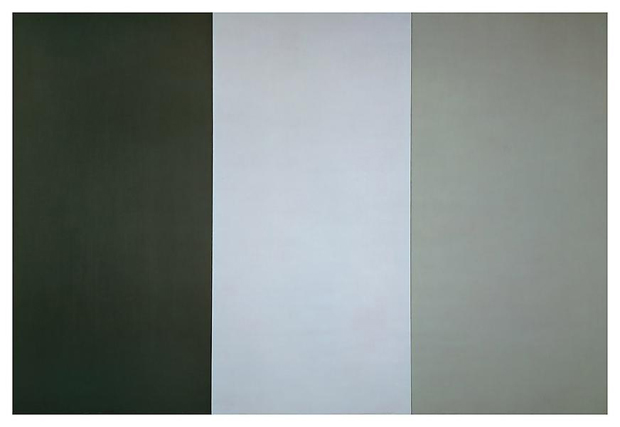