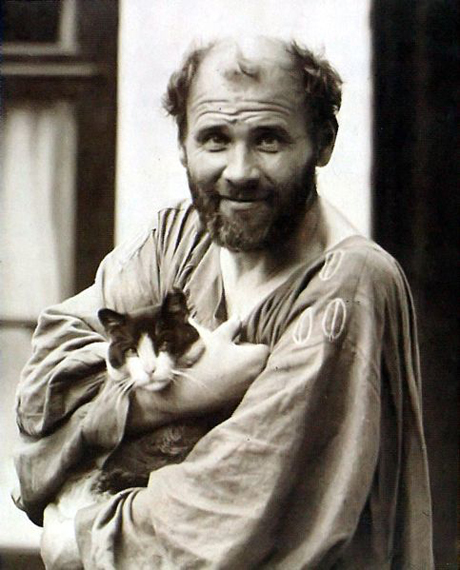 Lost Klimt fresco found in Austrian garage . Yet is it by Gustav, or his brother Ernst? When the art dealer and Klimt expert Josef Renz revealed he had unearthed a fresco, entitled Trumpeting Putto, many commented on the uncanny timing of the find; news broke on the weekend of the artist's 150 birthday. Yet, other art historians suggest the work was painted by Gustav's less well-known brother, Ernst, and isn't an important find.

Lower cash thresholds for European galleries , to stop 'money laundering or terrorist financing'. The European Commission is considering lowering the threshold at which galleries will be required to register their cash buyers. Currently any transactions under €15,000 can be carried out anonymously. However, this may change later this year, with the possible introduction of passport and utility bill checks.

LA's ArtWalk chalkers clash with the police . Participants in last week's, self-guided gallery tour, ArtWalk, clashed with LAPD officers, after the ArtWalkers, some of whom were allied with the Occupy LA protest group, took to chalking their grievances on walls and buildings. The protestors were, in part, dismayed by the gentrification of downtown LA. 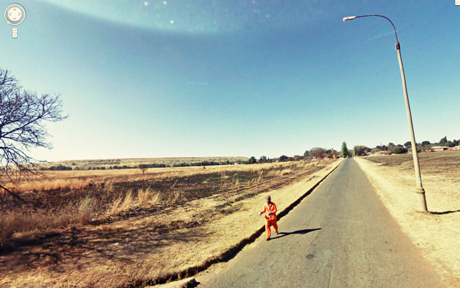 Streetview as art? Photo critic Geoff Dyer delights in the found photography of Google Streetview, cropped and shared on Jon Rafman's online repository, 9-eyes.com. Rafman received an honourable mention in the 2011 World Press Photo Awards, despite not having taken an of the images himself.

Mario Testino opens his own cultural foundation . Though he made his name in London, Peruvian photographer Mario Testino, returned to Lima this month, to open the Mario Testino Association (MATE), a new not-for-profit centre that promotes Peruvian artists. 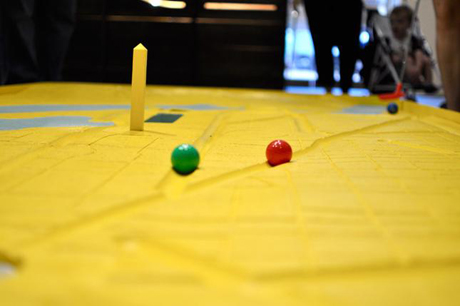 'Kem Roomhaus' takes on Batman, in an architecturally themed edition of the comic. Entitled Death by Design, the graphic novel, by graphic designer and architecture buff Chip Kidd, follows Gotham City's planned destruction of Grand Central Station planned, and the building, by the aforementioned starchitect, Roomhaus, of The Ceiling, the world's most glamorous nightclub. 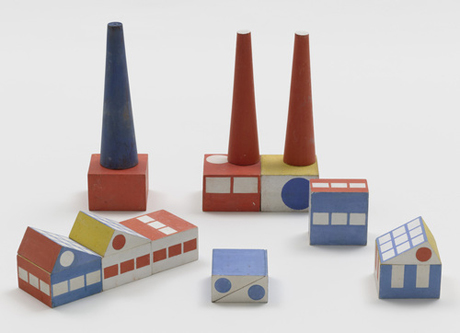 Come to MoMa: exhibits from Century of the Child

Was the 20th century the golden age of toy design? That's certainly one of the assumptions behind the forthcoming MoMA exhibition, 'Century of the Child: Growing by Design 1900-2000'. Blake Gopnik wonders whether today's kids have it as good.

Behind the scenes with the makers of Burning Man. DIY and decorative arts collective The Crucible, opens its doors to the public, before they take their wares to Nevada's Burning Man festival, later this summer. Expect macramé blouses and a steam-driven pipe organ.

The shape of shelves to come? Smart Packaging System's THE CUBE won a gold award in the 2012 DuPont Awards. The makers claim THE CUBE is 'the only market solution designed to go from product loading at the end of a manufacturers' production line, onto a delivery truck, and straight to the retailer sales floor. Both pallet box and display shelf, we can see these will be appearing in stores pretty soon. 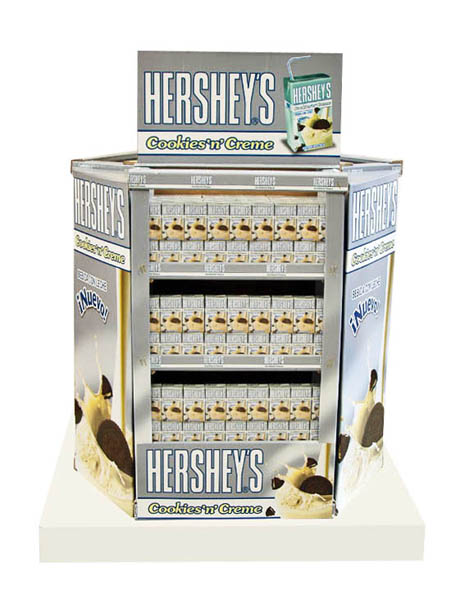 Gustave Klimt (1862-1918) was one of the most brilliant artists of the Austrian avant-garde. Admired for his sensual images of women and for his powerful and original vision, he produced some of the most haunting and evocative images of all time, including The Kiss, Love and The Three Ages of Woman, all of which are included in this perfect introduction to the artist’s work.

Klimt started out as a decorator, opening a studio with his brother Ernst. Some of his most famous commissions were for murals, including the magnificent Beethoven Frieze, painted for the exhibition of Max Klinger’s statue of Beethoven, and the monumental ceiling paintings for the auditorium of Vienna University, which shocked a conservative public. A founder of Vienna Secession, the band of artists who resigned from the established art bodies to form their own group, Klimt became the principal painter of the Art Nouveau movement, painting glittering portraits of fashionable Viennese society as well as

Catherine Dean trained at the Courtauld Institute of Art. She was Editor of the Art Book Review Quarterly and is the author of Cézanne (1991), also in the Colour Library series.