“Boxes clad in steel and glass are so last century,” says architect Mark Foster Gage. “Computers and robotics are giving architects access to levels of complexity and more sculptural forms and details we haven't had in centuries.” The fruits of this technological progress could one day be witnessed at 41 West 57th Street in Manhattan.

Mark Foster Gage Architects has unveiled designs for a skyscraper that has more in common with Michelangelo than Herzog & de Meuron. Gage, who is assistant dean at the Yale University School of Architecture, has given the  1492-feet-tall, 102-storey luxury apartment building a highly detailed, sculptured façade, with ornate balconies for each unit. 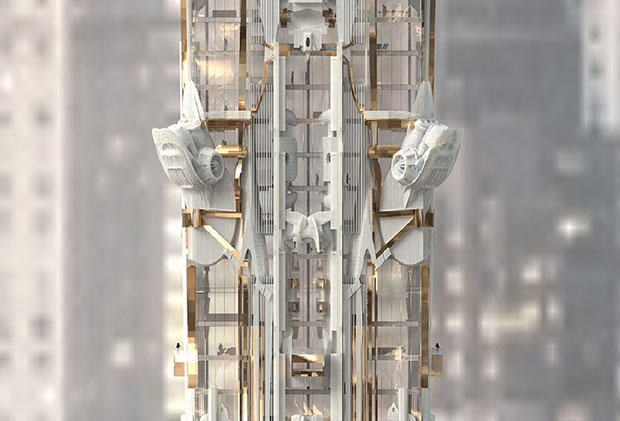 “The building is draped in a façade of limestone-tinted concrete panels with hydroformed sheet-bronze details and brass-tinted alloy structural extrusion enclosures,” say the architects.

But residents of the luxury tower wouldn’t only be indulged on the exterior. Inside, there would be a sky-lobby on the 64th floor “with exclusive retail stores, a two-storey-high ballroom for events, and a four-star restaurant, all of which have access to four massive cantilevered balconies” supported by vast concrete wings, Gage adds. 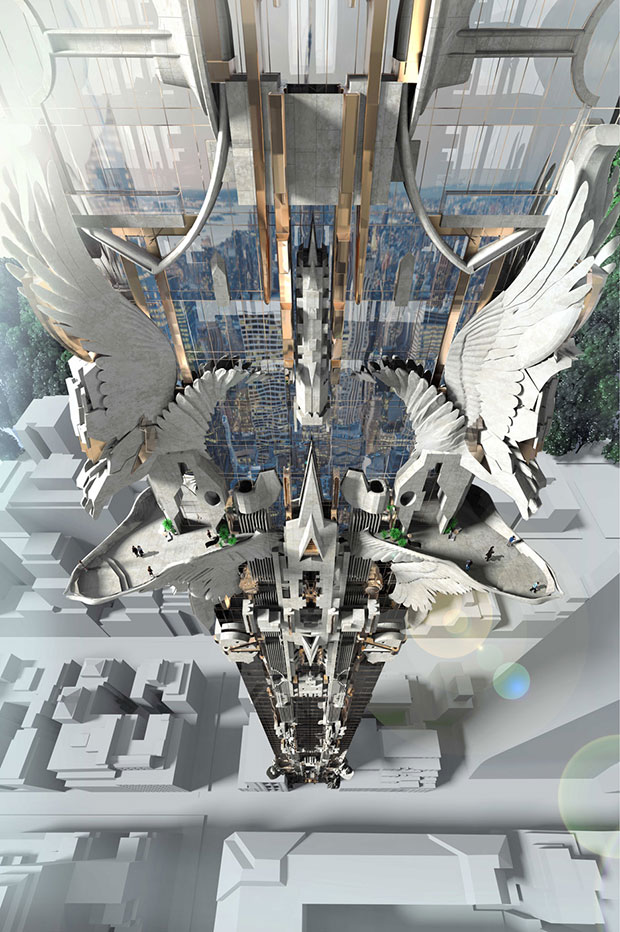 With the façade’s extrusions the super-tower takes on the form of a massive totem poll, achieved, suggests Gage by robotic CNC technology. It is a far cry from most modern skyscrapers in New York City and elsewhere, what Gage calls tall boxes covered in a selected glass curtain wall products. “My office is hopefully leading the march into these more detailed, complex, and beautiful territories of the 21st century,” he says.

However it may not be the detail that scuppers the project but the shadow it could cast. A number of Manhattan residents are starting to protest at the number of super-tall, super-skinny towers going up on the island environs, citing the shadows they cast, particularly those overlooking Central Park. 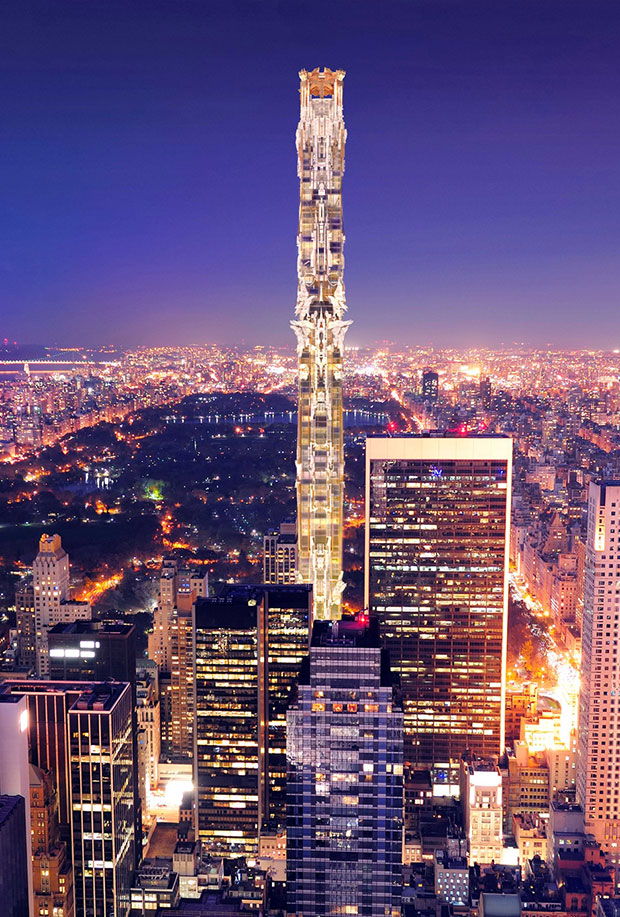 Michelangelo (1475–1564), one of the great artistic figures of the Renaissance, is best known as a sculptor and painter. However he was also an important and highly original architect despite asserting that architecture was not his profession.

This comprehensive study examines the complex story of his architectural production from his early works in Rome at the beginning of the 16th–century through to the Florentine period between 1516 and 1534 and finally the major Roman projects from 1534 to 1564.

These 31 built and planned projects include his most notable works such as the Laurentian Library at San Lorenzo (1515–59), with its tremendous vestibule staircase and St. Peter's Basilica in The Vatican, where he was chief architect from 1546–1564, designing the majestic dome that dominates the Rome skyline.

These buildings demonstrate Michelangelo’s imaginative use of the classical language of architecture to create a new, more unconventional version of his own.

Projects are illustrated with many of Michelangelo’s annotated sketches, pen-and-ink studies, plans and renderings as well as rich black and white photographs of completed buildings taken by the leading fine art photographer Gabriele Basilico.

Essays by authors Giulio Carlo Argan and Bruno Contardi discuss the development of Michelangelo’s architectural work including his often difficult relationships with his papal and Medici patrons, and give an insight into Michelangelo’s complex architectural legacy. Specifications:

Gulio Carlo Argan (was an art historian, and professor at the University of Rome 1959-76, Mayor of Rome between 1976-79, and an Italian Senator. He was elected Foreign Honorary Member of the American Academy of Arts and Sciences in 1992.

Gabriele Basilico (b. 1944) is one of today's best known documentary photographers in Europe. In 1996 he was awarded the top prize by the international jury of the Sixth Exhibition of Architecture of Venice Biennial Event, for his photographs of contemporary architecture. In the spring of 2000, the Stedelijk Museum in Amsterdam presented a retrospective of his work.