China, New Zealand, America, Chile, Singapore and the UK under the spotlight in our international round up

The future of train travel? While some nations invest in rail travel begrudgingly, others embrace it - and lucky the architect who's involved with the latter. Multinational firm Aedas has created the 430,000sq m West Kowloon Terminus, which will connect Beijing with Hong Kong. With its banked arcs and tiered glazing, it resembles some intergalactic transit lounge more than a hub for machines that run on something as archaic as wheels.

Young guns create 'Stairwell Cinema' The four founders of Oh.No.Sumo only graduated three years ago, and while those big commissions are (unsurprisingly) still eluding them, they've not let the grass grow under their feet. Instead, they're treating their hometown of Auckland as a research lab for their bijou creations. The latest is a miniature cinema nestled on the steps of a period building. It aims to encourage social interaction  - something lacking at the nearby bus stops and launderettes, they claim. The design comprises three layers of waterproof fabric stretched over a timber frame. 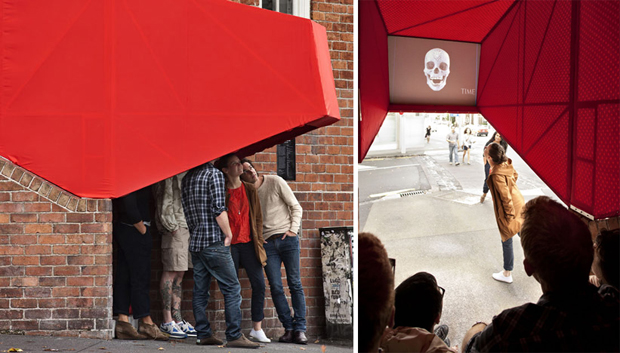 Students enjoy barn life Architecture and design students at SUNY, the State University of New York ‚ America's biggest public institution of higher education ‚ have a new place to study. Perkins Eastman has cleverly reworked an old dairy barn on the campus of Morristown State College, which is 90 minutes from the border with Canada. The studios, galleries, spray booths and wood shops are housed within a lofty timbered atrium beneath the existing structure's gables. 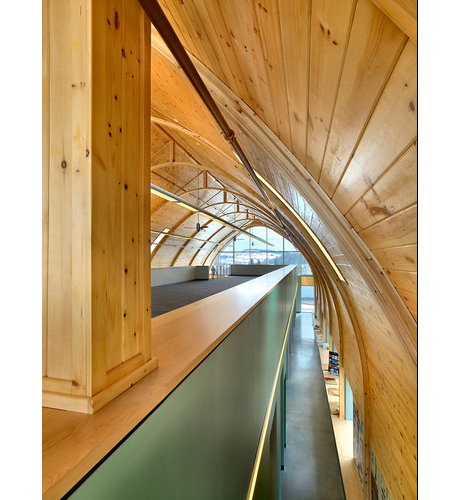 Wallpaper* Vancouver City Guide writer talks at RIBA Author, journalist and photographer Hadani Ditmars flies over from Canada to give a talk as part of the London Festival of Architecture at the RIBA book shop next Tuesday (July 3). Ditmars, who wrote our Vancouver City Guide will take Arthur Erickson's 1955 vision of 'a city of skyscrapers by the sea' as the jumping off point for her talk about the city. It starts at 5.30pm. 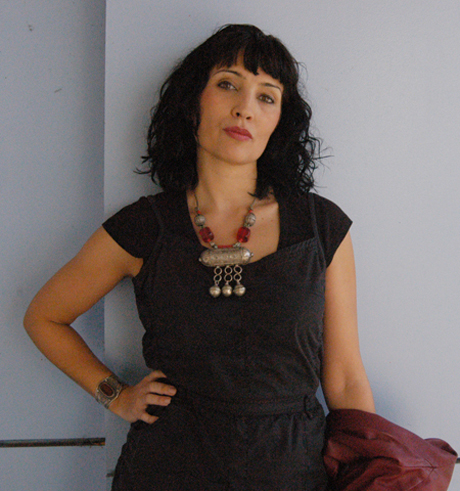 Unpicking the essence of 'Nordic' The Louisiana Museum of Modern Art‚ housed in a 1950s building by Jørgen Bo and Wilhelm Wohlert - is Denmark's most visited art museum. Visitors to northern Zealand are now dropping by for its latest exhibition, New Nordic: Architecture & Identity, running June 29 - October 21. The show hopes to offer a take on what Nordic means these days, and how it's impacting on societal and cultural development.

The Louisiana Museum of Modern Art

Yet more innovation in Chile A recent earthquake left Liceo María Auxiliadora high school in the Chilean city of Linares badly damaged. Surco Studio's answer is a striking two-storey rusted steel and concrete entrance and administration block. The architects ‚also based in Linares, created a large sheltering overhang above the pavement out of sheets of weathered steel. Right now Chile seems to be peppered with innovative architects and‚ just as importantly, forward thinking clients who aren't afraid to use them. 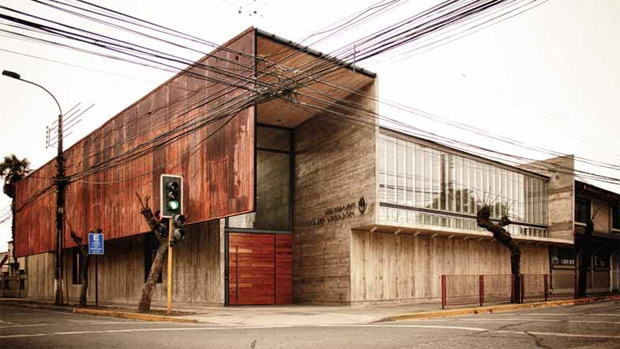 Stylishly unified desk accessories Fraternal design duo DesignWright are behind a smart and coherent family of desk accessories for French design brand Lexon. Called Buro, the hole punchers, staplers, calculators and the like come in tasteful grey, green or purple, and sit snugly together. Buro is bound to appeal to the design-aware; after all, one of the industrial-design trained Wright brothers has done stints in the studios of David Chipperfield and Norman Foster. Price is around 125 Euros for the set. 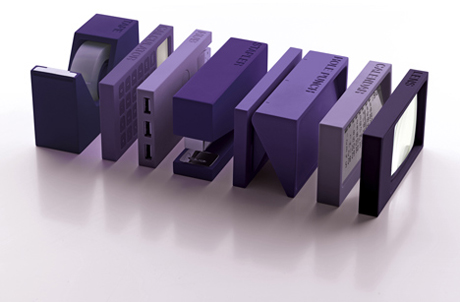 Sculptural trees, eco-style This Friday sees the opening of what's being billed as one of the world's major horticultural attractions. Singapore's Gardens by the Bay is a £500 million, 101-hectare nature-and-technology park on reclaimed waterfront. Architects involved include Wilkinson Eyre, who designed two giant domed greenhouse-like structures - and landscape architects Grant Associates, creators of 18 vast, solar-powered 'supertrees' in which plants will grow. 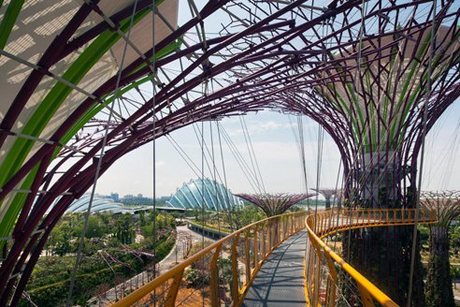 Gardens by the Bay, Singapore

End of a 'light touch' era It might seem deeply unfashionable among the starchitects (and some of their more zealous clients) to remodel a building when you can simply tear it down and start again, but this is what Richard Glaser often preferred. The Cincinnati-based architect, who has died aged 87, had a string of, 'light touch' projects to his name. When he was commissioned to design a new elephant house at Cincinnati Zoo, he persuaded the zoo to let him revamp the existing 1903 structure. Likewise he transformed the Union Terminal building into the Cincinnati Museum Center. His integrity should be applauded.

And finally . . .Nestlé Waters accused of hypocrisy The US Green Building Council has handed out an award to Nestlé Waters' headquarters in Stamford, Connecticut. The judging criteria included strategies, energy usage, site design, indoor air quality, overall building aesthetics, and (oh dear) water conservation. Lloyd Alter, a writer on green architecture is not at all impressed, however. "So they are giving an award to the headquarters of a company whose business is 'healthful hydration' - sucking water out of the ground while barely paying for it, pouring it into bottles made from fossil fuels, selling it for 10,000 times its real cost and either littering the countryside or having taxpayers pay to pretend to recycle them. But hey, they have low flow water fixtures (in the bathrooms)!" Touché!

The fast-track guide for the smart traveller. 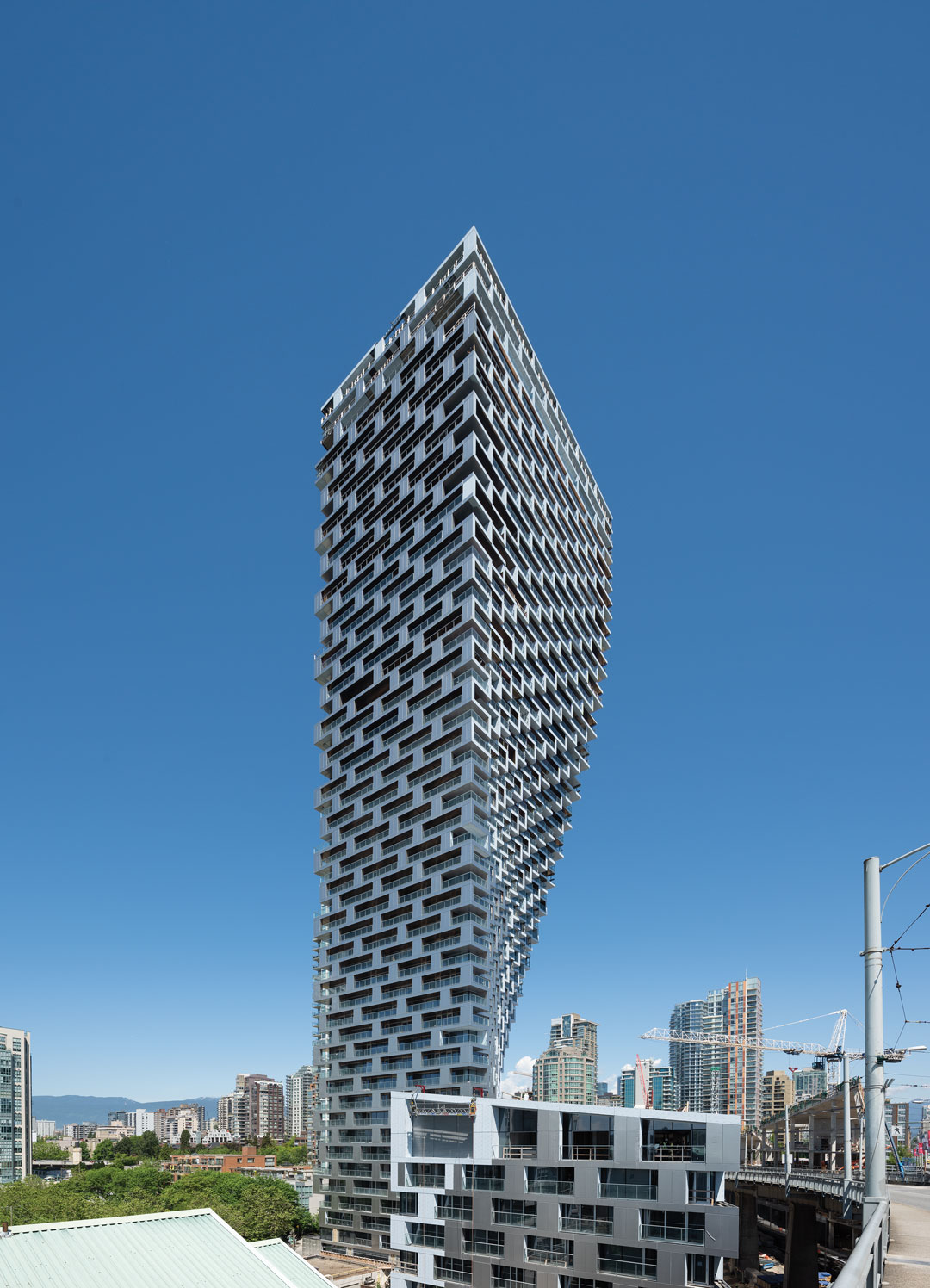 One thing not to miss in Vancouver