Hiorns moves house Roger Hiorns's artwork, Seizure, in which he transformed a derelict south London flat into a cavern coated in copper sulphate crystals is due to be shown at Yorkshire Sculpture Park next spring. Read it here

NoneNew Museum installs Giant Dome  New York’s New Museum will open its latest show “Ghosts in the Machine,” on July 18. It examines “the ways in which humans have projected anthropomorphic behaviors onto machines and how those machines have become progressively more human." Read it here

The return of John the Baptist A Baroque painting of the murdered John the Baptist that belonged to Frederick the Great of Prussia will return to Potsdam almost 70 years after a Red Army officer stole it from storage in a palace near Berlin. Read it here

New Theory on van Gogh's death 60 Minutes investigates yet another new theory about the death of Vincent Van Gogh. Watch it here

Sotheby's to sell painting by artist who didn't exist? Sotheby’s London will sell a drawing by Nat Tate, an artist who previousy only existed in fiction. Read it here

Rencontres d’Arles needs a curator Sean O Hagan questions the lack of a curator at this year’s Rencontres d'Arles photography. “This year there is no unifying vision, and the festival's subtitle, "A French School", might have made more sense had it been a question rather than a statement," he says. Read it here

Beaton's shots of Freud on show this summer.  A rare collection of Cecil Beaton's photographs of Lucian Freud are on show at Sotheby's Summer Season. The show displays images taken by two of Freud's most significant interpreters - Beaton, and Freud's assistant, David Dawson. See them here.

The view from the Shard Event is working with Shard architect Renzo Piano to develop the three-floor View from the Shard, which will offer 360º views of the capital. The View will be reached by two high-speed ‘kaleidoscopic’ lifts, which will take just 30 seconds to reach the 68th floor.Read it here

Modernism in Burnley Architecture minister John Penrose has handed a Grade II-listing to a 1958 Modernist house in Burnley. Read it here

Bright idea Dutch designer Le Puij picks up Golden A’ Design award for his energy-saving lights that are beautiful and ecologically sound. See them here

Three quarters of designers want to code  An online survey of graphic designers reveals that 75% believe a working knowledge of website programming is equal to knowing how to use Photoshop and InDesign. Read it here

Contemporary furniture changes nature of house fires  The New York Times reports that plastic fillings in sofas and mattresses burn much faster than older fillings like cotton, helping to transform the behaviour of house fires in the last few decades. Read it here

Renzo Piano, winner of the 1998 Pritzker Prize, is an architect whose work seems increasingly relevant to our times. Always challenging and surprising, each new design never fails to be so excitingly innovative as to capture the imagination of his admirers.

One of the very few architects across the world to be intimately involved in each stage of a building's development - from its concept and masterplan to its construction and detailing - Renzo's insights into his own projects are revealing and insightful. In this new publication, the reader is offered the rare opportunity to experience the key buildings of the Renzo Piano Workshop with Piano himself.

Featuring approximately twenty-five built projects, Renzo Piano introduces each building through his own personal text, followed by a photographic guide which takes the reader from the external to the internal of each project on a frame by frame tour.

Projects featured range from urban works such as Berlin's Potsdamer Platz masterplan, to the acclaimed Beyeler Foundation in Basel and the Jean-Marie Tjibaou Cultural Centre in New Caledonia. The ethos of Renzo Piano Building Workshop is characterized by sensitivity to site and local tradition as well as by its combination of traditional materials and techniques with those from the cutting edge of technology. On Tour with Renzo Piano illuminates this with energy and meticulous presentation.

Renzo Piano is an award-winning and critically acclaimed architect, with Building Workshops in Paris and Genoa. He has been a Visiting Professor at Columbia University, the University of Pennsylvania, the Oslo School of Architecture, the Central London Polytechnic and the Architectural Association in London.

"One of the greatest architects working today."—Glasgow Herald

"Reveals much about the architect's creative process."—Blueprint

"In this small-scale picture book, Genoa-born Pritzker Prize-winning architect Renzo Piano leads a guided tour of 22 of his most prominent works."—Forbes 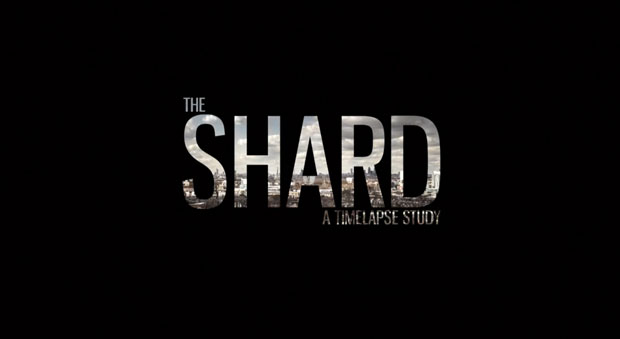 The Shard in all its timelapse glory