David Doubilet calls them ‘half-and-half’ pictures. “They are also referred to as ‘over-unders’, ‘split’ or ‘above-and-below’ images,” explains the acclaimed National Geographic photographer and author of Two Worlds: Above and Below the Sea. “Many people ask me: ‘Are those pictures real?’, ‘Are they made in Photoshop?’, ‘How do you do it?’ and ‘Do you need a special camera?’ 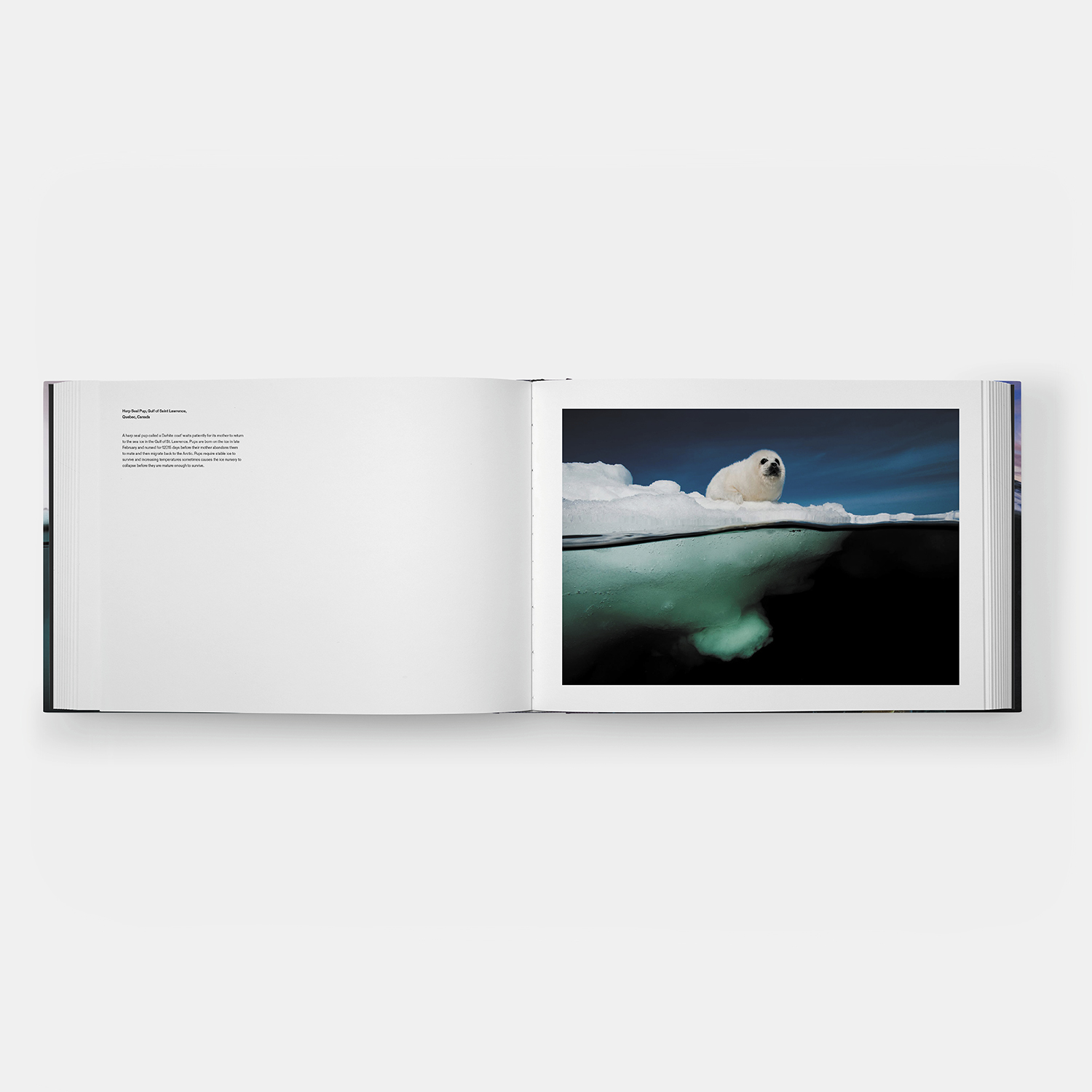 The New York photographer dived into this period of over 27,000 hours spent beneath the surface of the sea back in the late 1950s, when he put his Brownie Hawkeye camera in an  rubber bag and jumped off a jetty, aged just 12.

Over the following decades, Doubilet has documented everything from sharks and stingrays in the Caribbean to icebergs and seal pups in Northern Canada. On each occasion, he manages to capture the meeting points between the above-and below-surface worlds with incredible poignancy, beauty and accuracy.

This new book (Doubilet’s first major publication for two decades) brings together an incredible collection of shots taken throughout his stellar career; this range spans the Galapagos to the Red Sea, the icy waters of the Antarctic Ocean to the tropical Great Barrier Reef. Beautiful and intriguing, Doubilet’s body of work also raises important questions about conservation and global warming. 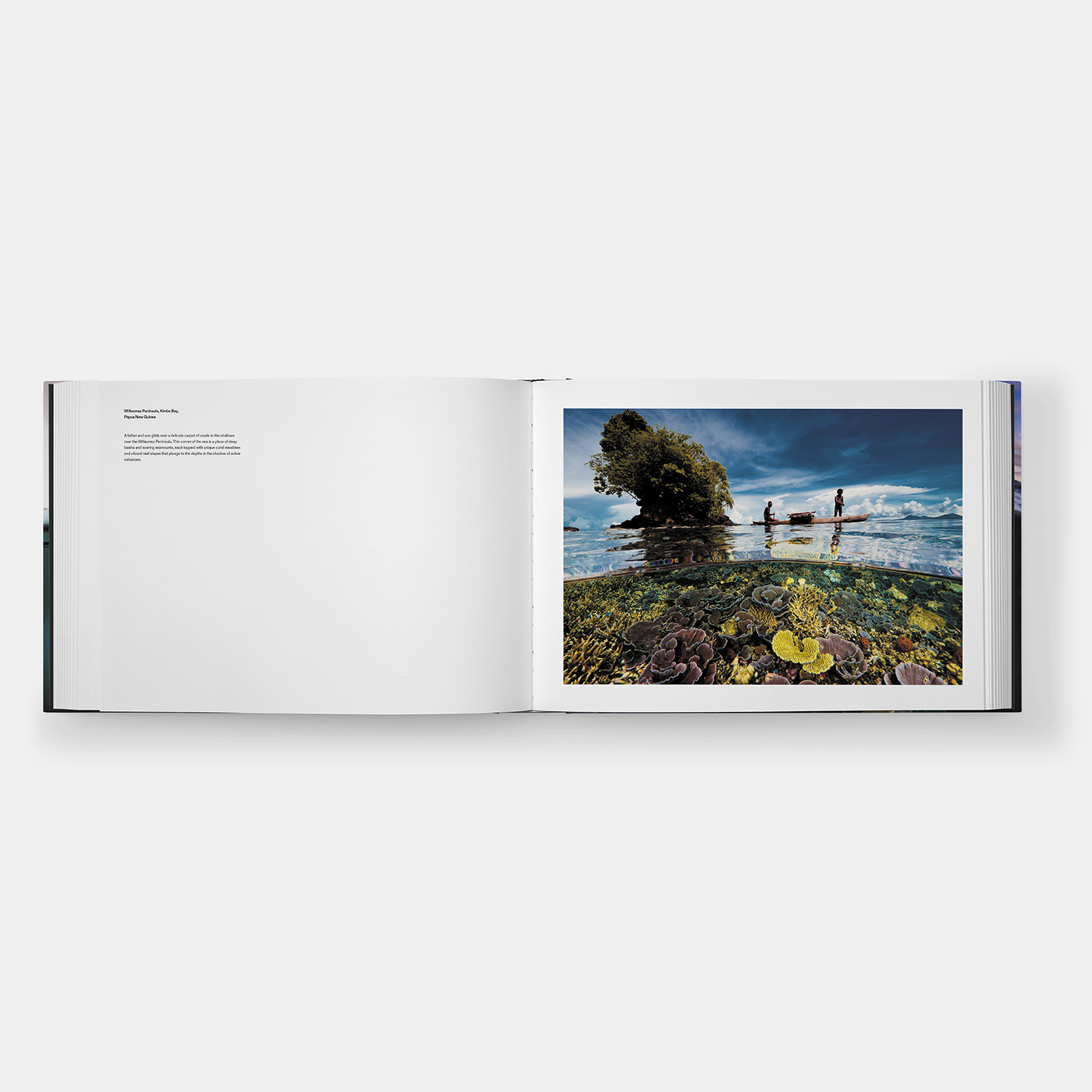 As The photographer himself writes in the book’s introduction, “looking back, I realise the images bear witness to the wonder, the beauty, the loss and, I hope, the resilience of our oceans,” he goes on, “I photograph now with a sense of purpose, urgency and, yes, poetry. In my head and heart, it is critical to make a picture that transcends journalism, to create an image that reaches into the realm of art. If we lose the sense of hope and magic in the sea, we have lost all.”

Some of Doubilet’s pictures demonstrate the environmental degradation the marine world has sustained during his career. On one spread from the book, he places two photographs taken at the Tumon Bay Marine Preserve, in Guam, in 2005 and 2017; the early shot shows a colourful reef; the later image shows coral ashen and grey, thanks to coral bleaching. There are also images of pollution, such as his harrowing photo of ocean plastics off the shore of the Philippines. 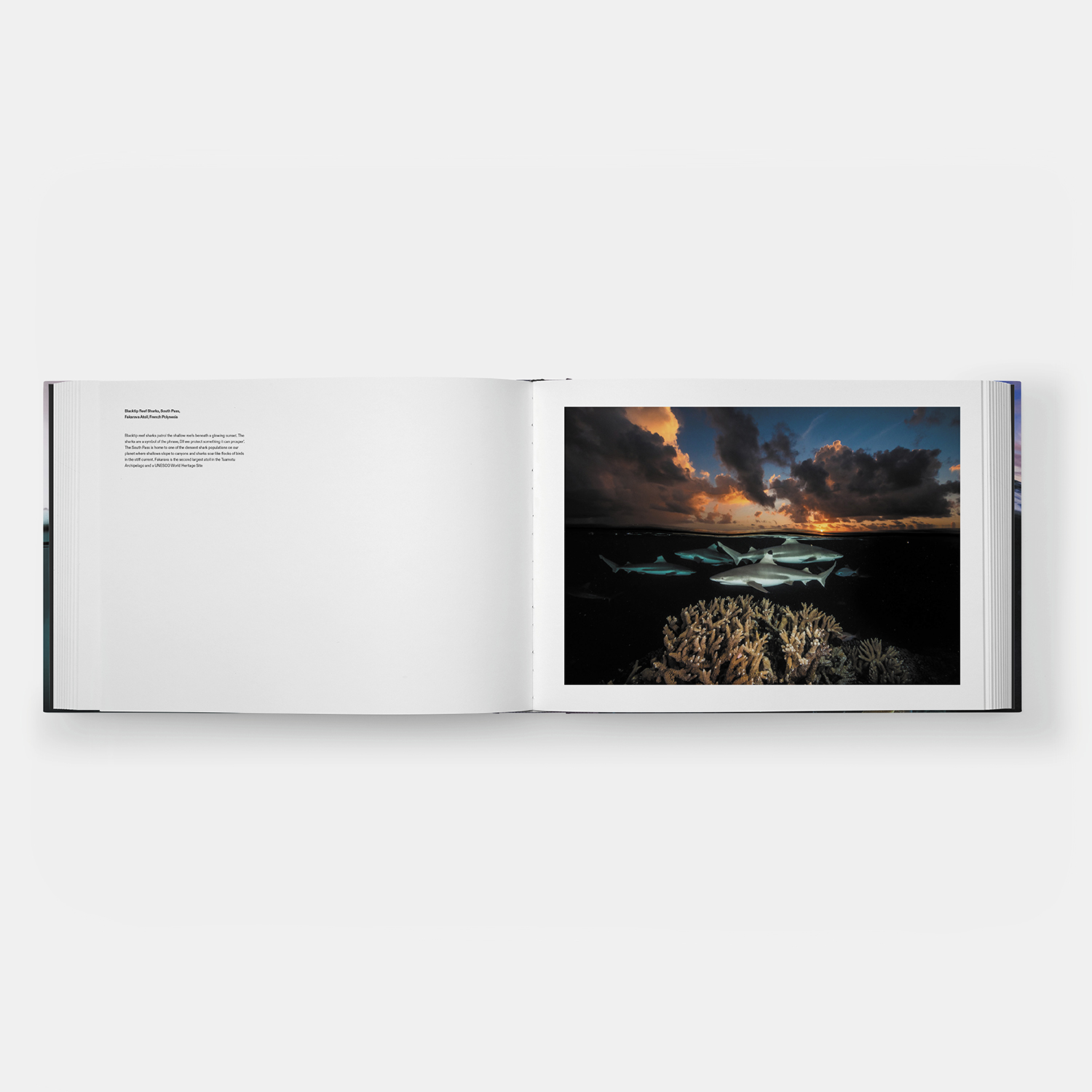 Yet Doubilet also includes sources of hope, such as his beautiful photograph of the waters surrounding the Republic of Palau, the island nation in the western Pacific which, as of January 2020, protects eighty percent of its national waters in a marine sanctuary. In between these there are crocodiles, turtles and jellyfish, as well as fishermen, children at play, tourist hotels, and even a wind farm turbine – proof that life changes quite a bit more above the waves than it does below.

In an age when sustained international leisure travel and concern for the environment are viewed as almost mutually exclusive, Two Worlds does the sight-seeing for you, reproducing some incredible hard-to-witness moments of marine life with incredible clarity.

This book is a must for photography lovers and amateur photographers; divers and armchair explorers; anyone interested in the beauty and welfare of our oceans; or indeed anyone who admires the work of an image maker, working at the height - or should that be depth? - of his powers. 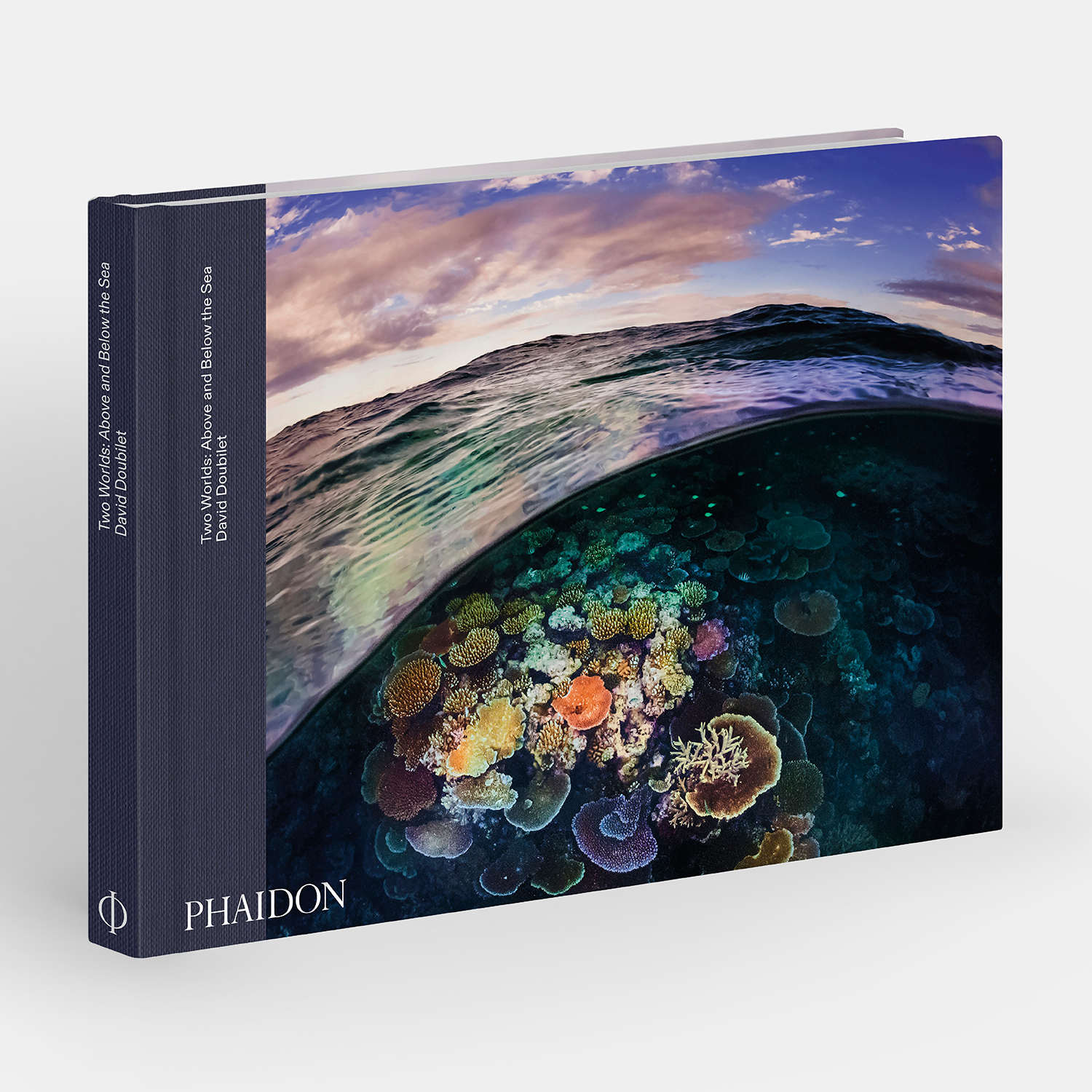 To find out more about Two Worlds and order your copy go here.