Roger Ballen is perhaps known for his unflinching photographs of South Africa’s poor, dispossessed and impoverished. The photographs can make for shocking viewing, the lives of their subjects something too brutish for some to dwell upon.

If the pictures themselves are uncompromising you can guess it’s not exactly a pleasure cruise Ballen makes to the edges of these marginalized societies to bring them back - places where all manner of degradation, violence even, is a constant companion.

For the third in our series of interviews with the photographer regarding the photos in his seminal book Outland, Ballen told us that when he looks at this particular photograph Show Off, taken in 2000, it still stirs contradictory feelings within him.

“When I look back at this one I always say to myself, well I was really lucky I got it," he tells us. "But I was also really lucky that nothing happened to me. I was lucky to get out of there alive."

Ballen was shooting in an abandoned building which a number of destitute people had slowly annexed and taken over. "They had nowhere to go so they’d just taken over the building and had begun to live there," he recalls. 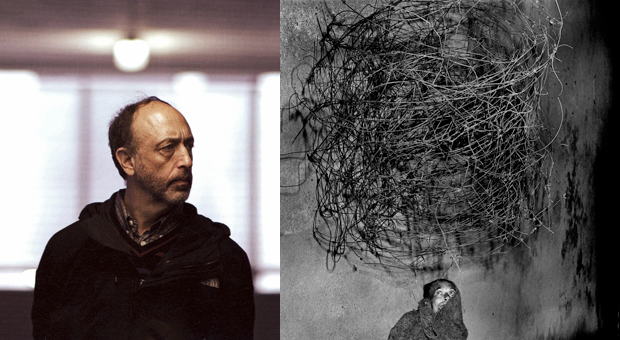 "So I went in there and started to photograph the different people there. It was a dangerous place and it was one of the few times in my career where I felt very uncomfortable. As I was working there I became aware that I had kind of become hemmed in. There were a lot of criminal types around, taking drugs and a lot of bad people on the loose - it was just a bad place, a really bad place.

"Anyway, the white man there was on the phone and the black man kept coming up to to me and saying take my photo, take my photo, take my photo! So eventually I said ‘OK, I’ll take your photo.’ And with that he said, ‘watch me, watch me, watch me!’ And he walked over to me and then fell back right on the bed like that - boom! And I got the shot, one go. I could never repeat that shot. It happened so fast I wasn’t sure I got it or not.  For me it’s the link between the shape of his mouth and the shape of the wire and the fact that his teeth are so white that bring the form together. It’s not something that could be staged. 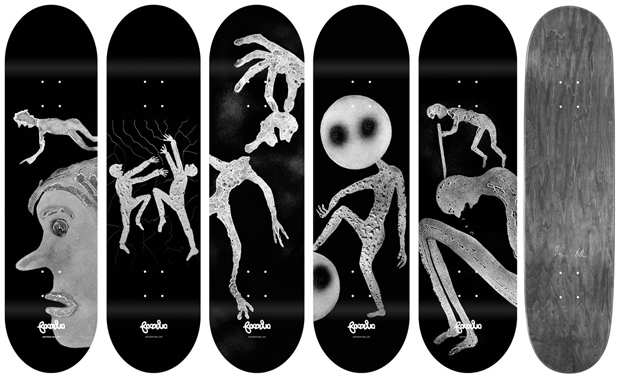 "In this picture and many of the Outland pictures I had been using a lot of wires in the photographs, it was my so called ‘wire period’. Sometimes the wires were there, sometimes I nailed them up there.  Wire in photography is different to say a line in painting.  A wire for me in photography has two relationships. There is the formal relationship that is a means to link the formal qualities of the picture - say in the way someone like Gustave Moreau (French surrealist painter) would use lines in some squiggly way to link one part of the picture to the next. But in photography, which is different to painting, the wire is a wire still. It’s not just a line it’s a wire.

"So ultimately for me the wire in the picture has metaphoric meanings to it. I think, at the time, wires had an almost stranglehold relationship that existed wherever I looked. Except outside. They were an all prevalent force. It was some way or another to do with an idea of the strangulation of the natural world.

"Anyway, to get back the abandoned house. After I took the shot, more and more very bad people kept coming into the room and I was really getting nervous. They were making various comments towards me. I remember one of the men had a hammer in his hand and I was getting more nervous around this guy because he looked like he was really spaced out.

"He kept banging this hammer against the wall and asking me, ‘What are you doing here? What are you doing here?’ He and his friend briefly went outside and I thought I’d better take this chance and better get out of this place right now. I feel that was the closest time in this particular series of photographs where really bad things could have happened."

Check back for the next story in our series or cut to the chase and get the book. You'll find it here. And if you like the look of Roger Ballen's work and the way he describes it, you'll find some great Ballen pieces over at Artspace.

More on Roger Ballen goes back to Outland #3 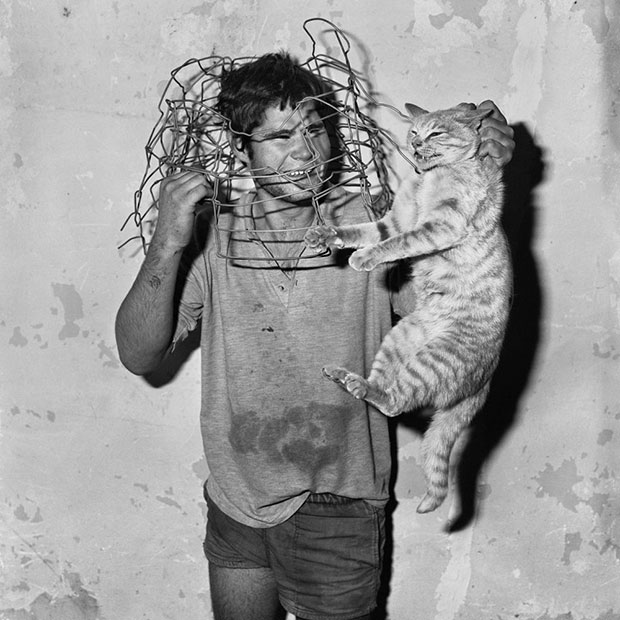 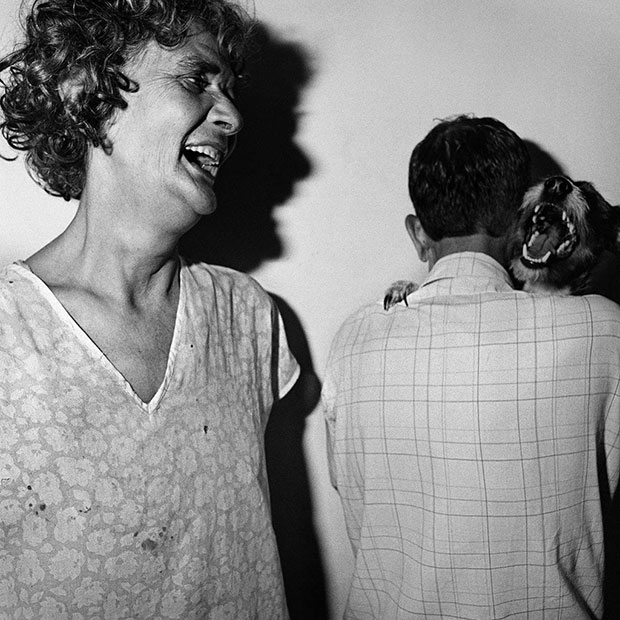 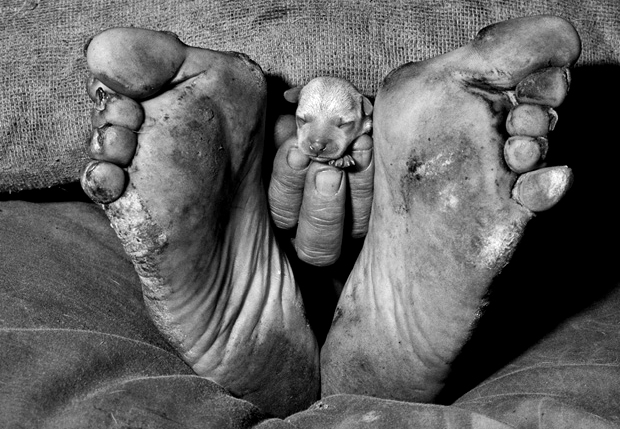 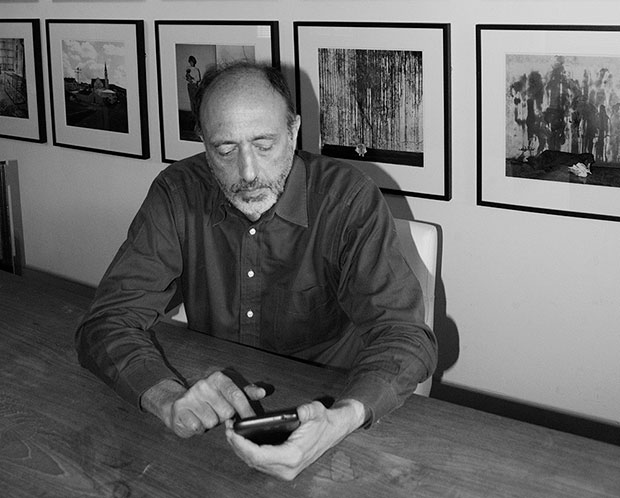