All of us have had a Gursky moment. Perhaps we’ve been overwhelmed by the vast acreage of bright, out-of-town discount stores; maybe we’ve been charmed by the neat lines highways make through our otherwise bucolic landscape; we might have watched Shanghai’s city lights, or Alpine cable cars, or the sinuous form of Bahrain’s F1 racetrack, and thought, immediately of the German photographer's pictures.

No one else has captured the queasy beauty of the modern world quite as well as this 59-year-old German. Yet, while his best-known images feel as if they faithfully capture contemporary life, it's perhaps a little dispiriting to hear that Gursky admits to digitally manipulating some of his photographs. 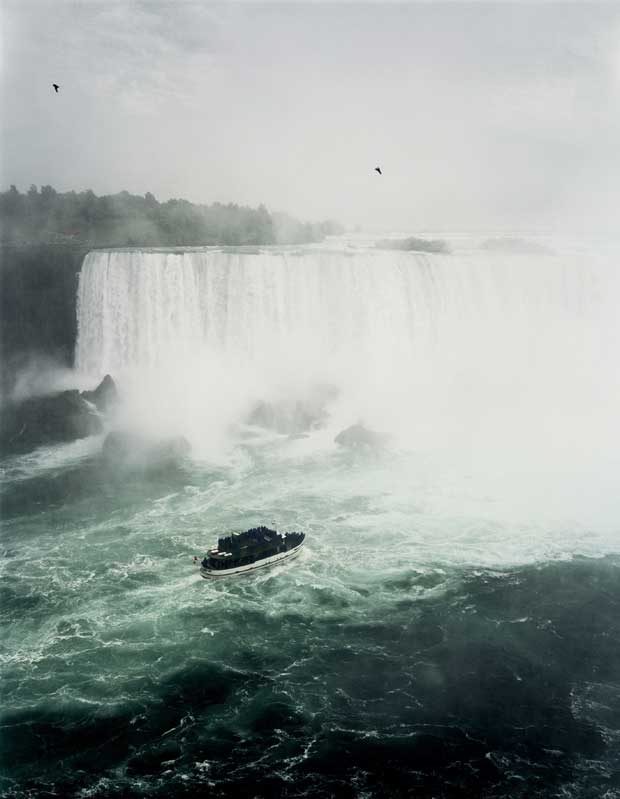 Those keen to see what Gursky’s vision might look like without the post-production should view a new selection of pictures, going on show at Sprüth Magers in London next week. Andreas Gursky, Early Landscapes, open 15 April - 21 June 2014; this selection of images were shot during the late eighties and early nineties. The pictures predate “Gursky’s extensive use of digital technology,” the gallery explains, adding that they are “characterised by what the artist has called an ‘extraterrestrial’ perspective, the pictures are titled simply and directly after the geographical location where they were taken."

That alienated worldview, common in his better-known images shot within the past fifteen years, is quite consistent with these film-camera images. Indeed, in some instances it’s hard to believe that the photographer has done nothing but press the shutter button.

One particular photo, Mettmann, Autobahn (1993), looks as if it’s been sliced into ribbons. However, as Gursky's accompanying notes make clear, the bars along it “were already at the site, integral to a Plexiglass screen that acted as a noise barrier along the motorway” where Gursky took the picture. 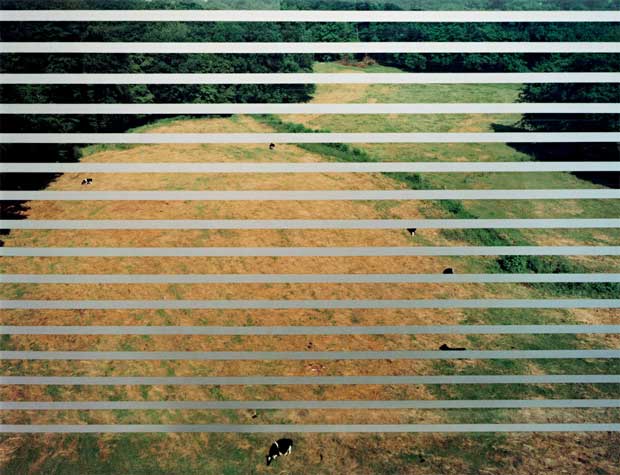 Proof perhaps, that then as now, it’s Andreas’s world, and we’re all just living in it. For more on the new exhibition, go here. For a greater understanding of Gursky and his contemporaries, take a look at our new photographic overview, Photography Today.

Modern Landscape features over 30 international projects, including schemes by both architects and landscape architects, often working in collaboration. Following an in-depth introduction, the book is arranged in four thematic sections of extensively illustrated case studies, each of which deals with a different aspect of landscape design - Parkland, Architecture as Landscape, Garden Landscapes and Urban Interventions - to identify it in the light of historical and contemporary precedents. Specifications:

Michael Spens is Reader in Architecture at Dundee University. He has written extensively on the subject of landscape, focusing especially on the integration of buildings with landscape. His books include Landscape Transformed (editor, 1995), The Complete Landscape Designs and Gardens of Geoffrey Jellicoe (1994) and Viipuri Library by Alvar Aalto (1993). He has been awarded a knighthood in Finland for his services to architecture.

"In the thoughtful introduction to his handsome new book, Michael Spens is refreshingly honest about the failure of modern critics and art historians to engage effectively with the subject...Modern Landscape deserves a wide readership for its introduction alone. But the 30 international schemes that Spens has chosen, and which are illustrated magnificently both in words and images, help to illuminate the difficulties of categorization within this slippery area. Some come right up to the perimeter wire of architecture..."—Architects' Journal