Our international roundup takes in Australia, Germany, the Netherlands, Israel, America and the UK

70 photos for 70 years This week one of the most photographed musicians of all time, Paul McCartney turns 70, and to celebrate, Time magazine's Lightbox has searched the archives to find 70 images of the singer - one for each of his years. From seemingly down to earth shots of McCartney reading a magazine - allbeit one titled the Beatles - and quiet moments backstage with the band to being surrounded by crowds and police barricades the photographers such as Snowdon, Philip Jones Griffiths of Magnum and Bob Gomel of Time & Life seem to have capture every aspect of a star who shows no sign of fading. 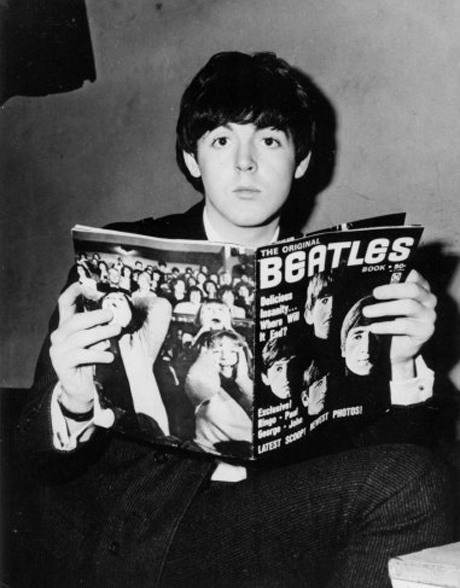 Eugene Richards goes solo - again Celebrated photojournalist Eugene Richards, who first became known for his project Dorchester Days,  has left Getty owned agency Reportage. It's not the first time that Richards has gone solo, a member of Magnum Photos for over 20 years he left the agency in 1994 only to rejoin and leave again in 2006. Richards joined Reportage in 2010 after a short stint at VII Photo. It's unclear whether he intends to rejoin Magnum, VII Photo or to remain a solo act.

If it takes a photo it must be camera Rocks, tin foil, bin liners, old TV sets, these are the odd items that make up a camera for one of the most promising teams in contemporary photography, Swiss photographers Taiyo Onorato & Nico Krebs. Creating both 2-D photographs and 3-D installations, the duo work as sculptors, moulding and shaping their photographs until they achieve their preferred balance of reality and fiction, humour and seriousness. The pair, who joined forces in 2003, use their intelligent, ironic and witty photographs to comment on the history of photography, how cameras work and the role of the photographer in their new show Light of Other Days at Foam Fotografie Museum in Amsterdam until August 22. 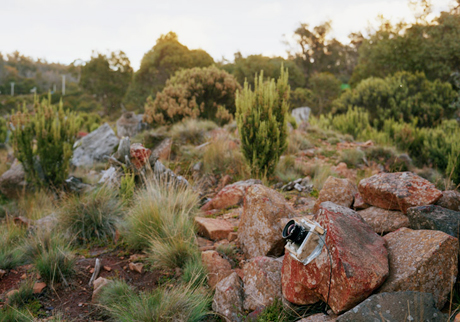 Pompidou curator moves to MoMA New York's Museum of Modern Art has named its next chief curator of photography. Quentin Bajac, who has been chief curator of photography at the Pompidou Centre in Paris for 17 years will join MoMA in January next year. MoMA has been at the forefront of championing photography as an art form since starting its collection of photographs in 1930 and now boasts one of the most important collections of modern and contemporary photography in the world. Bajac has a big task ahead of him. Not only will he be looking after the museum's 25,000 photographic works, he succeeds Peter Galassi who retired from MoMA last July after an astonishing 30 years.

The who's who of photography With photographers such as Andreas Gursky, Thomas Struth, Candia Höfer, Joel Sternfeld, Thomas Ruff and Jeff Wall among others, the roll call for LOST PLACES: Sites of Photography at the Hamburg Kunsthalle reads like a roll call of contemporary masters. The show, open until September 23, takes a closer look at the influence this era of historic social change has had upon photographers who address ideas of 'space' and 'place' within their work. If you're in the area (and even if you're not believe us, it's a worthwhile detour) this exhibition, with its immense landscapes, promises to be a show-stopper. 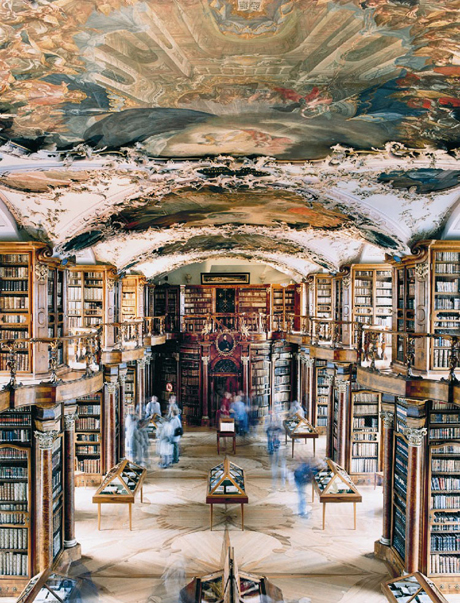 __The Australian Vivian Maier __ When do personal snaps become suitable for the gallery wall? Australian photographer Albert Tucker's photographs of his friends from the late 1930s to mid-40s have recently emerged as a document of some of Melbourne's most notable art communities. Like Chicago nanny Vivian Maier - whose street photographs were discovered in a storage locker - the photographer's work only came to light by accident. A new exhibition of Tucker's work at Heide Museum of Modern Art until September 9 features photographs of his friendships and the wider art community in Melbourne at the time including photos from the 1960s featuring a number of notable artists, including Arthur Boyd and Sidney Nolan, in their youth. 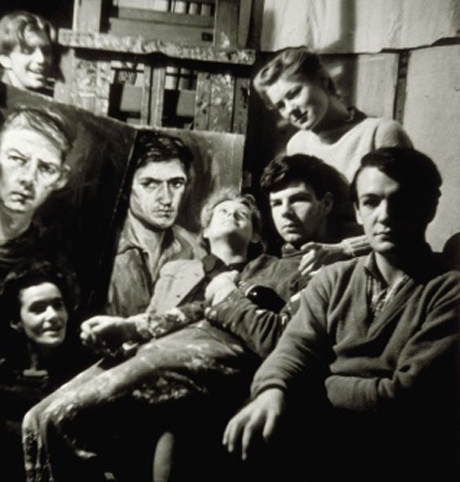 Helvetica director documents the 'ghosts' of Olympics past Director and producer of cult design film Helvetica Gary Hustwit has teamed up with Brooklyn-based photographer Jon Pack to film The Olympic City, a project that looks at the legacy the Olympic Games leaves in former host cities around the world. Taking in Los Angeles, Montreal, Lake Placid, Athens, Rome and Mexico City the pair have toured the globe to find the successes, failures and "ghosts of the Olympic spectacle." To fund the project and upcoming exhibition, Hustwit and Pack have started a campaign on Kickstarter. With minimum donations starting at just $1 anyone can help but with a donation of $3,500 or more you can get a personal tour around one of the Olympic cities yet to be featured in the project as well as an original signed print and invitation to the exhibition when it opens in New York next year.

Will Israeli bill put a stop to Spencer Tunick's naked ambition? Last year 1,000 Israelis posed nude on the shores of the Dead Sea for American photographer Spencer Tunick. Now a member of the Israeli parliament has submitted a bill that could enforce a one-year prison sentence on anyone who strips down in public in response to Tunick's work. "Such a mass shoot, which offends a large population in Israel does not add to this marvel but could very well detract from it," politician MK Nissim Zeev says. The submission of the bill may have alreadyd dampened Tunick's desire to capture the world naked. This weekend he is set to celebrate Wagner's Ring Cycle in Munich by photographing residents of the city - this time wearing body paint. 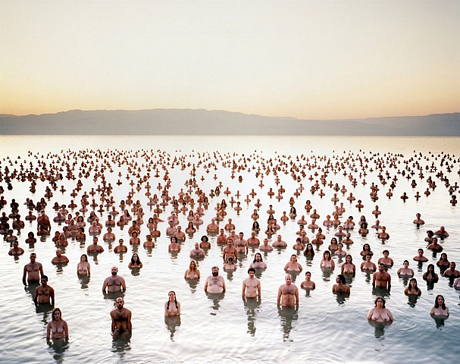 New blood in London Student photographers have descended upon London as at the beginning of the week the Student Street Photography Award went on show at Orange Dot Gallery and will be open until June 29. The Free Range photography graduate shows have also started and this year looks to be the best yet with many universities running talks, workshops and portfolio reviews for photographers newly entering the industry alongside their exhibitions. University College Falmouth is hosting a week of events at Foto8 and the University of Central Lancashire is running free photography lectures at the Old Truman Brewery from this Friday. 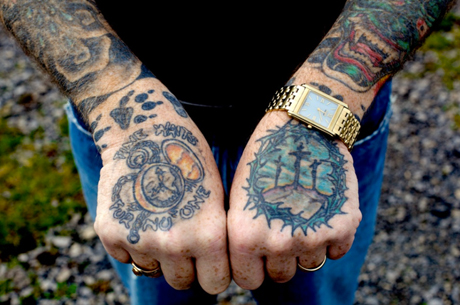 And finally... Cinematic photographer Philip-Lorca diCorcia has a tip for overcoming the stress (and occasional pomposity of art and photo fairs). “For me, going to an art fair is a strange look behind the forbidding white desk that is usually the first thing you see in a gallery,” he says. “All that pretence to a rarefied atmosphere is stripped [away]. There is a lot of effort put into presentation in the galleries and that is limited by the constraints of an art fair. And I think that’s interesting - to see the director sitting there and to see what kind of socks he’s wearing.”

The Fat Baby is an epic collection of poignant and often controversial stories photographed and written by acclaimed social documentary photographer Eugene Richards. The culmination of a dozen years of reporting, both on and off assignment, these stories, each one different in style and tone, immerse us in the lives of Honduran coffee growers, members of a Kansas City street gang, drought-plagued villagers from Niger, and doctors in an embattled Bosnian hospital. They chronicle the birth of a first child, an explosion of family violence, the struggle of a farming family to hang on to its ancestral home, and the unearthing of a half-hidden grave said to hold the remains of a slave.

Described as having an acute, sometimes hard-edged visual sensibility and a literary voice, Richards writes in order to come to terms with the complexities of what he is observing. At a time when photojournalists are often relegated to illustrating the ideas of others, he persists in interweaving his words and photographs to create boldly narrative stories that bear witness to the dramas of real lives and comment on the times in which we live. Deeply personal and prodigious in scope, The Fat Baby is a tribute to the emotional power of photography and a celebration of storytelling.

Eugene Richards (b.1944) is the one reportage photographer who, tellingly, is most intensely and consistently revered by other reportage photographers. On the basis of his Dorchester Days (also published by Phaidon) he became a member of Magnum Photos in 1978, but left in 1994 to work independently. His style has set the standard and the trend for leading photojournalists such as James Nachtwey and Gilles Peress. A former social worker, there is a political edge to his work, and his treatment of hard-hitting subject matter demonstrates a distinctive and compelling compositional style, combined with an extraordinary ability to get under the skin of his subjects. Accepted and trusted widely, he puts us in the front row of his subjects' fascinating lives.

"It's clear his dedication to documenting the less glamorous side of modern society is not without great personal risk."—Metro

"Re-asserts the importance of the extended photo-essay."—AG

"An intense journey you feel compelled to take... Story after story, each one is an intensely confrontational and demanding rollercoaster ride. But neither is there any let up in pace or quality and that's what makes it so damn good... In each essay one gets the sense of a proper storyteller knowing what he wants to achieve and realising it... There won't be many more engrossing, dignified and profound photography books published in 2004, and probably for a few years yet."—Ei8ht Photojournalism

"Eugene Richards, 59, is one of the most respected American photojournalists, has photographed a couple of circles of Dante's hell and come back to tell the tale... Mr Richard's camera cuts a rude fragment from a scene, finding a jagged piece that concentrates its emotional force. He has honed a style that mirrors - with disjunctions, displacements, extreme croppings, surprises and surprising angles, and sometimes an almost unbearable in-your-face closeness - the shattered or merely alienated lives he often observes."—The New York Times

"This book provides evidence that Richards retains his position as one of the most important living photographers."—PhotoEye

"Richards has assembled here both published and unpublished stories, all of them fine examples of his uniquely raw, affecting photographic style... Richards's example... Reminds us that photojournalism that moves people requires courage from the photographer, not only the courage of putting oneself in harm's way, but the courage to truly connect with others and absorb their anguish. In this way, Richards has been among the bravest photojournalists of our time."—Photo District News

"A dazzling book full of life stories that swallow the reader whole... The term "best book of the year" is not one that should be used lightly. But when critics look back on 2004, The Fat Baby should be at the top of every list."—Digital Photographer