In 1969 the Hungarian physicist Nicholas Kurti observed that “it is a sad reflection on our civilisation that while we can and do measure the temperature in the atmosphere of Venus, we do not know what goes on inside our soufflés.”

46 years later, our understanding of both outer and inner culinary space is a little clearer, thanks in part to Nathan Myhrvold, the 55-year-old American scientist, cook and principle author of the only encyclopedic overview of applied culinary sciences, Modernist Cuisine. 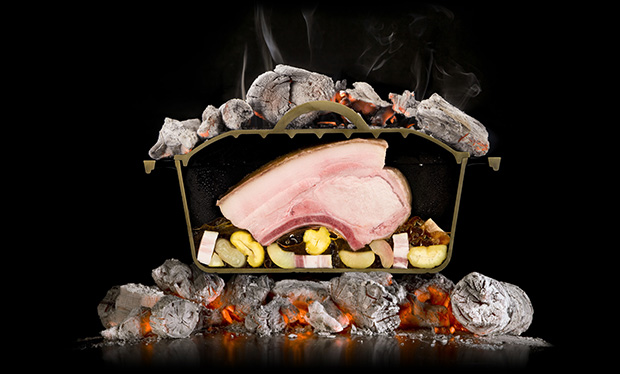 A traditional pot roast, as featured in Modernist Cuisine. Photograph by Ryan Matthew

Phaidon is proud to distribute this six-volume set (five perfect-bound books and a spiral-bound, water resistant kitchen manual) this coming September. The 2438-page title is truly the zeitgeist of contemporary cookery and the product of years of research carried out by Myhrvold and the 20-person strong Cooking Lab, which the author also founded in 2006.

Together, Myhrvold and his team have achieved astounding new flavours and textures by using tools such as water baths, homogenizers, and centrifuges, as well as ingredients like emulsifiers, and enzymes. 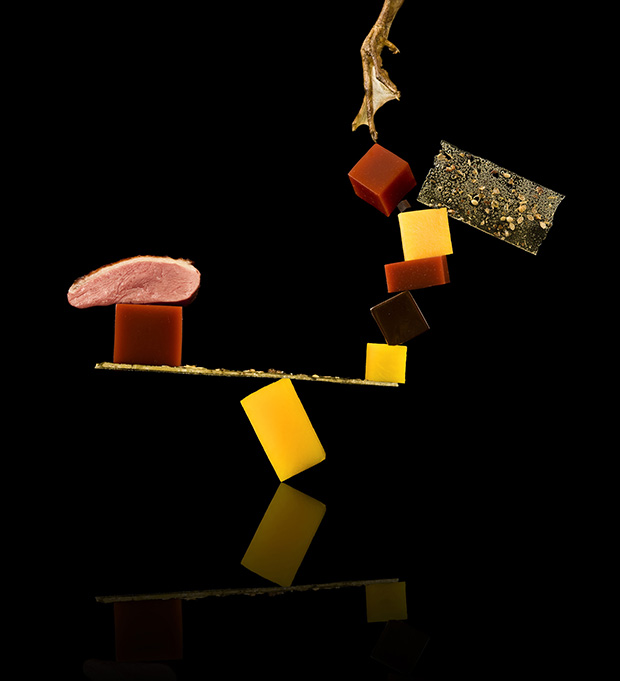 Yet the book also records an important stretch of culinary history, chronicling the incredible, scientifically minded style of cookery Ferran Adrià first pioneered in the late 20th and early 21st century, since adopted by fine dining establishments across the globe. With such a proevenance it serves as the ideal compliment to other painstakingly crafted Phaidon titles like elBulli 2005-2011, Massimo Bottura's Never Trust a Skinny Italian Chef, and René Redzepi's A Work in Progress.

But it's not only inspirational and aspirational. Modernist Cuisine has a domestic application too, as it explains some of the complicated physics behind everyday cookery techniques, such as barbecuing and even how espresso machines do what they do. 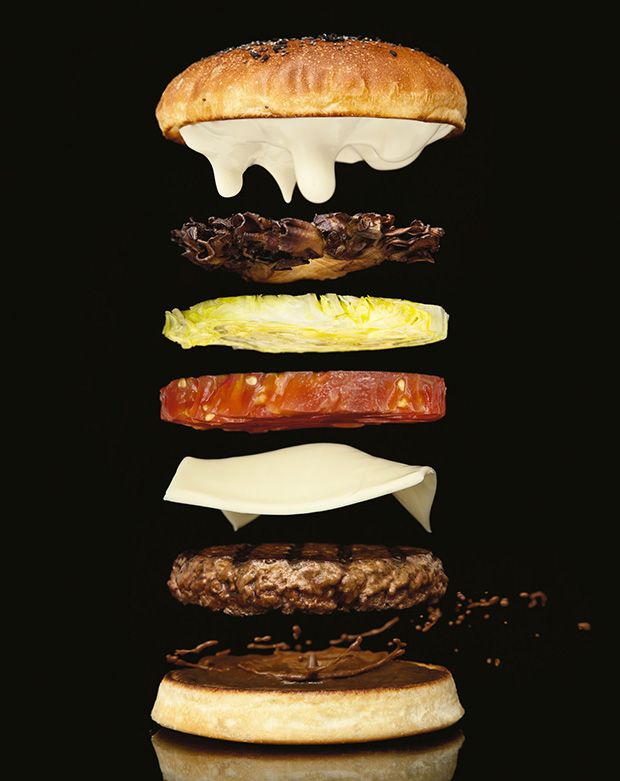 A stacked hamburger, as featured in Modernist Cuisine. Photograph by Matthew Ryan

Every culinary aspect, from the heat processes at work in a pot roast through to the complicated steps required to turn bananas into hot banana gel, is laid out in simple language, accompanied by beautifully sharp, diagrammatical cutaway photographs.

Modernist Cuisine uses high specification printing techniques, such as wide-gamut inks, which are better able to reproduce certain colours, to capture the food on the page as faithfully as possible, meaning that however high-end your kitchen may be, this will sit comfortably on its shelves. 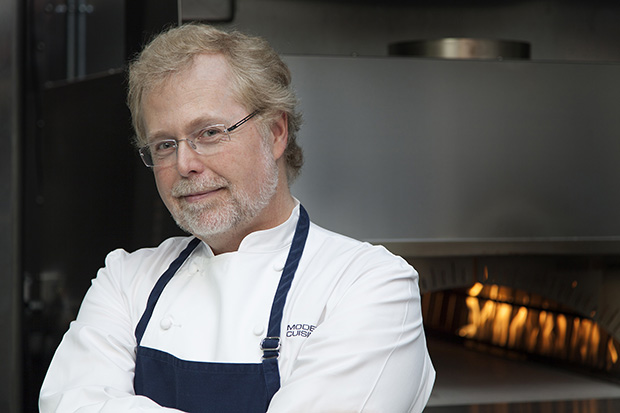 This marriage of culinary arts and scientific understanding comes naturally to Myhrvold, who was cooking the family thanksgiving meal aged thirteen, and enrolled at Princeton University just a year later. He went on to study geophysics and space physics at the University of California, LA, before Stephen Hawking of Cambridge University recruited him to research cosmology and quantum theories of gravitation.

Myhrvold went on to work at Microsoft, rising to the position of Chief Technology Officer but took a leave of absence from the firm in 1995 to earn his culinary diploma from Ècole de Cuisine La Varenne, in France. His inquisitive nature led him to research the science and history of complicated cooking where he discovered there was both a void in the physical and chemical understanding of the processes at work in this style of food preparation, and a historical gap in the recent development of Modernist cooking, a term which he coined to describe the revolution underway in the cookery of Ferran Adrià and co. 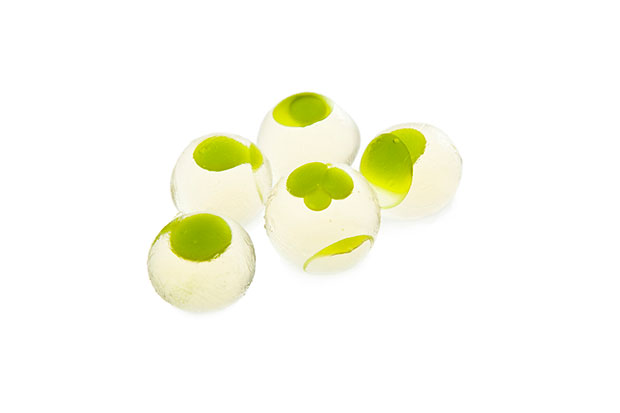 Read the hefty, 51.7lb (23.5 kg) Modernist Cuisine and you will understand why a propylene blowtorch makes a better crème brûlée than a butane one; which sort of flame is best for barbecues; and the relative merits of pizza stones versus baking steels. Incidentally, followers of Professor Kurti can learn a lot about soufflés in volume four, Ingredients and Preparations, as well as much more besides. Check back soon for how to order this great six volume set.

Modernist Cuisine is an interdisciplinary team in Bellevue, Washington, founded and led by Nathan Myhrvold. The group includes scientists, research and development chefs, and a full editorial team—all dedicated to advancing the state of culinary art through the creative application of scientific knowledge and experimental techniques.

Modernist Cuisine: The Art and Science of Cooking is an encyclopedic treatment of cooking. Its six volumes of 2,438 pages explore the history of cuisine and explain the science of cooking in a way that’s accessible to both professional chefs and home cooks. Created by a team of scientists, chefs, editors, and writers, these volumes explore research spanning the field of culinary science, with careful attention to practicality and applicability in the kitchen. Through gorgeous illustrations and otherworldly techniques, this set will inspire you to innovate in your own kitchen. Specifications:

"Modernist Cuisine is a landmark contribution to the craft of cooking and our understanding of its underlying principles. Its scale, detail, and eye-opening graphics are unmatched by any other book on the subject. It will be an invaluable resource for anyone with a serious interest in cooking techniques, whether through professional innovations of the last few decades or the long traditions on which they build." —Harold McGee

"The most astonishing cookbook of our time." —Katy McLaughlin, Wall Street Journal

"Big, beautiful, and worth the hype... it is the answer to everything you wanted to know about cooking, not to mention so many things you never thought about." —Andreas Viestad, The Washington Post

The Photography of Modernist Cuisine