New PBS clip outlines his 3 rules for life: Don't play it safe, don't try to control everything and limitation is good!

If you're anything like us you're really looking forward to the second half of the PBS series Mind of a Chef which will major on Fäviken and Phaidon chef Magnus Nilsson.

In Mind Of A Chef Magnus is joined by Ed Lee as they show viewers what it truly means to cook, think, create and live in the food-obsessed world that is The Mind Of A Chef. The show is, of course, narrated by executive producer and chef Anthony Bourdain.

But Magnus shares more in the trailer saying, "I  think that having some limitation can be good. if you have everything all the time there's very little motivation to create something new and possibly better."

The Fäviken chef also admits that while he doesn't "Know how to run an everyday restaurant he does know "what makes up a great dining experience," something anyone who's dined at Fäviken or cooked from the recipes in our book Fäviken will surely relate to.

He also believes in "not playing it safe all the time with everything you do because that kind of very easily turns boring," adding, "it's really difficult to know when it's right by trying to figure it out out but you can feel when it's right, when a dish really sings to you, when it really works." 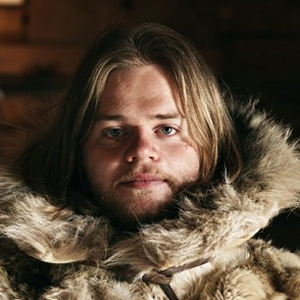 And if you thinks it's ever easy being Magnus Nilsson - think again after chewing over this summation of his day-to-day life: "You don't make much money you work a lot. You have to share your passion with new people every day which can be very very exhausting." Though, as he admits, "that's the good part."

In a trailer that's packed with a fair amount of sage advice, perhaps our favourite nugget is: "For any creative person whatever you produce is going to be the sum of everything you have with you - what you have experienced and what you have around you." Magnus, seriously, if this cookery thing doesn't work out you could have a great career as a life coach!

Meanwhile, if you're reading this and are intrigued by what motivates and makes Magnus tick you really should start by buying a copy of Fäviken. Oh, and look out for his next book with us The Nordic Cookbook which will drop next year.