The Insider's Guide to Rio

The world's attention is on Rio de Janeiro at the moment, as Brazil hosts the Olympic Games. Yet, to get to know the city beyond the velodrome and the running tracks you really need to meet someone like Zanini de Zanine.

This designer-maker divides his time between his Santo Cristo showroom (Rua Pedro Alves 197, T 2233 5061) and his Barra de Tijuca atelier, where he crafts furniture from salvaged material; some of his pieces are available at Novo Ambiente (Rua Redentor 4, T 2513 2255). "Wood is my passion," says Zanine. "I got it from watching my father" – the inimitable José Zanine Caldas. He lives in Leblon, where he can often be found surfing. "Rio is huge, but it has an informality that comes from being on the beach. You meet every kind of Carioca out in the water." Zanine is also plugged in to the fine art scene, recommending Galeria Inox (Avenida Atlântica 4240, T 2521 9940) for its roster of young talent, as well as Instituto Moreira Salles (Rua Marquês de São Vicente 476, T 3284 7400) for photography.

For more local insight, check out the print version of our Rio Wallpaper* City Guide here, and the digital version here.

'Packed with insider info on the world's coolest hotels, restaurants, and attraction'
Vogue

More on The Insider's Guide to Rio 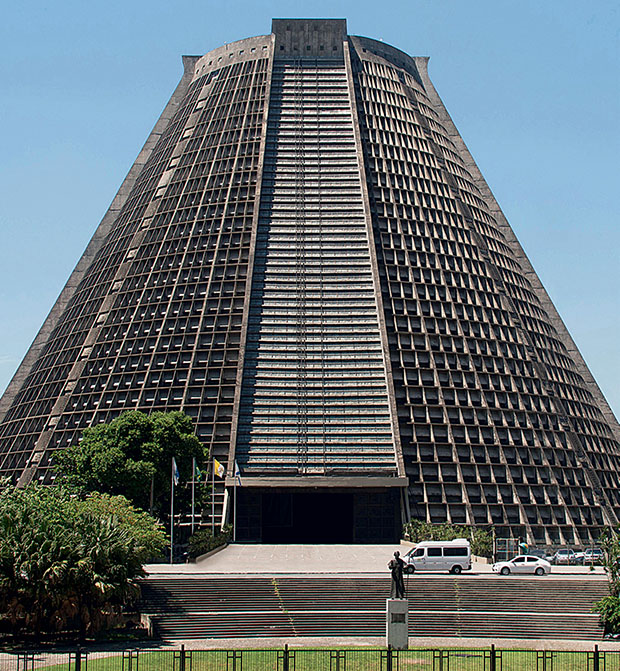 One thing not to miss in Rio de Janeiro