Can you detect the military heritage and influences in the masterful floral creations of Belgium’s Daniel Ost?

Right now Daniel Ost may be the world’s most successful floral artist, yet even he has had to contend with some of the prejudices that were once associated with his trade.

"When I was young, many people thought that floral design was gay,” Ost told the NY Times’ Armand Limnander in 2008. “So to ‘cure’ me, my father sent me for a while to military school.” 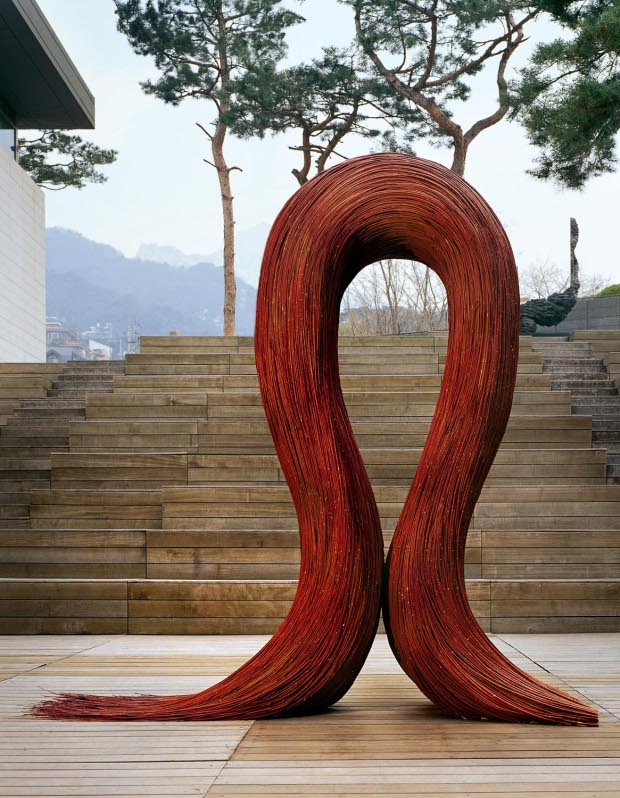 Ost’s father’s decision to send his teenage son to boot camp was not quite as bloody-minded as this initial account suggests. His hometown of Sint-Nikklas, just outside Belgium, was once home to a significant military base, and, as he tells the Dutch poet, novelist and journalist Cees Nooteboom in the introduction to our new book, Daniel Ost: Floral Art and the Beauty of Impermanence, there were military men in his family. 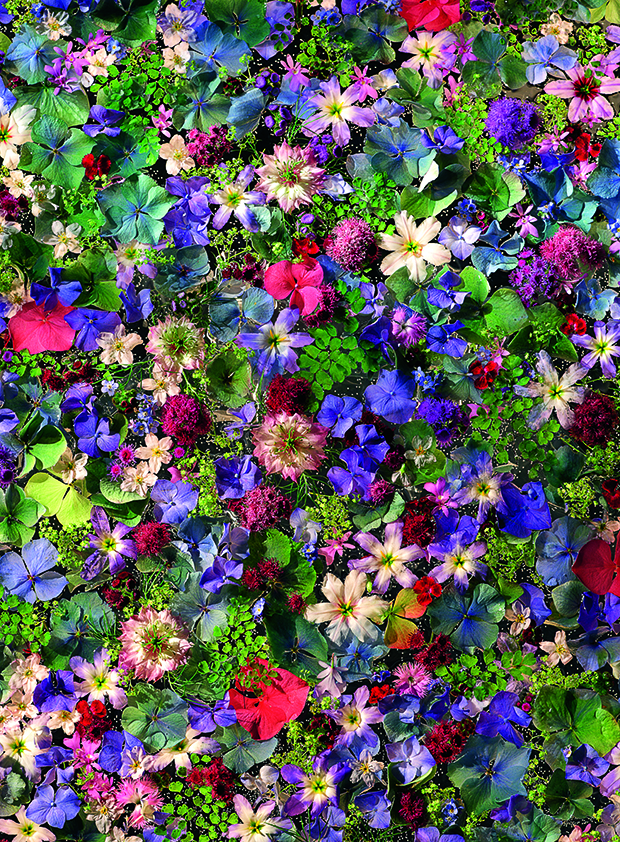 Ost appeared to reject the military influence as soon as possible. At the age of 20 he began working for the noted Netherlands floral designer, Peter Curfs. However, many put the precision and determination of Ost’s presentations down to his time spent in the boot camp. After all, Ost does head up a team overseeing extremely precise and time-sensitive manoeuvres in unfamiliar terrain. 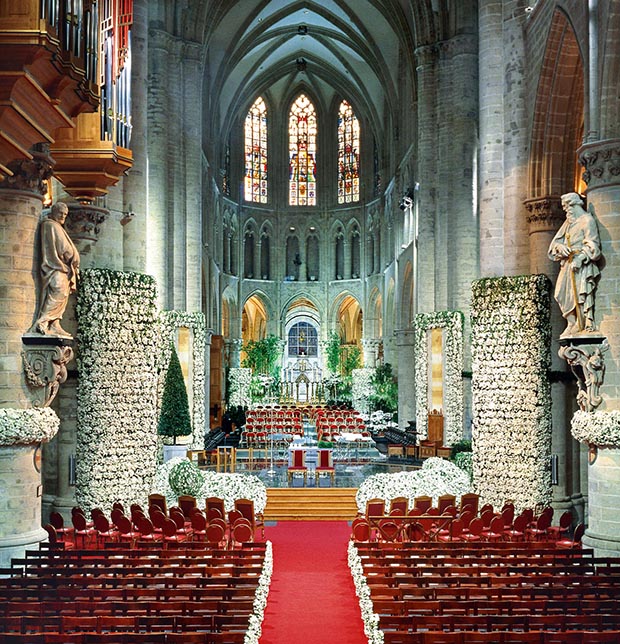 Just consider the synchronicity required to install the 17 tons of white and pink cut flowers within the Cathedral of St Michael and St Gudula for the wedding of Crown Prince Philippe and Princess Mathilde of Belgium in 1999; or the exquisite floral parasols, installed in the upper reaches of La Hulpe castle for the Erasmus Foundation’s 2012 gala dinner, which took the Silk Road as its theme. 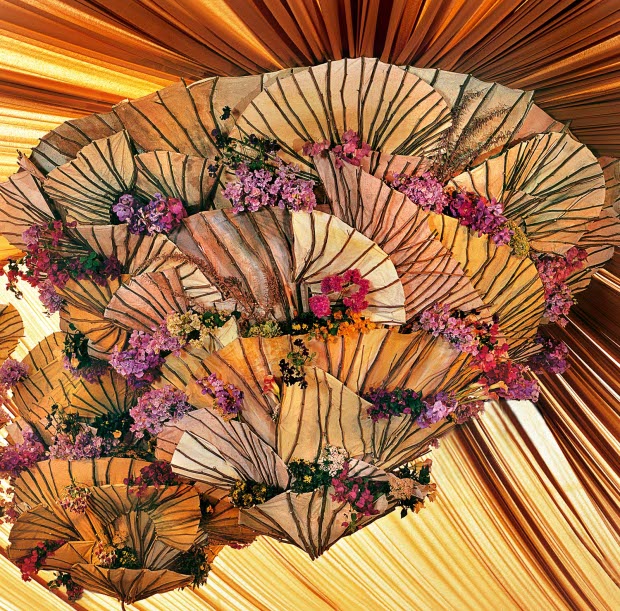 He has carried out many overseas operations, such as his huge 2013 floral installation at the temple of Izumo in Shimane, Japan; as well as skilled arrangements closer to home. Consider 1987 piece, completed with his wife Marie-Anne, in the mud of Flanders once  a killing ground in the First World War. 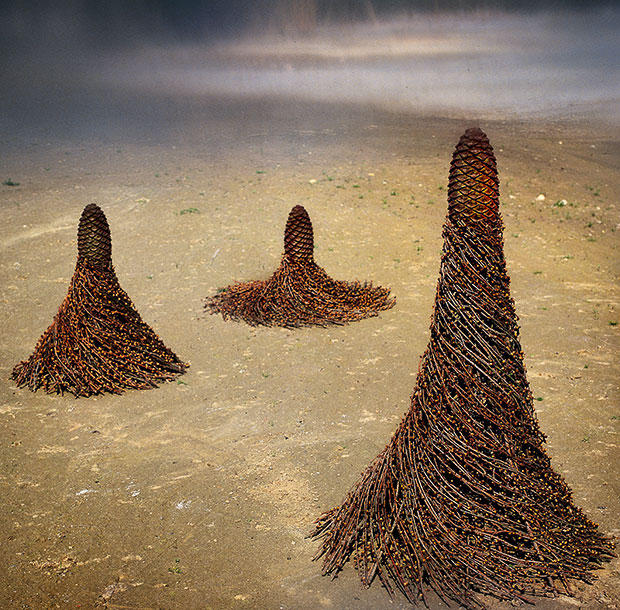 Indeed, Ost himself seems to still think in military terms. “Flowers demand total mastery and discipline,” he writes in the introduction to our new book. “You have to reckon with time as a constant opponent.”

“Flower design illustrates the temporal, ephemera, like few other disciplines,” he goes on. “Each step in the process must be mastered by the maker’s strong will and mind.” 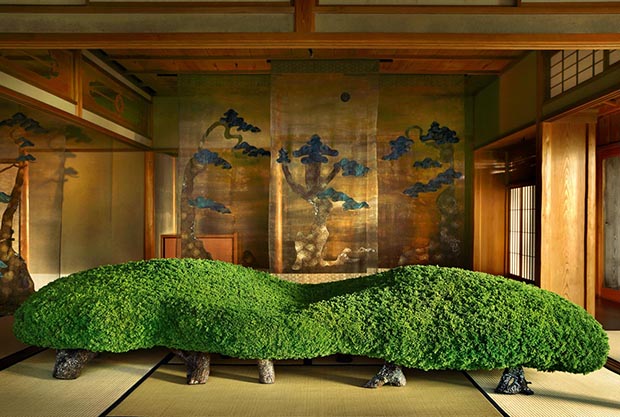 It’s a mastery that Ost clearly possesses, and one that he might, to some degree, owe to his regimental background. To find out more about this important artist by ordering a copy of the book here, and check back soon for more on this fascinating title. 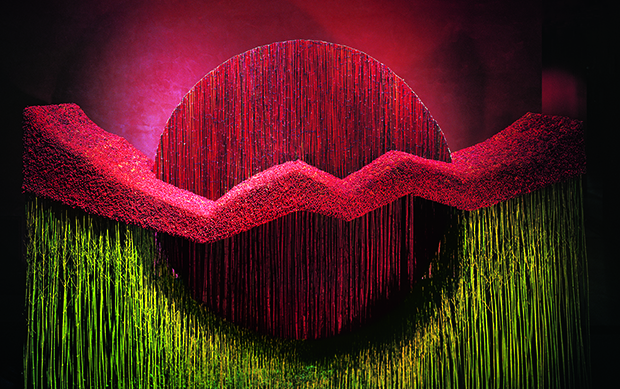