The latest update to the Madrid Wallpaper* City Guide was launched in style last night in Bosco de Lobos in hip Chueca, drawing a fine crowd of the capital’s creatives.

Bosco de Lobos is an urban oasis in the garden courtyard of the College of Architects, a delightful restaurant and bar in a stand-alone glass box wrapped in a precast cement lattice, designed by Sandra Tarruella.

In attendance were representatives from many of the venues featured in the guide, including boutiques Ecoalf and Isolée, hotels Unico and Urso, the Michelin-starred Mexican restaurant Punto MX, and Grupo Tragaluz.

First published in 2007, the fifth edition of the Madrid guide features a brand-new Art & Design chapter, now introduced across the series. 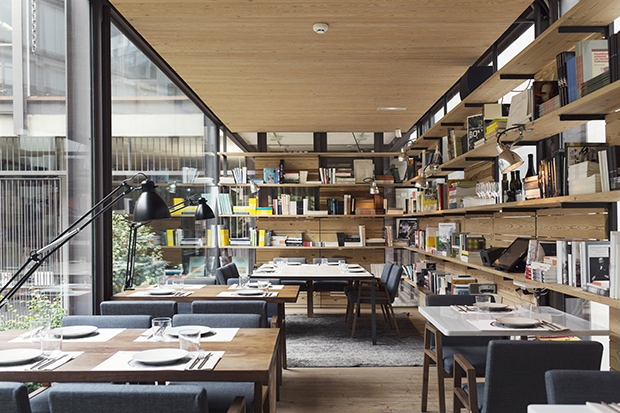 In the Spanish capital, it was a celebration of not just the big three art museums – Prado, Reina Sofia and Thyssen-Bornemisza – but of independent enterprises such as furniture designers Espacio Brut.

The soundtrack was provided by the Wallpaper* City Guide insiders, The Zombie Kids, who had just flown in from Ibiza. The new edition of the Madrid guide features the usual raft of happening bars, restaurants, fashion stores and boutique hotels. Buy the new guide here.

Perfectly sized for travel, discreet and easy to use, so you don't feel like a tourist, these books are ideal for either extended breaks or business trips. They are rigorously researched, and curated by an extensive network of experts, from in-house editors to in-the-know local correspondents. The series now covers more than 100 dynamic destinations.

Praise for the Wallpaper* City Guides:

"For fashionistas, hipsters, architects and anyone who wouldn't be caught dead where the tourists go."—Alicia Miller, Sunday Times Travel

"Packed with insider info on the world's coolest hotels, restaurants and attractions."—Vogue

"For discerning jet-setters... The small but perfectly formed guides have become iconic."—1843 (The Economist lifestyle magazine)