Last night's match against Turkey saw Team GB win 75-70 - did the high-tech wheelchairs play a part in the win?

If you watched the nailbiting wheelchair basketball match between Team GB and Turkey last night (Team GB won 75-70) you might be interested to learn a little about the cutting edge design technology that went into the wheelchairs the Paralympians were using. They are, in fact, the  first ever bespoke 3D printed seats for wheelchair basketball and were created by the Engineering and Physical Sciences Research Council.

Using cutting-edge research tools the seats are individually moulded for each player to provide the best possible support in an effort to improve athletes' speed, acceleration and manoeuvrability around the court. The seats were developed with UK Sport funding at Loughborough University’s Sports Technology Institute (supported by the Engineering and Physical Sciences Research Council (EPSRC).

The new seats are revolutionary because they take the individual’s size, shape and particular disability into account. For example, a player with a spinal cord injury will have a seat that provides additional support around their lower back. Harnessing a range of cutting-edge design and manufacturing techniques and developed in close consultation with the wheelchair basketball teams, the customised seats consist of a foam interior and a plastic shell. They are simply clamped onto the current wheelchair design in which the frames are already made to measure for the players.

Team members initially underwent 3D scans to capture their bodies’ biomechanical movements and their positions in their existing wheelchairs. A moulding bag containing small polystyrene balls (similar to a bean bag style seat), was used to capture the shape of the player when seated. The seat was then made up by hand. Computer-aided design (CAD) capabilities were then used to refine the shape of the outer layer of the seat to suit each individual player and help position the seat onto the frame. 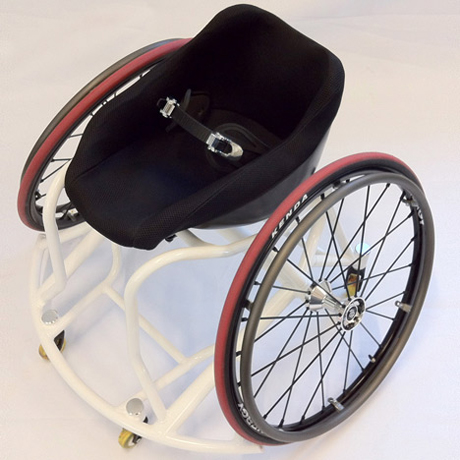 Using this prototype the next stage involved quickly producing copies of each individual seat so that they could be further tested and amended if necessary following feedback. For this speedy production an additive manufacturing technique called selective laser sintering (otherwise known as 3D printing) was used to build up each seat layer by layer. This resulted in a final product that exactly replicated what was on the computer screen. This is the first time anywhere in the world that these existing techniques have been harnessed together to produce a sports wheelchair seat.

“Within any wheelchair basketball team, both the nature and the extent of the players’ physical abilities vary considerably,” says Dr Gavin Williams, who has led the project. "Traditionally players have had a very limited choice of seat designs and a tailor-made approach was not possible. The new seats, which include part of the back rest, are made specifically to accommodate each individual’s needs”.

“The sprint tests, for instance, showed that the new seats enabled the athletes to shave tenths of a second off their best times,” says Dr Williams. “That represents a huge improvement in a player’s ability to reach the ball and move around the court. The seats save a kilo of weight with the overall chair being two kilos lighter than the chairs that were used in Beijing because of other modifications to the chair itself.

“The advances we’ve made also have the potential to feed into improved seat design for wheelchair users in general,” says Dr Williams. “In particular, bespoke seats could reduce the problems with pressure sores currently experienced by a great number of wheelchair users.”

The 333 design classics featured in this volume show the impact of new technology on design. With the world at our fingertips, thanks to commercial air travel, the colour television and the computer, global access and communication play an increasingly important role in design. From the first compact disc to the lap top computer, digital design opens up a conscious investigation of even newer and more unusual materials, technologies and inspirations. The design products in this volume have changed the way we communicate, the way we travel and the way we make ourselves at home in the 21st century. They include all the key designs by the people who re-invented established products and set new standards in style and quality, including Philippe Starck, Ron Arad, Konstantin Grcic, Marc Newson and Jonathan Ive. Specifications: 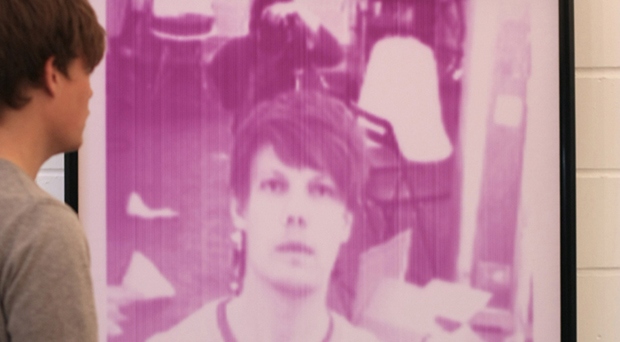 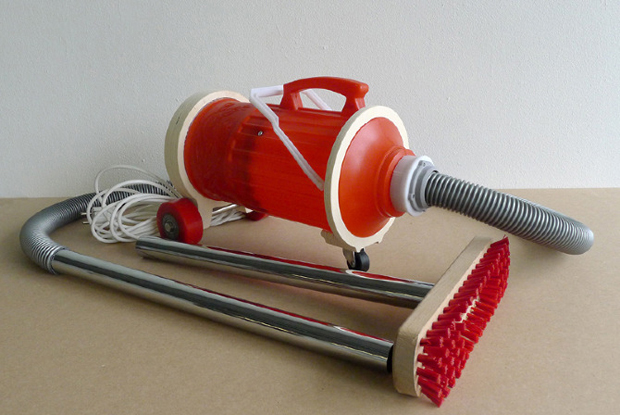 Designers, are you ready for Adhocracy?