The Museum of Ancient Art, in the Sforza Castle in Milan, certainly appears to be a fitting location for Michelangelo's final sculpture. The foundations of this 14th century castle predate even the renaissance artist's ultimate works, and retain the kind of late Middle-Ages prowess befitting this marble rendering of Mary mourning over Christ's body.

However, the castle's facilities have proved a little too decrepit for so venerable a piece of Italian art, and, while Sforza undergoes renovation, The Rondanini Pietà (1564) will be moved to a new temporary location which, despite being just under a kilometre away, remains a world apart.

Later this year, the statue will be installed in Milan's San Vittore prison. City officials say that the  artwork will be placed at the centre of the 19th century building which is based partly on a panopticon design, affording views from every wing.

Both press and art historians have objected to the proposed rehousing, citing the costs and the risks involved; the Italian news magazine Panorama suggested the statue would be better housed in a local square, with visitors charged a euro each to see it. 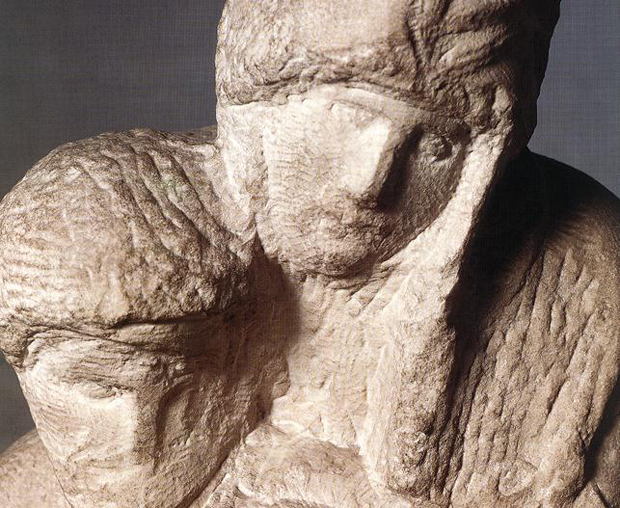 Detail from The Rondanini Pietà (1564) by Michaelangelo

However, Stefano Boeri, Milan's culture commissioner, told Corriere Della Sera that the statue's brief spell in prison will cost very little, while raising questions of piety and faith, as well as the profile of La Pietà Rondanini, and of the plight of local prisoners (the 19th century jail is notoriously overcrowded, and last year the prison chaplain was arrested on sex abuse charges).

While we are surprised by the move, we applaud any decision to offer priceless art to an audience often regarded as below cultural contempt. Michelangelo's statue should go on display in the spring, though you won't have to commit a felony to see it. Boeri says there will be some measures put in place to maintain public access to The Rondanini Pietà during its prison term.

However, should you prefer not to enter an Italian jail to learn more about this Renaissance master, then please take a look at our classic Michelangelo books, which cover every aspect of his life and work.

First published in 1953, this book remains a classic piece of literature on the work and life of Michelangelo (1475-1564). It continues to be the only volume to contain illustrations of all his paintings, sculpture and architecture.

The book is designed to serve both the student and the art lover: the fine quality reproductions emphatically illustrate Michelangelo's genius, while the text surveys the ideas and theses of the world's leading scholars on the painting, sculpture and architecture of Michelangelo and provides a detailed and sophisticated commentary with extensive bibliographical notes.

The exhaustive selection of plates devoted to the paintings of the Sistine Chapel provides an invaluable record of their condition before the recent controversial cleaning, while ten colour plates show some of the paintings in their restored state, offering the works to the reader's eye for close discrimination.

Ludwig Goldscheider (1896-1973) was a distinguished art historian and book designer, and co-founder of Phaidon Press in Vienna in 1923.

"The book yields a stimulating overall view of Michelangelo's religious and artistic journey, full of terribilità and beauty, which is enriched and enlivened by the messages from easily missed details, including ornamental marks, significant expressions and expressive gestures."—The Tablet 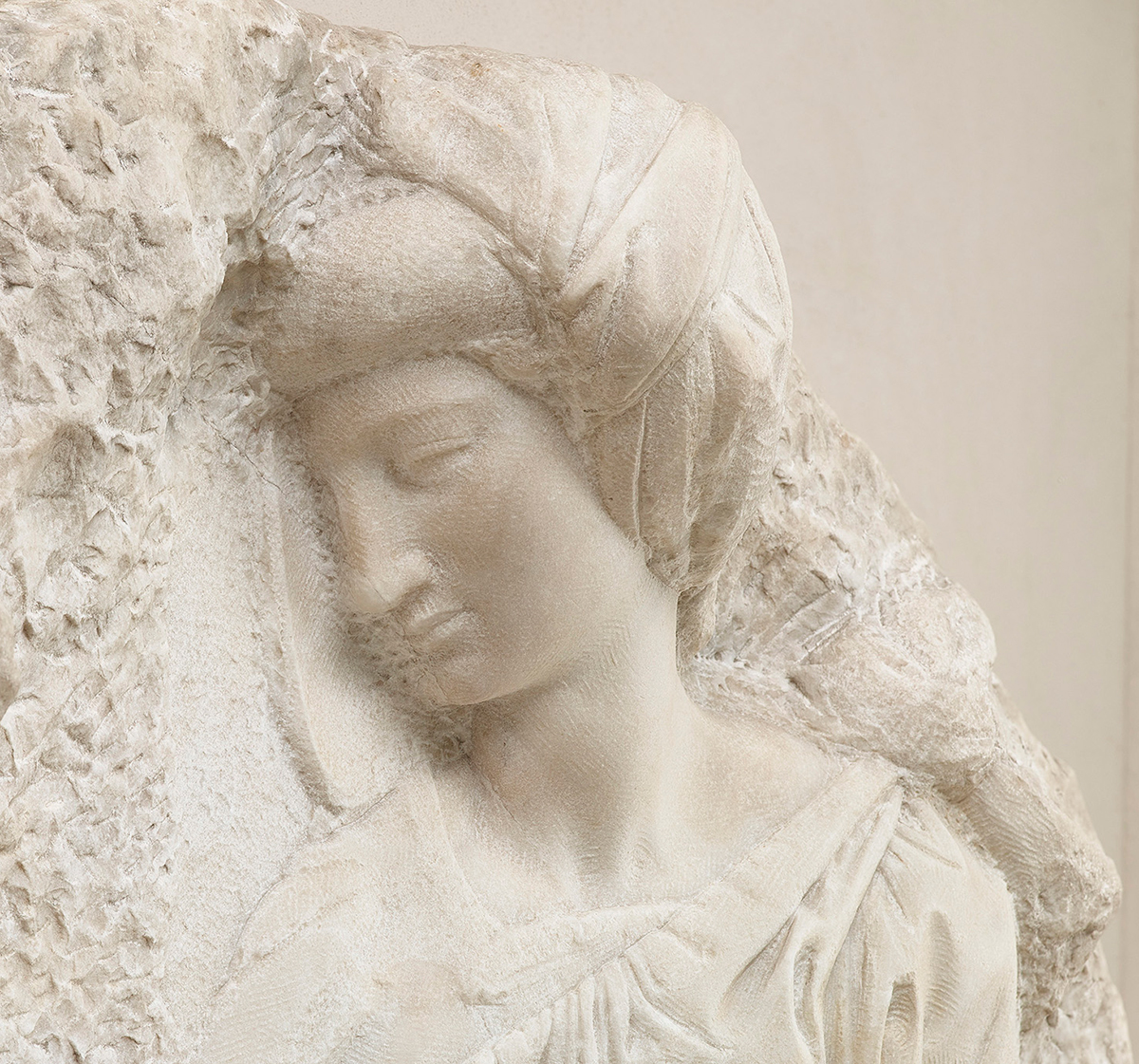 Can you spot the crack in this Michelangelo?