As he turns 76 take a look at one of his most beautiful, best-loved buildings, Church of the Light

One of the most startling things about the great Japanese architect Tadao Ando, is that he didn't take a conventional route into his profession. Ando, who celebrates his 76th birthday today, began his career as a boxer, and, when he turned to building design, decided travel and self-tution was the best course.

“Unlike any other major architect of the present day, Ando is an autodidact who has educated himself empirically by travelling internationally through many different cultures, his observations being informed by his innate sensitivity to three-dimensional space,” explains Tom Heneghan in our new book Tadao Ando: The Colours of Light Volume 1. “However, the most powerful influence on his work has remained the traditional architecture of his own country, not the physical characteristics of this architecture – his work makes no reference to traditional forms or styles – but the ethereal aspects whereby light and shade, time and season, are the principal components of the user’s experience.” 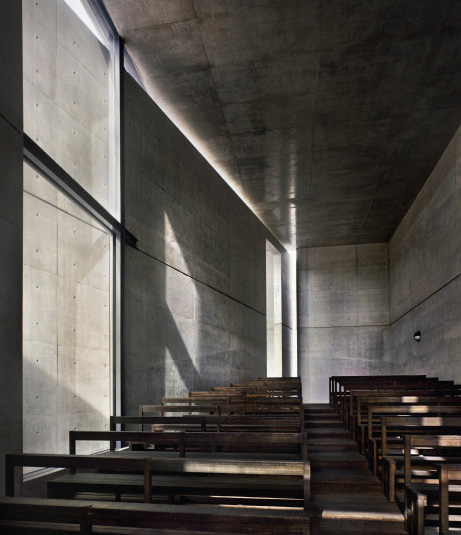 This quality is perhaps best shown in photographer Richard Pare’s exquisite photographs of Church of the Light, Ando’s famous ecclesiastical building created in Ibaraki, Osaka, southern Japan during the late 1980s, which are reproduced in our new book. 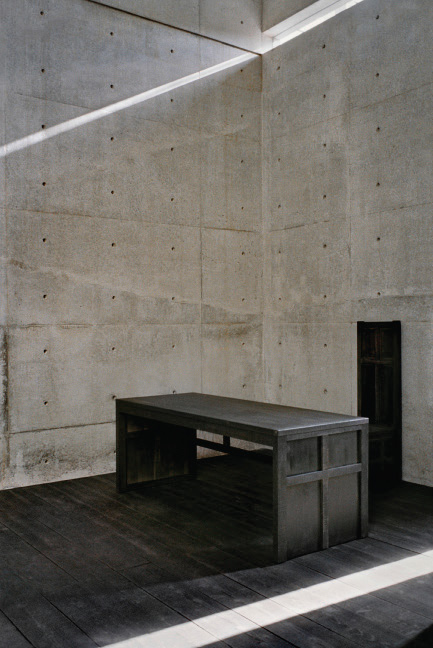 “Located in a quiet residential suburb, this chapel derives its orientation from the direction of the sun and from the position of an adjacent church building,” we explain in our new book. “The church consists of a a triple cube sliced through at a 15-degree angle by a freestanding wall, which defines the chapel and its triangular space. Entering through an opening in the angled wall, one has to turn 180 degrees to be aligned with the chapel. The floor descends in stages towards the altar, behind which is a wall penetrated by horizontal and vertical openings that form a crucifix. Both the floor and the benches are made of low-cost wooden scaffolding planks, which, with their rough-textured surface, emphasize the simple and honest character of the space.” 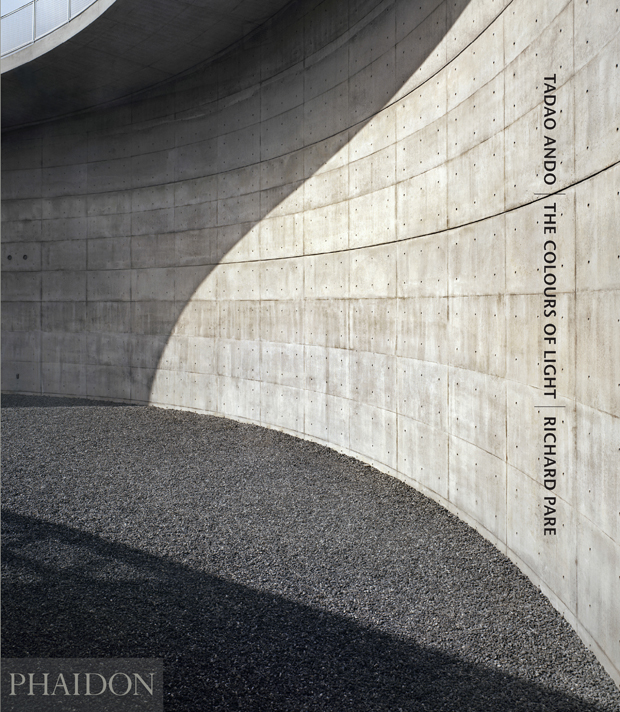 Happy birthday Tadao, and thanks for all those beautiful spaces. To see many more of his buildings, as captured by Richard Pare, order a copy of our new book Tadao Ando: The Colours of Light Volume 1 here.

"The magnificent photographs by Richard Pare come as close to putting you there as any publication is likely to achieve." —The New York Times

An exquisite work of art in its own right, this book is the result of ten years' collaboration between the English photographer Richard Pare and the internationally renowned Japanese architect Tadao Ando. This new edition features all the same extraordinary photographs, completely remastered from the original negatives, bringing this beautiful volume back to life. Pare's remarkable images shed new light on this important body of work, while Ando's original line drawings and sketches provide unparalleled insight into his creative process.

Richard Pare is consulting curator of photography for the Canadian Center for Architecture and has exhibited at the Art Institute of Chicago and the Museum of Modern Art in New York.

"Arguably the most significant body of work of the last 20 years." —Architects' Journal

"Every page raises your level of consciousness and I cannot say how much pleasure it gave." —Architectural Review

"A superb example of a monograph that is more than simply a catalogue of buildings. Richard Pare's photographs beautifully capture the sublime simplicity, the materiality, and the quality of time in Ando's work." —American Institute of Architects

"Pare [has a gift] for capturing moments, scenes and viewpoints of a building, inside and out, that even the architect that designed the building is often unaware of... A fascinating insight."—The Essential Journal

"This is more than an architectural picture book... The photos are accompanied with a forward penned by Ando himself and some of his drawings appear throughout, all adding to insight to one of the most celebrated architects of our time."—Superordinarylife.com