Kanye thinks everything needs to be ‘architected’

What is it about architecture that attracts people from the entertainment industry? Brad Pitt is the poster-boy for reviving the housing stock of hurricane-torn New Orleans, and now rapper Kanye West is hanging out with Harvard’s architecture undergraduates.

“I really do believe that the world can be saved through design, and everything needs to actually be ‘architected’,” he told a group of students at Harvard Graduate School of Design last week.

He clearly has some understanding of the hoops would-be architects jump through to become professionals. “I appreciate you guys’ willingness to learn and hone your craft,” he said. 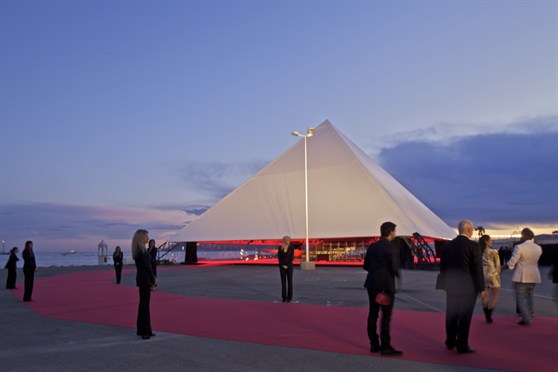 And while he may not be a trained designer or architect himself, he’s been surrounding himself with creatives. OMA built a pyramid-shaped cinema to screen West’s first short film at last year’s Cannes Film Festival, and the legendary Peter Saville is designing a new identity. Saville said the star “wants me to do a YSL”.

What’s more, he has his own design company, named DONDA. “Some of the first Donda employees were architects who started designing T-shirts instead of buildings,” West told his Harvard audience.

If West is serious about turning architect, and ‘architecting’ things himself, it will be a long haul: he’ll need a bachelor’s degree, more than 5,000 hours of interning, and then a pass on all those architecture licensure exams. Hardly the workload for a self-described college drop-out. Still, we're pleased to see him take an interest in archiecture, and wish him well.

To find out more about this, go here. For greater insight into one of Kanye's favourite architects, take a look at our Le Corbusier titles, including our magisterial Le Corbuser Le Grand and our William J R Curtis study, Le Corbusier: Ideas and Forms. Buy them from the people who made them, here.

A spectacular visual biography of one of the greatest architects of the 20th century. Specifications:

"The man who designed the 20th century - [Le Corbusier] arguably had more of an influence on the form of the modern world than any other architect... You couldn't make a book like this about just any architect. Beyond the architecture, reveals a great deal about the man himself. It all points to a life lived enviably fully."—The Guardian Online

"Formidable and wide-ranging... Le Corbusier Le Grand is a feast... Every page is dense with ideas... A source book for the modern world."—Jonathan Meades, News Statesman

"The impact of all the illustrations is undoubtedly fascinating - a real joy [ - ] to browse through - conveys the experience of a day at a really well organised archive."—Building Design