Wilhelm Sasnal is one of the most celebrated artists to emerge from Eastern Europe in the twenty-first century. His practice embraces drawing, film, comics (his strips are regularly published in Machina and Przekroj, two Polish periodicals) and, above all, painting. Prolific, varied and deliberately unclassifiable, Sasnal channels the enigma of our contemporary image-based society. For him, ‘art is largely a mystery [that] touches upon the invisible, the unnamed.’

His painting draws together Pop, photorealism, abstraction, minimalism and photorealism to describe both banal and enchanted details of day-to-day reality, placing diverse subjects on a plane of equality. His key subjects, however, which he returns to again and again, are the possibilities and limits of representation. In his work, material and image swap places, crossing and recrossing the border between depiction and abstraction, often several times in a single canvas.

His work in every medium involves a process of absorbing, saturating, materializing and then moving on to the next subject. At any given moment he has a pile of images waiting in his studio and in his head. In his exhibitions, we catch excerpts or glimpses of the greater whole of his attempt to create an encyclopaedia of the visual world, a project in which no detail is insignificant.

His films show a similar range to his paintings, from their modest beginnings as unedited 8-millimetre shorts to the 35-millimetre feature film Fallout (2010). Seen as a whole, his practice raises fundamental and evergreen questions about the value of images and art, the nature and possibilities of painting and film, the intertwined relation of our subjectivity to cultural identity, and the ways we address what we experience in life in parallel to the mediated world of images.

Sasnal was awarded the Vincent Van Gogh Prize in 2006, and his work has been the subject of solo exhibitions at major museums across Europe, including the Kunsthalle Zurich, the Frankfurter Kunstverein and the Museum van Hedendaagse Kunst (MuHKA) in Antwerp. An exhibition of his work will open at London's Whitechapel Gallery in October 2011.

Dominic Eichler is an art critic, artist, musician and curator based in Berlin. He is Contributing Editor at Frieze and has written for a range of magazines and exhibition catalogues. His books include the poetry collection Written All Over Us (2009).

Andrzej Przywara is a curator, critic and art historian. He began working at Foksal Gallery in 1988, curating exhibitions by such artists as Luc Tuymans, Franz West and Douglas Gordon. He is currently President of the Foksal Gallery Foundation, which he co-founded in 2001.

Jörg Heiser is a critic and curator based in Berlin. Co-Editor of Frieze, he also writes for a number of German-language newspapers, including Süddeutsche Zietung, and his books include All of a Sudden: Things that Matter in Contemporary Art (2008).

'The boldest, best executed, and most far-reaching publishing project devoted to contemporary art. These books will revolutionize the way contemporary art is presented and written about.' (Artforum)

'The combination of intelligent analysis, personal insight, useful facts and plentiful pictures is a superb format invaluable for specialists but also interesting for casual readers, it makes these books a must for the library of anyone who cares about contemporary art.' (Time Out)

'A unique series of informative monographs on individual artists.' (The Sunday Times)

'Gives the reader the impression of a personal encounter with the artists. Apart from the writing which is lucid and illuminating, it is undoubtedly the wealth of lavish illustrations which makes looking at these books a satisfying entertainment.' (The Art Book) 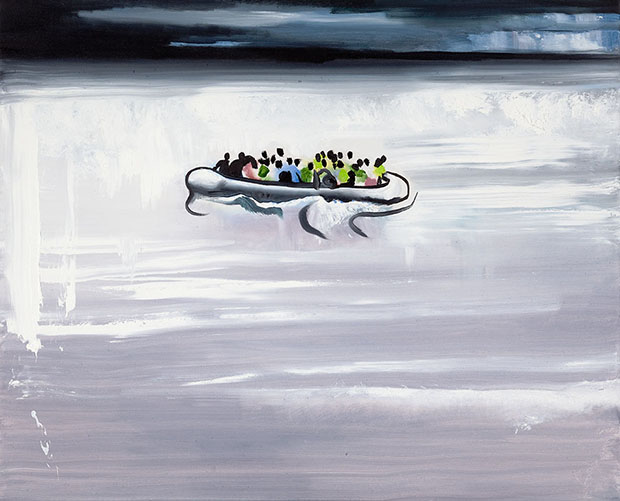 Wilhelm Sasnal on migrants, movies and The Cure