Design of the Week: The Established & Sons logo

In 2005, Established & Sons burst onto the international design scene with a penchant for contemporary furniture and a commitment to British manufacturing. Heads were turned, especially those belonging to graphic designers, who waxed lyrical about the company's typographic identity. Designed by south London-based studio Made Thought, the logotype employs a seamlessly mixed composite vocabulary, one that reflects the tradition of British craft and the innovation of cutting-edge design. With Established & Sons now firmly embedded within the design landscape (and particularly prominent at this year's London Design Festival), we caught up with Made Thought's Ben Parker to discuss an identity that feels as fresh now as it did seven years ago.

What was the original concept behind the identity?

Our ambition was to reinvent the perception of a contemporary furniture brand, moving away from the minimalist, over-polite and clichéd image that is so prevalent within the furniture industry. The concept for the brand itself was brave, so we had to respond accordingly. We consciously played with the juxtaposition of the two opposing values inherent in the name itself — tradition and modernity — taking the notion of visual collision, and playing it out across all aspects of the brand. 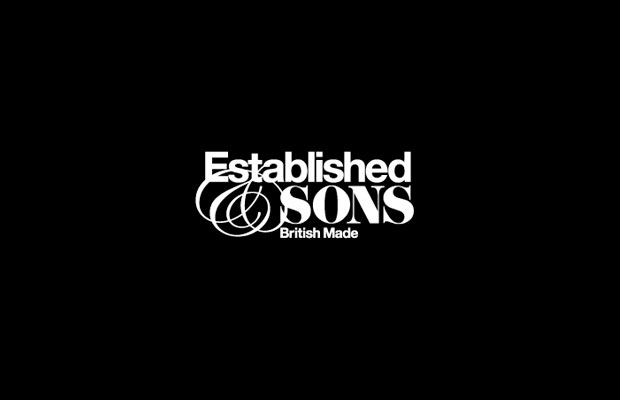 How did you make sure that collision came across?

The duality is expressed in the design of items, such as the company’s business cards. The ephemeral quality of mass-produced greyboard is juxtaposed against the traditional and refined printing technique of gold gilt edging. To some extent, the greyboard represents the modern – its representative of the industrial factory floor. The gilt edging reflects the heritage of British manufacturing, and is representative of the esoteric gallery environment.

Another aspect is the identity's strong typographic attitude. For an exhibition at the Salone Internazionale del Mobile, in 2006, we created a 42m wall of typography to act as a dramatic backdrop for the furniture. It featured old English adages, famous British quotes and quirky observations to create a cultural montage, mixing quotes from people like Oscar Wilde and Tommy Cooper. This collision of cultural references, with its bold execution and British humour, helped reinforce and reflect the company’s brand values.

You decided to use two typefaces throughout: Helvetica and Didoni. Why those two in particular?

The modern and neutral typeface of Helvetica contrasts against the traditional, serif face of Didoni. These two distinct tonalities, representing old and new, underpin the entire approach with the identity, forming a strong typographic stage. 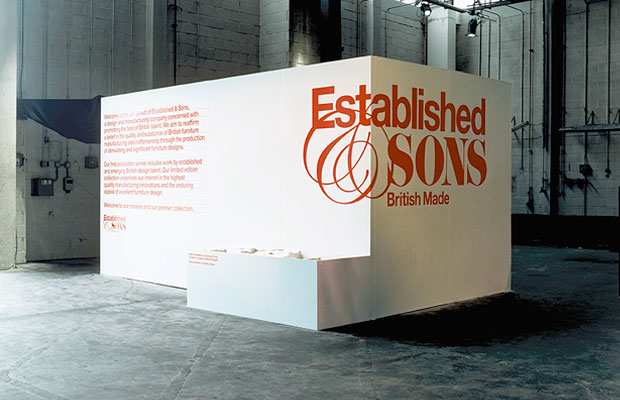 What assets does a piece of graphic design need to define it as being great?

Jack Kerouac once said that “Great things are not accomplished by those who yield to trends and fads and popular opinion”. I believe this is true with design. The best design should be consciously brave and self-confident.

Finding the right equilibrium of concept, style and function are the building blocks to creating great design. Too much faith in a concept can sometimes overshadow or taint the message. Too much style can confuse or muddle the message while sole reliance on functionality can render the design boring or un-engaging. Balancing all three attributes is critical. Most importantly, the end result should always be beautiful as this will always seduce and hold the attention of the viewer.

Could you pinpoint a few examples?

There are lots to choose from. The 1972 Munich Olympics identity by Otl Aicher; all the work of Swedish designer John Melin; the Japanese courier company Yamato Transport; Massimo Vignelli’s New York subway map (again 1972); the YSL logo and wordmark by A.M. Cassandre; to name just a few. 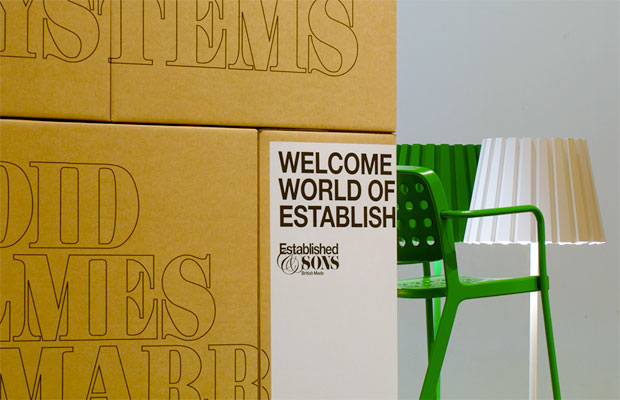 What do you think of contemporary graphic design?

It’s easy to look back and admire work from the past, but graphic design is as strong as it has ever been. It's now possible to see more design today than ever before, good and bad, due to the array of inspiration sites and blogs.

One place you'll find only the good is in the Phaidon Archive of Graphic Design.