The Languages of Graphic Design

Graphic design output is regularly divided into a number of well-worn categories. There's branding, for example, and typeface design, information design, book and newspaper design and signage. The Phaidon Archive of Graphic Design features all of the above, in spades, but it also contains work that transcends predetermined graphic design pigeonholes, some of the most interesting of which are alternative languages. Here's an introduction to four of our favourites. 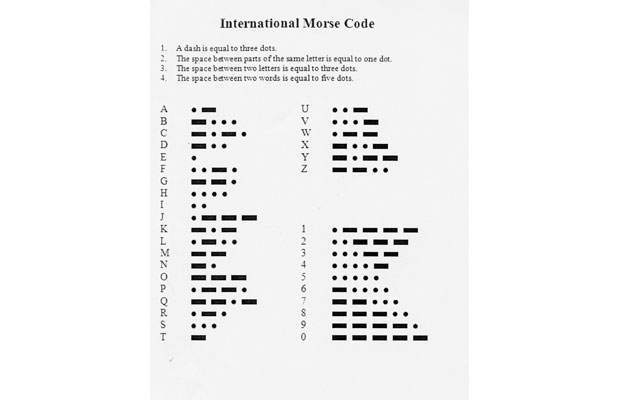 1: Morse Code  Named after Samuel Morse, an American painter and inventor, Morse Code is a system of electronically transmitted dots and dashes, once the primary method for sending telegraphic information throughout the world. The code's success lies in its simplicity. Morse, and his partner Alfred Vail, developed a system through which the shortest sequences were assigned to the most frequently used characters in the English language. So, the most commonly used letter E was represented as one dot, and the rarely used Z by two dashes and two dots. "The method enabled the international spread of the code," the editors of the Phaidon Archive of Graphic Design explain, "which was suitable for radio transmissions as sound, or even improvised visual sources such as a torch." 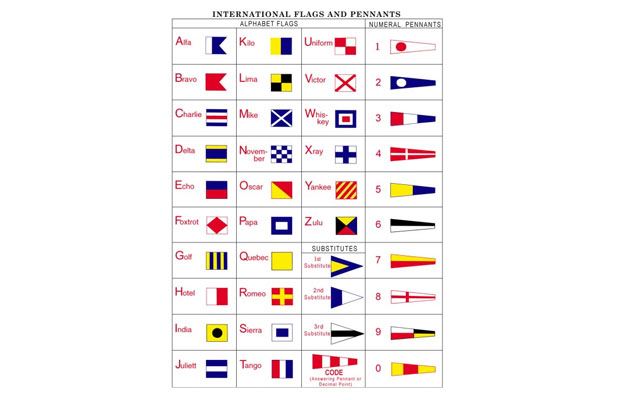 Part of the International Code of Symbols, a system developed in 1855 and still in use today.

2: The International Code of Symbols Not quite as simple as Morse Code, but far less reliant on electricity, the International Code of Symbols provided the first internationally recognised language of flag signals. The code was first developed in 1855, when 18 flags that could be combined into 70,000 signals were drawn up by the British Board of Trade. In 1947, having been used sporadically for almost 100 years, the system was adopted universally, and it still performs a vital function as a method of translingual communication today. 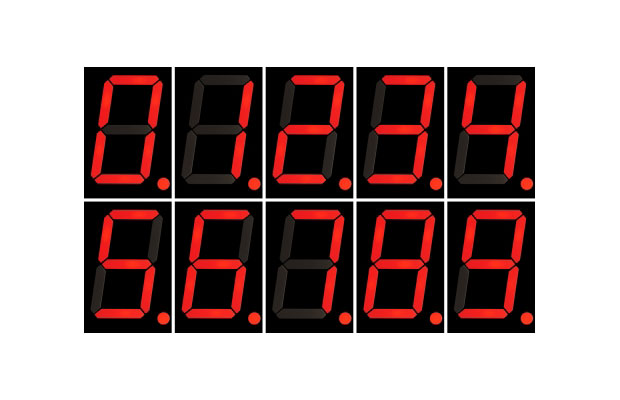 A seven-segment display system, ubiquitous in the 1970s and still used today.

3: The Seven-Segment Display Not quite an orignal form of language but an impressive communicative system all the same, the Seven-Segement Display was ubiquitous in the 1970s and is still prevalent today. When it was first developed, the technology was an exciting, new method of showing Arabic numerals, and quickly became a precursor to dot-matrix systems. The digital forms have been used in a wide range of everyday mechanical devices, from timepieces and calculators to train station flip-disc boards and vane indicators at petrol stations. 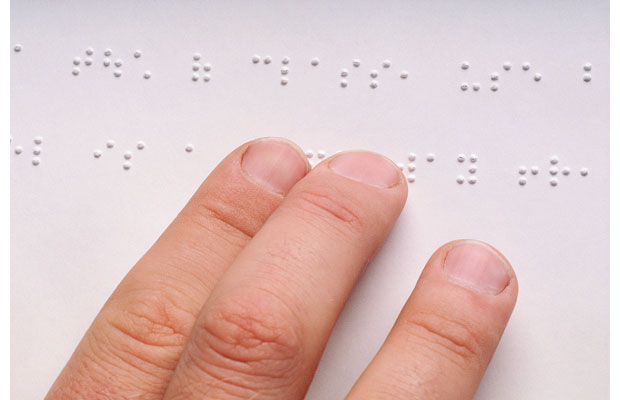 Braille, developed by Louis Braille in 1929.

4: Braille  First introduced to the world by Charles Barbier, a captain in Napoleon's army striving to develop a method of communicating silently in the dark, Braille was fully realised by Louis Braille, then a student at the Paris National Institute for the Blind, in 1829. Braille released the potential in Barbier's system by refining the design, reducing the size of each individual cell (so a finger could cover a whole symbol all at once) to quicken the reading process. Separate Braille codes are now available for other systems of notation, such as mathematics, music and computer programming, but the original system has yet to be replaced by new technologies.

Read more about Morse Code, the International Code of Systems, the Seven-Segmant Display and Braille in the Phaidon Archive of Graphic Design.