"Creativity can solve almost any problem," according to legendary adman George Lois. "The defeat of habit by originality, overcomes everything," is just one of the mantras he's lived by for 80, very successful, years. So, with the thought in mind that every creative person (be they an artist, architect, designer, photographer - whatever) can always do with a helping hand we'd like to draw your attention to his great new book, Damn Good Advice (for people with talent!). 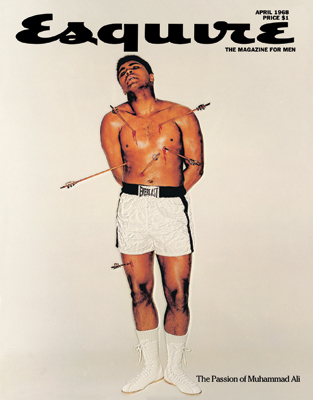 Muhammed Ali on the cover of Esquire magazine (1968)

Lois was one of the most influential and successful creatives of the late 20th century, working on an astonishing array of breakthrough campaigns for the likes of MTV, Nickleodeon, MTV and Tommy Hilfiger that meshed high-minded design with hard-core sell. His talents as graphic designer and guerrilla thinker famously manifested themselves in his iconic Esquire covers of the 1960s, now housed in MoMA, New York. We've picked our five favourite pieces of advice from the 120 on offer in the book. However good you think you are you can always do with more. So order it here.

There are only four types of person you can be. Identify yourself:

All the tools in the world are meaningless without an essential idea.
An artist, or advertising man, or anyone involved in a creative industry (or even noncreative professions such as a doctor, lawyer, electrician, factory worker or president) without an idea, is unarmed. In the graphic arts, when that original idea springs out of a creative's head and intuitions, the mystical and artful blending (or even juxtaposition) of concept, image, words, and art can lead to magic, where one and one can indeed be three. 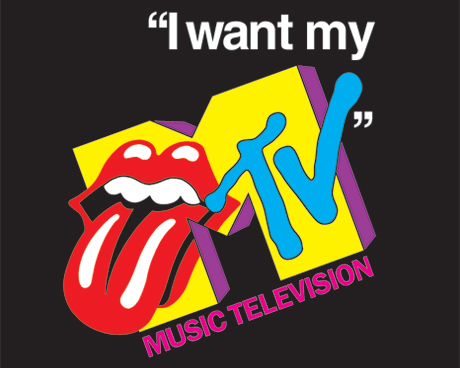 Always go for The Big Idea
The Big Idea in advertising sears the virtues of a product into a viewer's brain and heart, resulting in a sales explosion. To be a master communicator, words and images must catch people's eyes, penetrate the minds, warm their hearts, and cause them to act! Great advertising, in and of itself, becomes a benefit of the product. As an entrepreneur; in a new business start-up; in any creative industry - always go for The Big Idea. 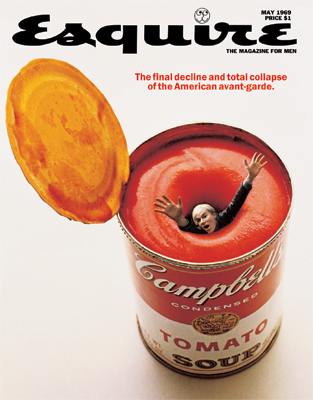 Andy Warhol on the cover of Esquire magazine (1969)

Why just be a Creative Thinker - when you can be a Cultural Provocateur!
Great graphic and verbal communication depends on understanding and adapting to the culture, anticipating the culture, criticising changes in the culture, and helping to change the culture. Any entrepreneur, inventor, artist, graphic designer, adman, fashion designer, architect, editor, doctor, lawyer, politician - anyone who instinctively feels the way to go is against a conservative, indoctrinated society and bucks the trend, and who understands the zeitgeist of the time - has the passion and capability to become a cultural provocateur. So if you're a young person with an entrepreneurial spirit who aspires to succeed, not only in business, but in life, your mission is not to sedate, but to awaken, to disturb, to communicate, to command, to instigate, and even to provoke. 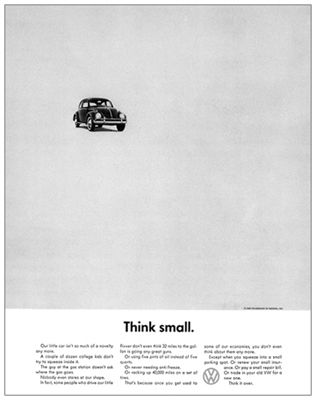 To create great work, here's how you must spend your time: __ 1% Inspiration__ ,__ 9% Perspiration__ ,__ 90% Justification__
I don't care how talented you are. If you're the kind of creative person who gets your best work produced - justifying and selling your work (to those around you, to your boss, to your client, to lawyers, to TV copy clearance, etc.) is what separates the sometimes good creative thinker from the consistently great one.