If you want to know what it takes to become a great chef in America just ask Corey Lee. His three Michelin star restaurant Benu has been called the best in America by David Chang and lauded by the likes of Thomas Keller too. Yet, despite this acclaim, excellence is not about glory, as Lee explained in his Charlie Rose interview last week. Instead, he said, the ability to cook and serve great food comes from “the love of craft.” 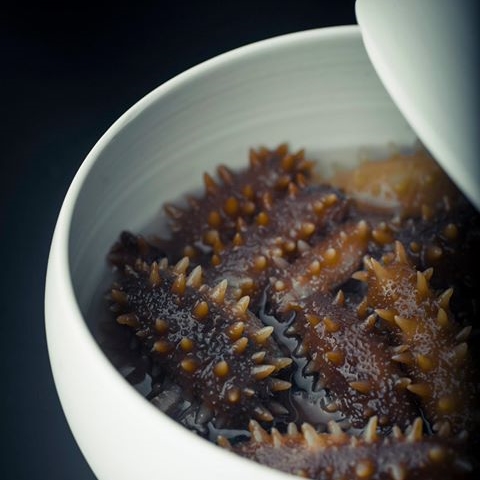 Sea cucumber, as served at Benu

Lee was speaking to the US talk-show host at the beginning of his intercontinental book tour. Craft, according to Lee, “means making something over an over". It means "working with your hands", and understanding that is a  "rewarding experience".

"It can’t be about owning a restaurant one day," Corey explained. "Because that might not happen. It can’t be about notoriety, because that’s a by-product of doing something well. You really have to find satisfaction in coming to work every day, and doing the same things over and over."

Lee doesn’t see cookery as a simple production-line process. “Slowly it evolves, because there’s a creative, artistic aspect to cooking,” he said, “but ultimately it’s about making something with your hands."

It helps, of course, that this hand-made food is served in San Francisco, a city that Lee appreciates not only for its mix of Asian and American cultures and influences, but also for its proximity to Silicon Valley. “It’s a very important part of the dining culture of San Francisco,” he admitted. “It’s about innovation, newness and embracing new things. And then there’s also the very pragmatic aspects of it: we have an industry that can support all these restaurants!"

Such support has enabled Lee to present food at Benu more honestly. As he told Rose, his approach to culinary aesthetics has changed over the last few years. Now, rather than serving the most delicate arrangements possible, he asks himself, “how do you make something look delicious, but not have 20 chefs in the back of the kitchen with knives and tweezers manipulating these things?”

It’s a great interview; watch the whole thing to hear Lee also discuss his childhood dislike of the popular Korean vegetable kimchi, why he didn’t open a restaurant in New York and what’s so great about pork. You can view the full interview above. And for greater insight into Corey’s cookery and culinary development buy a copy of Benu here.