Some of you may not have yet heard of the Korean American chef Roy Choi. Though if you’ve ever found yourself outside a club on Sunset strip in the early hours of the morning you may be familiar with his tasty Mexican tacos.

Roy is pretty much the founder of the food truck movement and is best known as the creator of the Korean taco truck Kogi BBQ, described by Time as "the first viral eatery" and one which kept West Hollywood happy. He’s a chef who’s celebrated for “food that isn’t fancy” - though there's way more to him than that - he's also done highbrow at the Beverly Hilton and Le Bernardin.

Now he can add the title celebrity interviewer to his ever-expanding resumé. Earlier this week Roy hosted a great chat with one of the fastest rising stars of the culinary world, our very own Corey Lee.

The chat took place in a beautiful auditorium, the Anne and Jerry Moss Theatre in a private school in Santa Monica, and 150 guests turned up to sample the food and chat to Corey. 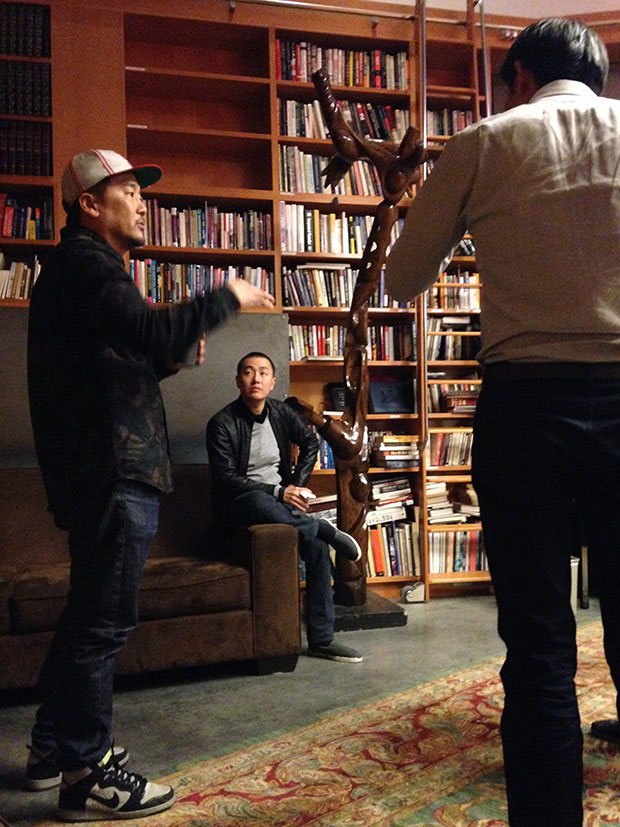 Corey and Roy Choi before the talk

The event began with a private reception with food inspired by Benu, the book including the delcious potato salad with anchovy and chocolate with candied seeds. This was a chance for fans to get to speak intimately with both chefs.

Following the reception, the two men took to the stage and spoke about their influences, their different cooking styles and the concept of Korean and Korean-American identities. The conversation was lively and the audience was very engaged asking a number of interesting questions. Kudos if you were there and asked one.

But don’t worry if you weren’t. The hosts, Live Talks, filmed the event and will by streaming it on their site in the next couple of weeks. We’ll let you know when that’s up.

And if you’re lucky enough to be in New York next weekend Corey is at an event at 92nd Street Y with Thomas Keller and Mimi Sheraton. Corey will also be taping an appearance on The Charlie Rose Show while he’s in the city. We’ll bring you a stream of that once it’s been broadcast. You can check out Corey's other tour dates here.

Meanwhile if you don’t know what all the fuss is about yet, head into the store and take a good look at Corey’s book Benu. Based around a tasting menu at his San Francisco restaurant it really brings the work of this pioneering Korean American chef to life. 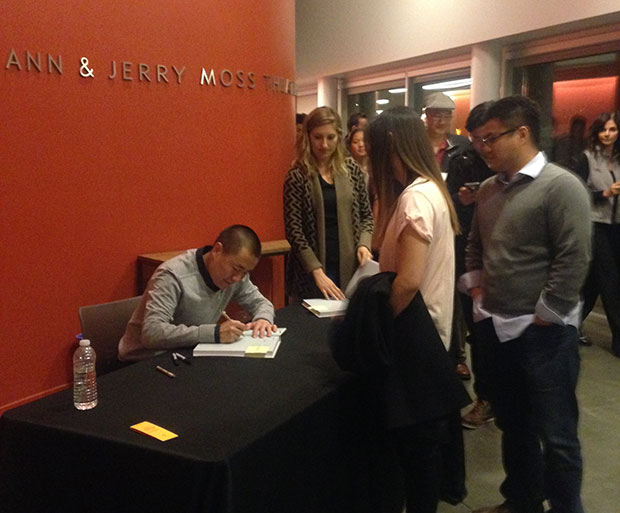 Corey signs a copy of Benu for a lucky guest

More on That's Corey Lee down there!